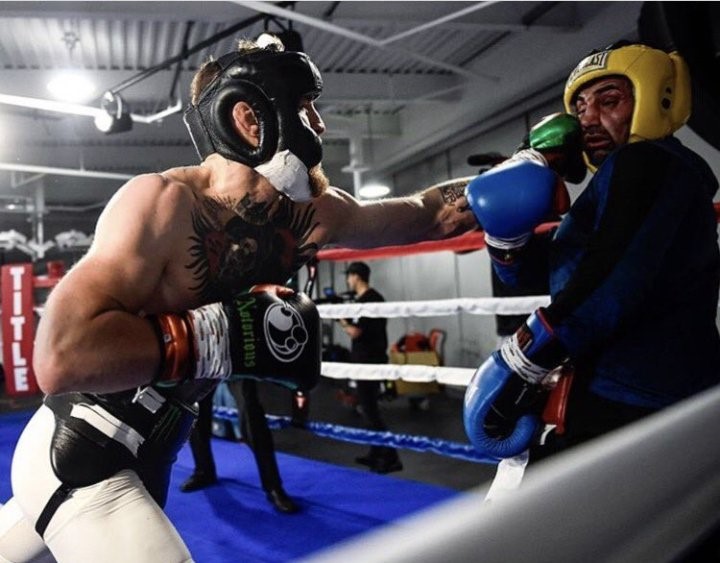 You must’ve seen the video by now.

For weeks, we’ve been hearing stories of former two time boxing champion Paulie Malignaggi getting knocked down by Conor McGregor in sparring. The photo released by McGregor’s personal photographer David Fogarty showed the Irish MMA star looking over a fallen Malignaggi. Malignaggi has denied he ever got knocked down and asked the McGregor camp to release the video of the 12 round sparring session. Malignaggi got his wish. Well, sort of.

UFC President Dana White posted a couple of the Conor-Paulie sparring session on his Twitter account. In one video, McGregor is seen raining punches on a seemingly hurt Malignaggi. In the other video, the ‘knockdown’ that the world has wanted to see was revealed.

For all the people who think @TheNotoriousMMA can't box. This is gonna be a FIGHT! Conor vs Paulie Malignaggi former IBF/WBA World Champion. pic.twitter.com/CcTkFq0fhr

Here is the video everyone wanted to see of Conor vs Paulie Malignaggi former IBF and WBA World Champion @TheNotoriousMMA pic.twitter.com/GfFP3SKsye 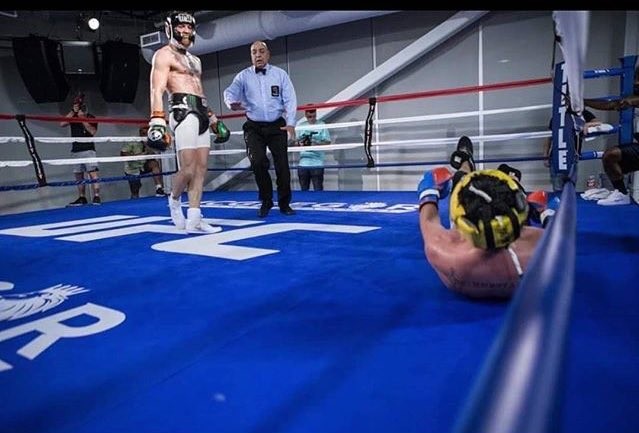 Almost immediately after the video went viral, Malignaggi took to his Twitter account to dispute the video:

“Pushing my head down with right hand as he’s draggin me in that direction by it then throwin the left, the push down is with right hand. Honestly he disguises it better than I thought or it the angle of the vid, in real time in gym no one thought knockdown we just continued.”

Malignaggi went on to argue that the McGregor camp intentionally cut the video almost at the same time the former boxing champ went down, not showing the immediate next sequence where veteran boxing referee Joe Cortez reportedly said ‘no knockdown’ as the sparring session continued. For more of the scientific and technical explanation, you can check Paulie’s Twitter account. He has tons of explanation over there. In fact, he’s answered the comment of every soul who reacted to the video. Whether it was a knockdown or not is besides the point. The point is McGregor’s camp is making it appear that the two division MMA champion has a legit chance at beating Floyd Mayweather Jr. on August 26th. 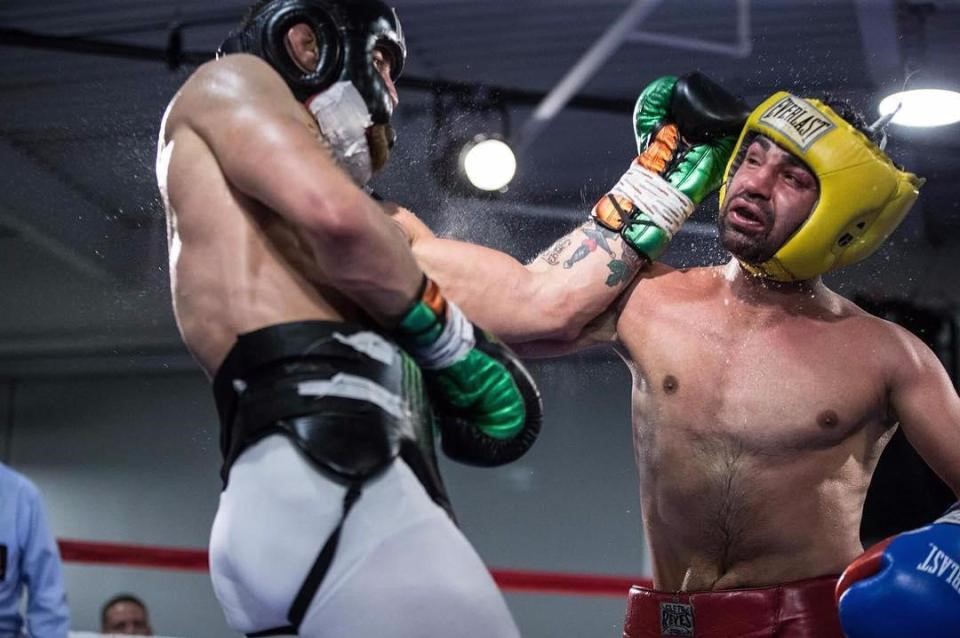 Knockdown or not, Conor McGregor’s team has painted a picture of the Irishman beating a former boxing world champion in sparring. In another image, Malignaggi’s face looks puffy and near busted. On the second Dana White video, McGregor is seen unloading ‘punches’ on Malignaggi, legitimately hurting him with a left hand while Paulie is trying to mimic ( poorly) the Mayweather shoulder roll.

Malignaggi claims the second video was cut from round 12 of their sparring session which he admits McGregor won. The ‘knockdown’ was from round 8. The videos were cut and pasted to make it appear like one sequence. And so on. He also says his face got puffy because unlike McGregor, he used an open face headgear. Malignaggi admits he wasn’t in shape to spar 12 rounds but believes he got the better of McGregor in all but two rounds.

Edit or not, the McGregor camp has painted a good picture of Paulie Malignaggi getting hurt in sparring by a fighter who’s never boxed professionally before. Legit or not, that’s a story by itself. 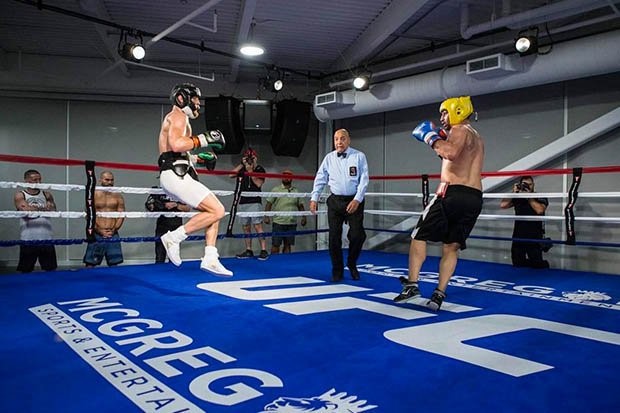 Malignaggi says he feels that he was set up. If he was smart enough ( as he thinks he is ), he would’ve realized that from day one. Why would McGregor hire an out of shape former boxing world champion to mimic Floyd Mayweather Jr. in sparring? Why would they let Paulie fly in on a Monday and then have him spar 12 rounds on Tuesday? Why Conor’s personal photographers were there? Obviously, the McGregor camp wanted to capture every single bit of success they had, no matter how little.

No comes Dana White’s two ten second videos. The UFC President’s tweeted videos lasted for a total of 24 seconds. Do you think if McGregor dominated Paulie they wouldn’t have shown all of those moments? The photos posted by McGregor’s photographer were obviously one-sided. So was the knockdown. Why did they cut the video? They should’ve shown how Joe Cortez counted on Malignaggi. In most probability, there was no count because there wasn’t any knockdown.

With two weeks to go before the fight, the promotion continues as the fighters continue their preparation. This week, both Mayweather and McGregor had their public media workouts. Last month, the duo embarked on an ambitious four city world tour to promote the event. The reception to the world tour was overwhelming but according to reports, the enthusiasm has not translated to ticket sales. On the other hand, the Canelo vs GGG boxing bout set for September 16 has already sold out. The difference? The latter is a real boxing fight with epic proportions. The former had an epic promotion but is not a real boxing fight in a sense that it may turn out to be a no-contest in favor of Mayweather.

McGregor remains as a 6/1 underdog to win. An $880K bet was recently placed on Floyd Mayweather Jr. despite the bet only yielding the bettor $160K if Mayweather is victorious. Look, Mayweather is sparring with Errol Spence and Zab Judah. McGregor is ‘setting up’ an out of shape Paulie Malignaggi in an effort to look legit. The difference in sparring partners is obvious, although it won’t matter on fight night. But Paulie Malignaggi? The guy has done his share in giving the Mayweather vs McGregor fight a big boost and helping sell it. Perhaps Conor owes him a bonus or something. Or maybe give him a fight after August 26.