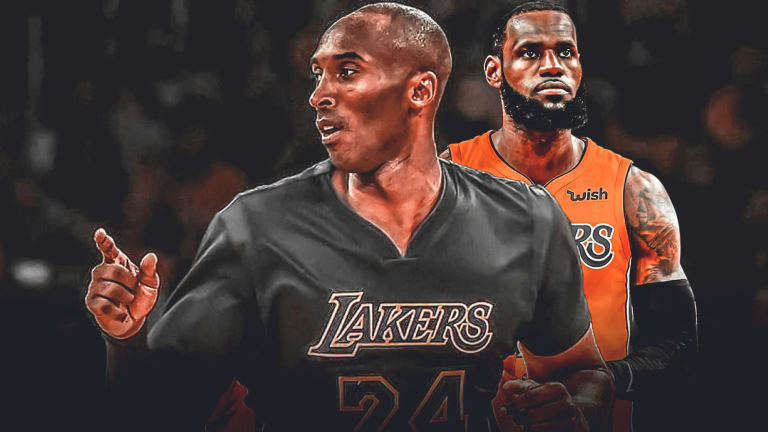 Kobe Bryant just turned 40 years old and despite being away from the NBA for the past two seasons, there are still rumors that he may be interested in returning to the league especially now that the Los Angeles Lakers have signed the best player in the planet in LeBron James.

And why not? His former Lakers teammate and fellow future Hall of Famer Karl Malone played for the Lakers at the age of 40 and still contributed good numbers to help the team reach the 2004 NBA Finals. And yes, didn’t Lakers great Kareem Abdul Jabbar play up to the age of 41 and still help the Lakers win back to back NBA titles in the 80’s? Why not, really? With LeBron James in the peak of his physical prowess and a talented core of young stars, the Lakers surely have a chance to make the playoffs. With a 40 year old Bryant aboard, all that championship experience and mamba mentality are going to be a huge plus in the postseason.

Who knows if LeBron and Kobe can lead the Lakers to another NBA title. That would give Bryant his sixth NBA title, matching him with the great Michael Jordan. That would also give LeBron James an NBA title with a third different team. That would be some kind of a fairy tale story for the Hollywood based franchise. But dream on folks because the Black Mamba says no more basketball for him. 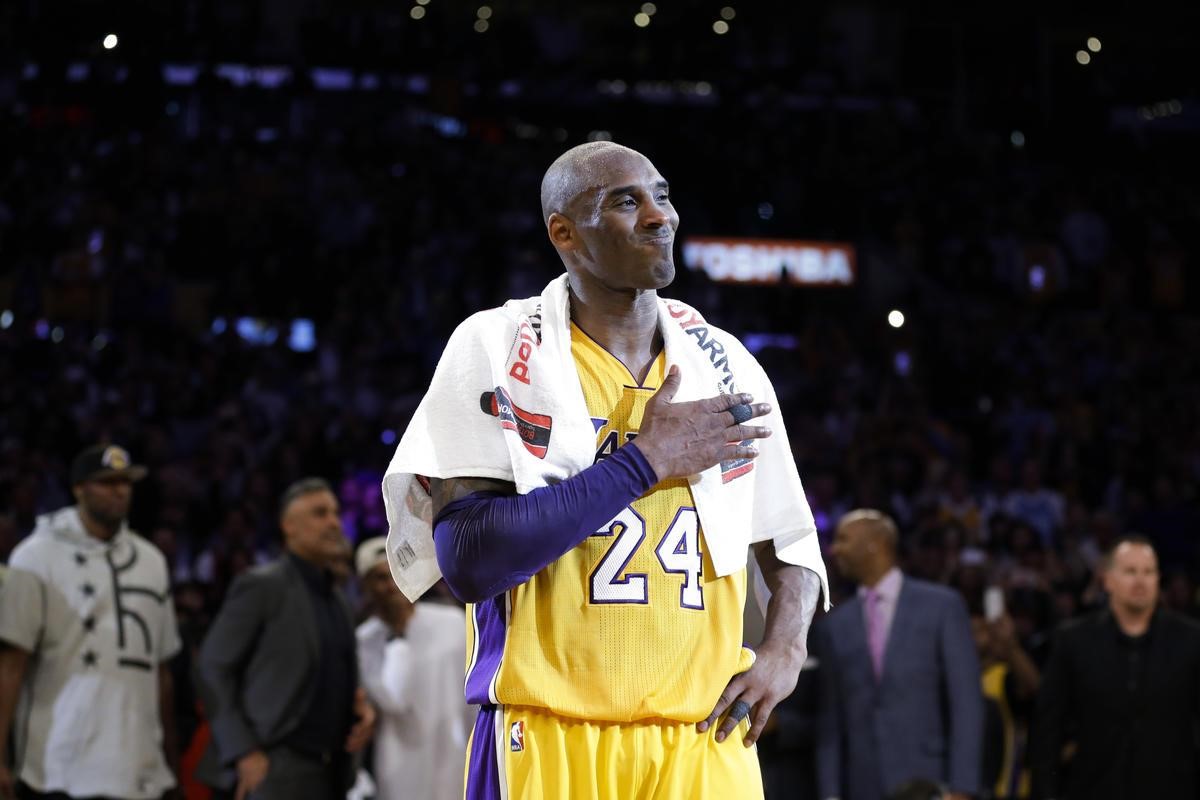 In a recent appearance at the “Rich Eisen Show”, Kobe Bryant officially shut down the rumors of an impending return to the Los Angeles Lakers. Bryant laughed off the speculations and said that he is done with the game, period. As he said during his final NBA game- “Mamba Out”. Said Bryant:

“There is about a zero percent chance that I come back and play….Nothing. Done. That's it."

"Unfortunately for us athletes, we have been pigeon-holed into thinking that we can only be one thing. So when I retired, everybody is saying he is too competitive, he is not going to know what to do with himself. He is going to have to come back. I took that as a personal challenge of them thinking that I am this one-dimensional person, that all I know is how to dribble and shoot the ball and play basketball and compete at that level. I will never come back to the game. Ever."

Bryant knew what to do even before he retired. He set up a corporation that would manage his endorsements, investments and business deals. We know how successful he already is in one investment alone. Of course, you must have heard by now how his $6M investment ( or gamble? ) in the Bodyarmor sports drink has now ballooned into a $200M windfall.

Bryant didn’t just put money into the Bodyarmor business. He used the product when he was recuperating from his ACL injury. He believed in the product.He took a seat as a member of the board. He became an endorser of the product. As he famously said, he “put his skin in the game.” Now it’s even added more zeroes to his bank account. And again, that’s just one investment. And Bryant has others.

Not only did Bryant just indulge into business. He also ventured into creative work. In 2016 or as his NBA career was nearing its end, he set up Kobe Studios as part of Kobe Inc. Then Bryant formed Granity Studios, a multi-media original content company. It was Granity Studios who produced Bryant’s Oscar Award winning “Dear Basketball” piece. Currently, Granity Studios has deals with ESPN among others.

So having just won an Academy Award, which some of Hollywood’s finest actors have not and having grown $6M in investment to $200M over a four year period, which is way beyond the normal return of investment of huge multinational companies, why would a 40-year NBA retiree even think of going through the rigors of an 82 game regular season again? The lure of another NBA ring perhaps? Maybe not. 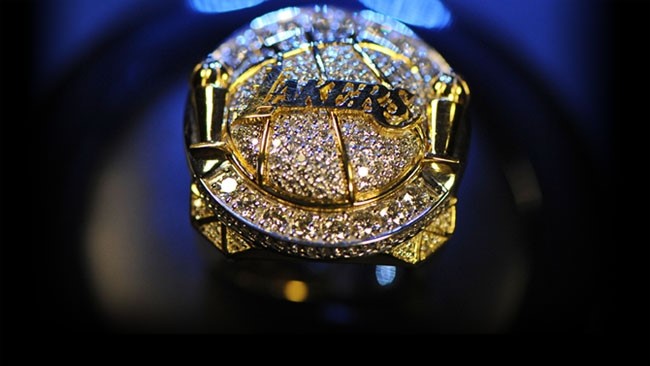 As early as 2015, Bryant had already come to grip with not having a 6th NBA ring. As he said, he did everything he could and pushed as hard as he could. And he is completely fine with that. Just that simple. As for LeBron James and his new look Los Angeles Lakers, Kobe said:

With or without Bryant, winning the NBA championship-at least in the immediate time, is a far fetched possibility for the Lakers given several reasons. For one, they reside in the Western Conference where not only the defending champions Golden State Warriors reside but also last season’s #1 regular season team in the Houston Rockets. Number two, as if the Warriors were not good enough, they added DeMarcus Cousins to their line-up. As for Houston, the Rockets signed all-star forward Carmelo Anthony to a one-year deal. Meanwhile, the Lakers don’t have that firepower yet. What they have is a talented veteran crew to back up James and a young core eager to win on the big stage. Whether that translates to playoff success next season remains to be seen. What is sure though is that the King and his court have the Black Mamba’s backing.

"I spoke to him during the playoffs, and then I talked to him last night, right after the decision. told him, 'Welcome to the family, man.' It sounds crazy, but I said, 'Dude, you are part of the family now. So anything you need on my end, I got you. Whatever the case may be, I am here for you.' Just wishing him and his family the best and looking forward to seeing them when they get in."

"Dude, as people, you got to help your brothers do well," added the ultracompetitive Bryant. "I had a great run, I played 20 years, it was awesome, I had a great time, we are fortunate enough to win five championships and all that. Now it is somebody else's time. And that is what the Lakers have always been about."

"We were able to carry on the tradition with Magic's and Kareem's [Abdul-Jabbar] support, and certainly it is our responsibility to pay that forward, so anything that I can do whatsoever to help LeBron bring a championship back to the city of L.A., I am all for it."

Well anything except putting on a Lakers jersey again.

LeBron’s arrival in Los Angeles hasn’t been all royal. A couple of murals of LeBron James as a Laker in the Los Angeles area were defaced. But while not everyone in L.A. has been welcoming, Bryant has got King James’ back. When asked about some of his die-hard fans having issues with James in purple and gold, Kobe replied:

"I hear that. But listen, if you are fan of mine, you are a fan of winning, you are a fan of the Lakers. I bleed purple and gold. So that is above anything else. I have been a Lakers fan since I was yay high. That is never going to change. Right? [It] is about winning championships. So they'll fall in line."

The Lakers are LeBron James’ team now. The King has been given the unenviable task of taking the purple and gold back to the land of promise and give them back prominence. Sure, he is the best basketball player in the planet right now, but it will not be an easy task. The critics will always be there. But as Kobe Bryant said, the fans just have to support James and his Lakers.

The Mamba has spoken. There will be no more comeback. Only a new King to serve. So Lakers fans, start falling in line now.