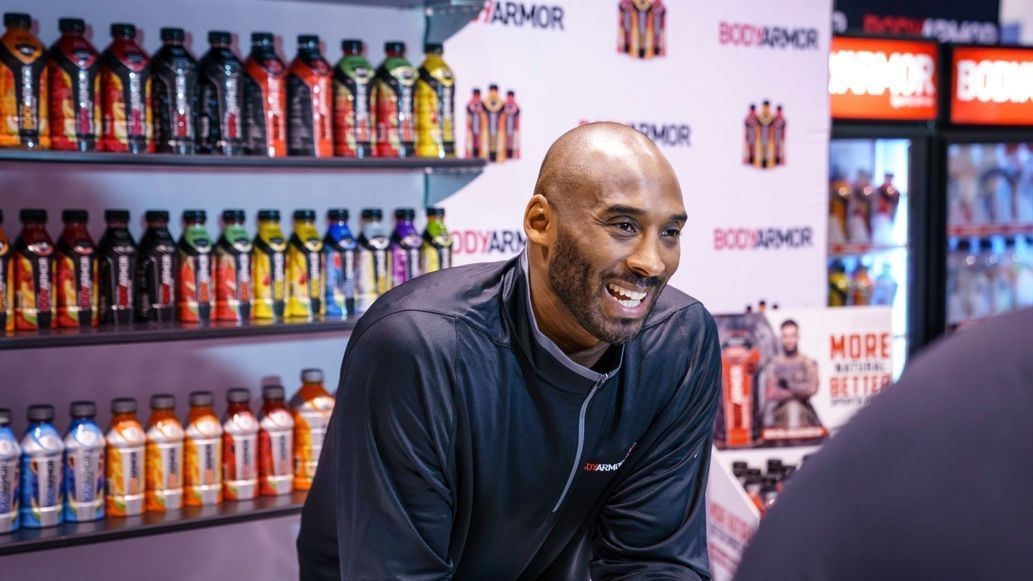 Even past his retirement, Kobe Bryant continues to be very successful.

The Los Angeles Lakers legend won a total of five NBA titles, four All-Star Game MVPs, Two NBA Finals MVPs and one NBA MVP award during his storied 20 year NBA career. Bryant retired from the NBA in 2016 but two years after he left the game, the man famously known as the Black Mamba is still winning big.

Bryant’s midas touch inside the hardcourt has translated to success outside it. First he launched his own production company called Granity Studios. Then Bryant won an Academy Award for his “Dear Basketball” film. Now, a $6M investment has snowballed into a $200M windfall. What else could the Black Mamba not do?

Two years before Bryant hanged up his “Kobes”, he set up Kobe Inc.-his own company which was designed to help him with his business ventures after life in the NBA. Bryant said he would no longer be interested in endorsement deals. Instead, he wanted to be involved in growing with businesses. Said Kobe in 2014:

"We want to own and help grow brands and ideas that challenge and redefine the sports industry while inspiring," Bryant said. "If it doesn't have the limbs of the sports industry, which I understand extremely well, then I probably won't touch it." 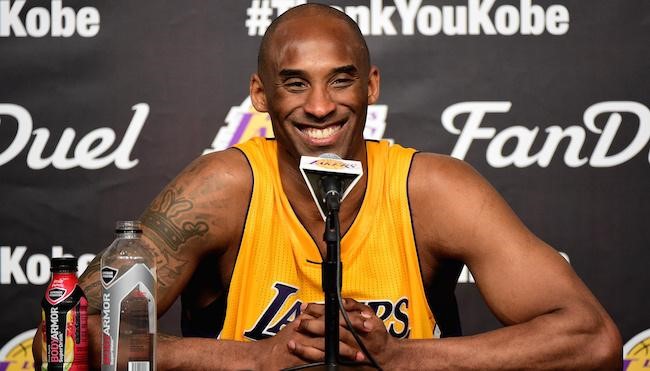 On that same week, Bryant announced that he made his first investment and that was in BodyArmor, a sports beverage that was branded as a “healthy alternative” to rival brand Gatorade. At that time, Bryant’s exact investment wasn’t known. However, he admitted to have invested “millions” of his personal money on a company that was coming off a year where it made $10M in sales.

BodyArmor though, said that at that time, Bryant was the third largest investor in the company behind founders Michael Repole and Lance Collins. Repole was co-founder of Vitaminwater and Smartwater, which were bought by Coca-Cola for $4.1B in 2007. Collins meanwhile also sold his drinks Fuze and NOS to Coca-Cola for $250M also in 2007.

Said Kobe about his first investment:

"From a standpoint of innovation, if you look at the category, the category itself has been a dormant one for years," Bryant said. "They have become accustomed to drinking one product because that's been the only one available to them. There hasn't been a product that has come to them and said, 'There's another way to upgrade your sports drink.' "

BodyArmor provides superior hydration by combining electrolytes, coconut water, natural flavors and natural sweeteners. It also has a lower sodium content that its competitors. Bryant discovered BodyArmor while rehabbing from his Achilles injury. He liked the product, believed in it and as he said,

Fast forward to 2018. Earlier this week, beverage giant Coca-Cola announced that it has agreed to buy a stake in BodyArmor in the hopes of loosening the grip of rival Pepsi Cola’s Gatorade in the lucrative sports drink market. 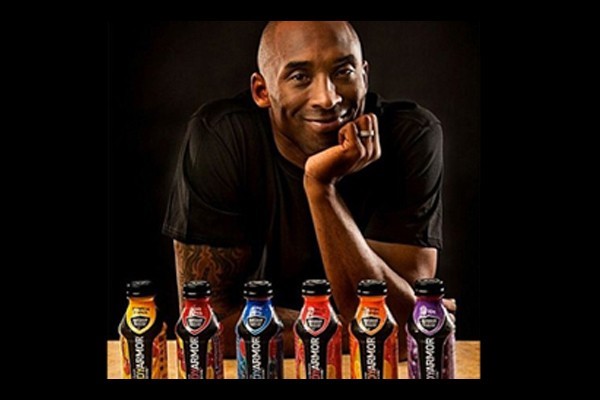 According to Coca-Cola, BodyArmor’s sales had at least doubled in each of the last four years. Its growth rate was dubbed by Wells Fargo as the “worst nightmare” to Gatorade and Coca-Cola’s own Powerade sports drink. Gatorade and Powerade have long been the top two players in the billion dollar sports drink industry.

Gatorade has controlled 75% of the nearly $8B US sports drink market per a report from CNN Money. However, research firm Euromonitor International said that Gatorade sales were down 0.5% in the US to $5.9B last year and that the brand had lost market share. The main reason? Consumer have been looking for a healthy alternative. That’s where BodyArmor came in.

As the healthier sports drink, BodyArmor has been chipping away and significantly since Kobe Bryant entered the picture. Now Coca-Cola wants to position it ahead of Powerade in the hopes of dethroning Gatorade as the #1 sports drink. Whether Bryant’s involvement in the company had something to do with it or not, it cannot be denied that BodyArmor has grown since the Black Mamba became a part of it.

Analysts at Wells Fargo said that based on Nielsen data, BodyArmor had an estimated retail sales of $288M, a climb of 90% over the past year. Wells Fargo analyst Bonnie Herzog said that she expects BodyArmor to continue its rise as Gatorade will continue to “cede shares to BodyArmor.” The company is projected to top the $400M in sales for 2018. 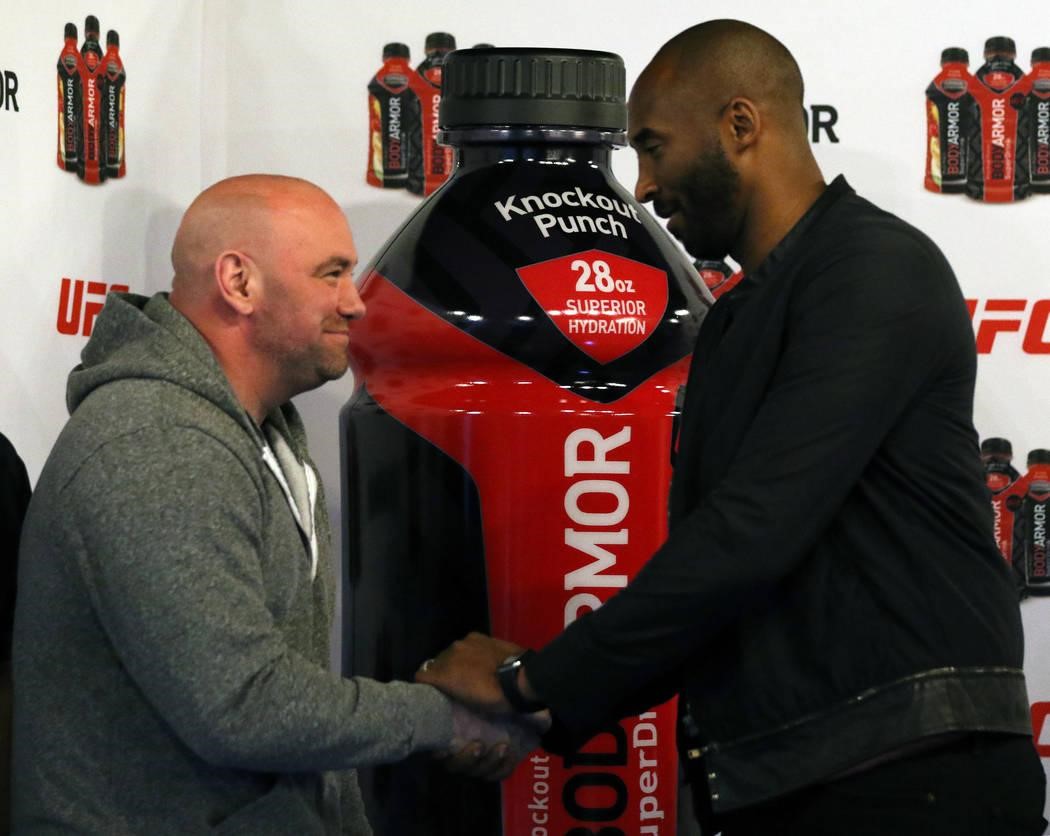 In a report from the ESPN’s Darren Rovell, Kobe Bryant’s $6M investment in 2014 has now ballooned to a value of $200M based on the valuation of the Coca-Cola deal. If that is indeed accurate, then Bryant’s investment hasn’t just doubled or tripled in a mere four years. It worth more than 30 times its original value!

The return on Bryant’s investment is the highest of its kind. In 2014, or about the time when Kobe invested in BodyArmor, LeBron James made $30M from a meager stake in Beats by ‘Dre after it was bought by Apple. Similarly, King James turned a $1M investment in Blaze Pizza to a reported $40M equity. But even if you add up King James’ incredible investment income in both products, it wouldn’t be half of what the Black Mamba has made with one investment. Talk about being the GOAT.

In 2016, Forbes estimated that Bryant made $680M in salaries and endorsements during his 20 year NBA career. The amount wasn’t adjusted for inflation and according to Forbes, it is the most that any team athlete has ever made during the course of his playing career. At that time, Bryant’s net worth was estimated to be $350M. With his latest triumph, you can expect the Black Mamba to be a lot richer.

With the arrival of Coca-Cola, Kobe Bryant has been demoted to being the fourth largest investor in the company. Co-founder Repole is the top investor, Coca-Cola is second while Keurig Dr. Pepper is third. But the Black Mamba surely won’t mind not being first on this list. Not with $200M on his bank account.