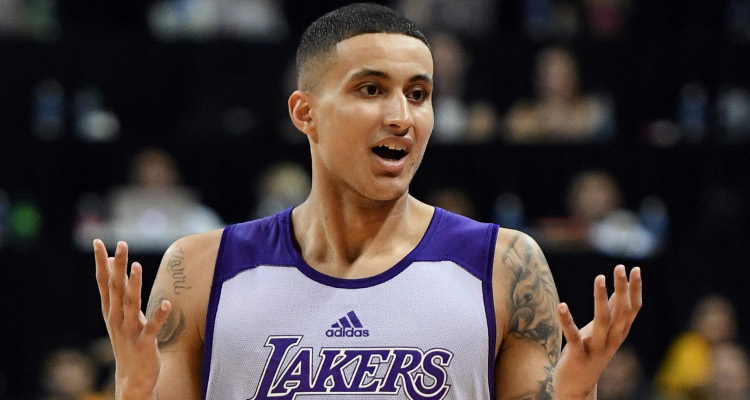 Nike over Big Baller Brand. No, just kidding. Or just do it, for Kyle Kuzma. The Lakers’ rookie announced on social media that he is excited to be a part of the swoosh family:

Excited to be apart of the @nikebasketball family #Swoosh pic.twitter.com/qL47MGvsFC

Whether he’ll have his own shoe or not is another story. Still Kyle Kuzma getting signed by Nike is a big thing. It’s a slap on the other GMs who passed on him in the 2017 NBA Draft. That’s because nobody-except the Lakers, expected him to be this good, this early.

Now everyone’s raving about how good the kid played in the Summer League. Even Kevin Durant gave him praises:

It’s early to tell whether Kyle Kuzma is going to be a star. But with what he’s shown so far, he looks pretty special.

I really hate to say this but Kyle Kuzma was a by product of the deal which sent D’Angleo Russell to the Brooklyn Nets. During that trade, the Nets sent center Brook Lopez and the 27th pick of the 2017 NBA draft to the Lakers as compensation for D’Lo. The Lakers then used the pick to select forward Kyle Kuzma of the University of Utah. The rest as they say is history.

Kuzma landed on the Lakers’ Summer League team which of course was led by no other than the ‘future’ of the Lakers himself, Lonzo Ball. Ball’s presence made the 2017 Las Vegas Summer League a commercial success but Lonzo’s on court success wouldn’t have been possible without Kyle Kuzma. 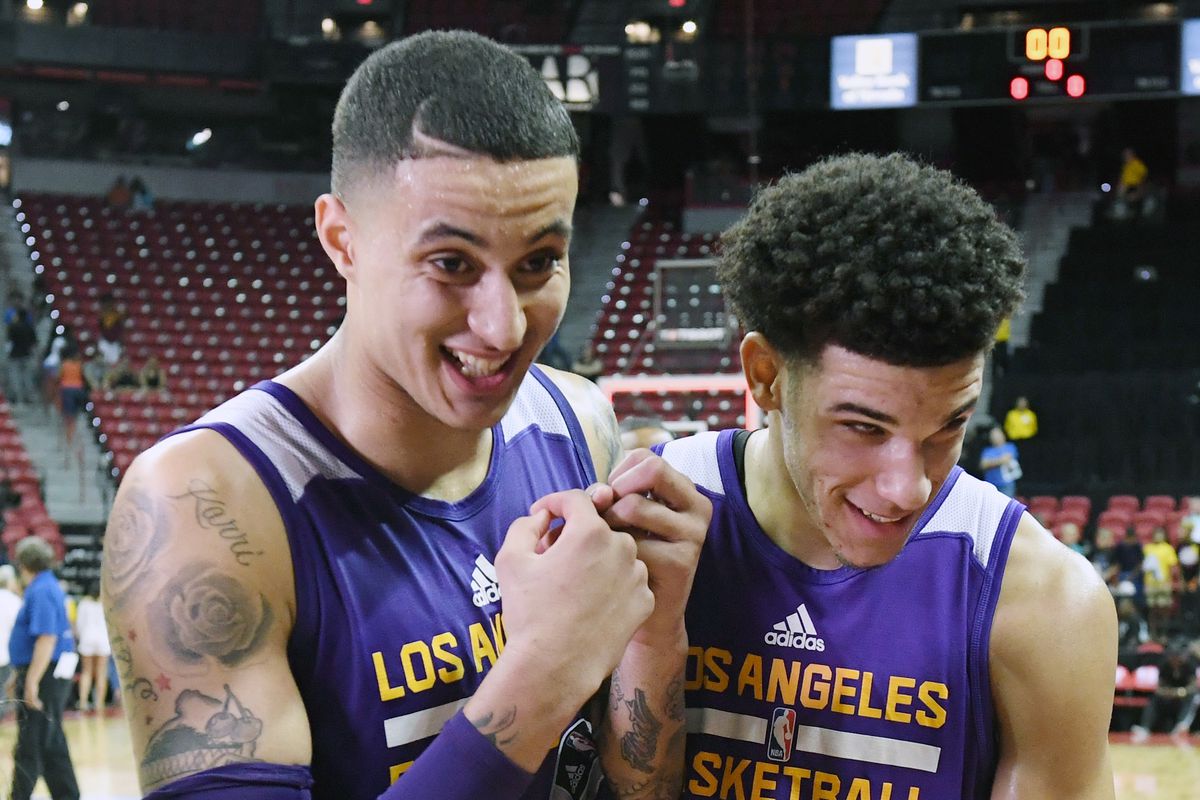 Kuzma was the recipient of many of Lonzo Ball’s baseball passes. Often times, the two finished fast break and transition plays which helped the Lakers secure the 2017 NBA Summer League title. Kuzma was also knocked down plenty of three pointers off assist passes from Ball. Because of Kuzma’s offensive IQ and awareness, Ball averaged a tournament and summer league best 9.7 assists per game. On the other hand, Ball’s assist passes enabled Kuzma to average 21.9 points per game on 51.4% FG shooting. Do we see a potential one-two punch in the upcoming regular season? Who knows.

But Kuzma was as good as he was advertised. In his Draft Express profile, Kuzma’s noted strengths were his fluidity and size, offensive versatility, passing ability and NBA fit. It’s a surprise why not many scouts noticed him and why 26 other teams passed on him. But for sure, the Lakers found a diamond on the rough. And his skill set is just perfect to put beside an excellent playmaker like Lonzo Ball.

Kuzma was an under the radar pick for the Lakers. There wasn’t any hype around him and he was expected to be picked in the late first round of early second round. The 6-9 220 pound forward averaged 10.1 points, 5.5 rebounds and 1.5 assists in three season with the Utes. Kuzma made his mark during his junior season with averages of 16.4 points, 9.3 rebounds and 2.4 assists.

Many so-called experts wondered why the Lakers picked him at the draft when the team already had young potentials Larry Nance Jr. and Julius Randle. But Kyle Kuzma is different. Not only does he have the better three point shot, his instincts when running the break are as good as Lonzo’s passing ability. That’s a steal for L.A.

Not To Be Outdone 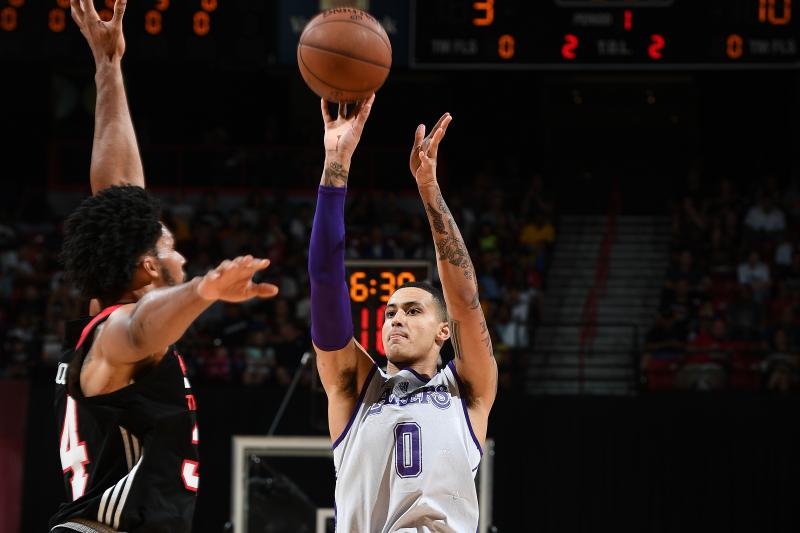 You knew there was something more than a 27th pick in Kyle Kuzma. Sure, the Lakers’ summer league team was supposed to be the Ingram and Ball show but when Ingram got hurt in the first game, Kuzma got the opportunity to prove himself. And he did. Lonzo Ball was summer league MVP. Kyle Kuzma was summer league Finals MVP.

On the night Lonzo Ball recorded the first ever triple double in NBA Las Vegas Summer league history, Kyle Kuzma quietly poured in 31 points on 5-10 shooting from three ball. When Ball put on 36 points and 11 assists in front of LeBron James, Kuzma silently produced his own double double with 13 points and 12 boards. And on the the big night where Ball didn’t play, Kuzma delivered 30 points on 6-10 shooting from downtown.

"Light-skinned brothers, that must be the connective unit we have"

We know about the Splash Brothers in Golden State. Well maybe we’ll be watching the Light Skin brothers next season in L.A. According to Lonzo Ball, that’s what the chemistry between him and Kyle Kuzma’s all about. There’s no doubt the connection is there. What Magic and the Lakers need to do is hone it to become the next Magic to Worthy fastbreak combo.

Going back to shoes, Kyle Kuzma’s light skin brother doesn’t have a shoe deal yet. You can’t call the Big Baller Brand a shoe deal because as Lavar and Lonzo say, when you’re a big baller you can wear any shoe you like. Lonzo tried out BBB, Kobe, Harden, Jordan and Curry in different summer league games. Will he finally settle with one brand soon after Kyle Kuzma has signed with Nike?