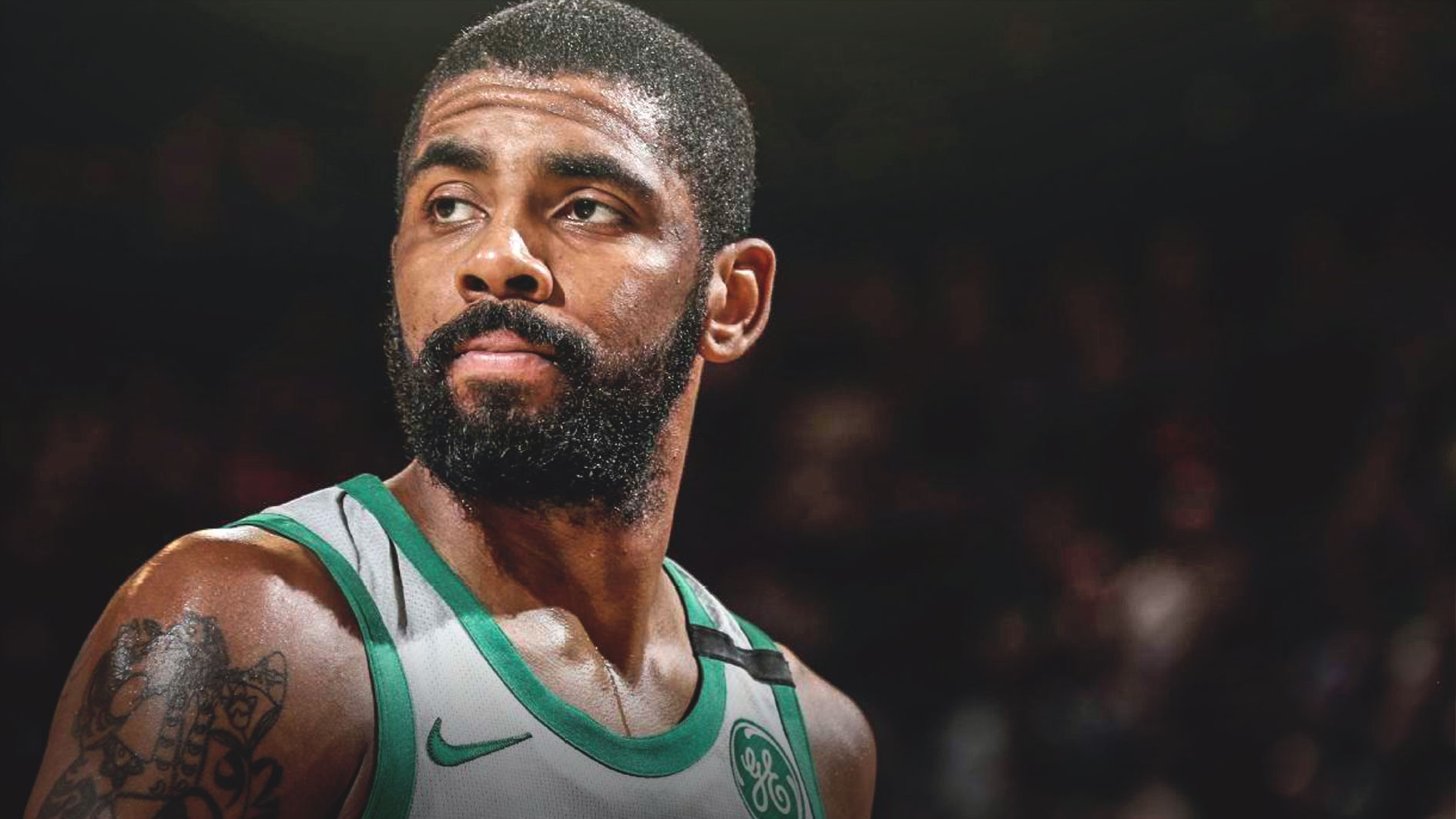 The 2018-19 NBA season hasn’t even started yet but the 2019 free agency rumors have started to pick up already.

The New York Knicks, who have been trying to turn their franchise around, are one of the teams who are expected to make big moves next summer. And this early, they have reportedly made known their 2010 plans: Kyrie Irving.

According to NBC Sports’ A. Sherrod Blakely, the Knicks will go all-out in pursuit of the Boston Celtics’ guard. Said Blakely during the Bulls Talk podcast:

"I've spoken with people within [the Knicks] organization. They have made it absolutely crystal clear to me that—if they had their pick of guys that are going to be in the free-agent market [next] summer—Kyrie would be their first, second, third and fourth choice," Blakely said.

Last July, Newly appointed New York head coach David Fizdale said that he believes that his team will be making “big moves” in the summer of 2019:

"[Knicks general manager] Scott [Perry] and [team president] Steve [Mills] have done an incredible job of lining it up so that we're in a position next summer to make moves," Fizdale said Tuesday at the Knicks' summer league practice in Las Vegas, according to published reports. "I just feel like with the relationships we've built and our approach to the game and our view of players and the way we view guys and the way we treat guys and the culture we want to build, I really think we're going to find somebody who fits the bill.
"As we get our culture in place, [injured All-Star forward Kristaps Porzingis] gets healthy, we start moving into next summer, I really feel like we'll have the bricks in place to make some big moves."

Without saying names, Irving is already included in that conversation because he, Jimmy Butler, Kawhi Leonard, Klay Thompson, DeMarcus Cousins, Kevin Durant and Kemba Walker are among those who are expected to be the top free agents of next summer. 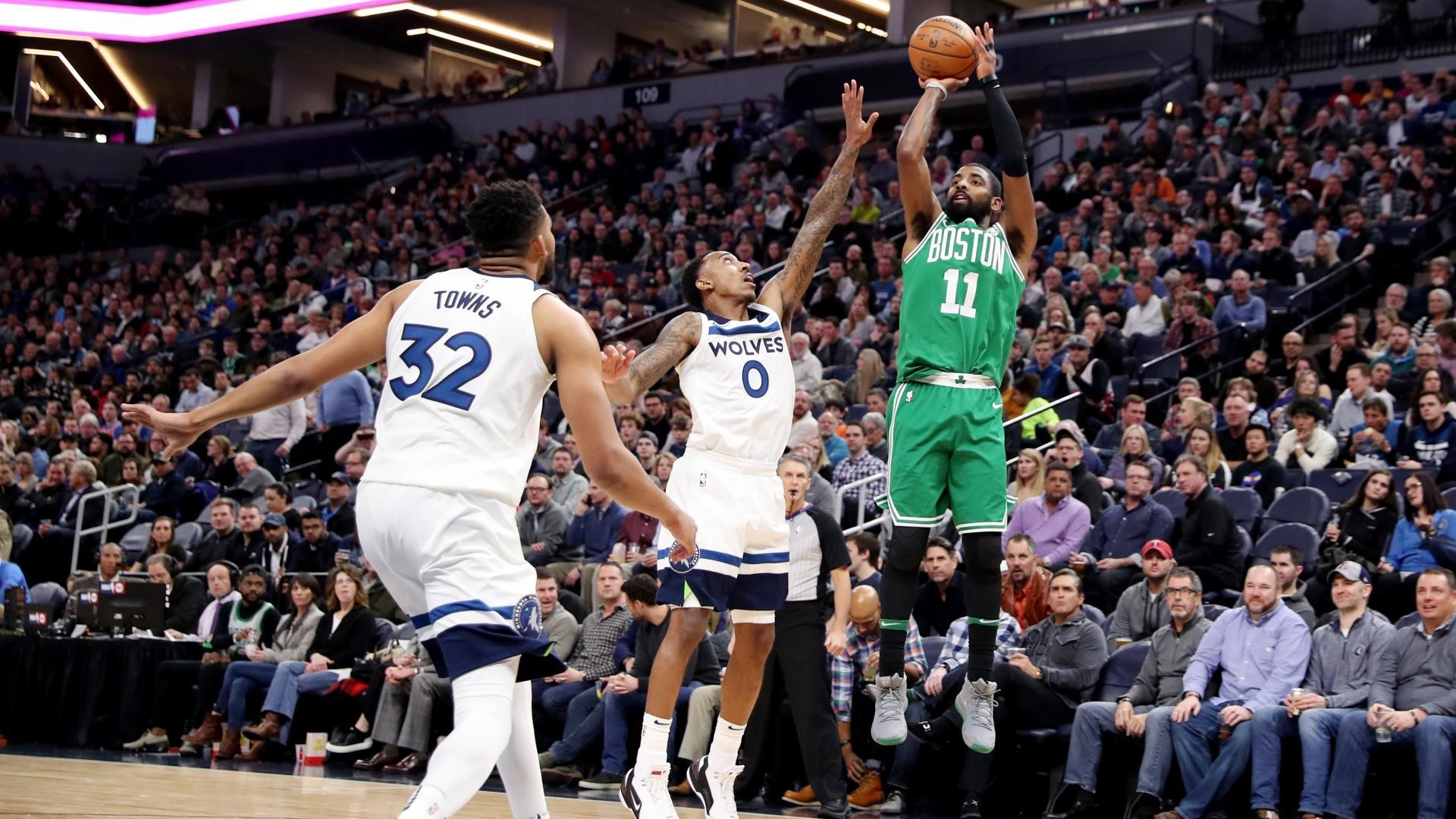 The Knicks were one of the team that Irving included in preferred destinations when he demanded a trade from the Cleveland Cavaliers before the start of last season. It can be recalled that Irving gave the Cavs a list of teams that he wanted to be traded to and that list included the San Antonio Spurs, Miami Heat, Minnesota Timberwolves and the Knicks.

San Antonio, Miami and Minnesota don’t surprise us as Irving’s preferred landing spots because all three teams made the playoffs last season (although it was Minnesota’s first since 2004). But New York who have not made the playoffs for 5 straight seasons and have won just one playoff series in the last 18 seasons?

During the season when he had already settled in with the Celtics, Irving was asked about his choice to include New York as a preferred landing spot last summer. Irving simply answered:

"It's pretty easy man. They were on my list for a reason, I think you guys know that’s about it. Close to home, that's about it. I'm not going to go into detail about all that extra stuff because I know where this is going to lead.''

Although he was born in Melbourne, Australia, Irving grew up in West Orange, New Jersey which is around 40 minutes from New York. He played high school ball at Montclair Kimberley Academy and St. Patrick High School. But while playing with the Knicks would be closer to home, Irving mentioned about the “extra stuff” but refused to elaborate.

The Idea of Playing Together 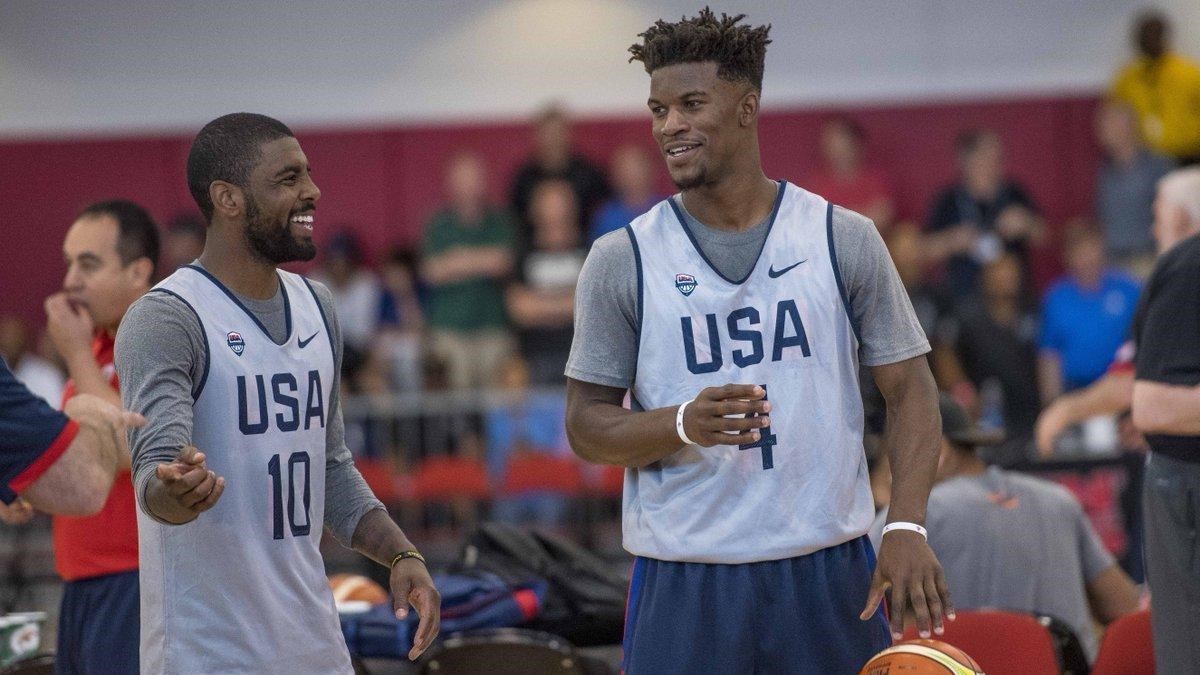 "Contractually, financially, [an extension] just doesn't make any sense," Irving said. "I think you guys can feel my attitude is really just redemption next year. Really integrating myself with our team again and really focus on winning a championship. That's the only thing I'm really worried about."

Irving never talked about leaving Boston but the fact that he was opening the door to possibly becoming a free agent is enough in itself to have people in Boston worried about losing their point guard after just a couple of seasons.

Last month, rumors of Irving and Minnesota Timberwolves superstar Jimmy Butler planning to team up in New York surfaced after Butler liked an Instagram post that suggested that he and Irving should team up in New York next season. Before those rumors popped out , the Chicago Sun Times also reported that Irving and Butler were “trying to figure out a way to play together”.

Irving and Butler played together for the U.S. men’s basketball team and have since developed a friendship. Like Irving, Butler could opt to become a free agent next summer and like Irving, Butler isn’t expected to re-sign with the Wolves next summer because he is reportedly not happy with the young stars on that team.

But whether Butler was serious about liking the idea of going to New York with Kyrie, the fact that he and Irving have been insinuating that they won’t sign a contract extension with their respective teams next summer and also the fact that they want to play together makes it a very plausible idea.

Superstars Converging In One Team

You can argue that it’s just media being very good in connecting the dots but we’ve seen stranger things happen in the past. The thought of NBA superstars teaming up in one team to form a super team is nothing new in the NBA. In fact, it has become the norm of sorts in building a championship team. Remember when Chris Bosh and LeBron James left their respective teams to join D-Wade in Miami? Or when Kevin Durant left the Oklahoma City Thunder to join the Golden State Warriors? Both Miami and Golden State won a pair of titles after those moves. Golden State is even threatening to build a dynasty now with Durant.

This season is going to be crucial for the Boston Celtics and the Minnesota Timberwolves. For Boston, they will be returning both Irving and Gordon Hayward from injury. With the line-up that brought them all the way to the East finals a year back intact, they are expected to be one of the top contenders from the East.

As for Butlers’ Wolves, they have also retained most of the key players of last season’s playoff team and if their young stars Karl Anthony Towns and Andrew Wiggins can put it all together this coming season, they too could be one of the top contending team in the 2018-19 season.

The Knicks meanwhile hope they can get Kristaps Porzingis back as early as possible. With Kevin Knox in the Big Apple, New York is hoping to put up a decent fight next season so that they can make themselves palatable for potential free agents like Irving and Butler. And that’s not including the fact that New York still has to make moves to free up their cap space if indeed they are to sign a couple of max free agents next summer. Winning almost always dictates where players want to go. If Boston and Minnesota can put together a good season, then maybe Irving and Butler won’t be going anywhere.