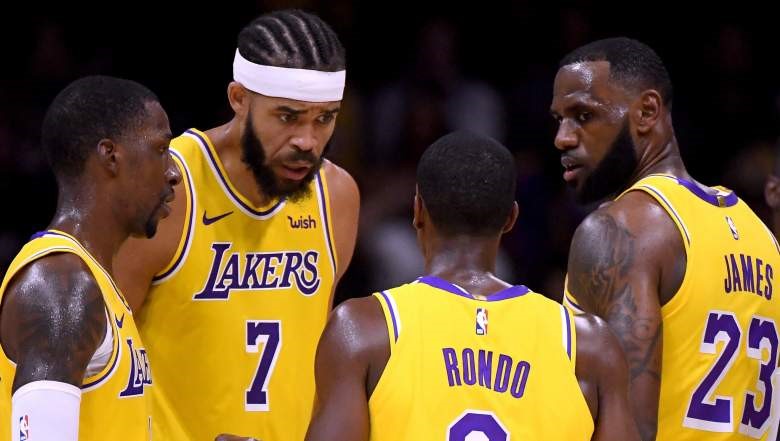 On Monday, the world got a first look at LeBron James taking the court wearing a Los Angeles Lakers jersey. It was just the first preseason game for the Los Angeles Lakers for the 2018-19 NBA season, yet it seemed like there was more at stake than just a dress rehearsal. And it began like it should be.

No one could have written a better script when three of the Lakers’ top four summer acquisitions, combined for the first play of the game. From the opening tip, Javale McGee tapped the ball to LeBron James then Rajon Rondo took the ball and immediately threw a lob to a streaking McGee who made a twisting catch for the dunk. An alley oop on the first play of the LeBron James era? It was like Showtime all over again and the King James era couldn’t have started any better.

That wasn’t the only highlight of the night. There were plenty for the Los Angeles Lakers which brought excitement to their faithful who watched them play on Monday night in San Diego. But at the end of the day, the Lakers dropped a 107-124 decision to the Denver Nuggets and it was horrible to watch in the final period.

The Lakers found themselves in a good game early and then fell behind by 12 at the half. They rallied to take a two point lead in the third quarter before the Nuggets finished strong to take a 17 point win. Forget the fact that the Lakers didn’t play LeBron James in the second half, the result showed that there is still plenty of work to be done by Walton and his team to get to where they want to be.

Luke Walton did as he promised before the game: he would tinker with the lineup and experiment on interesting combinations. True enough, Walton played Kyle Kuzma and Michael Beasley at center against Nikola Jokic. He made Brandon Ingram play point forward in the second half. But while the team showed tremendous versatility, they played sloppy and did not get the job done.

"There were tough moments out there," Walton said afterward. "But we're gonna stick with it. We're not gonna overreact. A lot of these guys are playing out of position. They've had some reps in practice with it but haven't gone against other NBA guys. We knew that it could get frustrating and it was at times, but we also had moments when it was really good when we got stops and were able to get out and run and see what that could look like.

"And then I thought we had four or five chances to have more possessions like that that we let rebounds hit the ground and we weren't the ones to go get them so we fought really hard defensively, but we didn't finish out the possessions. There were some highlights and lowlights to those lineups."

There were more lowlights than highlights for the Lakers during the game. It was frustrating to see how a team with the best player in the planet on it lose by a mile. Sure, Walton didn’t play LeBron in the entire second half but still, the rest of the team could hold the fort. So does this mean that the Lakers will be a one man team during the regular season?

It didn’t help that Juan Hernangomez caught fire and scored a game high 19 points on 5-8 three point shooting. Jamal Murray, who caught the ire of the Lakers and their fans, for his immature antics against Lonzo Ball last season, added 18 points for the Nuggets while Jokic, who found himself guarded by smaller men, added 14 markers.

There were good signs though. Javale McGee scored a team best 17 points for the Lakers and the former Warriors’ big man proved to be a valuable offensive weapon because of his athleticism. And then of course there was Rajon Rondo who had seven rebounds and 11 assists. Rondo’s passing made us forget at least for one night that the Lakers played without Lonzo Ball. 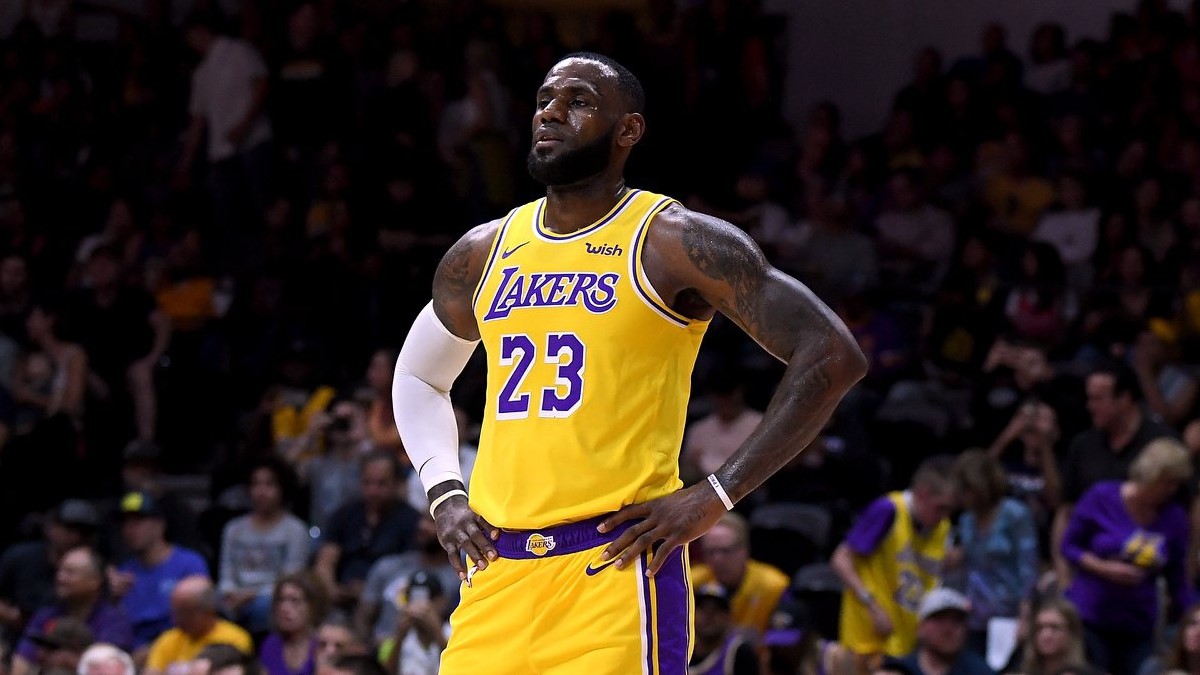 But while the Lakers’ new additions gave a good account of themselves, the Lakers’ old faces struggled with their shooting the way they did last season. Kentavious Caldwell Pope missed a couple of wide open threes and finished 0-5 from the floor. Kyle Kuzma, one of the surprises for the Lakers last season, shot just 4-13 from the field while Josh Hart was 2-5 and a -23 for the game. Brandon Ingram shot 7-14 for 16 points but he had three turnovers.

Although Javale McGee played just 20 minutes, he grabbed 7 boards. However, when McGee was away, Denver controlled the boards and didn’t allow the Lakers second opportunities. After the game, Denver won the battle of rebounds 50-37, including 13-7 on the offensive glass.

Los Angeles also gave up 31 fouls in the game, giving up 35 free throw attempts to the Nuggets with Denver making all but four gift shots. In contrast, the Lakers went to the free throw line 26 times, making just 19 free throw shots in the game. 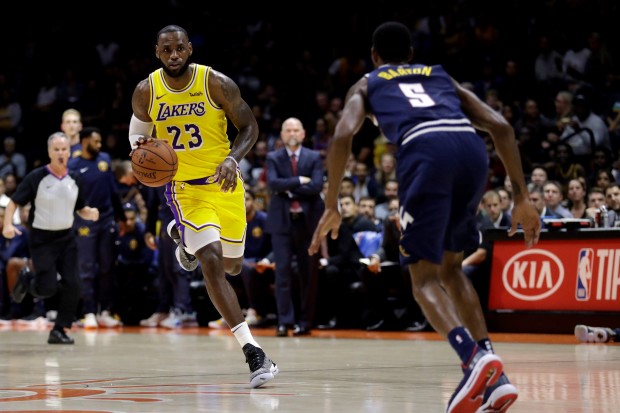 Walton started with James, Ingram, McGee, Rondo and Caldwell-Pope. It was the expected starting line-up, one that boasted the best player in basketball, three role playing veterans and an up and coming 21 year old waiting for his coming out season.

Walton then experimented by putting Kuzma at center together with James, Lance Stephenson, Josh Hart and Rondo. Next up was Michael Beasley at center alongside Ingram, Kuzma, Hart and Stephenson. But it was obvious that they were first time teammates. Said Javale McGee:

"I saw just a whole bunch of guys who hadn't played with each other yet," McGee said when asked for his observation of the Lakers' smaller lineups. "Once everybody gets comfortable with each other, I feel like it's gonna be real good."

They better be real good because the oddsmakers have put them among the favorites because of LeBron James. But James can’t do it all. He needs his teammates to play off him. There were flashes of brilliance and flashes in the pan. The Lakers’ debut was both good and bad. There is plenty to be excited about but there is also worry that this experiment is going to fail.