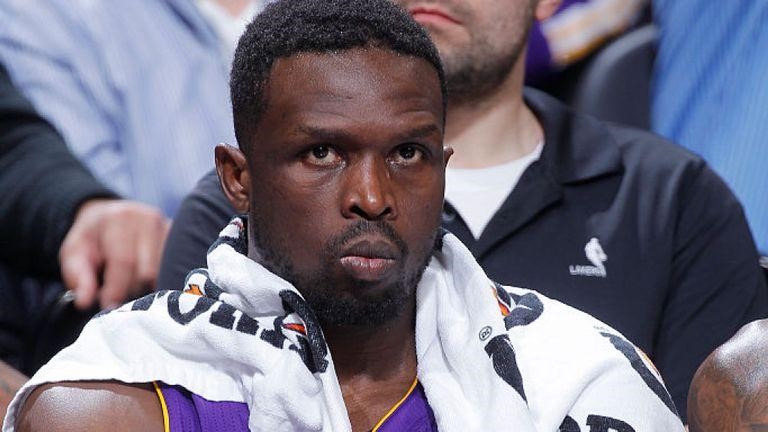 According to reports, Deng and the Lakers have mutually agreed to part ways. Under the agreement, Deng will sacrifice $7.5M on his remaining $36.8M contract with Los Angeles. The Lakers will stretch the balance of his contract for four years, paying Deng $14.3M this year plus an equal $5M payment in the next three seasons.

In doing so, the Lakers’ salary cap will take a hit of $14.3M this season but will only be burdened by $5M per year from 2019 to 2021. This means the Lakers will free up more salary cap space next summer, enabling them to have enough money to sign a maximum free agent next summer.

The Lakers’ latest move can be viewed in two ways. One, Luol Deng is finally free to go to a team which is going to give him playing time. Two, the Lakers finally freed themselves from the financial burden of Deng’s salary. Either way, it sounds good, making Los Angeles’ latest move a win-win situation for both sides. 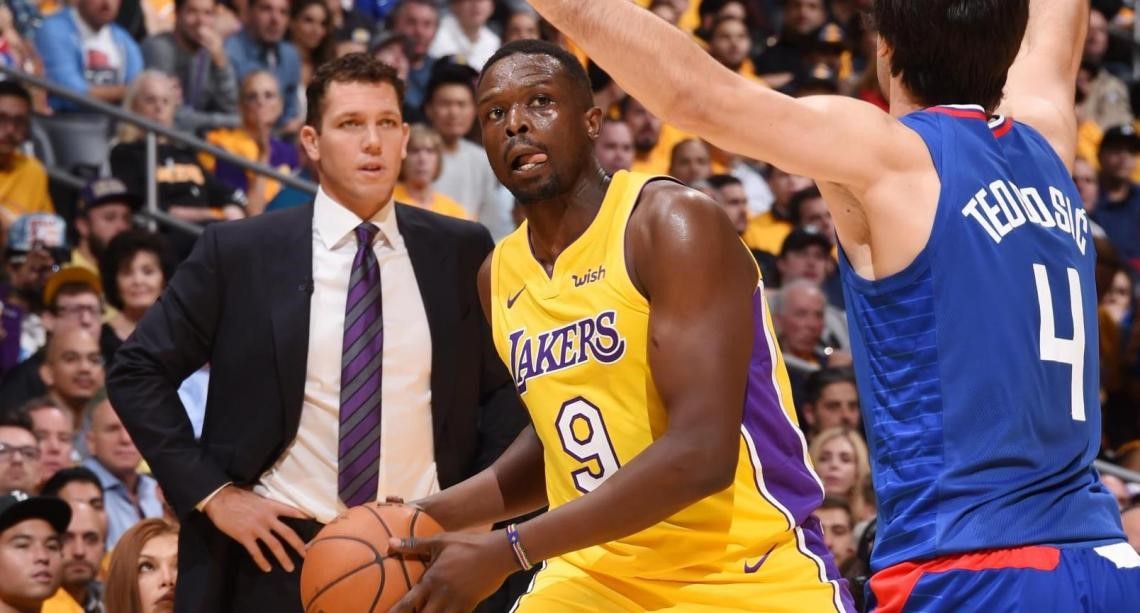 When Phil Jackson signed Luol Deng to a massive four year $72M contract in 2016, it was a move that was supposed to give the young team a veteran presence who would help a rebuilding team. Deng was the Phoenix Suns’ 7th overall pick in 2004 out of Duke. He was a two time NBA All-Star in Chicago and a key starter with the Cleveland Cavaliers and Miami Heat when Phil brought him in. Unfortunately, Phil Jackson was a much better coach than an executive. Just ask the New York Knicks.

Deng ended up playing 56 games for the Lakers in 2017 while averaging career lows in points, assists, rebounds and minutes. Last season, Deng suited up for just one game for the purple and gold, playing a total of 13 minutes and scoring just a total of two points all season long. Not only did he not become part of the rotation of Luke Walton, he wasn’t part of the future that Magic Johnson and GM Rob Pelinka were envisioning.

At an average salary of $18M per annum, Deng was the Lakers’ highest paid player in the past two seasons. Not bad, financially for Deng who literally didn’t break a sweat to get his paycheck. But on the bad side of it, Deng was “only” 31 years old when he came to Los Angeles and he still wanted to play basketball.

Prior to coming to Los Angeles, Deng had played in 74 regular season games for the Miami Heat. And although his 12.3 points per game average in 2016 was the lowest of his NBA career, he was still far from being finished as a basketball player.

Not Part Of their Future Plans 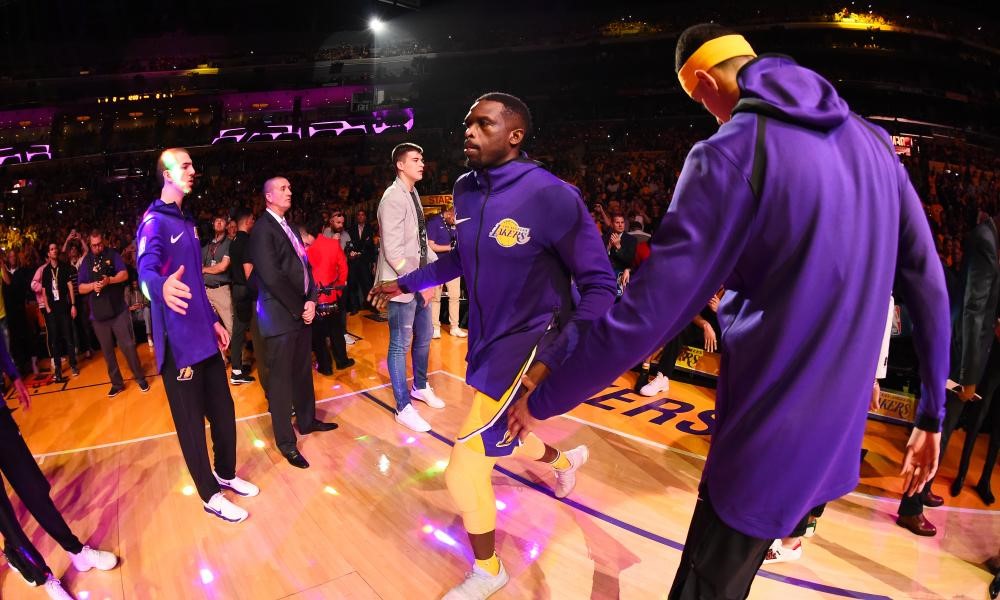 Many honestly believed Deng would be able to contribute in Los Angeles but after playing 56 games for the Lakers in 2017, he was stripped of his starting job in favor of Brandon Ingram. He played off the bench for seven games before finally being shut down the rest of the way to give playing time to younger players. Last season, Deng wasn’t injured but Walton only played him one game the entire 2018 season.

That was frustrating for both sides. For the Lakers, it was tough to see their highest paid player just sitting on the bench rather than playing for the team. For Deng, it was rough to see him waste his prime years on the bench, even if he was earning handsomely for doing what he did.

The Lakers tried to trade Deng last season but there were no takers. They were expected to waive him this summer with Los Angeles expected to splurge in the free agent market. The Lakers didn’t but cleared enough space to sign LeBron James. But instead of adding a second max free agent, the Lakers added the likes of Kentavious Caldwell Pope (re-signed), Javale McGee, Rajon Rondo and Lance Stephenson to short term deals.

The move was seen as a reaction following the Lakers’ inability to land Paul George this past summer George was rumored to be eyeing a Lakers reunion even before he was in Indiana. But George shut down those rumors by signing an extension with the Oklahoma City Thunder at the start of the 2018 free agency. Spurned, the Lakers decided to surround James with veteran talent instead while giving their young core time to grow this season.

After those moves, the Lakers were expected to shift their focus to the 2019 free agency where the likes of Kawhi Leonard, Klay Thompson and DeMarcus Cousins would be free agents. Likewise, Warriors forward Kevin Durant, who has a player option, could opt to become a free agent in 2019 too. With other NBA stars like Karl Anthony Towns and Kristaps Porzingis possibly available too, Los Angeles was right in delaying their max free agent shopping for another year.

With Deng out of the equation and given their one-year deals, Los Angeles will now have around $38M in cap space next summer. That’s more than enough for Los Angeles to but a second superstar to pair with James and to help him bring the Lakers back to NBA prominence. But while it’s not a guarantee that they are going to land a big name next summer, it gives the the financial flexibility moving forward.

The Lakers are hoping that King James will lead them to the promised land just as he led the Cavs to their first ever NBA title in 2016. But just as in Cleveland, he cannot do it alone. Not especially now that he is playing in the ultra competitive western conference. But if the Lakers can add a second superstar and if their young core of Brandon Ingram, Lonzo Ball, Kyle Kuzma and Josh Hart can develop this season, the Lakers are going to be a force to be reckoned with.

As for Luol Deng, it will be an opportunity for a new chance. But at the age of 33, the reality is that Deng may not have too many takers this time around than in 2016 when he chose the Lakers. Still, it’s always good to be a free man rather than being a prisoner of a high paying contract that has limited you basketball potentials. Sure, these players love the high paying job but at the end of the day, they are ballers and all they want to do is play basketball. Deng will have a chance to do that somewhere else and even if he doesn’t get one, it’s better to have that slim chance than nothing at all.