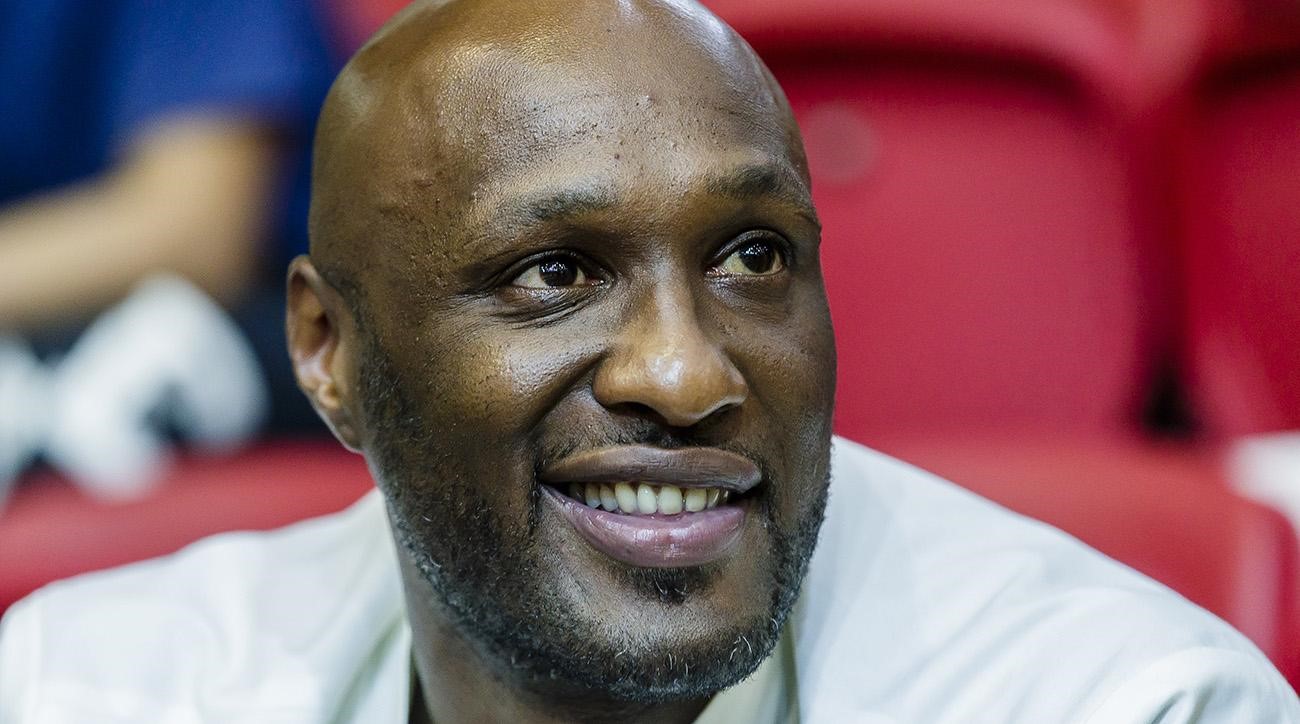 Lamar Odom To Make A Comeback In China

Former NBA star Lamar Odom has announced that he is ready to resume his basketball career after battling drug addiction and depression. Odom made the announcement via Instagram on Thursday.

In the caption, Odom wrote:

"God is good ! Thanks lord for giving me another chance in life and thank you fans for your the love and support during all those hard years. Never give up on yourself and keep believing that only god can create the miracles you're hoping for. Basketball and my children have always been the light in my life and this is where my focus is right now."

It’s been five years since Odom last played competitive basketball and it’s been three years from the day he was put on life support. Many though Odom was finished when he hit rock bottom in 2015. But as they say, when you’re down, the only way you’re going is up. Odom isn’t there yet but this is certainly big news for his fans who have seen him throw away everything he had because of drug addiction and depression.

I have some good news to share with you on this beautiful day from The Netherlands. My heart literally warms up now I can finally share with you all that I'm returning to play Basketball. I will be playing in China ! God is good ! Thanks lord for giving me another chance in life and thank you fans for your the love and support during all those hard years. Never give up on yourself and keep believing that only god can create the miracles you're hoping for. Basketball and my children have always been the light in my life and this is where my focus is right now. Thank you @mr2rchiang and @iamzoul @georgeboss77 for believing in me and the opportunity to start over again! Thank you @starburymarbury for being my inspiration 🙏🏿🏆❤️ LETS GOO ! #china #basketball #yes

"God is good ! Thanks lord for giving me another chance in life and thank you fans for your the love and support during all those hard years. Never give up on yourself and keep believing that only god can create the miracles you're hoping for. Basketball and my children have always been the light in my life and this is where my focus is right now." 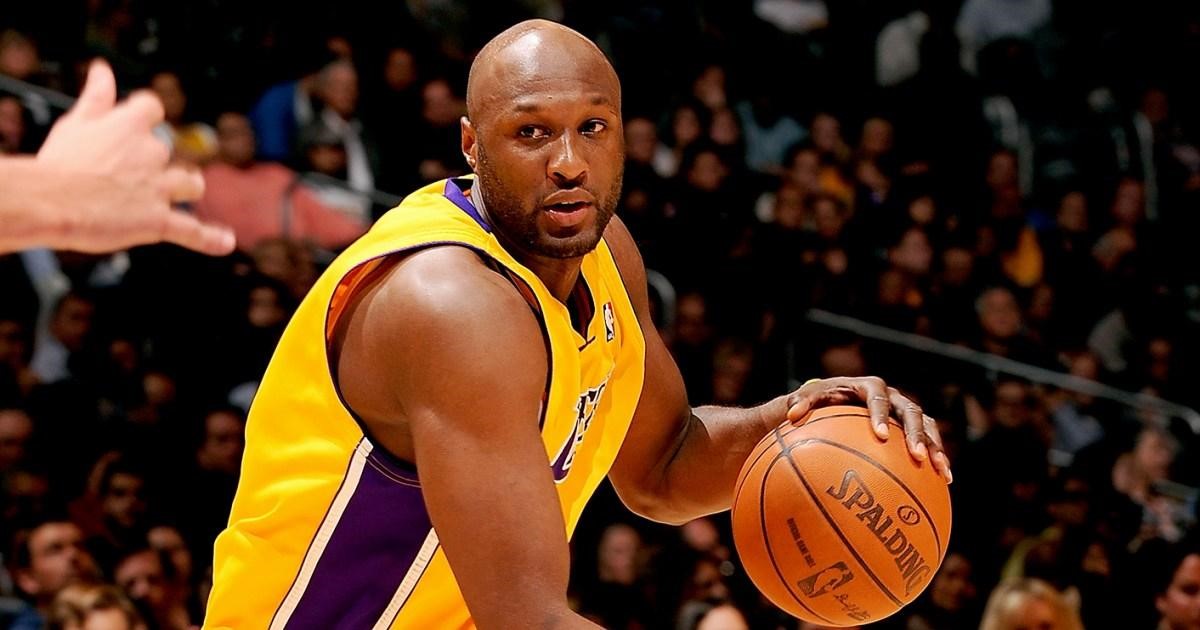 It can be recalled that in 2011, NBA commissioner David Stern vetoed a trade that would have sent Chris Paul from the New Orleans Hornets to the Los Angeles Lakers. Under that deal, the Lakers would have received Paul while giving up Odom and Pau Gasol. Gasol was to be traded to Houston for Kevin Martin, Luis Scola, Goran Dragic and a 2012 first round pick.

Even though the trade didn’t materialize, it came as a shock to the Lakers, including Kobe Bryant because Odom and Gasol were key players during their back to back title runs in 2009 and 2010. The Lakers were eliminated by the Dallas Mavericks the following season but it was Dallas who went all the way to win the NBA title in 2011.

But despite the Lakers getting dethroned by the Dallas Mavericks in the 2011 Playoffs, Lamar Odom had a stellar season where he averaged 14.4 points, 8.7 rebounds and 3.0 assists per game. In fact, Odom was so good that year that he was named as the NBA’s Sixth Man of the Year in 2011.

Odom expressed his disappointment in being part of the foiled Chris Paul deal. He reportedly asked to be traded and two days after his supposed demand, the Lakers shipped him to the Dallas Mavericks for an $8.9M trade exception. He was never the same player again and his career would spiral downwards until he was out of the league.

Odom would later admit that the 2011 trade “basically ended his career and purpose”. In an interviews with The Vertical’s Shams Charania, Odom said:

“That trade from the Lakers basically ended my career and purpose. I was never really myself ever again. Being in L.A., the structure, the people I knew, it hurt leaving. I had great memories with the Lakers, with Kobe and Pau. That was a special time in my life.
I got traded the season after we lost to Dallas in the playoffs, and I had won Sixth Man of the Year for the team. To trade me after winning Sixth Man of the Year … what else do I got to do? Why?” 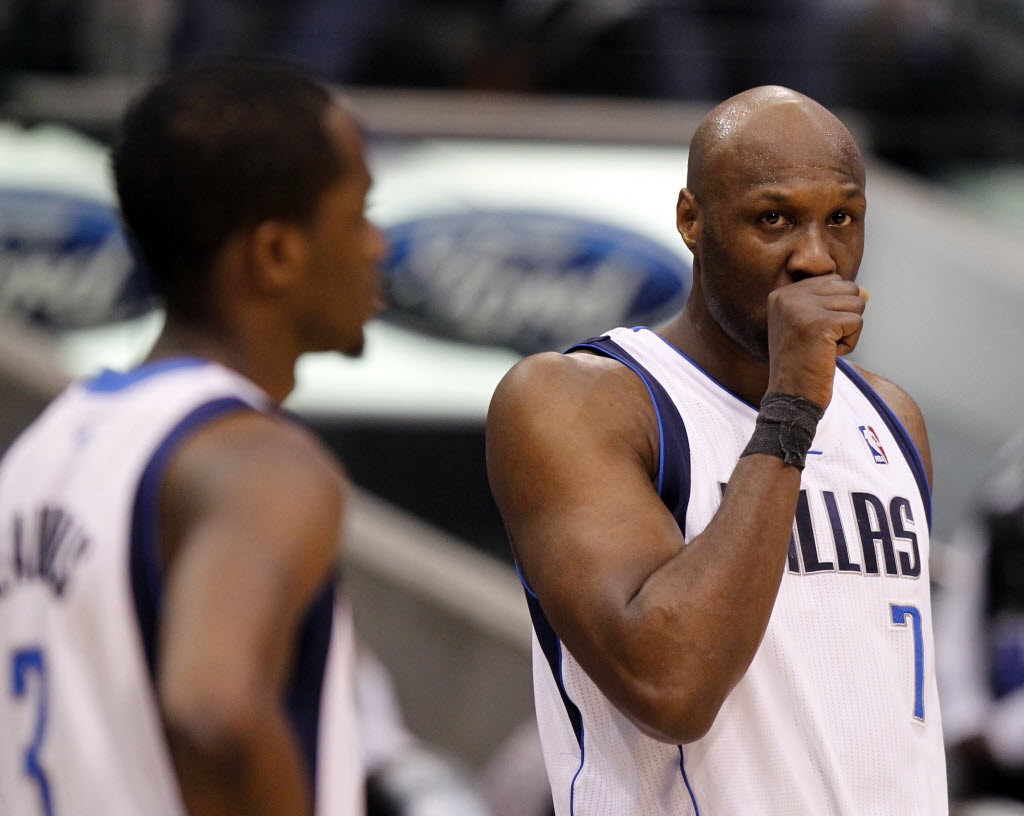 Odom struggled to adjust to life in Dallas. In fact, he never really got going there. He was forced to learn a new system on the fly and was forced to play a new position which he didn’t really wanted to have a part of. Carlisle made Odom play small forward because the Mavs had Dirk Nowitzki. But Odom thrived as a power forward in his entire career because his skill set was unique to the Four position.

Odom ended up playing just 50 games for the Mavericks during the 2012 season. Odom averaged 6.6 points, 4.2 rebounds and 1.7 assists per game on just 20.5 minutes of playing time per game. He posted career low numbers across the board and he was at the lowest point of his basketball career.

The following season, the Mavs traded Lamar Odom to Los Angeles - but to the Clippers, as part of a four team deal. Odom hoped that a return to the place where his NBA journey began would help revitalize his dying career. It didn’t work out there, either as Odom’s struggled continued.

He would end up playing all 82 games for the Clippers in 2013, but he averaged just 4.0 points, 5.9 rebounds and 1.7 assists in 19.7 minutes of court action per game. Odom’s points and minutes were career lows and at this point, it was clear that his NBA career was over. 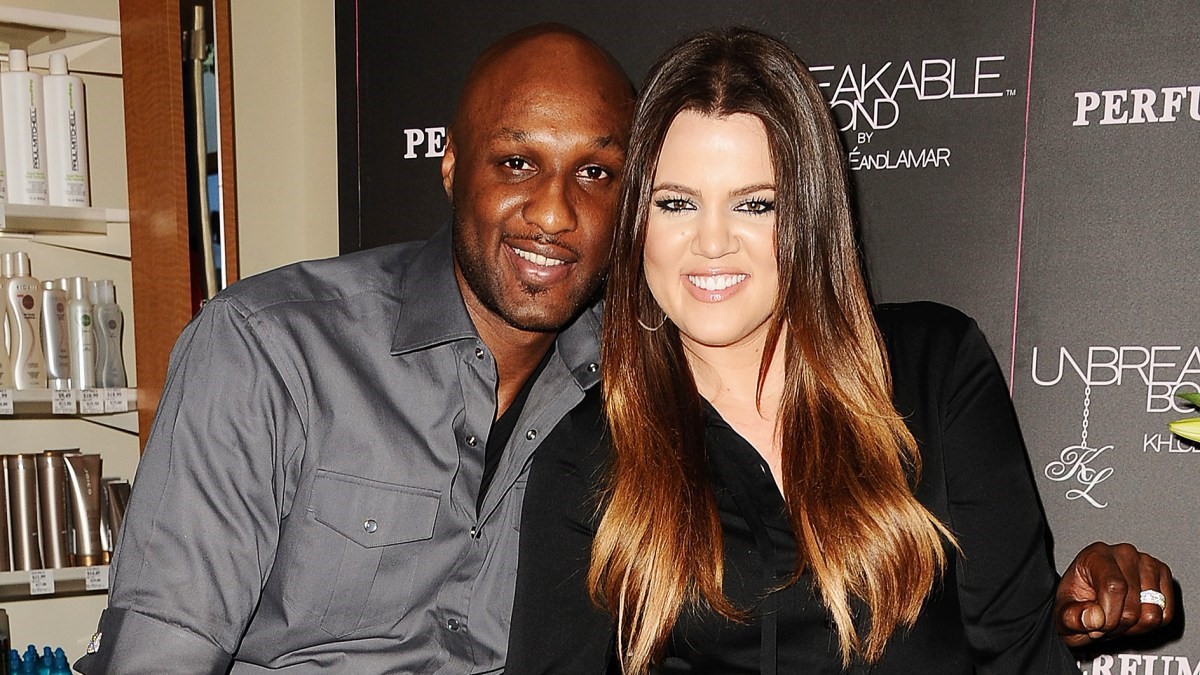 What compounded Odom’s woes was his split from high profile wife Khloe Kardashian. Lamar and Khloe surprised the world when they got hitched after barely three weeks of dating. They met in August 2009 at a party for Odom’s teammate Ron Artest in Hollywood. The pair “instantly hit it off” and on September 27, 2009, they wed in front of 250 guests in the house of music mogul Irving Azoff. It was a beautiful marriage at first or so we thought.

When Odom struggled in Dallas, his relationship with Khloe also started to fizzle. There were rumors that Lamar was cheating on Khloe and there were talks that Khloe’s fertility issues had started to take its toll on their relationship. At first the couple doused off the rumors. In August 2012, rumors of Lamar getting hooked on drugs began to circulate. It was also believed that Khloe issued her husband and ultimatum: get help or get out. In December 2013, Khloe officially filed for divorce citing “irreconcilable differences”. The divorce was finalized in December 2016 but what happened in between was shocking.

In 2015, Odom was placed on life support after he was found unconscious in a Nevada brothel after days of heavy partying. Odom went through a tough recovery period but since then, he had gone under the radar. Odom resurfaced last year and signified his desire to play in the Big 3, the three on three basketball league created by rapper Ice Cube which features many former NBA players. That never materialized for some reason but Odom’s announcement that he is heading to China to play basketball again is a good sign for the 6-10 forward.

After all that he’s been through, who would have thought that Odom would get a chance to play again, even if it’s in China? This latest development in Lamar Odom’s life is nothing short of a miracle. Three years ago, he almost died because of drug addiction. Now he’s well, hopefully 100% and ready to resume what is left of his basketball career. Let’s keep our fingers crossed for Lamar Odom. The guy deserves another chance at doing what he loves best.