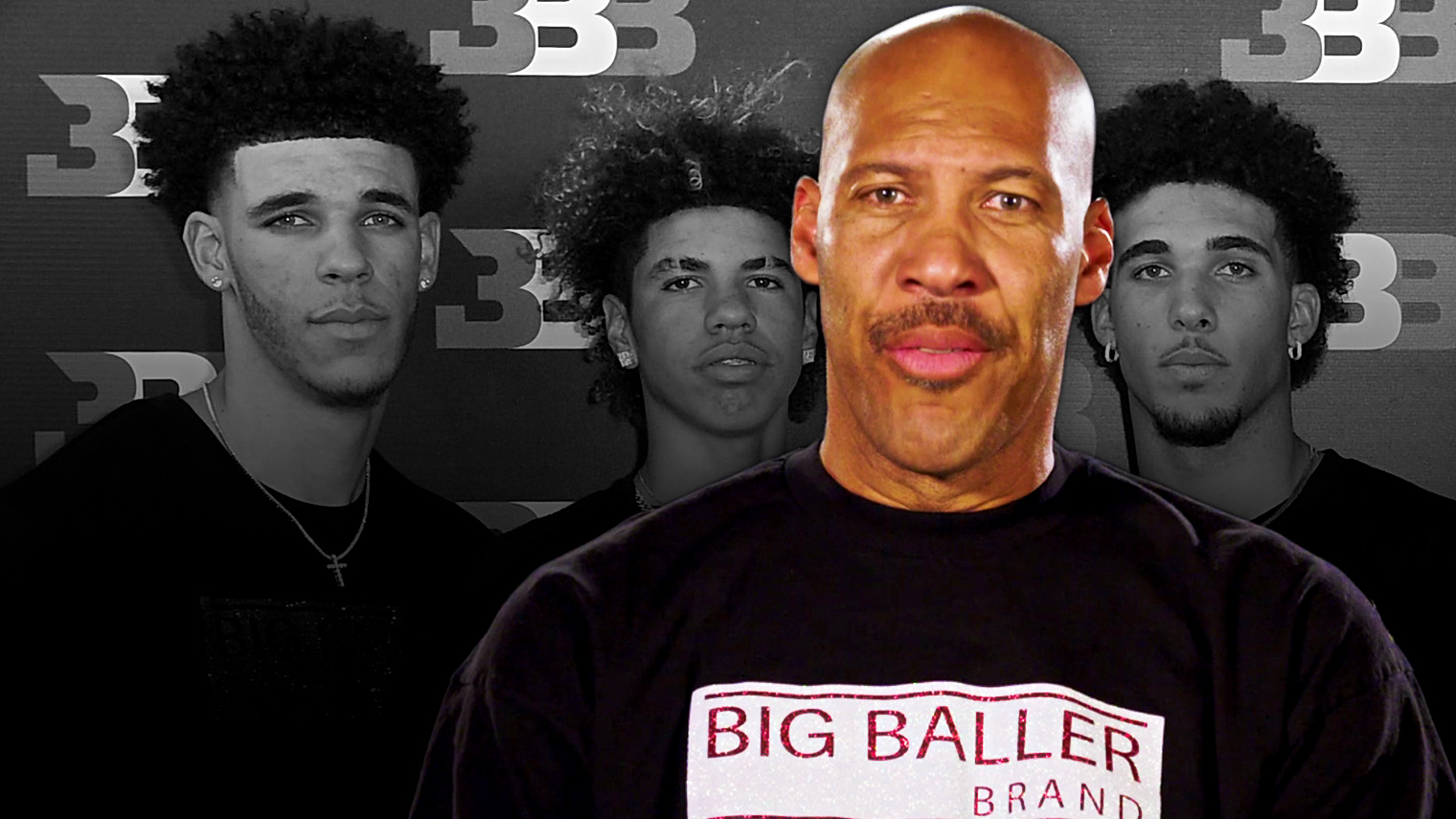 Sixty names were called on Thursday night at the Barclays Center in Brooklyn, New York. Not a single one was Ball. Not as expected.

LiAngelo Ball, the younger brother of Lakers point guard Lonzo Ball, was left undrafted in the 2018 NBA Draft. Not that he was on any team’s radar but the fact that he was Lonzo’s little brother and LaVar’s second son seemed intriguing enough for some team to pick him.

Some thought the Lakers would, so he could team up with Lonzo. Other entertained the idea that the Golden State Warriors, because they have too much talent already, would perhaps take a chance on him, even just to reduce their talent level and even out the playing field in the NBA. After all, Gelo only chose to do workouts for the Lakers and Warriors. But no, they didn’t waste any of their picks on him.

Even when the final pick was on the clock, there were some fans - genuine or merely taunting, who shouted Gelo’s name out loud, hoping that the Philadelphia 76ers would pick him with the final pick of the draft. Sure, the Sixers picked a younger brother but not Lonzo’s. Philly picked Kostas Antetokounmpo, the younger brother of the Milwaukee Bucks’ Greek Freak Giannis Antetokounmpo.

What made matters worse for the Ball family was the fact that the Lakers informed Gelo on Thursday night that he wouldn’t be on their Summer League team. Although he worked out for the Lakers, there were no guarantees whatsoever that they were going to sign Gelo for their Summer League team. Without a spot on the Summer League, it remains to be seen where Gelo will play next, if at all. As for LaVar Ball, that development is a big blow to his master plan. 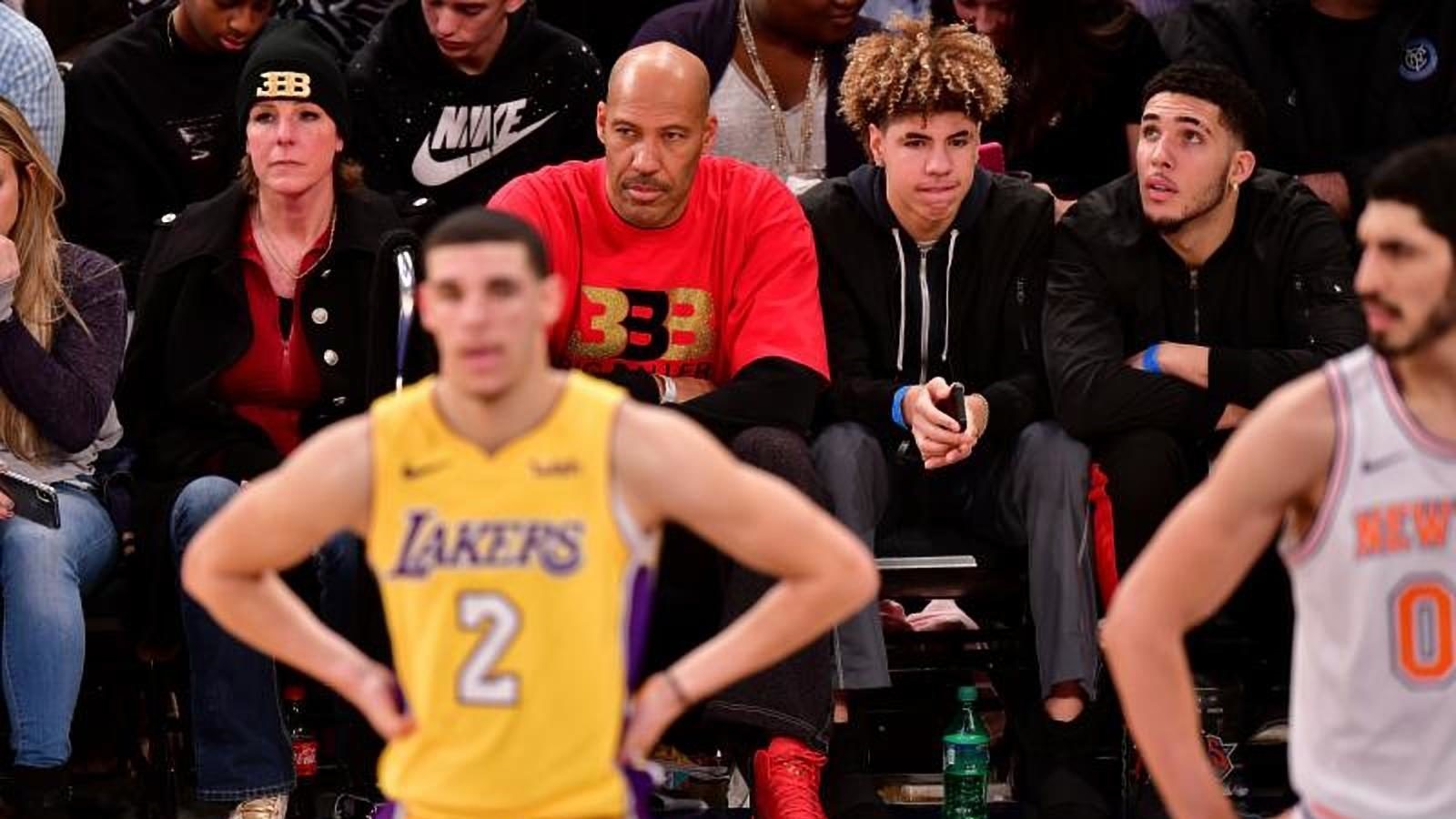 Last February the delusional LaVar laid out his ‘master plan’ to Lithuanian sports writer Donatas Urbonas, saying that he wants all of his three boys to play for their hometown Los Angeles Lakers in the NBA. But if the Lakers don’t draft Gelo this year, LaVar said he will bring him back in Lithuania to play with LaMelo, for two more years. Then it gets intersting from there.

According to LaVar, when Lonzo will be on his third year with the Lakers, Lonzo isn’t going to re-sign unless Los Angeles will take in all three Ball brothers. If the Lakers don’t call the bluff, LaVar said they will be very much willing to go to whichever team signs all three Ball boys. Really?

Added LaVar, Lonzo plays better when he’s with his brothers and that he’s more successful playing alongside them. Heck, he even called him a ‘hell of a shooter’. At .305 from behind the arc last season? Lonzo was a shooter from hell. LaVar also says there is nothing wrong with putting the three brothers together in one team because they don’t play the same position. Yeah right. This isn’t Chino Hills anymore dude.

But barely two months after that interview, LaVar abruptly pulled out his sons from Lithuania, stating that they ‘aren’t going to waste their time anymore’. LaVar had issues with Virginijus Seskus, the head coach of the boys’ BC Vytautas team. Gelo was purposely shut down to prepare for the NBA draft combine, pre-draft workouts and the likes. But what irked LaVar was the fact the LaMelo didn’t get playing time either. So he took his sons and left Lithuania with still two regular season games left to play in the LKL. 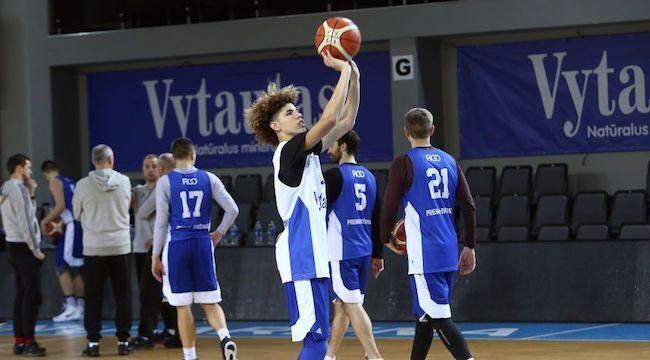 While LiAngelo declared for the 2018 NBA Draft, LaMelo isn’t eligible to do so until he’s 18 so that’s still a far two years away. What happens with LaMelo next is a mystery considering LaVar mysteriously pulled him out of high school last year.

LaMelo was a fast rising junior at Chino Hills when LaVar pulled him out with the intention of home schooling him while preparing him for college ball at UCLA, where he’s already committed to. Part of the preparation wa supposed to be playing in Lithuania but with LaVar building fences instead of bridges there - as well as he’s done everywhere, he’s put his son’s basketball career in limbo.

As for Gelo, well everyone expected him to be undrafted, including perhaps LaVar because he also told Lithuanian media in February that ‘we don’t have to go to the draft’ and advised teams to just ‘sign them in free agency’. Well that part of the master plan has materialized: Gelo being undrafted and now a free agent. But where does Gelo go from here?

He didn’t even get a summer league invite from the Los Angeles Lakers, whom his older brother Lonzo plays for. What makes you think that he will get a similar invite to other team who, in the first place don’t care much about the Big Baller Brand anyway. Remember that the only team that fell for his bluff were the Lakers. Magic Johnson and Rob Pelinka must be secretly scratching their heads right now after falling for LaVar’s sweet talk. Let’s face it, Lonzo Ball isn’t what he was painted to be. Sure he’s solid, but as a star and a game changer, that’s a dream as far fetched as having all three Ball Brothers playing on one NBA team. Good luck on that dream LaVar. 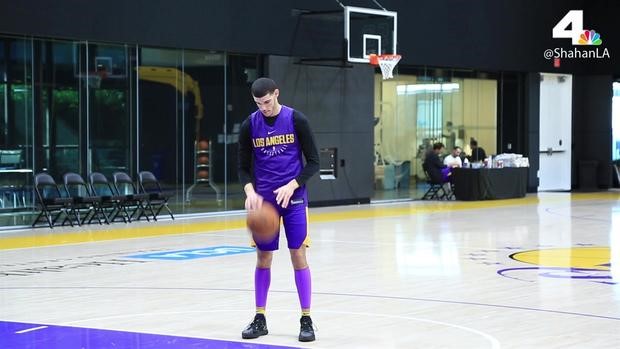 Before LaVar even talks about bringing his other two kids to the NBA, he’s got to look at Lonzo first. Sure, we’ve seen him bulk up noticeably over the summer but then what, can he shoot now? Ok so we now miss his nifty assists and accurate full court lob passes. But will he even be in a Lakers uniform next year?

There are no rumors indicating that Lonzo is going to be traded. But with the possibility of getting LeBron James, Paul George and Kawhi Leonard on the Lakers side, nobody on that team right now is untouchable. Not even Brandon Ingram perhaps. How much more Lonzo Ball? LaVar is anticipating these rumors because he recently told TMZ that trading Lonzo would be the worst move ever by the Lakers. Yeah right. Perhaps the worst move ever would be signing Gelo and LaMelo to play with Lonzo in a Lakers uniform. That would be tragic.

One thing is sure though. The future of the Big Baller Brand hangs in the balance as LaVar Ball’s master plan is slowly falling apart. But wasn’t it expected to fail this way anyway? Sure he got the Lakers to draft Lonzo Ball as the 2nd overall pick last season but the Lakers are certainly not falling for the same trap again.

Let’s not take away from LaVar Ball the fact that he’s done everything to get his children to places. That he created a brand to stand on his own You’ve got to love LaVar Ball’s ability to dream and turn those ambitions to reality. But remember that at the end of the day, it’s all about potential and talent in the NBA. None of the Ball brothers have either.