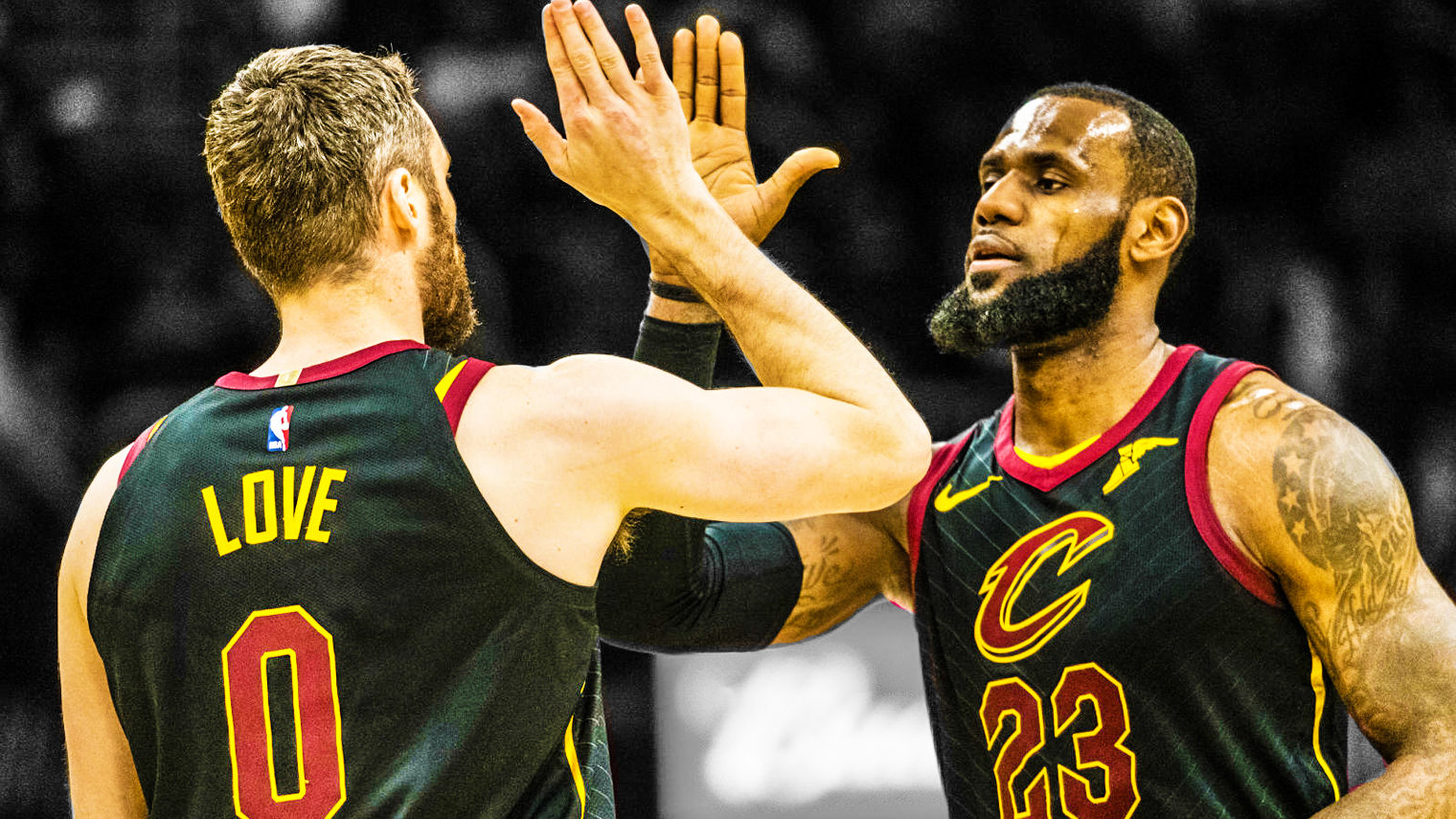 LeBron, Cavs Deliver A Statement Against The Raptors

The Cleveland Cavaliers have failed to live up to their lofty billing this season. Not only have the Cavs struggled with playing as a group, they’ve also had to deal with plenty of injuries all season long.

Cleveland is still missing five rotation players in Larry Nance Jr. ( hamstring ) , Rodney Hood ( back ), Cedi Osman ( hip ) and Tristan Thompson ( ankle ). However, the Cavs got some relief when Kevin Love returned to the line-up after being out since January 30th. Love played his first game back during the Cavs’ 124-117 win over the Milwaukee Bucks on March 19th.

Love’s return takes some of the scoring and rebounding pressure of LeBron James who has had to deliver more than what has always been asked of him because of the injuries that have saddled the team. On Wednesday, the Cavs hosted the Eastern Conference leaders Toronto Raptors and they played one of their best games of the season.

James and Love led the charge and helped the Cavs overcome a 15 point deficit to beat the Raptors 132-129 in a game where both players etched their names in the record books. LeBron James led the way for the Cavaliers once again with 35 points, 7 rebounds and 17 assists. Love, starting at center once again in the absence of Tristan Thompson, added 23 points, 12 boards and 4 assists for the three-time defending Eastern Conference champions. 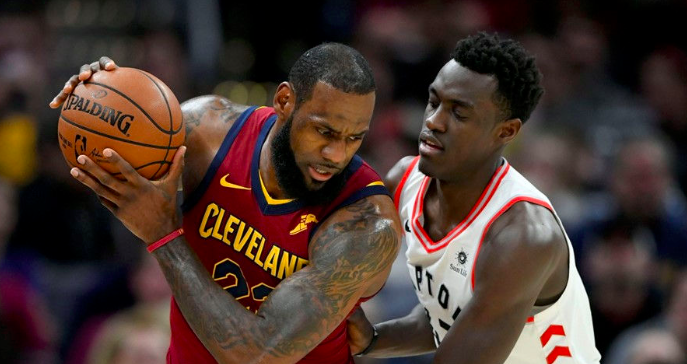 James’ 17 assists also ties the second best passing game of his career. James set his career high in assists earlier this year, dishing off 19 dimes against the Atlanta Hawks on February 9th. He also recorded 17 assists against the Hawks on December 12, 2017. In all, James has posted at least 15 assists six time this season, by far the most in his 15 year NBA career.

James scored and assisted for a total of 80 points against the Raptors. The only time he he has contributed more points to his team in a single game was 9 years ago against the Knicks at Madison Square Garden. LeBron James was only 24 years old back then. He’s already 33 now and has played a total of 1,349 NBA games, both regular season and playoffs combined. 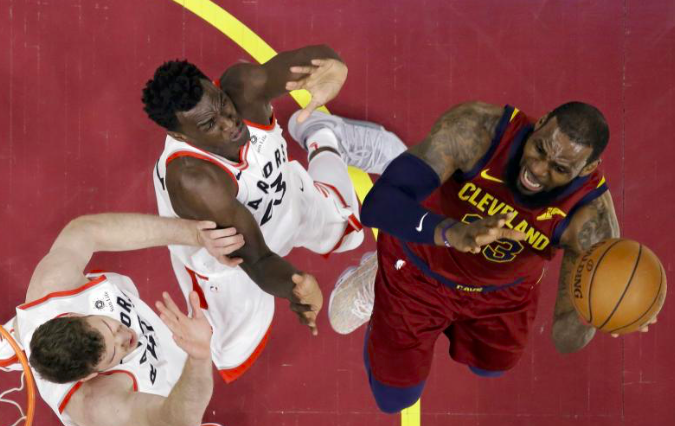 This month, James is also almost there. After 11 games played in the month of March, James was just a mere two assists short of averaging a triple double. With 5 more games left to play in March, James is averaging 31.4 points, 10.2 rebounds and 9.9 assists per game.

James’ triple double against the Raptors puts his season total up to 16, just seven short of league leader Russell Westbrook. 16 marks the most triple doubles LeBron has had in a single season, breaking his previous personal record of 13 which he set last season. Prior to last season, James never had a season where he had at least 10 triple doubles. 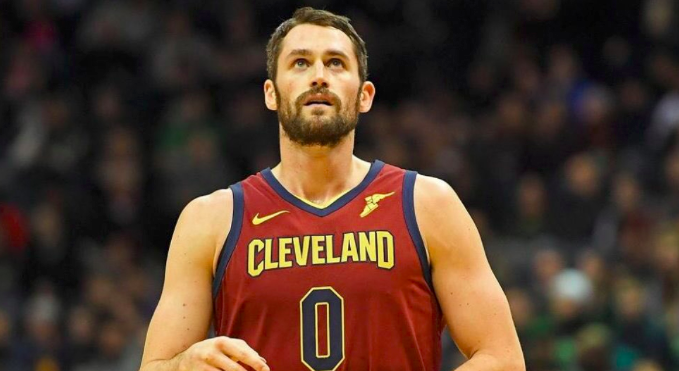 But it wasn’t LeBron James who was making history on Wednesday night. James fellow all-star Kevin Love also put himself on the record books on Wednesday, just two games back from a hand injury. The sweet shooting big man shot his way to a pedestal all by himself.

The game was Love’s second straight back after missing 21 games due to a broken left hand. In his first game back in action, the 6-10 forward tallied 18 points, 7 rebounds, 4 assists and 2 blocked shots in just 25 minutes of action. Love played five more minutes against the Raptors and he hit the insurance three pointer late in the game off an assist from LeBron James. 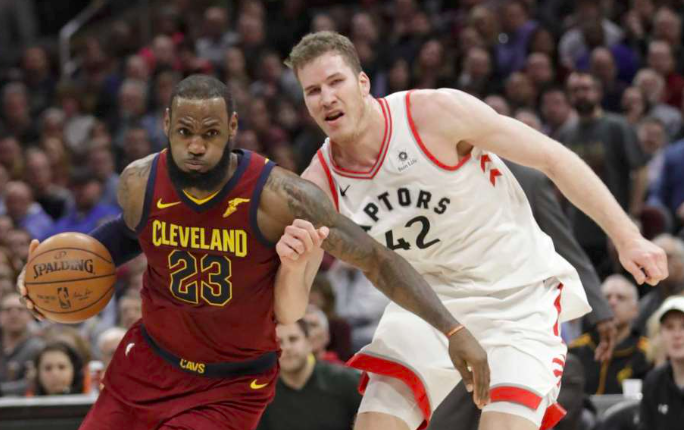 After the game, acting head coach Larry Drew called the victory a turning point for the team:

Calling it a turning point may be politically incorrect because with 11 games left, the Cavs can no longer overtake the Raptors for the top spot in the Eastern Conference. At 6 games back, they may not even catch-up with the 2nd seeded Boston Celtics. But if something had to be taken from this game, it’s that the Cavaliers made a statement that they aren’t going down without a good fight.

A lot of critics are already writing Cleveland off the title picture after the team’s dismal performance this season. Not only have the Cavs had to deal with injuries, the movement of key personnel also raised questions on their ability to play as a team, especially during the playoffs.

Cleveland has ousted Toronto in the previous two seasons, sweeping the Raptors last season. But this year, things could be different. This is a better, more experienced and deeper Raptors team and they have what it takes to end Cleveland’s stranglehold of the Eastern Conference. But just as when we started to believe that, King James and his court delivered a big statement on Wednesday night.