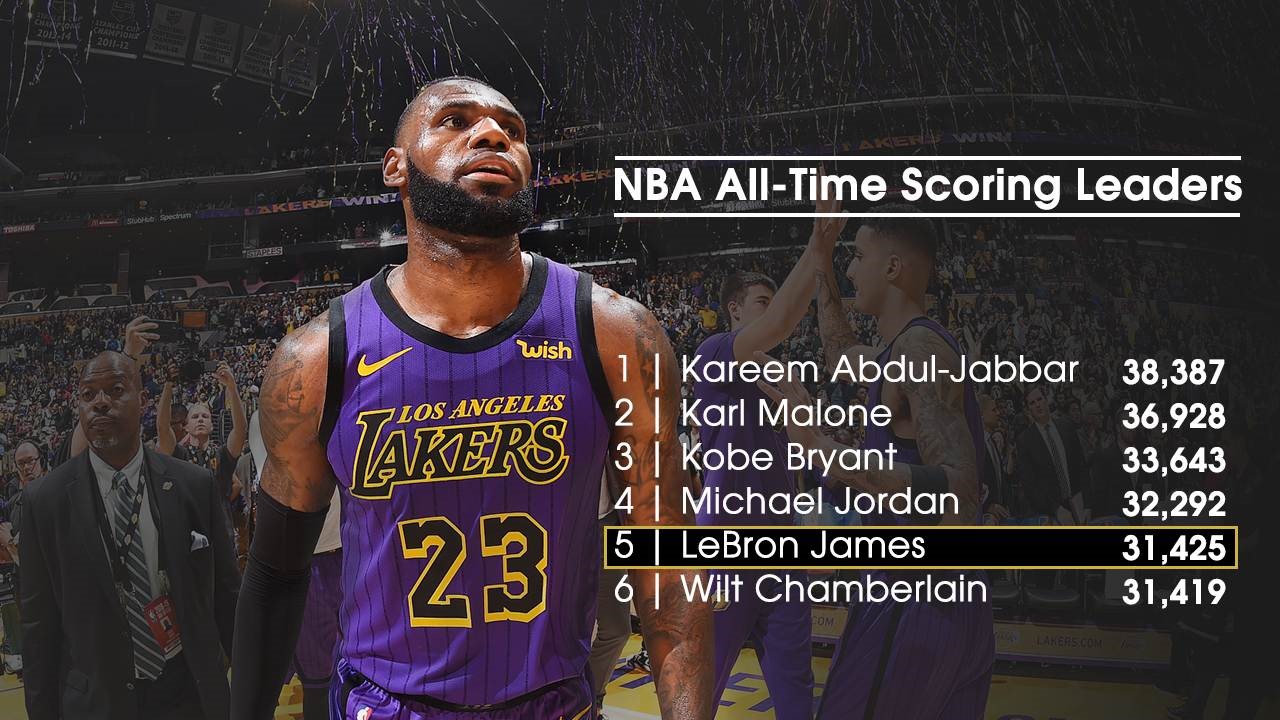 Move over Wilt. The King has arrived.

Los Angeles Lakers’ forward LeBron James scored 44 points during his team’s 126-117 win over the Portland Trail Blazers earlier this week. With the win, the Lakers improved to a season best two over the .500 mark at 8-6. More significantly, James’ three point play with 3:55 left in the fourth quarter of the game put him ahead of former Lakers’ center Wilt Chamberlain in the NBA’s All-time scoring list.

Look Back And Give Back 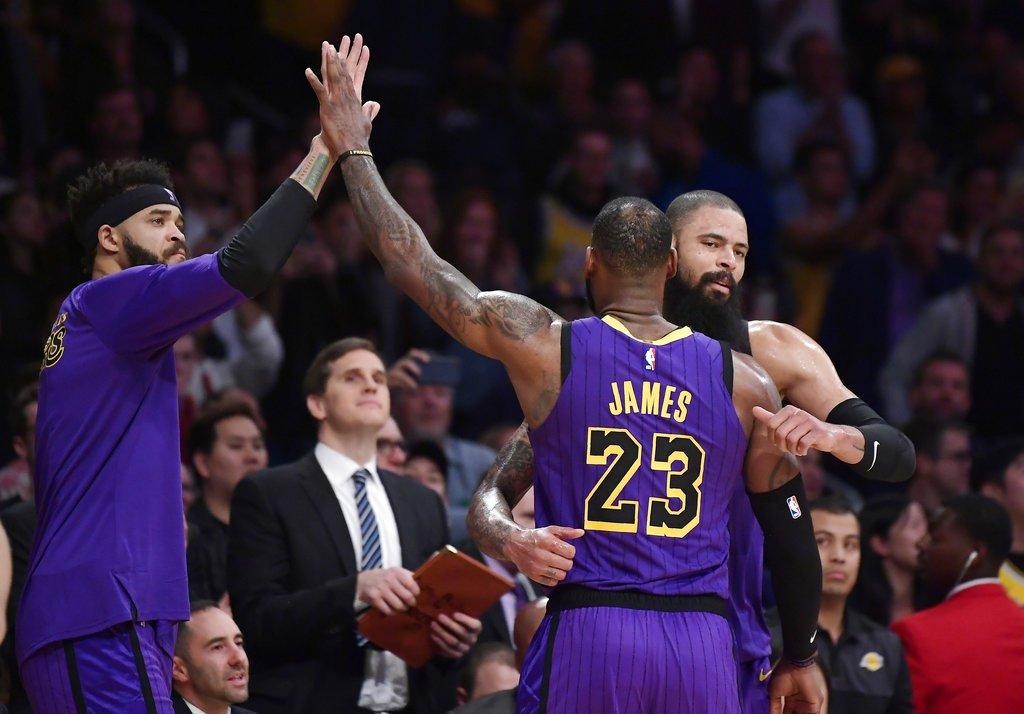 James’ 44 points was the most for any Laker since Kobe Bryant scored 60 in his farewell game. The King barely missed a triple double with 10 rebounds and 9 assists also in that ballgame. During the post game interview, King James said:

"When I'm able to do what I love to do, and do it at this level -- and even being mentioned with the greats that have ever played this game -- it just always brings me back to my hometown of Akron, [Ohio]," James told ESPN's Dave Pasch on the telecast after the game. "And knowing where I come from, knowing how hard it was to get to this point -- it's just never being in satisfied mode. I give it all to the man above for giving me God-given abilities. I'm taking full advantage of 'em. And then my coaching staff and my teammates throughout these 16 years so far, have gotten me to this point."

Of course we know where James came from and how he’s worked so hard to get to where he is right now. And it’s great to know that no matter how far he’s gone and how much he’s accomplished, he has never forgotten to look back and give back. Fittingly, James said that the game ball and his jersey from the game will be sent to his “I Promise” School in Akron for display.

The I Promise School is a public school for children at risk. It was established by LeBron James’ foundation in collaboration with the Akron School Board. The school opened its doors last July with an initial of 240 students who will get “out of the box” offerings like a free bike for students, an eight hour school day, a support circle for students after lunch and GED courses and job placement for parents. The school launched this year with 3rd and 4th graders but plans to add grades every year until it houses 1st to 8th grades in 2022. The I Promise School is another story though. Back to LeBron’s latest game milestone.

With James moving past Wilt at #5, the next all-time great on the list is his childhood idol Michael Jordan, who led the Chicago Bulls to six NBA titles in the 1990’s. Jordan finished his legendary NBA career with a total of 32,292 career points which is currently #4 all-time in the NBA. If LeBron James maintains his current scoring average of 26.4 points and does not miss games or playing time due to injury (God forbid), then the King could surpass His Airness late in January 2019. Once he does, and he will, he will be looking up only at three more NBA greats in front of him-all of which are former Laker greats.

Interestingly, the Top 3 all-time NBA scorers have played for the Los Angeles Lakers at some point during their NBA careers. The NBA’s all-time leading scorer at 38,387 career points scored is Kareem Abdul Jabbar, who was part of the Showtime Lakers’ run of 5 NBA titles during the 1980’s. Jabbar was originally drafted by the Milwaukee Bucks with the 1st pick of the 1969 NBA Draft. After leading the Bucks to the 1971 NBA title, he was traded to the Lakers in 1975.

The number two player in the NBA’s all-time scoring list with 36,928 career points is Karl Malone, who was originally drafted by the Utah Jazz in 1985. The Mailman spent his glory years in Utah, teaming up with John Stockton to form one of the NBA’s best duos ever. Malone won two MVP award and led the Jazz to two trips to the NBA championship but on both instances, he was denied by Michael Jordan and the Bulls. Malone played his final NBA season with the Los Angeles Lakers. They reached the 2004 NBA Finals but were upset by the Detroit Pistons.

The third player on The List with 33,643 career points is none other than the greatest Laker ever in Kobe Bryant. The Black Mamba was a Laker for life. Drafted by the Charlotte Hornets but traded to the Purple and Gold on draft day, Bryant set the record for most consecutive seasons played with one team. Dallas’ Dirk Nowitzki later broke that record but the Black Mamba will forever be the greatest in the hearts of Lakers fans.

Including James and Chamberlain, five of the Top 6 in the NBA’s All-time scoring list are former Lakers. I’m sure that’s just a coincidence but there’s something about the purple and gold that brings the great ones there. The Los Angeles Lakers are the second winningest franchise in NBA history with a grand total of 16 NBA titles won. Their fabled rival Boston Celtics have the most number of NBA championships with 17. Jordan’s Bulls and the Golden State Warriors come in tied for third with six NBA titles each. 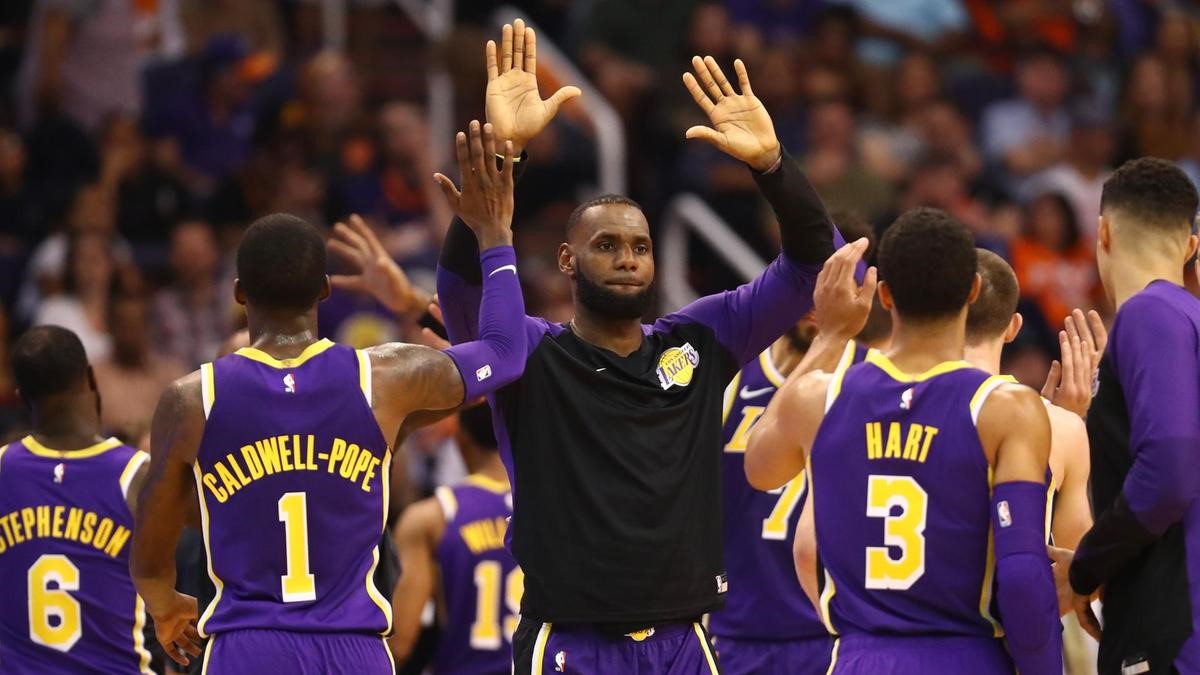 As for LeBron James, he is now the man tasked to carry the tradition of greatness is Los Angeles. The Lakers have struggled to start the King James era although they’ve picked it up as of late. But this isn’t the finished product yet. Getting LeBron James was only step one for Magic Johnson and Rob Pelinka. Most of the Lakers’ veteran players are on the team on a one-year deal.

Most likely, the team isn’t going to re-sign most, if not all their current vets, as they are expected to add a second maximum salaried free agent to pair with LeBron James and help their young core. So don’t get too excited about the Lakers this season. And don’t feel bad if they come up short. If you’re not one yet, next season is going to be the best year to become a Lakers fan.

Meanwhile, LeBron James continues his quest for individual greatness as he prepares his young team for what’s ahead next season and beyond. A lot of people are saying that James took a huge risk in moving to Los Angeles and playing with a young and unproven group of individuals. Well that’s true, for this year. But imagine what the team will be if they add another superstar next season. You can say what you want about LeBron’s decision to go to Los Angeles. But the man is smart.

He will allow himself to move one step backwards this year to move two steps forward next season. And yes, he’ll be moving up the scoring list along the way. Make no mistake, James isn’t in Los Angeles to become the NBA’s all-time scoring leader. But he could end up as that while adding more rings in the coming years.