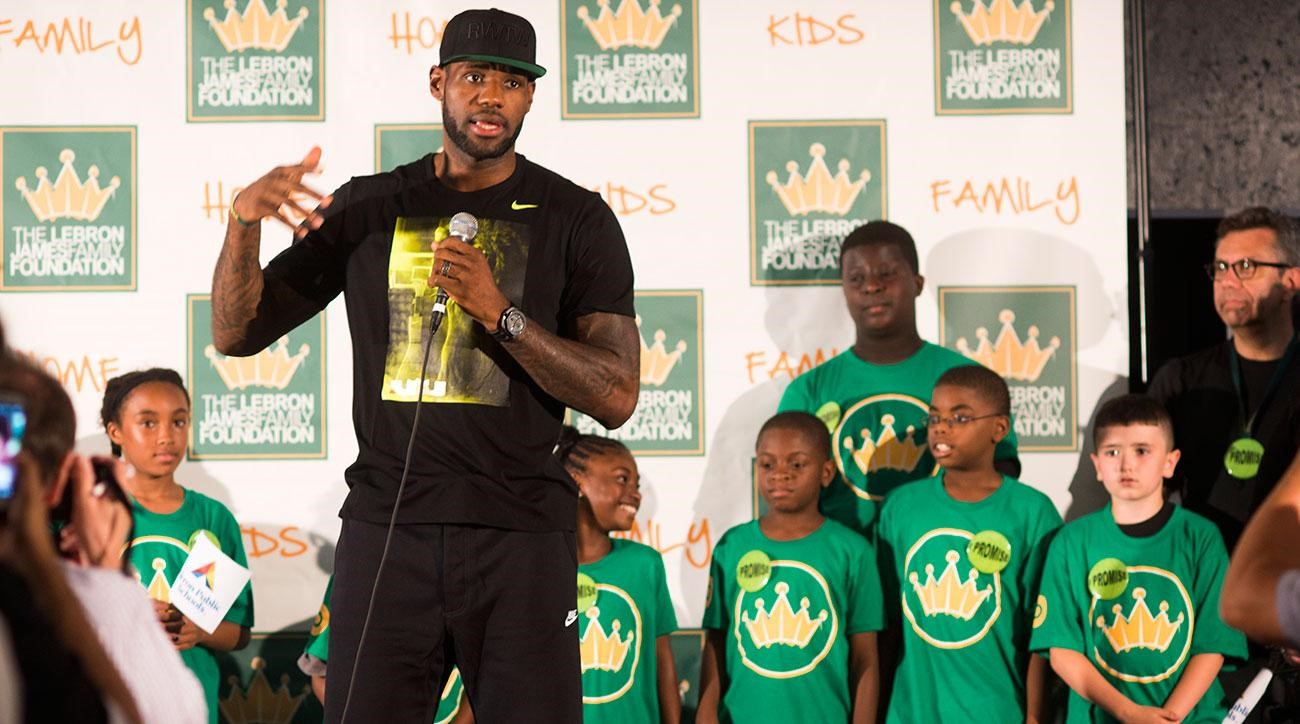 LeBron Leaves Cleveland With a Legacy Bigger Than The 2016 Title

When LeBron James returned to the Cleveland Cavaliers four years ago, he promised to deliver the city of Cleveland the NBA championship that it had long waited for. James made good on that promise when he led the Cavaliers to the NBA title in 2016. That NBA title is considered by many as James’ legacy in his native Cleveland. But for the man himself, his biggest legacy to his hometown is “another promise” - the I Promise School in Akron. 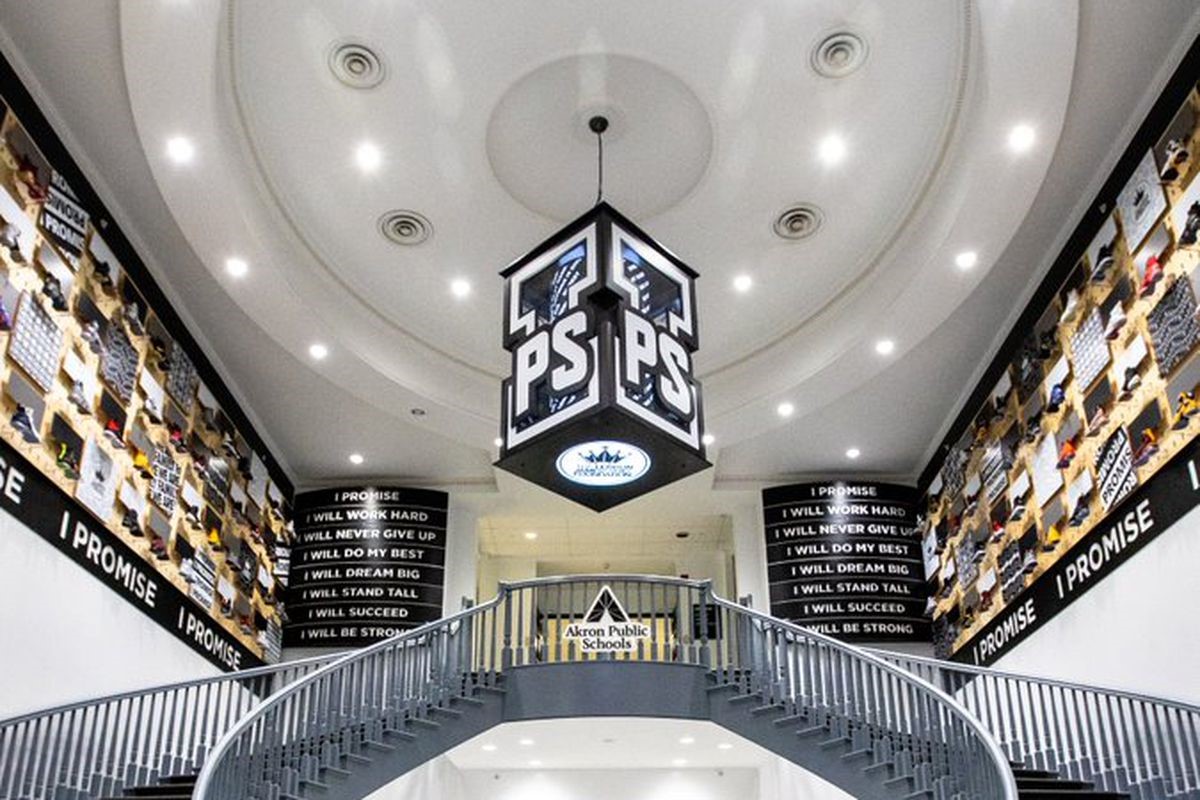 In November 2017, the LeBron James Family Foundation approached the Akron School Board in getting help for the establishment of a school aimed at teaching “at risk” children who are in danger of falling behind in their studies and struggling at home. After hearing the proposal, the Board approved the Foundation’s plans for the school.

Under the joint venture, the Akron School Board would oversee the curriculum and would make sure that the school would meet their educational standards. On the other hand, LeBron James and his Foundation would serve as the main donor for the project and accomplish the non-classroom goals of the school.

The school will operate with a school year longer than that of an ordinary educational institution. It’s focus is to accelerate learning for kids who may be lagging behind. Furthermore, the school also focuses on fighting outside factors which cause these children to struggle.

The school also provides services that help students deal with stress related to their parents who are struggling to make ends meet. There are also activities which prevent these children from having idle time where they could potentially get into trouble.

It also assists parents with job placement and even has a food bank on site where parents can pick out food that they can prepare at home. And yes, every student will get a bicycle when they arrive because in his personal experience, LeBron James considered his bicycle as a big factor in his childhood that helped him stay away from the dangerous parts of his neighborhood and allowed him to explore new places.

“I know these kids basically more than they know themselves,” James said in a video released Sunday through his media platform, Uninterrupted. “I walked the same streets. I rode the same bikes on the streets that they ride on. I went through the same emotions. The good, the bad, the adversity. Everything these kids are going through, the drugs, the violence, the guns, everything they’re going through as kids, I know.”

When he was in fourth grade, LeBron James missed several weeks in school because of family instability. He was raised by a single mother who had him when she was only 16 years of age. According to LeBron, his mom worked “anywhere and everywhere trying to make ends meet”. Her hard work paid off. She was blessed with a child who was destined for greatness. We are all witnesses to his greatness. 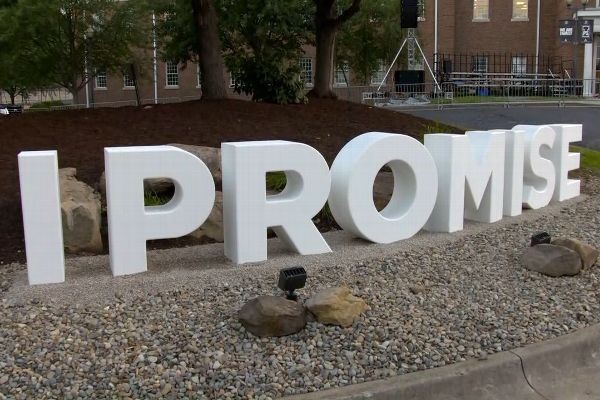 On Monday, 240 third and fourth graders will begin day one of classes. The school projects to expand year after year and by 2022, it will have Grades 1 up to 8. The students were randomly selected from a pool of students from Akron who were a year or two behind their grade standards in terms of reading level.

“Looking at reading data, we identified students who were a year, two years behind in reading,” said Keith Liechty, the Akron Public Schools’ liaison to James’ foundation. “From that, we had more than 120 kids. We had to put a cap on it so we could fit under one roof. We did a random selection of all students who met that criteria and got to make these awesome phone calls to parents and say, ‘How would you like to be part of something different, the I Promise School.”

Indeed the I Promise School is something different. Aside from the incredible benefits to the students and their parents which we mentioned above, the teachers in the institution will also be well taken cared of. Teachers will have access to psychological service and wednesday afternoons are booked for career development. LeBron James has even hired a personal trainer to help any teacher who wants a guided workout. And yes, teachers here won’t have to worry about supplies. School supplies are provided for by the school.

On Sunday, LeBron James tweeted his excitement about the school’s opening:

“The jitters before the first day of school are real right now!!! Tomorrow is going to be one of the greatest moments (if not the greatest) of my life when we open the #IPROMISE School. This skinny kid from Akron who missed 83 days of school in the 4th grade had big dreams.”

LeBron James is one of the greatest players to ever play the game of basketball. His continuous excellence for 15 NBA seasons is unparalleled. His diehards call him the “Greatest Ever” although most would argue that the title belongs to Michael Jordan or Bill Russell. Some even say he isn’t even greater than Kobe Bryant. But this is more than just basketball. This is about life and about helping underprivileged children and their families. It may not give him NBA championship rings, but he is correct. This is his most important achievement, the one that tops all the championships he won, the records he established. Champions can be dethroned. Records will be broken. But this is something that no one can take away from LeBron James. 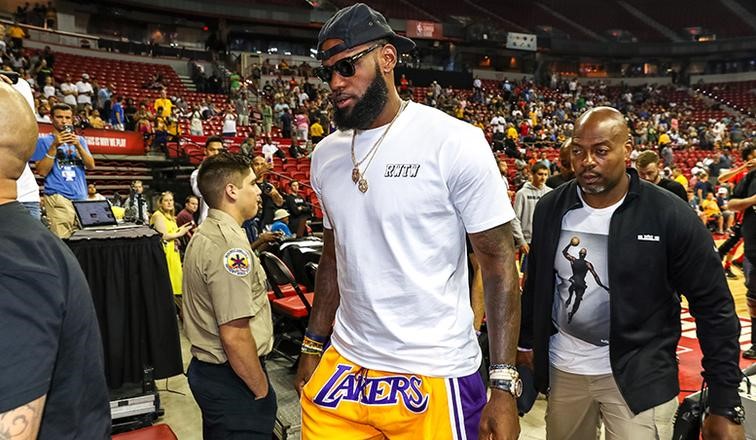 LeBron James was the Cleveland Cavaliers’ messiah. The Cavs drafted him in 2004 with the hopes of bringing the city’s first ever NBA championship. When he failed during his first tour of duty, he left Cleveland for South Beach to pursue his dreams of winning an NBA title there. He won not one but two with the Miami Heat. He returned to Cleveland four years ago to fulfill his promise. He delivered the Cavs’ first and only NBA title in 2016, breaking a 52 year championship drought for the city. But the Cavs lost decisively to the Golden State Warriors in the championship the last two seasons. James was on the move again this summer, taking his talents to Hollywood this time around.

James was drawn to Los Angeles by the appeal of playing for one of the most popular and storied franchises in NBA history. He also loved the thought about working with childhood idol Magic Johnson who currently sits as president of the Los Angeles Lakers. By playing for Los Angeles, LeBron’s business potentials will become limitless. That’s not just good to fatten his wallet and bank account but it will also be huge for the beneficiaries of his Foundation. The I Promise School isn’t the only philanthropic output for LeBron’s foundation. If we list them all, we would consume more space in this page than we can imagine. The point is this: LeBron has given back and he has probably given back more than any other NBA player has, without him announcing that.

When the 2018-19 NBA season begins, there will be plenty of uncertainty in Cleveland. The Cavs re-signed Kevin Love to a long term deal. But without LeBron James and Kyrie Irving, it remains to be seen how far Kevin Love can take the new look Cavaliers. It’s going to be a tough season for the Cavs, no doubt. And some ( or many?) of their fans will look back at LeBron leaving Cleveland again as the reason.

LeBron may have left the Cavaliers a second time. But he leaves Cleveland with a legacy that is more important to the city than the championship trophy he delivered in 2016. He returned to Cleveland to fulfill his promise. Not just in the basketball court but outside it as well. Love or hate him. All hail the King.