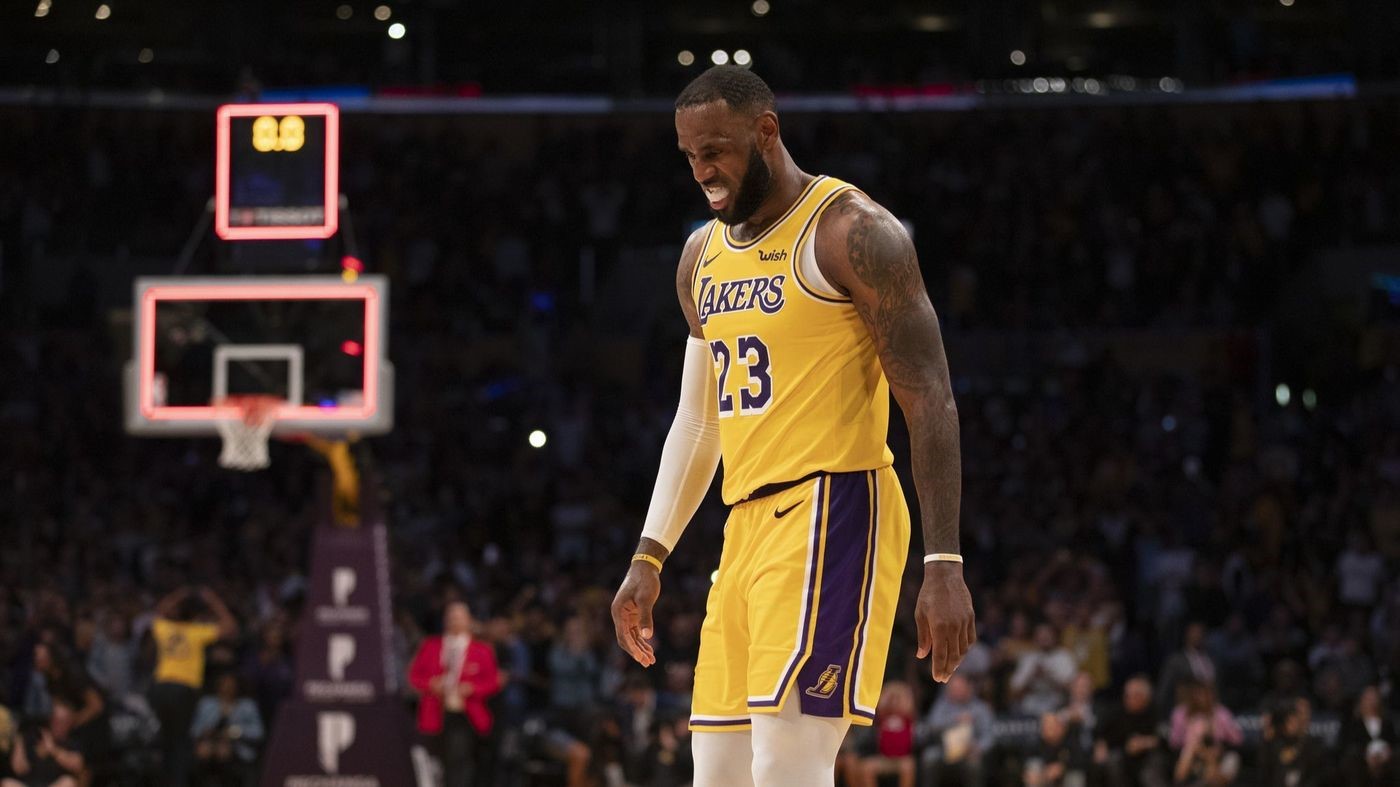 LeBron On the Lakers 0-3 Start: It’s A Process

Once again, the Los Angeles Lakers put on a show but they could not provide a Hollywood ending.

There were no punches thrown on Sunday night. However, the Lakers provided plenty of drama by coming back from an 8 point deficit with one minute in the game and sending the game to overtime after LeBron James drilled a 28 footer with 3.3 second left.

The Lakers’ carried the momentum into overtime and found themselves leading by 6 points at 142-136 with 55 ticks left in the extra period. Then everything fell apart. The Spurs scored a layup and Kyle Kuzma missed a three. Rudy Gay made a quick three point basket to cut the Lakers lead to a single point with 12.8 seconds left. That’s when LeBron James was fouled. He missed both free throws and the Spurs made a basket on the other end courtesy of Patty Mills. James had a chance to win the game but his pull up jumper from the left side of the court missed its mark. Game, set and match. Tough luck? LeBron doesn’t think so. 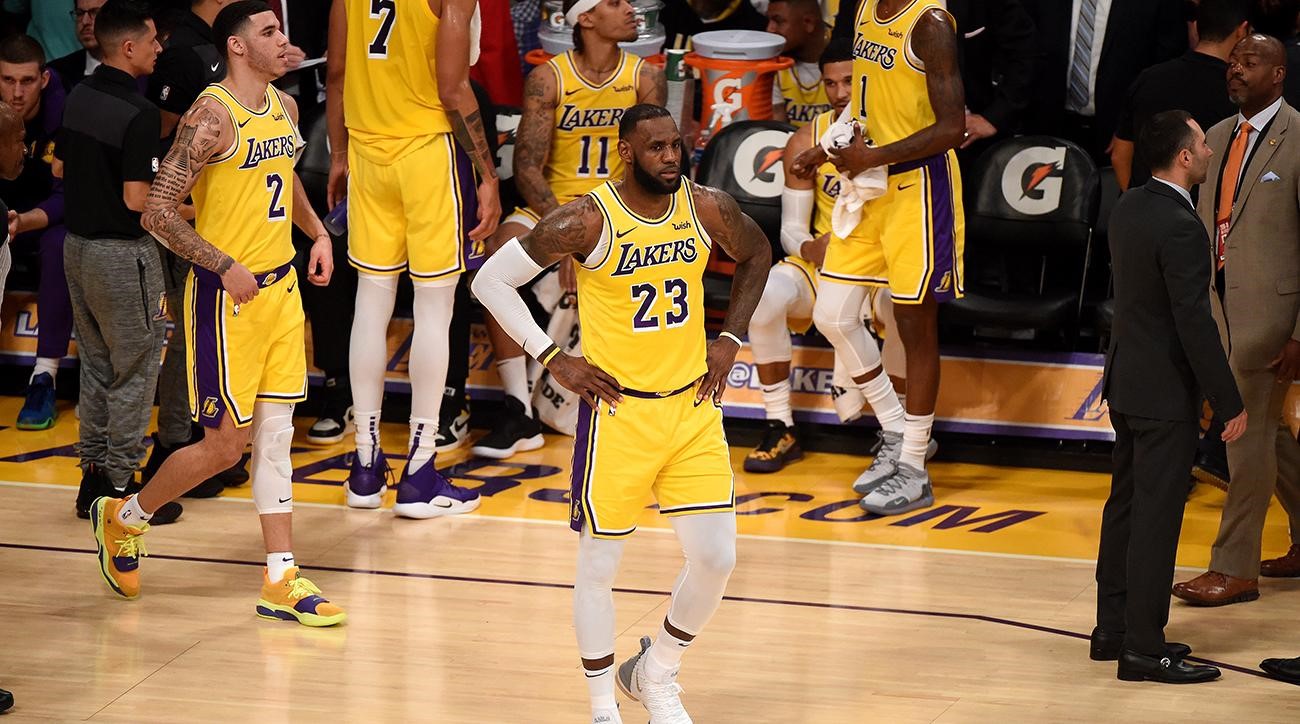 "It's not tough. I know what I got myself into. It's a process. I get it. And it will be fine. So, I didn't come here thinking we were going to be blazing storms right out of the gate. It's a process, and I understand that."

Just trust the process. You can tell that to the Philadelphia 76ers who are now reaping the rewards of trusting the process. But for these Lakers, the expectations have been so high with LeBron on the team that there may be no room for patience.

The Lakers are now 0-3 on the season, the first time since his rookie year where LeBron James has started a season at 0-3.Following his two free throw misses with 12 seconds left in the overtime period, LeBron James is 10-21 from the free throw line in the last 15 seconds of the 4th quarter or overtime in one-score games since the start of last season. That 48% free throw shooting is the worst by any player in the NBA with at least 10 attempts. Of players with 5 attempts, only Jrue Holiday shot worse at 42.9%.

"Just get to my spot," James said of the possession. "Get to my spot. I got to my spot, got the shot that I wanted. It just didn't go down."

If he could run it back though, that was not probably the spot he wanted. Or at least that’s what the stats say so because according to ESPN Stats and Info, in the past five seasons, King James is shooting only 32.1% on step back jumpers from left side of the court. That’s 8th worst among all NBA players who shot a minimum of 75 from that area on the floor.

Lakers head coach Luke Walton said after the game that he’ll take that shot from LeBron on any given night because the King is going to “hit most of those”. Obviously, Walton didn’t do his homework when saying that. Obviously, he isn’t doing enough homework with getting his team to correct the same mistakes they’ve made since the preseason.

Learning From Their Mistakes 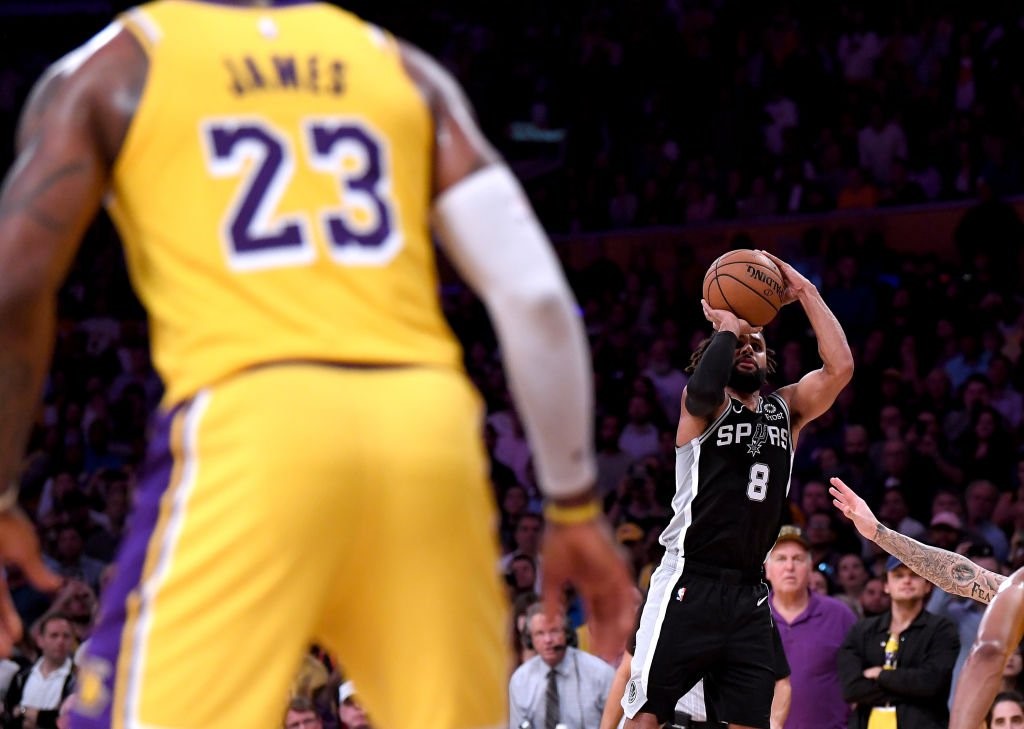 While the Lakers have provided plenty of excitement with their offense, their defense has been atrocious. It’s not just that their individual defenders are getting beat and blown by on dribble drives but it’s also that the help always comes late. Coming off screens, opposing shooters-mostly three point shooters, get little or no contest from the Lakers’ perimeter defense( if that exists at all). When their defenders are engaged, they play solid “D” for a few seconds but end up frustrated after getting forced to commit cheap fouls. Remember #Spitgate? That all began when Ingram was called for a useless foul on a driving James Harden. How many times did Harden bait a foul on his defender? Harden shot 15 free throws against the Lakers while Los Angeles shot 17 as a team.

Offensively, they are good but could need plenty of organization with their plays and consistency with their three point shot. After three games played, the Lakers have shot just .345 from behind the three point line as a team. That’s currently second worst in the league, just behind Phoenix who is at .334. Los Angeles also entered Monday night’s game against the Spurs ranked dead last in the NBA in Defensive Quantified Shot Probability, a stat that measures the likelihood of making a shot while considering shot selection and the playing shooting the basket.

Still, these do not take away the fact that the Lakers have been competitive since the preseason and this kind of competitiveness wasn’t there last season. They may be 0-3 but remember that their first three games have come against Portland, Houston and San Antonio, three teams which made the playoffs last season.

Of course, having LeBron James on their side have placed the expectations at an all-time high. But remember that James is just one player and while he is the best player in the game today, he is one without a go-to move and who doesn’t have the best shooting percentage when it comes to hitting game winners. I’m not saying that LeBron is not clutch. He proved that last season. But James simply does not have the ability to finish the game the way Michael Jordan and Kobe Bryant did. He is a great player no doubt but in his own way.

King Can’t Do It Alone

Let’s not forget though that he is playing without an All-Star teammate in Los Angeles. San Antonio had DeRozan and Aldridge (former All-star). The Rockets had Harden and CP3. The Blazers had Lillard and McCollum. That is why the Lakers need to add a second max salary superstar next season. LeBron cannot do it alone. He’s never had success in his career doing it all alone. But who did? Michael Jordan had Scottie Pippen during his six title runs. Kobe had Shaq in three then Pau in two. Even Steph Curry needed Klay Thompson and Draymond Green to win all his three NBA titles. Miami had a big three. San Antonio had Duncan, Parker and Manu.

However, the Lakers don’t have to wait for next season to get better. They can always get better and they will get better as the season progresses. LeBron is correct when he said that it isn’t like instant oatmeal. But the longer this struggle goes, the bigger challenge it will be for LeBron James. Sure, he’s experienced adversity before but not like this. His first stint with Cleveland is probably the closest to what is happening now. The difference is that this time around, he is 33 and the expectations are much higher.

LeBron James is an all-time great but this is a point in his career where his greatness will be tested. It’s no longer about the points, rebounds, assists, blocks, steals or any advanced statistic out there. It’s about raising his teammates’ level of play. LeBron had a spectacular 2017-18 season but instead of that kind of play rubbing on his teammates, it’s probably his teammates’ flaws that’s rubbing on him.

Indeed, the Lakers look like they are headed the right direction. However, they are not getting the results, at least not yet. It’s going to be a long process indeed and only time will tell if LeBron and the Lakers fans will have the patience to trust the process.