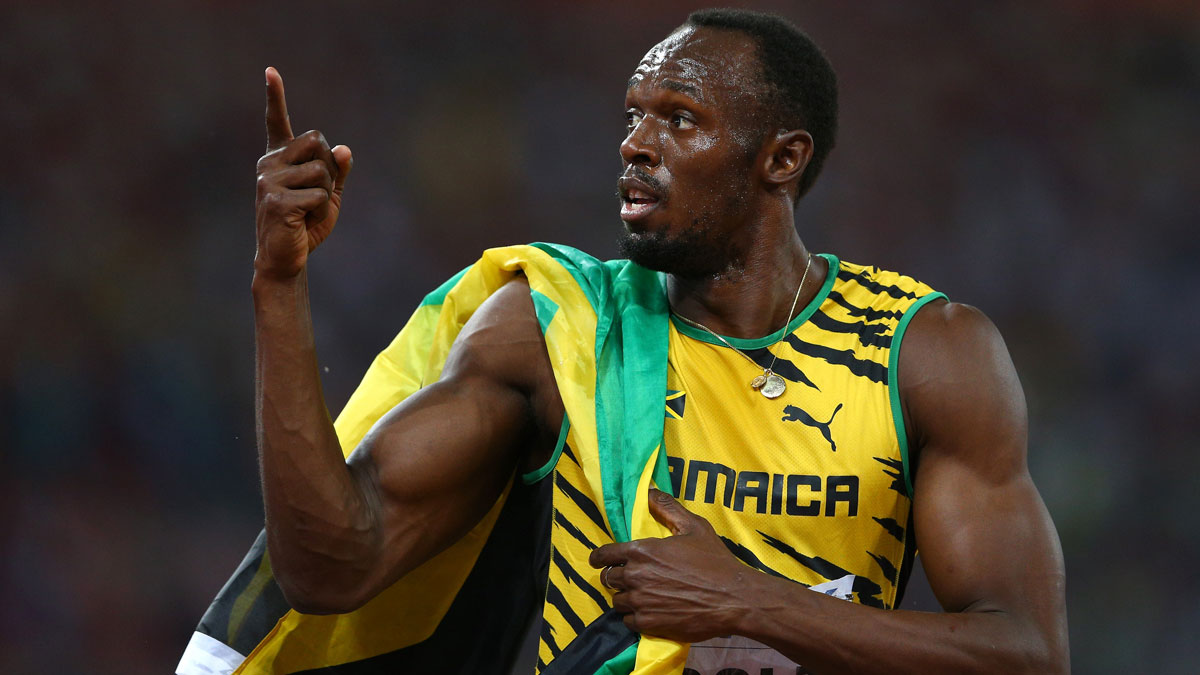 Usain Bolt had hoped for a fairy tale ending to a storied career that has transformed this scoliotic Jamaican to the world’s fastest man. But the happy ending was not meant to be.

Bolt owns the the top four fastest 100m sprints in history, including the magical 9.58 which he clocked at the same World Championships at Berlin in 2009. He is the most successful athlete in the World Championships, having won the 100m, 200m and 4x100m relay from 2009 to 2015. The only time he lost was when he was disqualified because of a false start in the 100m finals in 2011. He is the first sprinter to win three titles in both the 100m and 200m competition.

In the Olympic Games, Bolt has equally been a class all by himself. Since debuting in the 2008 Olympics, Bolt has won a total of 8 Olympic gold medals. He won the 100m, 200m and 4x100m relay in three consecutive Olympics, although one of his 4x100M gold was taken back after teammate Nesta Carter failed a drug test. Bolt is the only sprinter to record the ‘triple double’, winning the 100m and 200m in three consecutive Olympics from 2008 to 2016.

Bolt’s victory in the 2016 Olympics came at a time when injuries were starting to take their toll on the greatest sprinter ever. But shortly after his Olympic triumph, Bolt announced that he would be retiring in 2017 and that the 2017 World Championships in London would be his final event. And so the stage was set for Usain Bolt’s farewell party.

The End of An Era

There were signs that all wasn’t going to just as everyone had hoped it would. Bolt declared himself ready to defend his 100m title but he had run under 10 seconds only once this season and before the world championships. Former sprint great Michael Johnson even said that Bolt had never looked more vulnerable than ever and he was correct.

Bolt is known to be just ordinary off the blocks but during the heats, he was too slow even for his standards. It was too slow that Bolt was only fifth at the halfway mark of the race. By the 90m mark though, he was in control. He finished at 10.07 but shook his head.

“That was very bad, I stumbled coming out of the blocks. I’m not very fond of these blocks. I think these are the worst ones I’ve ever experienced. I have to get this start together because I can’t keep doing this.”

In the semifinals, he lost for the first time in 45 starts. Tennessee’s Christian Coleman edged Bolt by .01 as the American topped the race with a time of 9.97. Still, many believed that it was just a temporary setback and that like he’s always done in the past, Usain Bolt would deliver when it mattered most. That did not happen in the finals.

Embed from Getty Images
As he has always in the past, Bolt struggled off the blocks. But unlike almost all of his races where his seemingly superhuman speed made up for it in the second half of the contest, there were no spectacular finish this time around. Only a stunned crowd who could not believe what they had just witnessed.

All eyes turned to lane four as Christian Coleman, the man who snapped Bolt’s undefeated streak in the semis, was poised to take victory. Coleman, who had run 40 races this year but turned professional only weeks ago, was going to be Usain Bolt’s chief competition. As it turned out, Coleman outdueled Bolt again but it was not he who won the race.

Out of nowhere, Coleman’s fellow American Justin Gatlin, turned back the hands of time and finished very strong in lane seven. In a photo finish, Gatlin clocked 9.92 to win the most prestigious race in all of track and field. Coleman finished second at 9.94 while Bolt, the man everyone came to watch, had to muster his last ounce of greatness to time at 9.95. We were used to watching Usain Bolt make the most of small margins. Not this time.

Bolt has made bold and cocky statements during victories and has proclaimed himself as the greatest ever. But in defeat he was also a class act like no other. With the crowd jeering Justin Gatlin after the victory, Usain Bolt was the first to reassure the winner. Said Gatlin:

“The first thing he said to me was congratulations. He said, ‘You don’t deserve all these boos’. I thank him for inspiring me throughout my career and he’s an amazing man.

Amazing may even be an understatement. The tracks have never seen an athlete like Usain Bolt and there will never be another one in this lifetime. Bolt had been the sport’s undisputed superstar in the last decade. No sprinter has run faster or has won as many gold medals as Bolt. And no one in history has done it so easily plus with plenty of charm.

Bolt’s electric personality and glittering feats were a ray of sunshine in a sport tainted by doping. Of the 30 fastest times ever in 100m history, only nine were run by an athlete not banned for drugs. All of those nine were by Usain Bolt.

Gatlin won the 100m gold medal in the 2004 Olympics in Athens. He then took the sprint double in the 2005 World Championships in Helsinki. Twelve years later, he has reclaimed the title of fastest man on the planet. But his victories have never been without any controversy.

Prior to his victory over Usain Bolt at the 2017 World Championships, Justin Gatlin looked like everything bad about the sport. The 35 year old American was busted for drugs in 2001 and served a one year ban. Then in 2006 he was caught doping again and sentenced to an eight year ban which was later reduced to four. He’s been ‘clean’ since but nobody seems to have forgotten about his past.

The crowd of over 50,000 let Gatlin hear how they felt about him. Gatlin was constantly booed throughout the competition. There were plenty of boos when he entered the stadium during the heats and the semifinals. The jeers got louder when the former drug cheat’s name was flashed up on the scoreboard as the winner, ending Usain Bolt’s golden rule in an upset nobody expected.

Despite losing his final solo race, Usain Bolt still made history. The bronze medal, his first of such kind in the World Championships, gave him a total of 14 medals in his career. That put Bolt in a tie with the great Merlene Ottey for the most World Championship medals ever by a Jamaican athlete. With the 4x100 relay next week, Bolt can put himself in a pedestal all by himself with 15 medals.

Bolt is expected to be part of Jamaica’s quartet in the 4x100 race on August 12. Should that be the case and should Jamaica retain the title as expected, Bolt will end his career with a total of 12 gold medals, two more than long distance runner Mo Farah who is second to him on the all-time list. Barring any more gatecrash, the greatest sprinter of all-time can have his fairy tale ending on top of the podium with yet another gold medal around his neck.