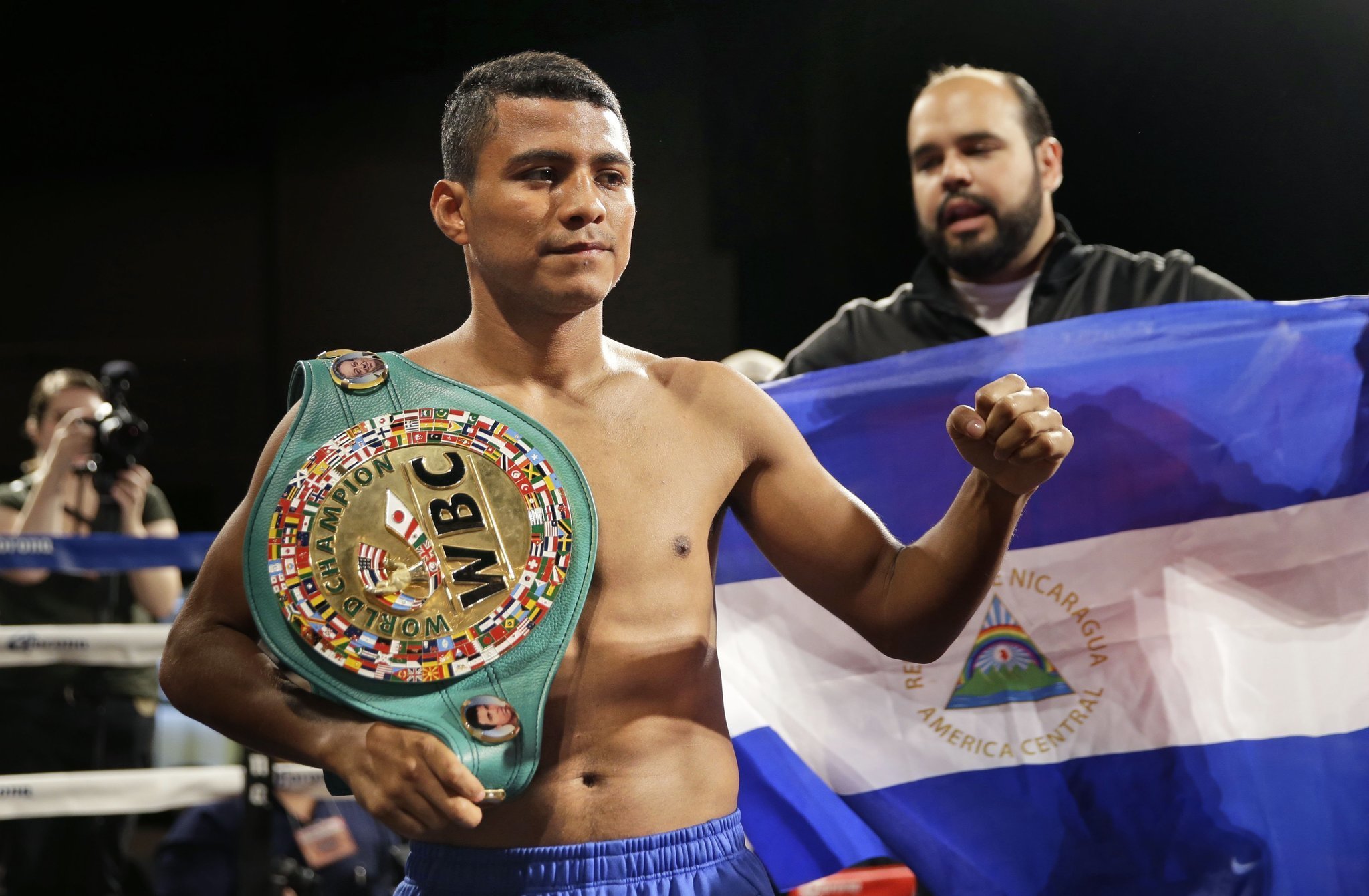 They say lightning never strikes the same place twice. Well, technically it didn’t. Roman Gonzalez lost to Srisaket Sor Rungvisai last March at the Madison Square Garden in New York. He lost again to Rungvisai on Saturday night at the StubHub Center in Carson California. But even then, Chocolatito still lost. To the same opponent, yes. But in a more convincing fashion than the first time around.

When Rungvisai beat Chocolatito in their first fight, there was controversy. The Thai fighter was awarded the bout via majority decision. Two judges had Rungvisai winning 114-112 while the third judge had it an even 113. Gonzalez suffered a nasty cut from an accidental ( ?) headbutt in round three and bled the rest of the way. Save for the flash knockdown he suffered in Round 1, it appeared that Chocolatito had done enough to win.

Compubox numbers had Chocolatito landing 441 out of 1,013 punches ( 44% ) while Rungvisai only connecting 284 out of 940 punches ( 30% ). He also out-landed Rungvisai in 10 out of the 12 rounds. But with blood dripping from Chocolatito’s eye, it looked as if Rungvisai was in command, even if he wasn’t.

The loss was the first in the career of Chocolatito who had won his first 46 bouts ( 38 by knockout ) to become boxing’s new Pound for Pound King. Gonzalez is the first boxer from Nicaragua to win world titles in four different weight classes, surpassing the three won by his idol and mentor- the legendary Alexis Arguello.

Srisaket Sor Rungvisai left the Sisaket province at the tender young age of 13 to look for odd jobs in Bangkok. Initially, he worked as a security guard. Then he became a garbage collector. When the money wasn’t enough, he searched for leftover food from the trash he collected from stores.

He found his way to boxing and in 2010, he was signed by the Nakornloung Promotion as a professional boxer. After Rungvisai won the WBC Asian Boxing Council Super Flyweight title in 2011, he challenged Japan’s Yota Sato for the WBC Super Flyweight belt in 2013. He won the fight via 8th round TKO but lost the title to Carlos Cuadras after one successful title defense.

Rungvisai had a 44-4-1 record when he challenged Chocolatito last March. But most of his victories came against unknown foes and patsies. Gonzalez had already beaten 11 current or former world champions in his run to the top of the pound for pound rankings. Rungvisai was a huge 14-1 underdog when he faced Chocolatito. He left New York as the New Cinderella Man of boxing with his major upset of the previously unbeaten Gonzalez.

Because of the controversial nature of Rungvisai’s win, Gonzalez petitioned the WBC to order a rematch. The WBC obliged and so the runback was set for September 9 in Carson’s StubHub Center. Gonzalez was eager to prove that the loss was a fluke and that he was cheated of a victory in New York. On the other hand, Rungvisai believed that he won the fight fair and square and that he’ll beat Gonzalez again, anytime and anywhere.

Many expected Chocolatito to exact revenge on his conqueror. But the Chocolatito who became boxing’s pound for pound best fighter never showed up on Saturday night. Fans expected to see the Chocolatito of old. Instead it appeared that they were watching an ‘old’ Gonzalez who was just a shell of the action fighter they had come to adore. Although Gonzalez showed flashes of brilliance, it was all Rungvisai. He took every shot Gonzalez threw at him and continued to plow forward with his own power shots.

In the fourth round, a counter right by the Thai champion dropped Chocolatito. Gonzalez got back to his feet but it was clear that it would only be a matter of time. Another right hook from Rungvisai floored Gonzalez and this time, he was down and out. The end of the bout and perhaps the end of Chocolatito’s career as a prime fighter came at 1:18 of round four.

Best Days Behind Him

The win thus established Rungvisai as a true top fighter at 115 pounds. He erased the doubts of his controversial win over Gonzalez by brutally knocking him out. In the undercard, Juan Francisco Estrada defeated Carlos Cuadras to become Rungvisai’s mandatory challenger. Earlier in the night, Japan’s Naoya Inoue retained the WBO version on the 115 pound belt with a six round beatdown of Antonio Nieves. Both Estrada and Inoue look to be lucrative fights for Rungvisai. The Thai fighter says he’ll fight whoever.

As for Chocolatito, he may only be just 30 years old but after coming out on top of many brutal wars inside the ring, his back to back losses to Rungvisai may mean the end. When he lost last March, many thought he was robbed of a win. But after a savage knockout loss to the same opponent, it does appear that his best days are behind him.

The the wear and tear of a long and hard fought career has obviously taken its toll on the great Chocolatito. Chocolatito’s fighting style and size have caught up with him. Remember he started fighting at minimumweight and climbed all the way to 115. He finally faced a true super flyweight and he could not take Rungvisai’s size and power. Despite the setback, his promoter Tom Loeffler thinks he is not yet done. However, based on what we saw on Saturday night, Loeffler may be wrong. Just as we all were about Srisaket Sor Rungvisai.