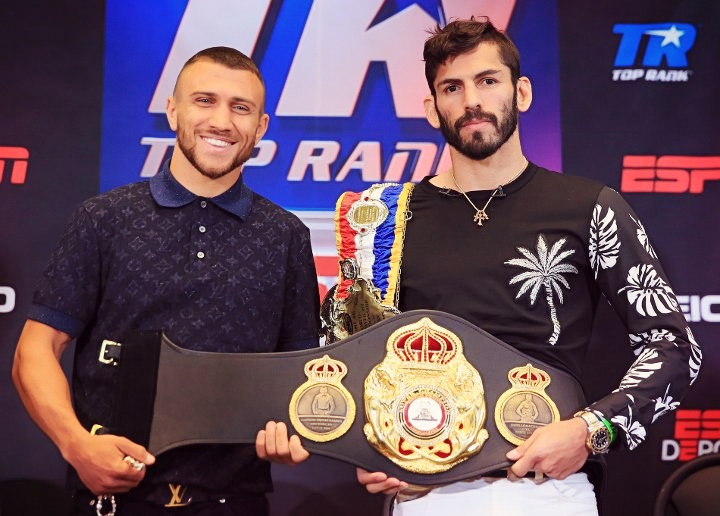 One of the year’s most highly anticipated boxing bouts takes place on Saturday, May 12, 2018 when Vasyl Lomachenko challenged Jorge Linares for the WBA lightweight title. The fight will be held, fittingly, at New York’s Madison Square Garden, which is long considered as the Mecca of Sports.

Here’s why the Lomachenko vs Linares fight is one you shouldn’t miss: 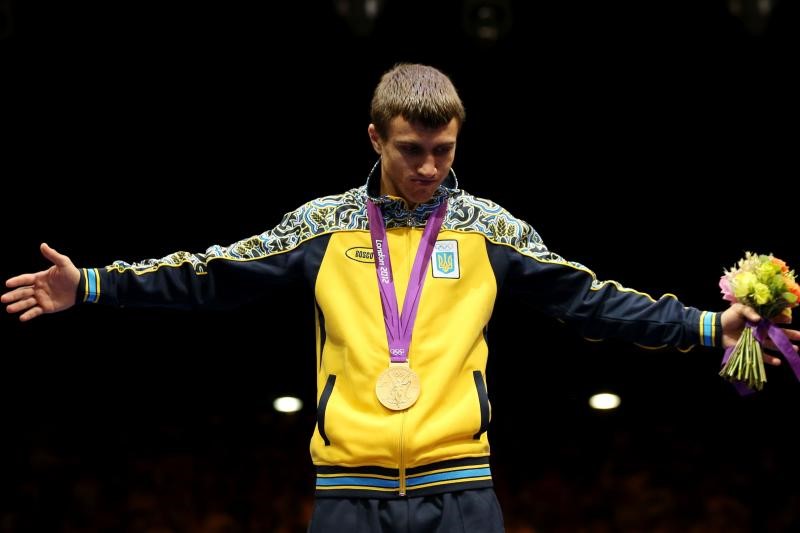 Lomachenko comes to the fight with a record of 10-1 but don’t let those numbers deceive you. The man is arguably the greatest amateur boxer of all-time, with a record of 396-1 with his only defeat, avenged twice. Loma won two gold medals in two consecutive Olympics in 2008 and 2012. He also won two golds at the World Championships and likewise won in successive events in 2009 and 2011.

He turned pro in 2013 and signed with Bob Arum’s Top Rank promotions. After winning his first professional bout, Lomachenko attempted to make history by winning a boxing world title in only his second professional fight. The record was three fights, set by Thailand’s Saensak Muangsurin in 1975.

But Loma’s date with destiny was foiled when he lost via controversial split decision to Mexican brawler Orlando Salido. Most believed that Lomachenko won the bout and many felt that Salido wasn’t punished by the referee for repeatedly hitting Loma low. Because Salido failed to make weight for the fight, hence the WBO featherweight belt remained vacant after the fight.

Undeterred by the setback, Lomachenko would fight for the same belt again in his next fight and he defeated American Gary Russell Jr. by majority decision to win his first world title in only his third professional bout, tying the record of Muangsurin. 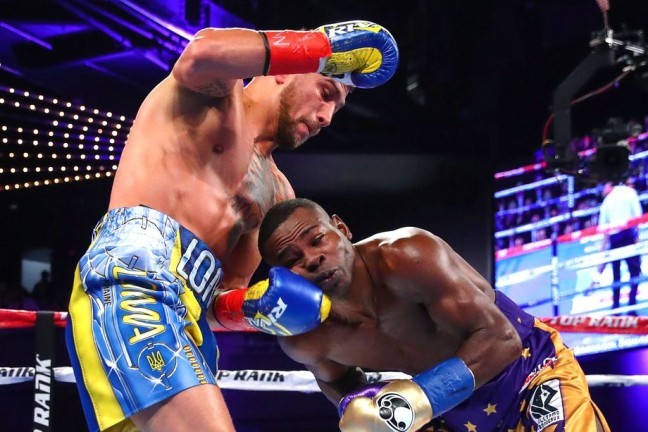 Four bouts later, Lomachenko became the fastest boxer to win world titles in two different weight classes when he knocked out Roman Martinez to win the WBO junior lightweight title.
Lomachenko achieved the feat in seven bouts, beating the old record of 8 set by Japan’s Naoya Inoue. The win over Martinez marked the beginning of a dominant era no one has ever seen before in boxing.

Lomachenko was criticized for defending his first title against three unknown fighters. But when he won his second belt, Lomachenko fought some of the best names he could have ever faced. And he beat all of them so decisively that they refused to come out of their stools after a particular round to call it quits.

Yes. We’ve seen fighters rack up knockout after knockout and those are impressive. But to have your last four opponents quit on their own free will during boxing bouts is rather spectacular. And it’s not just ordinary opponents that Lomachenko has made quit. The victims who retired against Loma were Nicholas Walters, Jason Sosa, Miguel Marriaga and most recently Guillermo Rigondeaux.

Lomachenko established his star power when he made the vaunted Axe Man Walters to quit. Walters was considered one of the most feared fighters in the lower weight classes because to his brute strength and power. But Loma beat him up and he quit on his stool after just seven rounds. However, Lomachenko officially became a superstar when he made Rigondeaux quit after just six rounds. 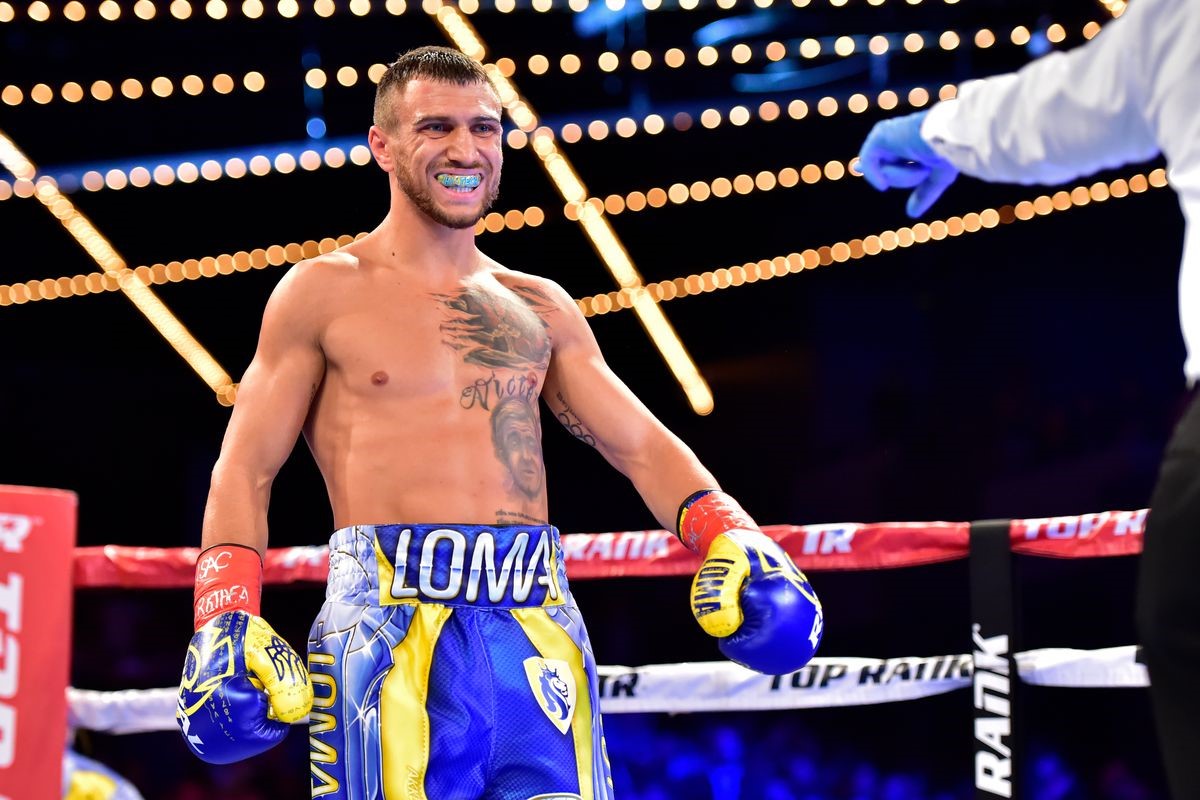 Like Lomachenko, Rigondeaux was considered one of the best amateur fighter’s ever. He was also thought of as one of the best defensive fighters since Floyd Mayweather Jr. Rigo was almost unhittable before fighting Lomachenko. Hi Tech Lomachenko turned him into a sitting duck target.

This weekend, Lomachenko hopes to add to his resume. become the 47th triple champion in boxing history and the first since Filipino Donnie Nietes on April 29, 2017. To do so though, Lomachenko must get past the toughest opponent of his career in Jorge Linares.

Unlike Lomachenko, Linares does not have a storied amateur background. Nor did he carry the same amount of hype when he turned pro. But over the years, Linares has developed from a talented but vulnerable prospect into one of the elite boxers of this generation. 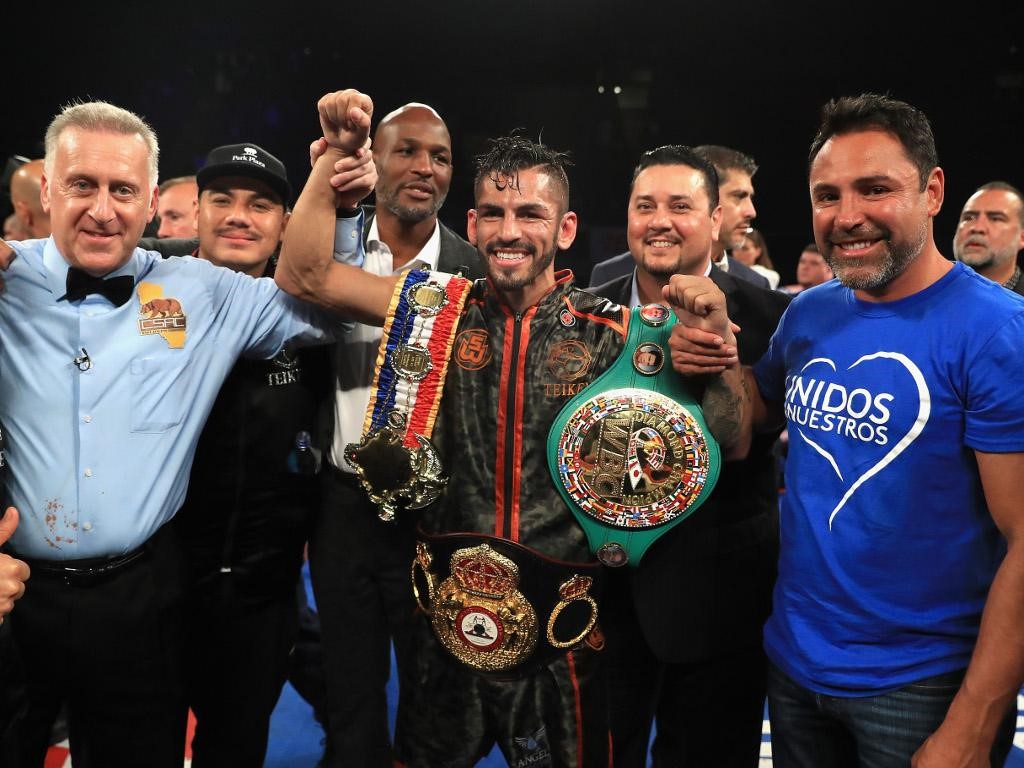 The 32 year old Venezuelan Golden Boy ( El Nino Oro ) has won four world titles in three different weight classes in his 16 year professional boxing career. After winning world titles at featherweight and super featherweight, Linares captured a third division when he won the vacant WBC lightweight title in 2014. Two title defenses later, he was stripped of the belt after taking a break due to a fractured hand.

One year later, Linares traveled to England and unseated Anthony Crolla for the WBA lightweight title. He repeated over the Englishman in an immediate rematch six months later. Linares’ second title defense was against the highly touted Luke Campbell also in England. He beat Campbell by split decision. In his most recent fight, Linares defeated Mercito Gesta via unanimous decision last January 27th.

Linares has not lost since dropping back to back fights to Mexicans Antonio De Marco and Sergio Thompson in 2012. He is ranked as the best lightweight in the world by Ring Magazine and Box Rec. He may not have Lomachenko’s pedigree but he is just as technically skilled.

Without doubt, Jorge Linares is one of the most underrated talents in boxing today. He’s a crafty veteran who always finds a way to win. Against Lomachenko, he is the bigger man with a one inch height advantage and a four inch reach advantage. If you talk about speed and quickness, he isn’t far behind from the Ukrainian sensation.

Vasyl Lomachenko may be heavily favored to win this bout but Linares is in it to win it. The betting lines are deceiving and don’t be surprised if El Nino de Oro give Lomachenko one hell of a fight. This is a true test for Lomachenko and if he wins this one then the world should start taking him seriously.