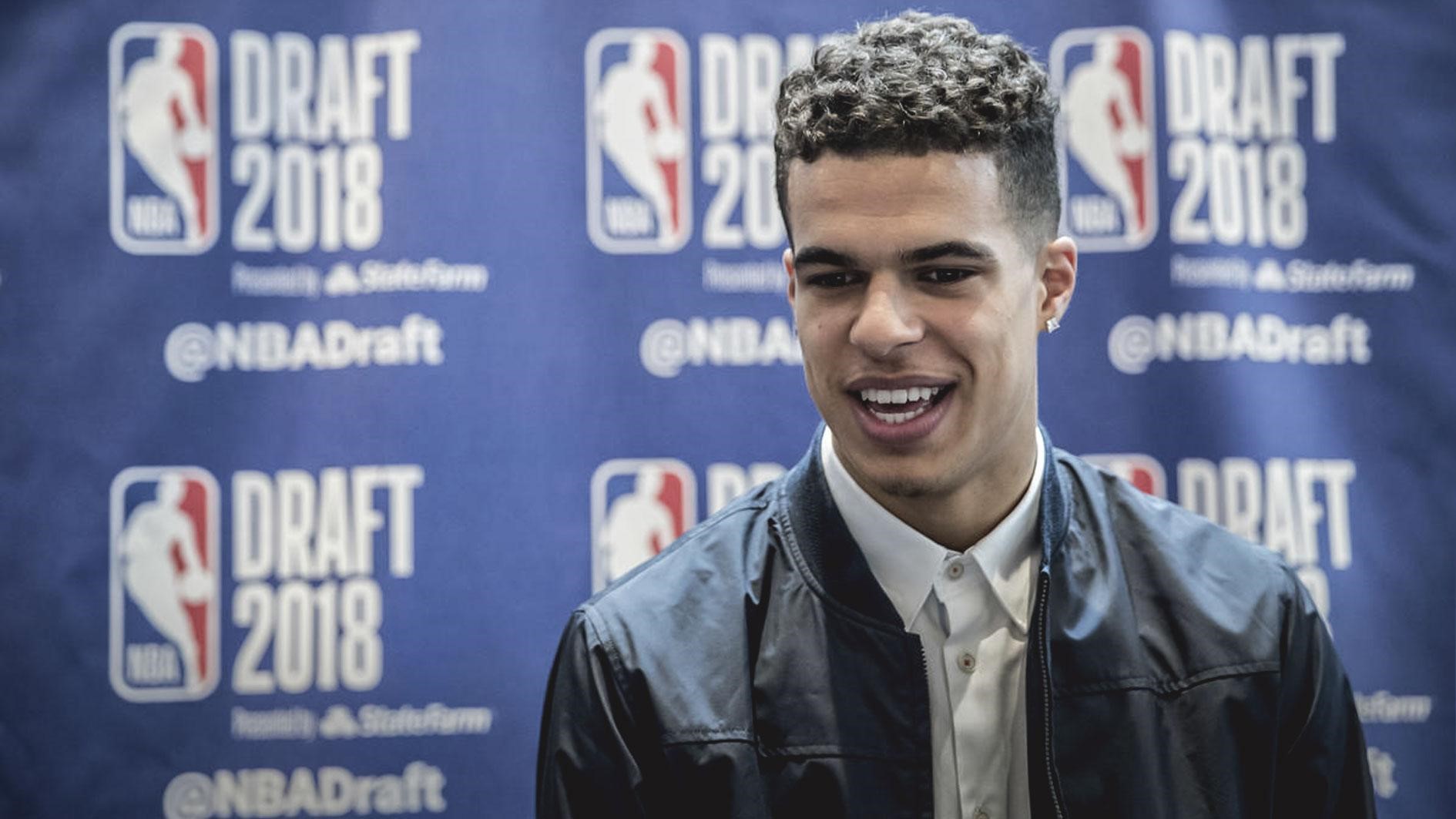 ls Michael Porter Jr. About To Prove His Critics Wrong?

But less than two months after lottery teams avoided him like a plague on draft night, Porter may be close to proving his critics wrong and making Denver look like a genius in taking a risk on him.

We saw Porter at the Annual Rookie photoshoot on Sunday, involved in a friendly three point shooting contest against Trae Young. Porter beat Young and while that may not be a full gauge of who is the better shooter, it was proof that Porter is better and feeling more comfortable after being hounded by injury issues on draft night.

Missing Most Of His Freshman Season 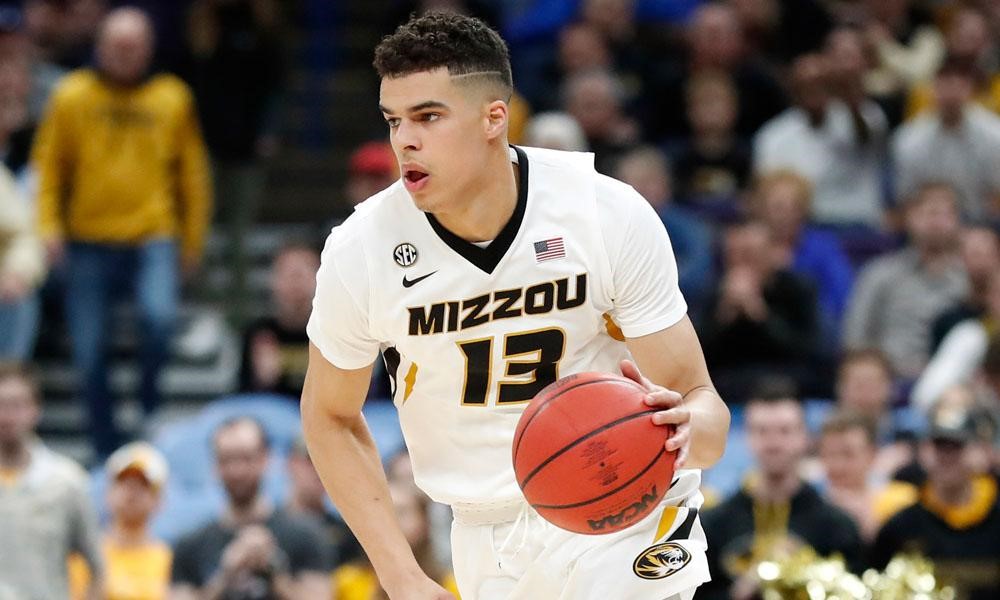 Once considered as a possible #1 overall pick in the NBA Draft, Porter slipped to 14th overall in the 2018 NBA Draft amid concerns on his health. Porter’s stock took a big hit after he missed most of his freshman season at the University of Missouri following surgery on his back. He suffered the injury in the first half of Missouri’s season opener against Iowa State on March 24, 2017.

Last November 22, 2017, Porter underwent a procedure called a “microdiscectomy of his L3-L4 spinal discs”. The surgery was successful and Porter officially returned to action for the quarterfinals of the SEC Tournament on March 8, 2018. Porter would also play for the Tigers during the first round of the 2018 NCAA Tournament where they lost to Florida State.

Despite returning to action, Porter would come off the bench instead of starting both games, just as he did on opening night. The move was done as a precaution as Porter was coming off a delicate surgery and a serious injury. After the loss to Florida State, Porter announced his intention to enter the 2018 NBA Draft.

Porter ended his short NCAA career with averages of 10.0 points, 6.7 rebounds, 3 assists and 1.0 steals per game. He played in just three total collegiate games, starting only one game and averaged 17.7 minutes played per contest. The numbers were decent but did not reflect Porter’s status entering college.He was a five star recruit and ranked one of the top high school players in the nation by both ESPN and Rivals.com.

As a senior at Nathan Hale High School, Porter averaged 36.2 points and 13.6 rebounds per game while helping the team earn a perfect 29-0 record and win the Washington Class 3A State Championship. Porter also played for Team USA in the 2017 Nike Hoops Summit, scoring 19 points in 23 minutes while helping Team USA beat the World Select Team 98-87. Porter was also the MVP in the McDonald’s All-American Game in 2017. 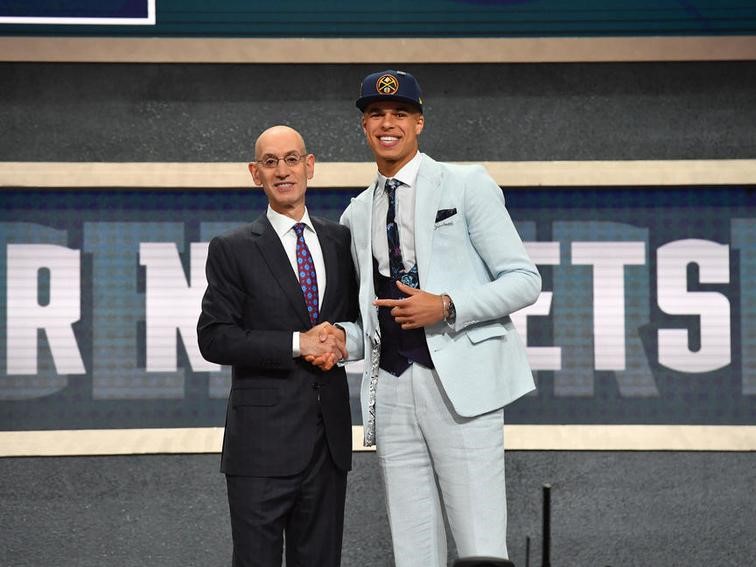 Despite his injury history, Porter was still considered a Top-10 pick in the months leading to the 2018 NBA Draft. Some mock drafts had him as high as #4 because of his talent but teams had plenty of reservation because of his medical issues. With a week to go before the draft, Porter was still considered one of the Top 5 picks of the draft. But after canceling his multi-team workouts on draft week, speculation on his health heightened.

League sources reported that lottery teams like the Phoenix Suns, Sacramento Kings, New York Knicks and Chicago Bulls were slated to have Porter workout for them before the draft. Sacramento even attended Porter’s Pro Day in Chicago and was keen on having a second look at the Missouri product. But after canceling his workouts due to hip spasms, teams avoided Porter like a plague in the draft.

After hearing one name after another in the 2018 NBA Draft, Porter finally heard NBA commissioner Adam Silver read his name-as the final lottery pick of the 2018 NBA Draft by the Denver Nuggets. Porter’s slide is one of the most surprising in NBA draft history but it may turn out to be one of the biggest steals since Kobe Bryant was picked 13th overall in 1996.

There were rumors of a medical report falling into the hands of the lottery teams just before the draft. The report supposedly told the story of Porter’s back injury and the short term prognosis wasn’t good. This was reportedly one of the reasons why Porter slipped so far in the draft. But the Nuggets took the gamble.

Denver wasn’t even planning on using the 14th pick to bolster their line-up. Instead, they were keen on using it as a bait in a salary dump involving Kenneth Faried. But when Porter was still available at #14, they took their chance on MPJ and kept the pick, while trading Faried along with Darrell Arthur and a couple of future picks for Isaiah Whitehead the following month. 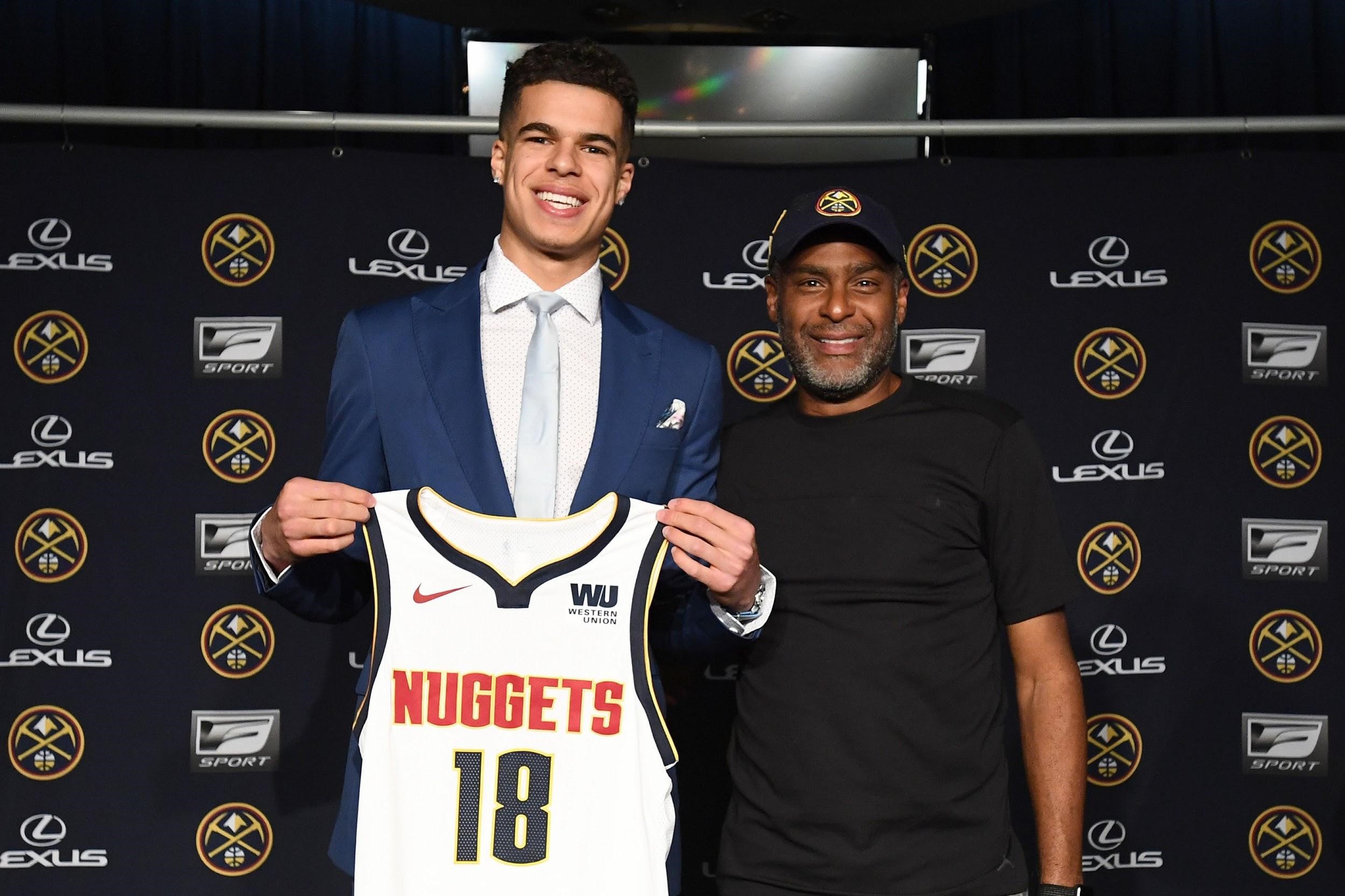 Some say that move was a stroke of genius by the Nuggets. While Porter’s medical history was an obvious red flag, nobody really knew 100% what was going on with him. Sure, he was coming off a November 2017 back injury and sure, he played just 3 games in college and did’t put up great numbers. But neither the injury and his short collegiate career aren’t enough to judge Michael Porter Jr.

Porter’s talent is something that makes you want to ignore the warning signs. He was probably the most talented player in the 2018 NBA Draft when you talk about overall skills. He was the best wing combo forward to enter the draft since Kevin Durant. He doesn’t have KD’s handles nor the ability to shoot off the dribble, but there was no questioning his shooting ability and his athleticism.

Porter was already a versatile scorer, even when he was still in high school. Sure, there is plenty of room for improvement but when you look at the offensive arsenal of the other lottery picks in the draft, perhaps only Luka Doncic would compete with Porter in terms of versatility and finesse. Still, all these talent and skills were tied to his health. Denver didn’t care. Now they may have dug a golden nugget.

Porter underwent a second back surgery in July and the Nuggets did not announce a timetable for his return. But barely three weeks after that second procedure, Porter claims that he is pain free and expecting to be back before the start of the 2018-19 NBA season. Said Porter during Sunday’s Annual Rookie photoshoot:

"I finally feel, like, good…."I don't have a date but I'm hoping to be back for the beginning of the year. Gotta heal up, but I feel great," Porter said. "I'm able to get on the court a little bit right now, do some different things. But my rehab has definitely been very conservative. They're really taking it easy with me, being patient with me."

"[Doctors originally] only thought one of [the bulging disks] was symptomatic. They went in and fixed that one. Turns out that both were symptomatic. So my first surgery helped a lot but didn't fix the entire problem. Now that they did this one, I've got no pain or anything. I'm excited.”

The Nuggets Are Excited Too

Porter isn’t the only one who is excited with this development. The Denver Nuggets are too. Imagine from initially having not timetable on their rookie’s return and faced with the prospect of having to sit him out for one season, he may be ready to play when the 2018-19 NBA season opens on October 16th.

There is still nothing definite on Porter’s return but you bet the Nuggets are smiling right now. Michael Porter Jr.’s case made a 360 degree turn in less than a month. Sure, they will take things easily and will never rush him to action given his delicate situation. But hearing Porter himself being this optimistic is a huge victory for the Denver Nuggets.

Even without Porter in the line-up, the Nuggets are expected to contend for a playoff spot. They barely missed the playoffs for the second straight season but Nikola Jokic secured, the Nuggets should be in the thick of the fight again this season. Aside from Jokic, the Nuggets will have Paul Millsap and the improving Jamal Murray back. Gary Harris has successfully returned from injury while the Nuggets added veteran guard Isaiah Thomas in free agency.

The Western Conference is still the tougher conference with the Warriors and Rockets getting better with the addition of DeMarcus Cousins and Carmelo Anthony, respectively plus LeBron James’ arrival in Los Angeles. But with the Nuggets returning the core of last season’s line-up, they are expected to be one of the teams to watch this coming season.

If by some stroke of luck and plenty of hardwork in the rehab period Michael Porter Jr. is able to play a good part of next season, expect the Nuggets to be better. Expect Michael Porter Jr. to give the other lottery picks a run for their money in the Rookie of the Year voting. And yes, expect thirteen General Managers to start scratching their heads if Porter is able to play healthy again.