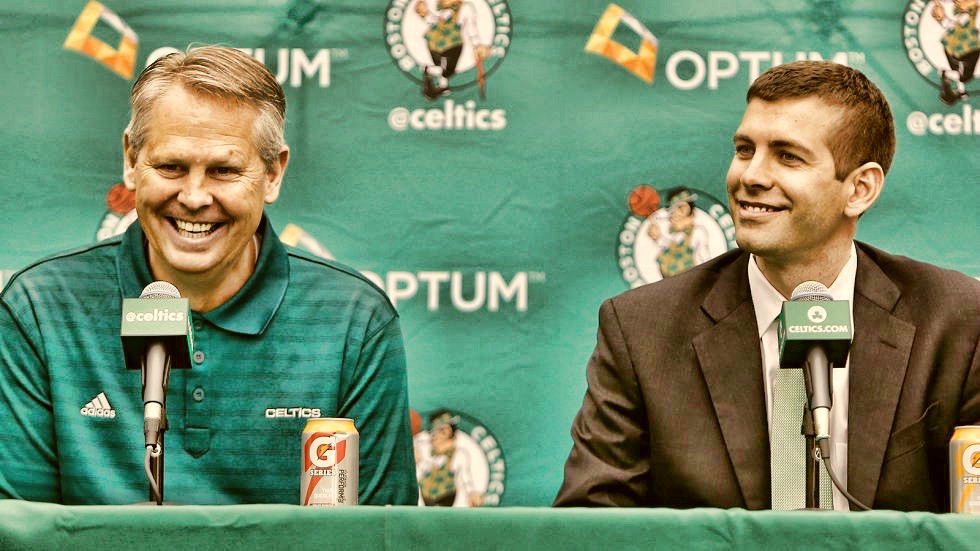 Luck Of The Leprechaun? Celtics Could Land Another Gem in 2018 NBA Draft

Boston Celtics GM and President for Basketball Operations Danny Ainge pulled yet another heist last summer when he traded the Boston Celtics’ right to pick #1 overall in the 2017 NBA Draft to the Philadelphia 76ers. In that trade, Boston agreed to move two spots lower in the draft by taking the Sixers’ 3rd overall pick. However, the Sixers sweetened the deal by adding a conditional 2018 first round pick from the Lakers or a 2019 pick from the Sacramento Kings.

After draft night, the Sixers ended up selecting Markelle Fultz with the top pick while the Celtics drafted Jayson Tatum with the third pick. Fultz is currently on the injured list and hasn’t played much for Philadelphia. Tatum meanwhile has been a gem for the Celtics and is one of the top choices to win this season’s top rookie honors.

As for the sweetener, the Lakers pick is a conditional pick, meaning certain conditions have to be met for it to go to the Celtics. But given the current situation in the NBA, there is a fair chance that well, the pick could go to the Celtics. If that happens, the current Eastern Conference leaders and owners of the second best record in the league will have the opportunity to add yet another valuable piece to their team, given the expected depth of the 2018 NBA Draft.

From Los Angeles To Philadelphia 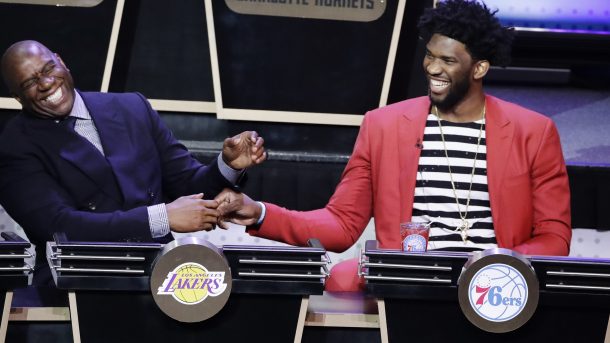 In 2005, the Lakers completed a sign and trade deal that brought Steve Nash from Phoenix to Los Angeles. In that trade, the Lakers parted ways with four future picks ( 2013 and 2015 first round picks and 2013 and 2014 second round picks ) plus $3M in cash to land the former two-time back to back NBA MVP.

Ten years later, the Suns included the Lakers’ 2015 pick in a three team trade involving the Milwaukee Bucks and the Philadelphia 76ers. Under that agreement, the Suns got Brandon Knight and Kendall Marshall from the Bucks while the Bucks got Michael Carter Williams from the Sixers plus Tyler Ennis and Miles Plumlee from the Suns. The Sixers got the Lakers’ pick in the exchange.

The pick had stayed with the Lakers until this season because it was Top 5 protected in 2015 and Top 3 protected during the last two NBA drafts. For 2018 though,, the pick will go to the Sixers if it becomes the #1 overall pick or if it falls to #6 and below. However, if the pick lands between #2 to #5, the Sixers will have to convey it to the Boston Celtics, hence #Lakerspick. 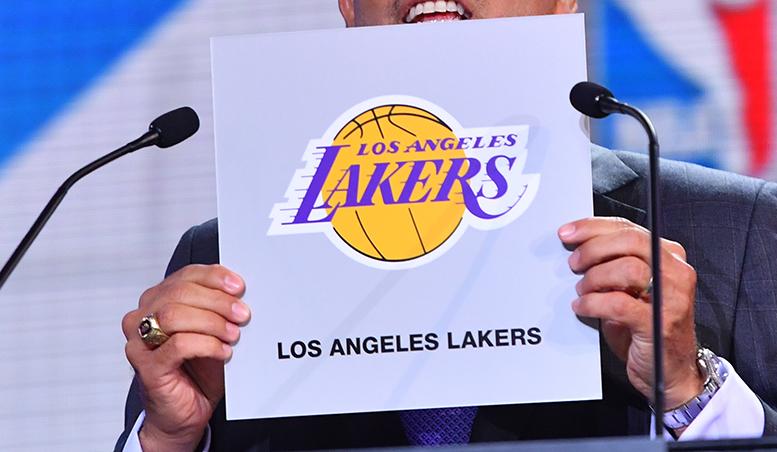 The Los Angeles Lakers picked 2nd overall in the last three drafts. The Boston Celtics are now hoping their rivals get the same stroke of luck in 2018. Or even just up to three picks lower from #3 to #5. Given that there are at least six high profile prospects in DeAndre Ayton, Marvin Bagley, Trae Young, Luka Doncic, Michael Porter and Mohamed Bamba likely joining the draft class, the Celtics are going to go places with their #2 to #5 pick.
And with the Lakers’ current misfortunes and the experts’ prediction models, there’s a good chance of this happening. Listen to ESPN:

“The Lakers project to play the seventh-toughest schedule in the NBA this season. Los Angeles' schedule eases a bit with an upcoming five-game homestand (three games of which the Lakers are BPI projected to win), but the rigid Western Conference will make winning consistently tough on the young Lakers.”

As of January 4, 2018, the Los Angeles Lakers have the second worst record in the NBA at 11-26. They are only 1-9 in their last 10 games and have lost eight games in a row. And as ESPN noted, things won’t start to get better for them anytime soon. Or anytime this season for that matter. Having said that, there is a good chance that the Lakers are going to earn a good lottery position in the 2018 NBA draft.

Moving On From The Nets 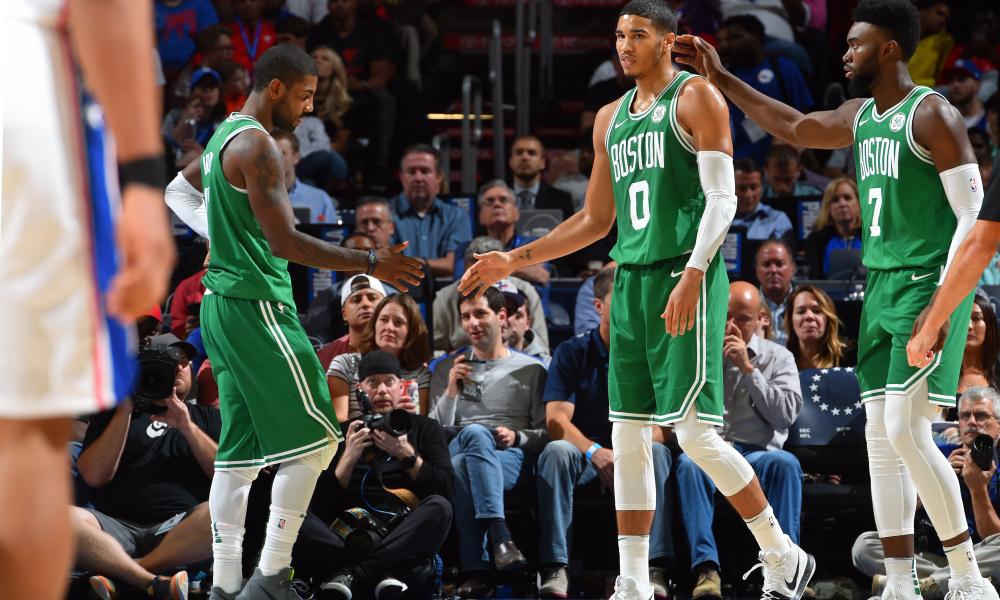 In recent years, the Boston Celtics have enriched their roster with the draft picks that they received from the Brooklyn Nets in the Kevin Garnett and Paul Pierce deal. During that trade, the Celtics acquired the Nets’ first round picks in 2014, 2016 and 2018. They also gave the Celtics the right to trade 2017 first round picks. All these, the Nets did so without any condition or protection.

The Celtics drafted James Young in 2014 and while that may not have paid off, the rest have been a steal. Boston picked Jaylen Brown in 2016 and then got Jayson Tatum in 2017. They used the 2018 first rounder to complete the deal that brought Kyrie Irving to Boston from Cleveland last summer.

So you see, three of Boston’s current starters, including their franchise player in Kyrie Irving were obtained from that abysmal Nets deal. But with the last of those picks now in Cleveland’s hands, Boston is looking to further improve its cast by feasting on the misery of another NBA franchise. Unfortunately for Lakers fans, it’s their team.

Luck of the Leprechaun 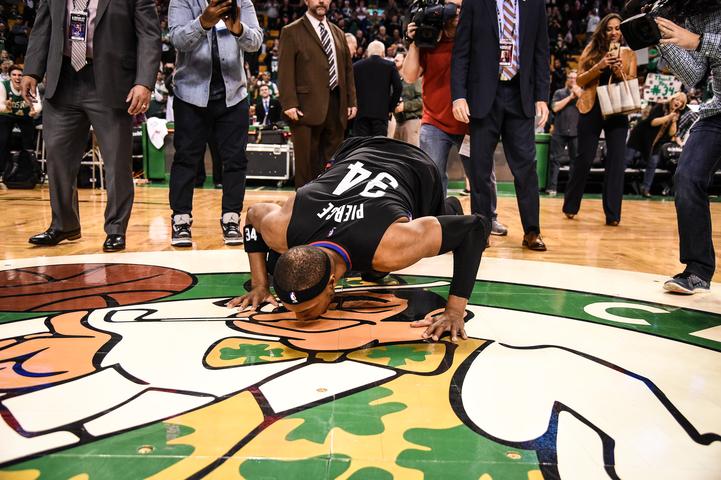 The Lakers ( and the rest of the teams too ) have plenty of reasons to be envious about the Celtics. While Los Angeles let Lamar Odom, Pau Gasol and Dwight Howard walk away in free agency, the Celtics traded Kevin Garnett and Paul Pierce for several first round picks that have become their current ( and future ) assets. On the coaching side, Los Angeles hired Byron Scott while Boston brought in Brad Stevens.

It’s been a tough stretch for the Lakers, really. And now this - #Lakerspick. To some of their faithful, it’s their rivals mocking them. This isn’t about them or them against the Celtics. This is really how the NBA works. Danny Ainge is as shrewd as a front office man can get. They don’t call him ‘Trader Danny’ for nothing. And yes, don’t forget that the Celtics possess what no other NBA team has - the luck of the leprechaun.