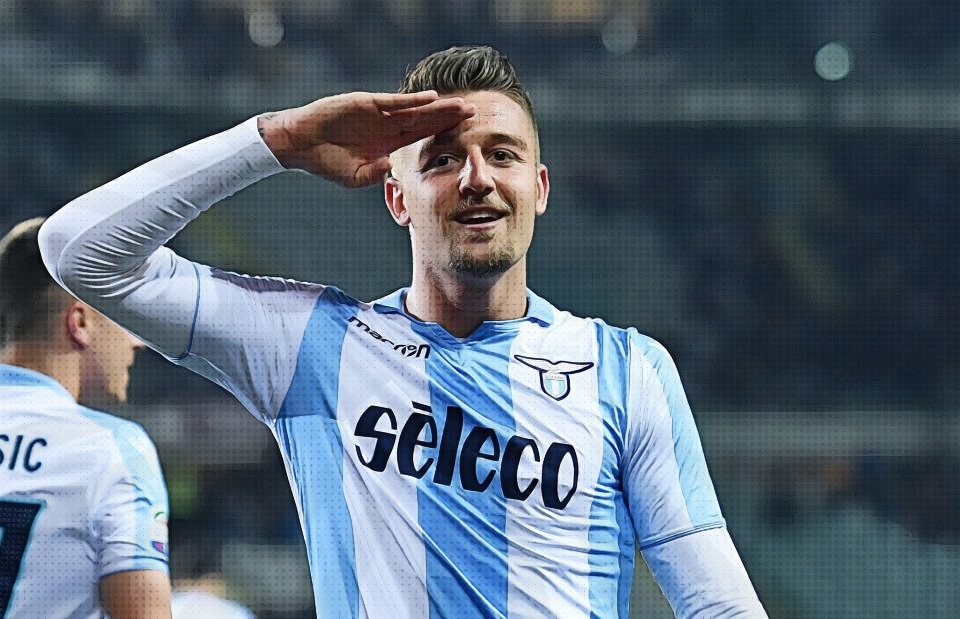 Man United and Tottenham on a Race to Get Milinkovic-Savic

The English top-flight had been a tough challenge for all the clubs involved, except for Manchester City who dominated the league from all angles.

Finishing the season with 94 points, there’s no doubt that the City is the best club in the U.K. this year. But for next year? Probably not. This might be the case especially that Man United and Tottenham are aggressively looking for a new addition to their team, someone who can bolster their offense and strengthen their core.

Though there are numerous players out there who fits that category, the man they’re looking at is Sergej Milinkovic-Savic. The Serbian had been reported to be under talks with the two English clubs. However, his representatives deny such claims.

According to his agents, the Serbian midfielder hasn't signed any contract or deal to leave Lazio anytime soon. This comes as a surprise especially that news headlines said that a €80 million transfer deal links Milinkovic-Savic and Manchester United.

There were even some reports that suggested the Serbian have accepted the offer and is preparing for his move to Old Trafford this coming summer. What made the news even more exciting was that Jose Mourinho was the one who planned it all out.

The struggle is real for Lazio

However, this news isn’t just about the Red Devils as Lazio also plays a huge part in the transfer rumors. Lazio, who are currently placed at the Serie A rankings had been struggling all-season long with their offensive and defensive ends.

Teamwork had been a huge problem, and Le Aquile seemed to lack the enthusiasm and vigor to win the title. Good thing there’s Milinkovic-Savic who had been their go-to midfielder.

The 21-year-old is still new to the football world, but his passion for constant improvement is what sets him apart from his peers. Aerial duels and long shots are his thing — two of his skills which keeps Lazio afloat in the top bracket of the Italian top-flight.

Having a prized asset like him would surely make Lazio think twice of letting him go. That might be one of the reasons why up until now, there’s no conclusive evidence that the transfer will happen.

According to Milinkovic-Savic’s representative, Lazio still has three big games remaining, and preparing for those games is their main focus for now. The agent then added that nobody is talking about any transfer negotiations.

This might be true, but then again, denials are common in the league. It makes sense for the guys over Stadio Olimpico to deny any transfer rumors so as not to strengthen the fire further.

The Biancocelesti might have a tough time in Serie A, but they’ve made tremendous progress in the European arena as they finally qualified for the Champions League. Sports analysts believe that this is one of the reasons why the top European clubs became suddenly interested with the Serbian.

Getting a youngster who has so much potential is a win-win situation for any top-tier club. Plus, the salary demands are still pretty low, knowing that he lacks experience. Getting him as early as possible would then be the best option for final-contending clubs like Man United and Tottenham.

Milinkovic-Savic had a great season so far with his 46 game appearances. Scoring 14 goals and contributing six assists to Lazio in the Europa League and Serie A is solid proof that he's got the makings of a superstar.

If ever he’s offered a new deal by a top-tier club, then it’d make sense for him to grab that opportunity.

Manchester United has expressed their intent to sign new midfield reinforcements following the confirmation of Michael Carrick’s retirement. The 36-year-old midfielder had helped the Red Devils a lot throughout his 12-year stay in Old Trafford.

He’d been a home-grown talent, rising up to the ladders of football stardom together with David Beckham. Him leaving will surely be a big loss to the club. Even their star midfielder Marouane Fellaini’s future in the club is in question as his contract winds down to free agency this summer.

Losing two of their biggest midfield stars is a big and serious loss for them, that's why they need to get a replacement who can be at the same level with the to-be-retired veteran.

Ander Herrera, the Spanish phenom is also reported to leave Old Trafford this summer due to unknown reasons. However, sports analysts think that the reason might be due to his limited number of playing minutes.

The Spurs had been in a pretty tough time in this year’s Premier League. Their offense was frankly weak, and their aggressiveness was too lopsided that their core can be easily overcome even by weak attacks.

The best thing for them to do? Get two elite players who are well-versed in making attacks. Well, Milinkovic-Savic is the perfect guy for that, but reports also suggest that numerous other players are on Pochettino’s radar.

Mauricio Pochettino wants to overhaul the entire Spurs squad this summer for them to effectively compete next summer. It is expected that Spurs defenders Danny Rose and Roby Alderweireld might leave Wembley Stadium as part of the Spurs’ spending spree.
Milinkovic-Savic caught not only Pochetinno’s eyes, but the Hotspurs agents as well after he performed spectacularly in Rome this season. The 23-year-old showed enormous growth throughout the season as he led Lazio’s attacks from all corners, even though he’s original responsibility is just the midfield position.

Versatility is one of his strengths, and that’s what makes him a powerhouse.

Milinkovic-Savic is considered as one of the brightest youngsters in Europe, making him an enticing addition to Pochettino’s team. Having him on board will undoubtedly boost their offense and increase their chances of making it big on next year’s Premier League.

Milikovic-Savic and his current form

The 23-year-old Serbian contributed 11 goals in the Serie A for Lazio — a huge feat for his age and lack of enough playing experience. He is also Le Aquile’s second-highest scorer next to Ciro Immobile.

The rising star also won an average of 3.2 aerial duels for every 90 minutes of his playing time. What’s even better is that his success rate of 56% had been consistent all season long — proof of his prowess in making passes and leading the attack line.