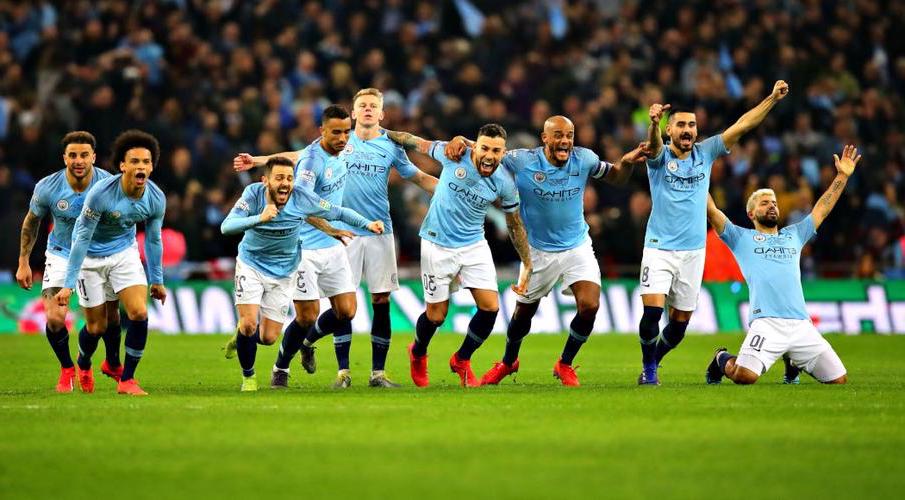 The 2019 Premier League has finally come to an end and what an exciting season it has been. Manchester City, the well-deserving defending champions, have once again managed to bag the title under the mentoring of Pep Guardiola. It is a remarkable achievement from a quite remarkable team and it is the closing chapter on an unforgettable title race.

It is the first time in Premier League history that two teams have reached 90 points in the same season. Manchester City finished with 98 points while Liverpool, just a mere point behind, finished at 97 points. Although it is quite the victory for the Blues, the same couldn't be said for the Reds! Tragically finishing with just a point behind, Liverpool was devastated that they could not manage to win the league and it has been 29 long years since they have.

However, portraying good sportsmanship, Liverpool players like Virgil van Dijk congratulated Manchester City. Andy Robertson, defender, has warned Manchester City to expect another fierce fight to retain their crown after declaring that Liverpool are poised to challenge again and again.

Van Dijk also said the Champions League final on 1 June offers the perfect opportunity for Liverpool to release the frustration of missing out on the Premier League title:
“I think we are all going to be a little disappointed, because we were so close …But we have to look on the positive side and remember we are still in Madrid. Hopefully we can end the season on a high. It is fantastic to be in the Champions League final twice in a row. Hopefully we can do a little bit better this time.”
The PFA award winner also heart-breakingly claimed he would exchange the Player of the Year for the Premier League title. But it seems they'll have to try again next year, sadly.

It was a glorious and brilliant days for the Blues, on the contrary. They didn't start out well and were struggling to make an impact on the Brighton goal and when news came through that Liverpool had scored against Wolves, the tension and pressure increased immensely.

Sergio Aguero scored immediately in the 28th minute after Glenn Murray scored in the 27th and from there on, it began to become clear who the trophy belonged to. With three more fantastic goals from Laporte, Mahrez and Gundogan, the Blues sealed their fate as Premier League champions once again.

Although Liverpool defeated Wolves 2-0, courtesy of one of the Golden Boot winners Sadio Mane, the win wasn't enough and Liverpool were still 2 points behind from attaining the title.

Things seem to look hopeful for the Reds though, as they are in the Champions Leagues finals for the second time in a row. The match on June 1st between Liverpool and Tottenham will be a tough one but after Liverpools 4-0 win at Anfield in the second leg against Barcelona, it is clear that the Reds want it bad. Jurgen Klopp has assembled and improved a force to be reckoned with, with Anfield as their fortress.

Lee Sharpe, former Manchester United player, has commented on Klopp as a manager in a recent interview: "I see some resemblance between the squad that Klopp is building at Liverpool and what Sir Alex Ferguson’s sides were famous for at Manchester United. Liverpool have unbelievable pace that is built for hitting teams on the counter, as well as a very strong spine that will outpower the vast majority of teams while still maintaining control in midfield".

The Kop, although desperately desiring title success at Anfield, still remain hopeful and believe that next year will be Liverpool's year. There is speculation that the team will stick together and no major transfers will take place.