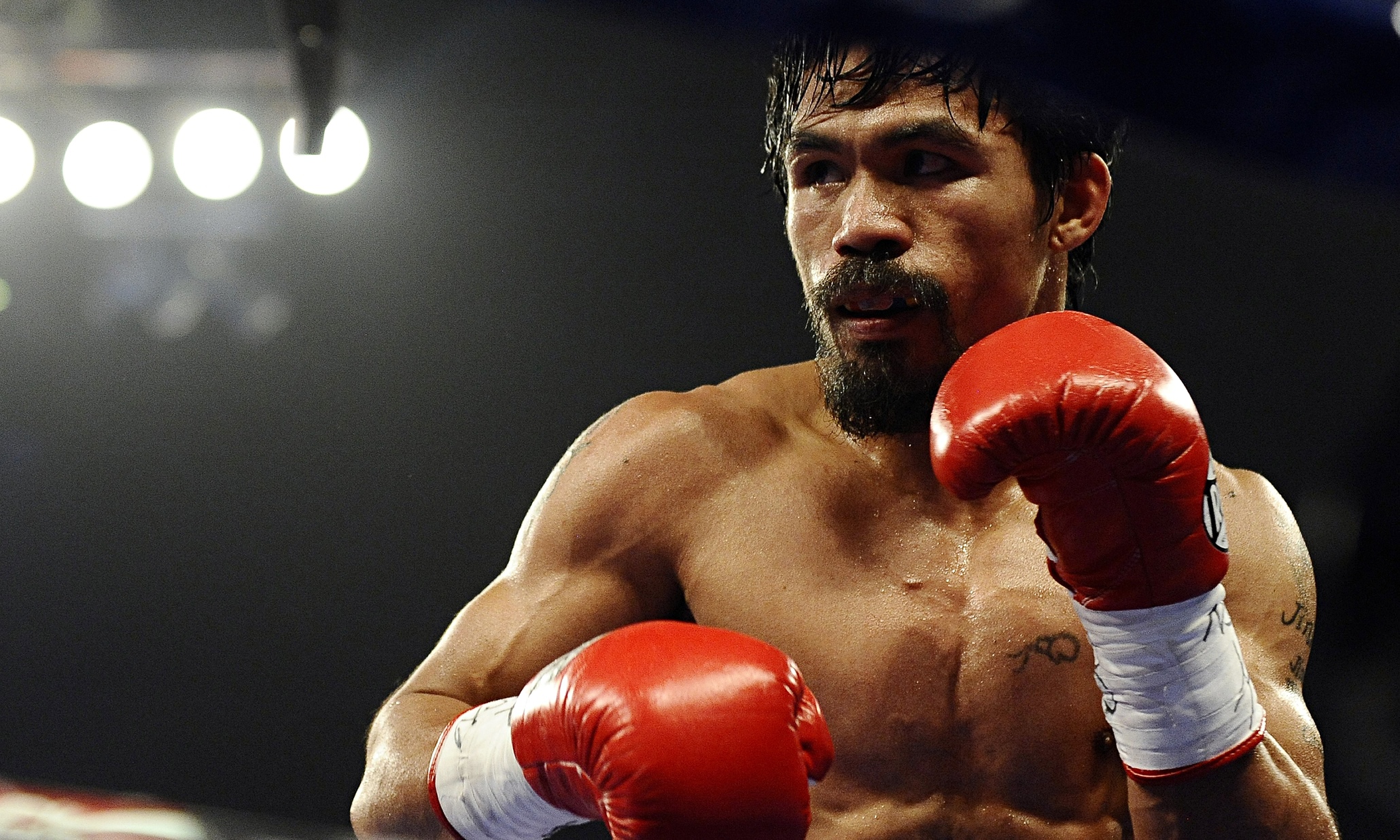 Manny Pacquiao’s next fight is a done deal.

In a press release from Pacquiao’s Information Officer Aquiles Zonio on Thursday night ( Philippine time ) , Pacquiao’s MP Promotions and Oscar De La Hoya’s Golden Boy Promotions will stage the Pacquiao vs Matthysse showdown on June 24, 2018. The bout will be for Matthysse’s WBA ‘regular’ welterweight title and it will be held in Kuala Lumpur Malaysia.

According to a Tweet from GMA News’ Mav Gonzales, that June 24 is the ideal date for a Pacman bout because the Philippine Senate ( which Pacquiao is part of ) is on break from March 24 to May 13 and from June 2 to the second week of June. The break would give Pacquiao enough time to prepare and enable him to fully focus on training without any distractions.

Pacquiao will reportedly start his training in April at his Wild Card Gym in General Santos City. He will relocate to Manila from May 1 to June 1 and then back to General Santos City from July 2 until the second week of July. Team Pacquiao will fly to Kuala Lumpur on March 22 to officially launch the fight. A media tour will follow the following day and launching in key Asian cities like Beijing, Tokyo, Macau and Hong Kong among others are also expected.

Matthysse was Pacquiao’s personal choice of his comeback opponent. Last month, Pacquiao was cornered by Philippine reporters during a break at the Philippine Senate, where Pacquiao holds office. He told Manila Bulletin that he ‘wants Matthysse’ because it’s a fight that he likes and a fight that fans would like to see.

Understandably, Pacquiao felt insulted by Arum’s offer. Not only does Pacquiao think that Alvarado isn’t worthy of sharing the ring with him, but Pacman obviously doesn’t deserve to be fighting in anybody’s undercard, not especially in the undercard of unproven draws like Crawford and Horn. Not even if Arum called it a ‘double header’.

Instead, Pacquiao said he felt the fire in him burn again after watching Matthysse knockout Thailand’s Tewa Kiram last January 27, 2018, en route to winning the vacant WBA ‘regular’ 147 pound title. Pacquiao pointed out that Matthysse’s penchant for toe to toe exchanges and his (Pacquiao ) aggressive fighting style would be a good sell on TV.

A Death Wish For Pacman

Fighting in the Crawford-Horn undercard would’ve also made Pacquiao part of another grand sinister plan by Arum. A rousing win over Alvarado ( which would’ve been likely ) was almost sure to get him and immediate fight with the winner of Crawford-Horn. While that would be a salivating fight for a money hungry promoter like Arum, it would be a death wish for a leaving legend like Manny Pacquiao.

Manny Pacquiao isn’t the most intelligent nor the most learned fighter in the sport. But he is smart enough to know that if he challenges Crawford or Horn after beating Alvarado, he would only be feeding himself to the lions and allowing himself to be a willing prey in a proverbial changing of the guard.

That’s not how Pacquiao wants to go out and it’s definitely not the way Arum should treat a fighter who has been a loyal soldier to Top Rank ever since he fought in the U.S. market. Pacquiao was Top Rank’s staple fighter for over a decade back when the Filipino punching machine made his incredible run across boxing’s smaller weight classes.

Following Pacquiao’s announcement, Arum denied that such a deal to fight Matthysse in Malaysia has been made.In an interview with Boxing Scene, Arum said that while Matthysse is being considered as Pacman’s next opponent, he isn’t the only one. Arum added that Malaysia being the venue of Pacquiao’s next fight is still ‘up in the air’.

“They’re hoping to do a deal in Malaysia,” Arum said, referring to Pacquiao and his handlers in the Philippines. “I haven’t been handling that deal. They’ve been handling that deal themselves. Hopefully the money, in the form of a deposit, turns up. Matthysse is one of the guys that Manny is thinking about fighting. There are others. For example, if Jose Ramirez wins the 140-pound title Manny might fight him for that title. That part is up in the air.”

“The Malaysia part is up in the air. I don’t know these Malaysian people. If they put up the money, it’ll happen, happily. But do I know whether the money will be put up? No, I don’t. It’s as simple as that. It’s exactly like usual. The only difference is the action has now moved from the Mideast to Asia. It used to be the Mideast. How many stories were there about [investors in] Abu Dhabi, about Dubai, about Saudi Arabia?”.

Regardless of the stories about fights in Abu Dhabi, Dubai or Saudi Arabia and whether he knows the Malaysian investors or not, it’s no longer Arum’s job to speak in behalf of Manny Pacquiao.While Pacman has long been Top Rank’s staple fighter, he isn’t under contract with Arum’s promotional company anymore. Pacquiao confirmed that himself last year when he said that the Jeff Horn fight was his last under his contract with Top Rank.

Arum himself hinted that Top Rank is no longer promoting Manny Pacquiao when he also told Boxing Scene that it’s Pacman who ‘wants to be the promoter in Malaysia’ and that Top Rank would merely be handling the ‘logistics for the fight and the worldwide television coverage.

Whether the fight is indeed taking place in Malaysia or not is only secondary. Manny Pacquiao fighting Lucas Matthysse is a way better fight than Manny Pacquiao fighting Mike Alvarado. Sure, Matthysse is 35 years old already and like Pacquiao, he is already past his prime. But like Pacquiao, he possesses a fan friendly style that fans want to see.

Make no mistake, Mike Alvarado is also a willing brawler too. We saw that in his trilogy with Bam Bam Rios. But Alvarado’s resume isn’t close to Matthysse’s and he isn’t as popular as the Argentinian fighting machine. Pacquiao didn’t want to settle for a second rate opponent and yes, he finally wants to fight someone that he wants to fight, not someone whom Arum just put in front of him.

Manny Pacquiao is in the twilight of his career and for sure, he wants to leave a lasting impression on his fans. This could easily be Pacman’s final fight although he isn’t saying it. He’d rather go out swinging against a class A banger like Matthysse in a much better fight rather than beat up Mike Alvarado in a one sided affair.