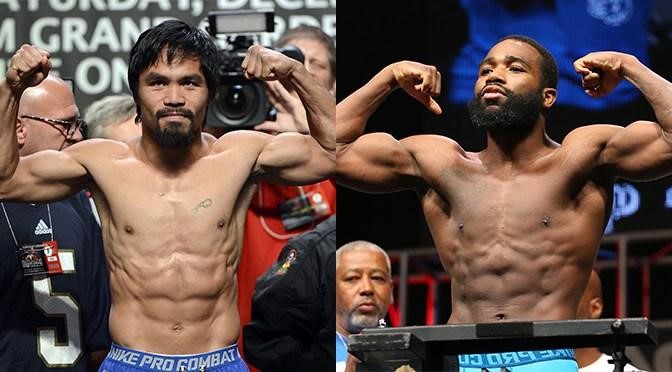 Manny Pacquiao Says Adrien Broner Is His Next Fight

Hold your horses. The Mayweather vs Pacquiao rematch isn’t happening. Well at least not yet. Floyd Mayweather Jr. has already talked about fighting a tune-up bout at the end of the year before facing Manny Pacquiao a second time. Now Pacman is saying that he is fighting in January in what could very well be his “audition” for a rematch with boxing’s undefeated Money man.

In an interview with ESPN recently, Pacquiao announced that that he will be fighting Adrien Broner either in January 12 or 19 in the United States. Pacquiao said that the deal is “90 percent” done is said to be taking place in Las Vegas, Nevada.

According to reports, the fight will not be formalized and made official until Pacquiao settles his issues with the United State IRS. It can be recalled that Pacquiao has not fought in the United States since 2016 because of a rumored eight figure tax debt pending with the IRS. 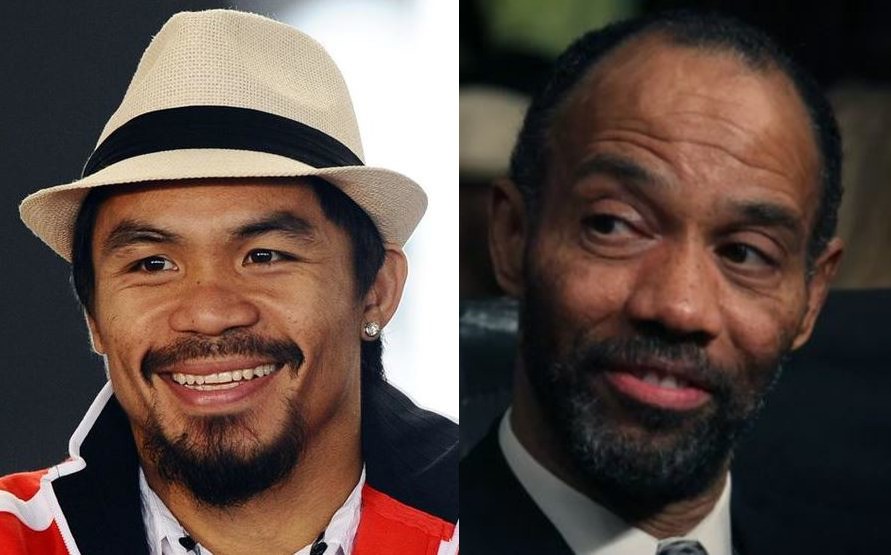 Mayweather and Pacquiao met at an event in Japan last month and the American made a surprise announcement that he would be fighting Pacquiao in a rematch. It can be recalled that Mayweather and Pacquiao fought in 2015’s Fight of the Century. Although the bout itself never lived up to its billing, it currently stands as the richest fight in the history of the sport.

May-Pac shattered every combat sports revenue record, setting an all-time high of 4.6M Pay Per View hits around the world plus earning a record $72M gate receipts. The fight also delivered a record breaking total revenue estimated at $600M. Both fighters earned a fortune in the bout with Mayweather reportedly cashing in nearly $200M for the 12 round bout.

Mayweather retired on fight after that but last year, he came out of retirement to fight MMA superstar Conor McGregor in a boxing match in Las Vegas. The bout was hailed as the biggest combat sports event in 2017 and the richest ever behind the 2015 fight between Mayweather vs Pacquiao.

Pacquiao also retired briefly but went back to win the WBO welterweight title against Jessie Vargas. After a controversial loss to Jeff Horn in Australia, Pacquiao has since captured a secondary welterweight title after knocking out Lucas Matthysse earlier this year. Pacman has stated that he is going to continue fighting and two weeks ago, he made a surprise announcement by signing with popular boxing figure Al Haymon.

Haymon is the founder of the Premier Boxing Champions, a popular boxing television series in the United States. Haymon is also the manager of top fighters like Keith Thurman, Errol Spence and Shawn Porter who are all welterweight title holders. Likewise, Haymon is considered as adviser and business associate of Mayweather.

Pacman’s signing with Haymon is seen as a sign that he is pursuing a Mayweather rematch. Before they fought in 2015, the main stumbling block to their fight was Pacquiao’s promotional alliance with Top Rank’s Bob Arum.

In fact, Mayweather had told Pacquiao in the past to ditch Arum so he can promote himself and get the big fights he wanted. At that time, Pacquiao was a loyal soldier to Arum and was under contract with Top Rank. But now that Pacman has severed his ties not only with Top Rank but with adviser Michael Koncz, the Filipino fighting lawmaker is free to do what he wants and fight who he wants.

Experts see Broner as a tune-up fight for Pacquiao. If the Filipino eight division world champion gets past the former four weight champion Broner, he is expected to fight Mayweather next. With Pacquiao being promoted by Haymon now, that rematch would be much easier to make. However, Pacquiao must gets past Broner first and that is easier said than done.

Will Broner Be A Problem?

Known as The Problem, the 29 year old Broner rose to superstardom as the protege and little brother of Floyd Mayweather Jr. Ultra talented, Broner has never really lived up to people’s expectations because of rumored attitude problems and his many brushes with the law.

In his first title defense of hsi 147 pound belt though, he ran into a brick wall named Marcos Maidana and suffered the first loss of his professional boxing career. Broner would suffer a second loss four fights later to Shawn Porter but he bounced back to win the WBA (super) super lightweight title in 2015.

In search of big fights, Broner went back to 147 pounds and won back to back fights over another Mayweather protege in Ashley Theophane and then Adrian Granados. With Broner getting his reputation back, he challenged former lightweight king champion Mikey Garcia but lost a 12 round unanimous decision. In his most recent fight, Broner figured in a majority draw against Jessie Vargas.

Broner has always been at the brink of exploding to superstardom and has always been close to achieving his “About Billions” persona. But the guy has always stumbled in the biggest fights of his career not to mention the many controversies outside the ring whic he has been involved in. While Broner is nowhere near Mayweather level, the younger and stronger fighter does present a clear and present danger to Pacquiao.

Broner’s three career losses have come against offensive fighters who hit hard in Maidana, Porter and Garcia. Pacquiao, during his prime, was the most feared offensive fighter in the game who possessed a sledgehammer of a left hand. The Pacman hasd mellowed with age and in his most recent fights, Pacquiao has been less aggressive but instead has become a much more better technical fighter who picks his spots. As for the knockout power, he showed it against Matthysse and that may be his big edge over Broner.