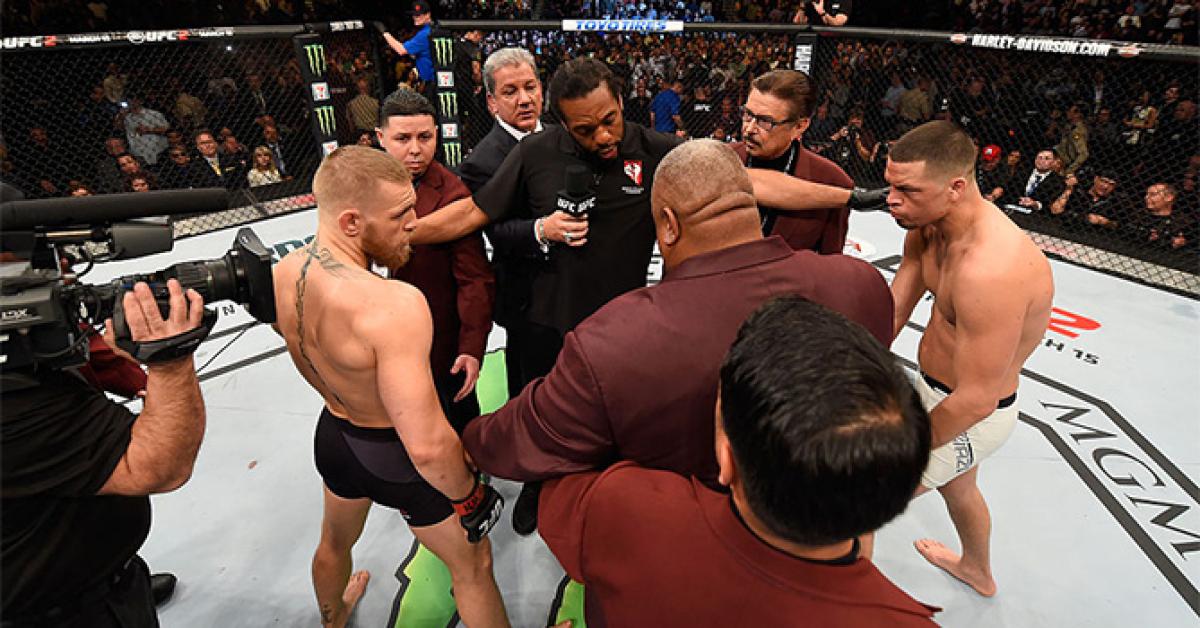 McGregor vs Diaz 3 Is A Fight That Must Happen

UFC President Dana White quickly doused the rumors of a third fight between Conor McGregor and Nate Diaz on the UFC’s final event of 2017. But while White may have spoken the truth about the fight not happening on December 30th, but he may not have told us the whole story.

A week after White’ denial, McGregor’s coach John Kavanagh suggested that the fight be held on St. Patrick’s Day 2018. Because McGregor is Irish, that does make a lot of sense any way you look at it. The UFC hasn't made any comments on that statement. But that doesn't mean they aren't thinking about booking it.

The third fight between Conor McGregor and Nate Diaz is written in the stars. It's one that must happen. And there's plenty of reasons why it should. 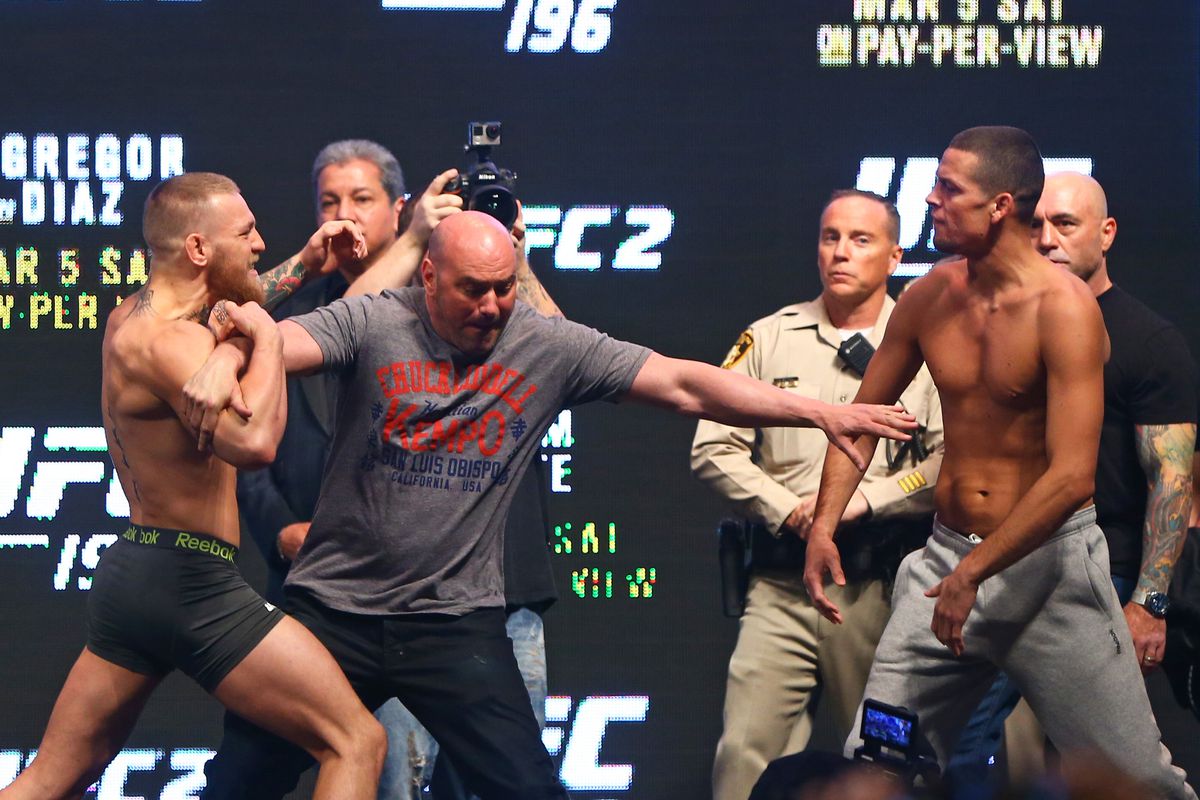 The new owners forked out $4.3B to buy the UFC. That's serious money. But considering the UFC had a big 2015 and 2016 because of Conor McGregor and Ronda Rousey, it seemed worth every penny. With Rousey virtually retired now and McGregor not having a fight in 2017, the PPV numbers have come up short.

At 1.317M buys, the first McGregor vs Diaz bout broke the long standing UFC PPV standard set by the iconic UFC 100. The second fight was even better at 1.6M PPV buys and easily overtook the record set by the first one. With the trend going up, there is no reason not to believe that the grudge match is going to top them all.

Bring Back The Cash Cow 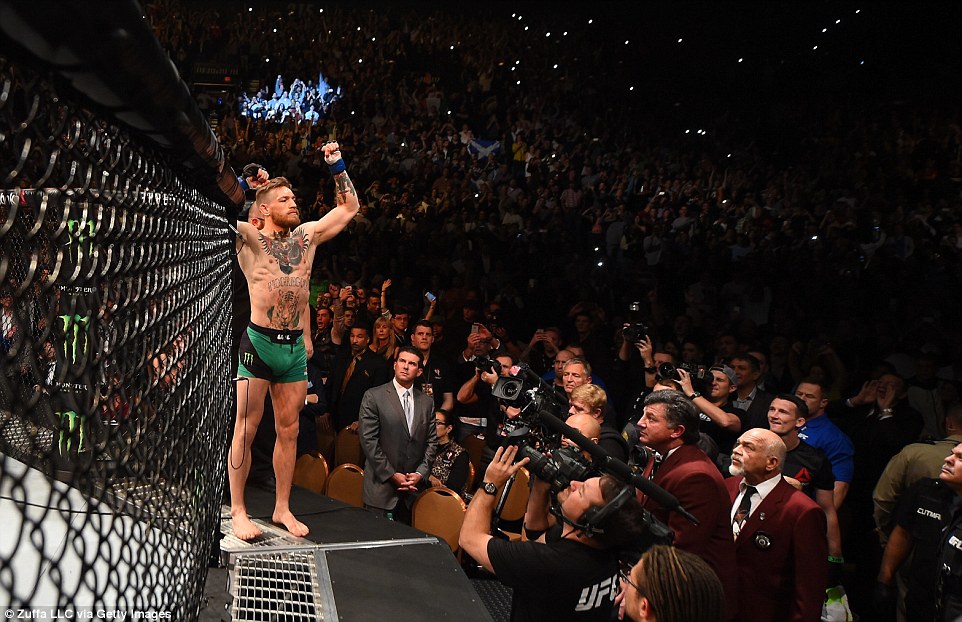 Surely, the owners want to make up for lost ground next year. There is no better way to do that than bringing back its cash cow. McGregor has been absent from the Octagon in 2017. He took personal time out because of the birth of his son. Then of course he fought Floyd Mayweather Jr. In an unprecedented boxing match .

Considering the amount of money he made in his boxing debut, McGregor may want to box again. But if the UFC convinces him to return to the Octagon n , they should give him the fight that he wants. If McGregor wants Diaz a third time, that should be the fight to make. 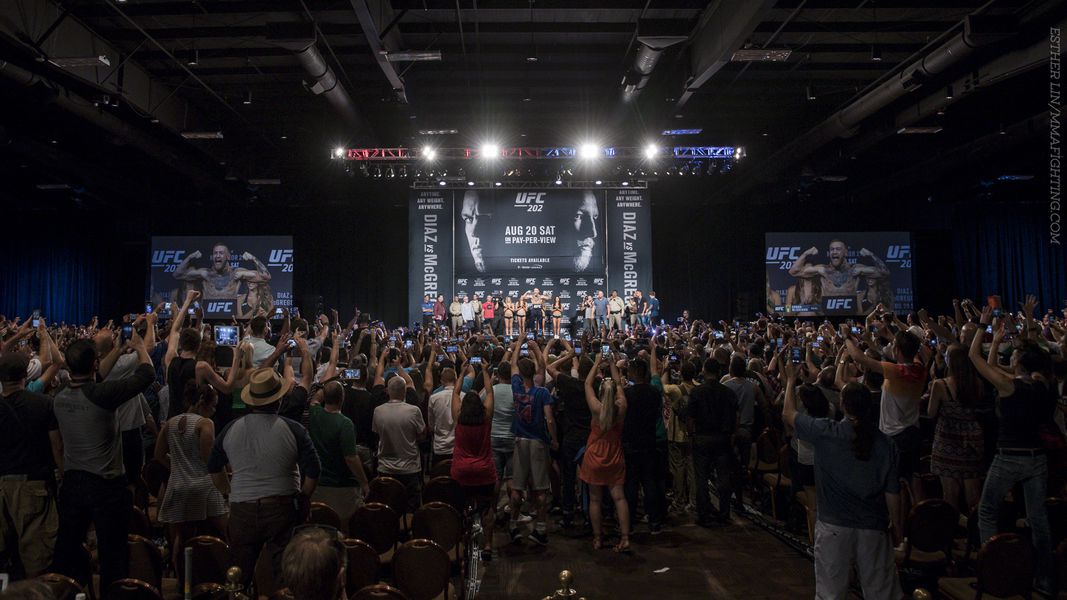 McGregor will want to fight Diaz for the obvious reasons. The Notorious One reportedly made a total of $15M in the second fight alone. Diaz meanwhile banked a stager ring $13M in the rematch, according to reports. Those payouts are massive, if you take into consideration the fact that Nate Diaz earned just $40K in disclosed pay in his most recent bout prior to fighting McGregor at UFC 196.

McGregor's UFC 202 disclosed pay of $3M broke the record of $2.5M set by Brock Lesnar at UFC 200. The Irishman reportedly increased his basic pay to $3.5M for the Eddie Alvarez bout last November. Given how much his standard increased over a short period of time, it's got to increase the more especially coming off a 'successful' boxing debut against Mayweather. 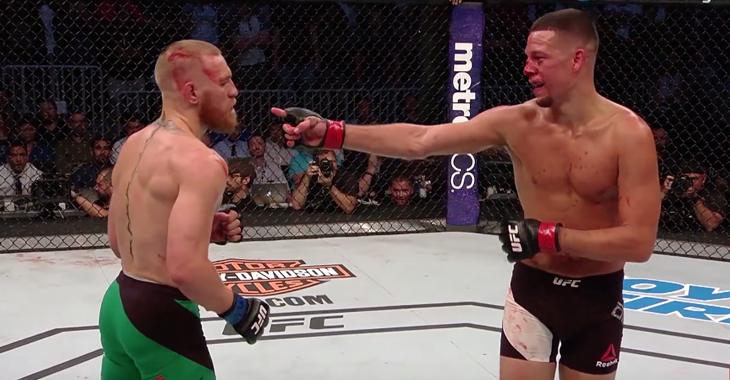 Aside from the monetary rewards, there are other reasons why the trilogy fight has to happen. It's not enough to say that Nate Diaz makes sense because he matches McGregor in many departments. Sure, we know that he can stand toe to toe with Conor for five hellacious rounds. We saw that in the second fight. But if you want to see a purely competitive fight, then watch the amateurs. This are the pros.

This is the UFC. It's not just about sport. It's also about entertainment value. And in terms of entertainment, it doesn’t get any better than this fight. You don't have to build up this fight. It has been building up by itself since they last fought. There is no better show I can think of except completing that trilogy. 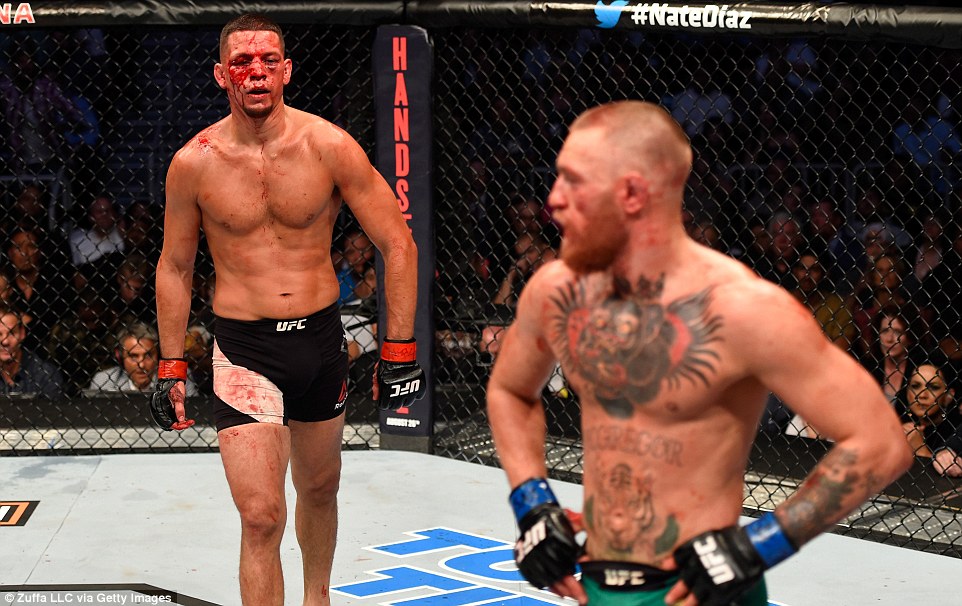 This fight also has to happen because the two have a score to settle. Nate Diaz fought Conor McGregor on short notice and went on to score a submission victory over the Irishman. The loss was McGregor's first in the UFC and it temporarily halted his magnificent run in the promotion .

McGregor got an immediate rematch and got his revenge. The Notorious zone dropped Diaz several times in the fight before securing a close and controversial split decision win at UFC 202. Instead of a third fight, McGregor chased history against Eddie Alvarez at UFC 205. Now that he's in the history books, McGregor may want closure and of course, money. 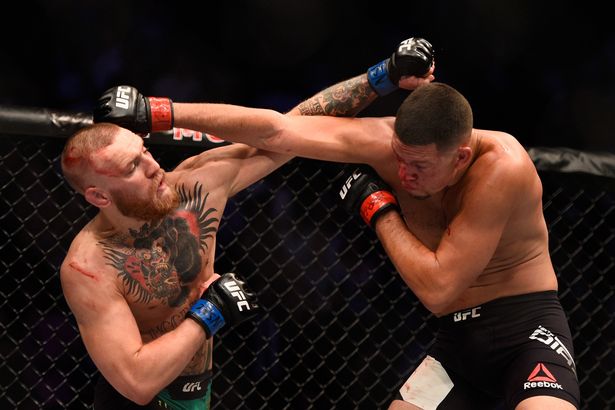 Although Conor McGregor was stopped by Floyd Mayweather Jr. during their boxing bout, it was still physically the easiest fight of Mcgregor’s career. And to think that he probably made $100M fighting Money Mayweather, he may not fight for anything less.

If McGregor listens to the rankings, he will have to face the winner between Tony Ferguson and Kevin Lee on October 7. But do you think that he'd fight either at 1/10th of what he made against Mayweather? That doesn't make sense, not in McGregor’s business plan. It’s always been Get in, get rich and get out for Conor Mac.

All roads lead to McGregor vs Diaz 3 because it's not about being the best or beating the best. If Conor wanted to prove his worth, he would've rematched Jose Aldo. He would've fought Khabib Nurmagomedov when he had the chance. Heck, he wouldn't have even entertained fighting Mayweather, not even if it meant the biggest payday of his life.

McGregor was always about the money. He is what Mayweather was to boxing. And now that he is rich, you can't force him to defend his belts against the top contenders. Yes, Conor McGregor will return to the octagon soon. But he won't be back to complete his legacy. He is going to fight the opponent that will give him the biggest payday he can squeeze from the UFC. That opponent is Nate Diaz and that fight looks perfect for St. Patrick’s Day 2018.