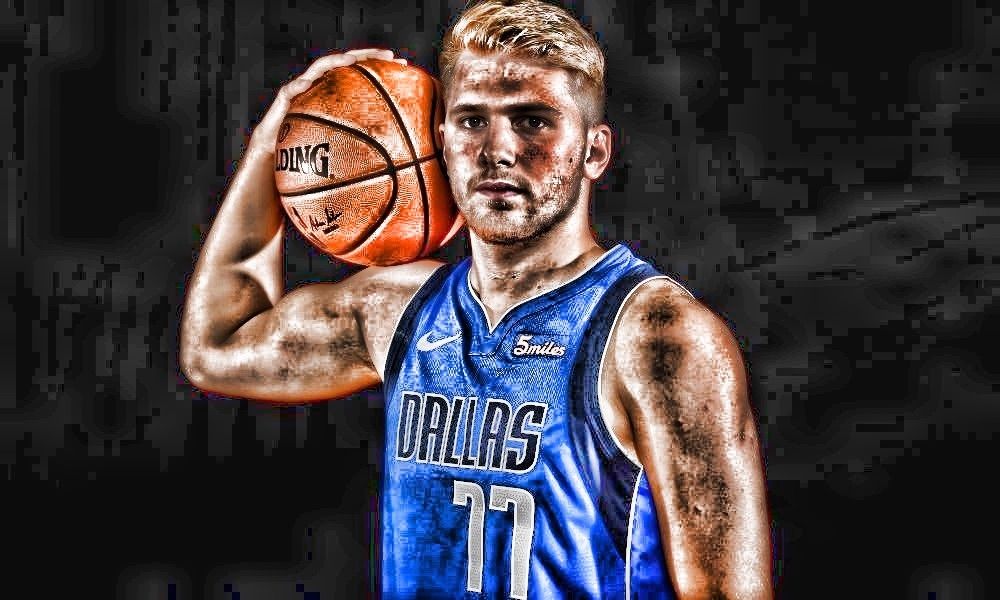 It’s still a long way before we can say that the 2018 draft class is up there with the elite batches, but a crop of the current rookie class has found their way to important roles with their respective teams. While the draft’s most intriguing prospect, Michael Porter Jr, is yet to make a full recovery from his injury, we have seen excellent and promising point guards emerge from this class.

Now that we’re halfway through the season, let’s take a closer look at the most surprising rookies of this season, and the performances of the top lottery picks of the draft.

Along with the Nets’ improbable good run to a 21-22 record and the 6thspot in the East, the team has also found the most surprising gem of the draft in Rodions Kurucs. His numbers of 9.2 points and 3.6 rebounds don’t really stand out from the pack, but his overall versatility on both ends of the floor has allowed Brooklyn to employ an excellent small-ball unit especially during the crucial stretches of the game. On offense, the Latvian 6-foot-9 big man has the superb perimeter shooting to space out the floor and also has the ball-handling to drive when his defender stays too close. He has also been steady on defense, but he might need more work to do on his rebounding. Overall, the Nets have found the glue guy of their future, and probably a borderline superstar if he continues to progress in this pace.

Don’t look now, but the Sixers may have found the shooter they have been coveting for the whole season. Shamet broke out of his shell with a 29-point performance, built on eight three-pointers during a recent win against the Washington Wizards. While J.J. Redick is still the Sixers’ household long-range shooter, the team will need Shamet’s sharp shooting if they want to make a deep playoff run in April.

If healthy, the 20-year old Robinson will be the Knicks’ franchise defensive anchor. He registered 9 blocks against the Orlando Magic and 6 against the Boston Celtics. The Knicks seem to be taking it slow with his development as head coach David Fizdale seems to be a bit reluctant on giving Robinson extended playing minutes. But when he is on the floor, he is effective and reliable down low.

Grades for the Top Draft Picks

After starting the season quite slow, Ayton has quickly adjusted to the style and pace of the NBA game. He is averaging a respectable stat line of 16.5 points, 10.6 rebounds and 2.2 assists for the Suns. Despite his already-polished offensive game, Ayton has a lot of work to do on the defensive end if he wants to be a fully-fledged All-Star big man in this league.

Many people believed that him being undersized at the power forward position would force him to be inefficient on offense and unreliable on defense. So far, Bagley has defied one of those cases as he has been creative and effective when he has the ball, averaging a 53% field-goal shooting. There’s still a lot to improve on his defense and rebounding, but Bagley has shown enough for him to justify his place in the draft.

There’s no denying that Doncic has easily stood out from this class. While the flair and charisma he shows are indeed exhilarating, his basketball IQ and overall versatility pushed him to a brilliant rookie season. His stellar averages of 19.8 points, 6.7 rebounds and 4.9 assists have made the Mavericks relevant once again. Oh, did I forget that he already has a signature move? Yeah, that Doncic slow but deliberate step-back is just smooth.

Don’t be fooled by his baby-face features and lanky physical built. JJJ is a man ready to take on the NBA’s more experienced and stronger big men as he has shown so far this season. He is an athletic, sweet-shooting big man who can easily play both the power forward and center positions. Jackson is currently posting averages of 13.4 points, 4.6 rebounds and 1.5 blocks per game. A couple more seasons and Jackson will become a surefire All-Star, especially given the fact that he has Marc Gasol as his mentor.

Young has done a wonderful job of shutting down the Stephen Curry-comparisons and has carved out an identity for himself. He has become a steady playmaker (7.3apg) for the Hawks, a facet of his game that many critics were skeptical about at the beginning of the season. His 15.5 points per game is respectable, and he could easily be graded an A if his shooting percentages (39% FG, 29% 3-PT) are not this low.

We thought that the Magic will use their 6th pick to draft a point guard, a position that they have coveted for a long time now. But they used the pick on big man tweener, Mo Bamba, ultimately to a clog on their frontcourt. Despite that, Bamba hasn’t been bad when he is on the floor but he is just averaging 16.6 minutes every game and hasn’t been that efficient on offense.

Carter has been one of the more positive features of the Bulls’ lowly season. He has become a starting center right from the very beginning of the season, and has made the most out of this golden opportunity. Carter is the perfect frontcourt partner for sophomore Lauri Markkanen. He is a good defensive anchor, and is posting 10.7 points, 6.9 rebounds and 1.4 blocks per game.

Arguably one of the most polarizing players in this list, Sexton has fought through criticisms this season. After being called out by his teammates for playing below expectations, Sexton has responded well on his way to an impressive stat line of 14.6 points, 3.0 rebounds and 2.8 assists. While his playmaking is still a bit of concern, he has brushed off concerns regarding his perimeter shooting by averaging 39% from beyond the arc.

One constant observable asset of Knox’s play is that he goes hard each and every game. Despite the Knicks’ paltry 10-31 record, the 19-year old rookie has been displaying toughness and grit on both ends of the floor. His best game of the season came during a 26-point, 15-rebound outing against the Charlotte Hornets.

Bridges hasn’t made much of an impact on the floor in his rookie season. He is just producing 7.5 points and 2.8 rebounds per game, though his defense has been above-average (1.4spg). It’s too early to say if Bridges would develop into a reliable 3-and-D wing, but he could provide enough cushion if the Suns explore the Josh Jackson trade market.

Gilgeous-Alexander’s overall feel for the game has earned him the trust of head coach Doc Rivers, who has elected to insert the rookie to the starting line-up. The 6-foot-6 point guard is impressing with all-around numbers of 10.1 points, 2.9 rebounds, 2.9 assists and 1.1 steals per game. By now, it’s safe to say that the Clippers have found their point guard of the future.

The high-leaping, 20-year old small forward has already produced quite a number of highlights for the Hornets this season. But his superb athleticism and explosive follow-up dunks aren’t his only assets. Bridges has shown flashes of excellence in defense, while injecting much-needed energy and hustle off the bench.