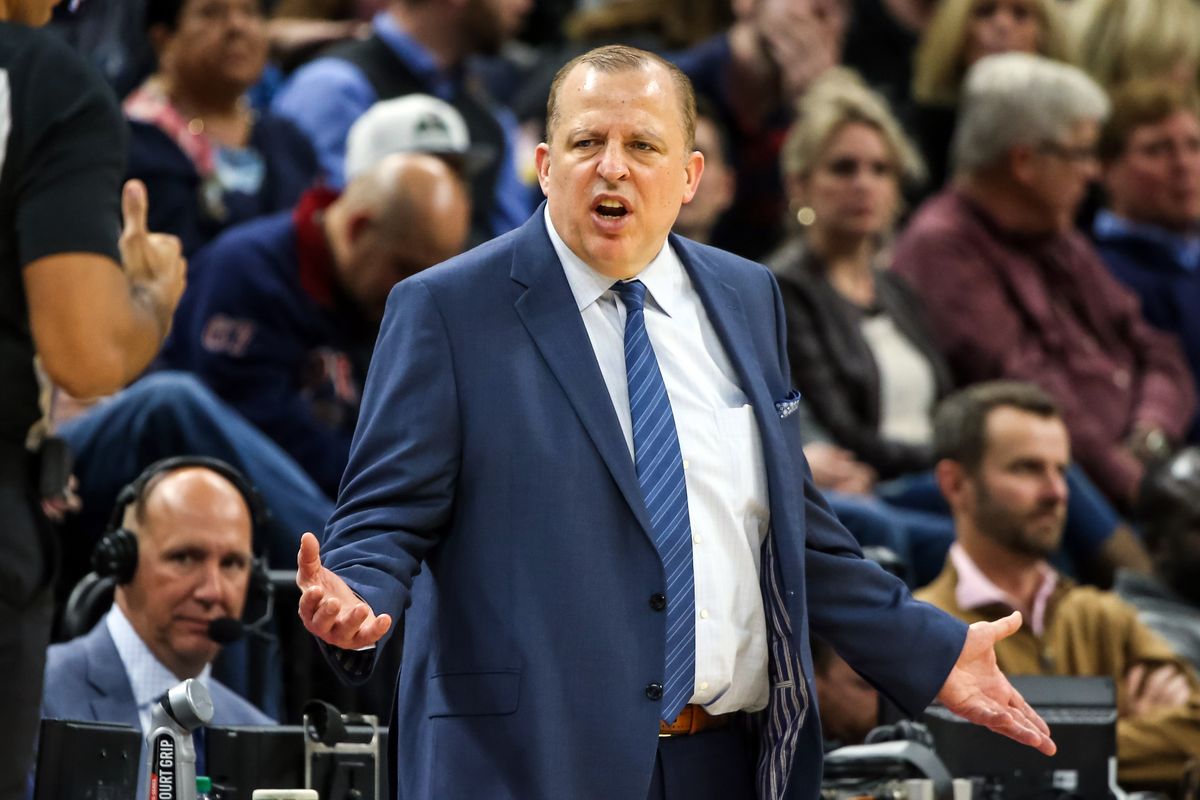 Just right after an impressive blowout win over a LeBron James-less Los Angeles Lakers, the Minnesota Timberwolves front office has announced that it has fired Tim Thibodeau, the team’s head coach and president of basketball operations. While the timing was a bit off, the Thibodeau ouster is already around the corner for some time now, given his internal conflicts with the organization.

ESPN’s Adrian Wojnarowski reported about this recent development from the Wolves camp.

“Layden and Minnesota CEO Ethan Casson walked into Thibodeau's office and fired him after the victory over the Lakers, league sources told ESPN. Thibodeau was surprised at the timing and had no idea his ouster was imminent, according to sources.

Assistant coach Ryan Saunders will take over as interim coach for the rest of the season, while Scott Layden will remain Minnesota's general manager.”

This move culminates a rough season for a Wolves team that packed a lot of talent and potential in their roster before the year started. The turmoil began when disgruntled All-Star Jimmy Butler demanded a trade from the team, ultimately criticizing his teammates’ lack of effort and urgency to win. It was a widely-documented issue that had Butler lashing out at his coaches and teammates during an offseason practice. Minnesota then tried to fix the problem by shipping Butler to the Philadelphia 76ers in exchange for young, excellent players in Dario Saric and Robert Covington.

While Saunders will serve as the interim coach of the team, it is highly-likely that he will be replaced soon. The Wolves are said to be in search for a long-term candidate for the coaching job, and Wojnarowski reports that former Chicago Bulls head coach Fred Hoiberg and ESPN analyst Chauncey Billups are considered for the vacancy.

Hoiberg had an average coaching record of 115-155 across four years in the helm of the Bulls. After finishing in the .500 mark in his first two seasons, the Bulls changed course to a youth movement, putting Hoiberg on crossroads between winning and tanking. A highly-regarded player development coach, reports of losing control of the locker room cost him his job in Chicago.

On the other hand, Billups, a former All-Star point guard and current game analyst, has been in rumoured coaching candidacies since last season. He was considered for the Detroit Pistons vacancy before the team elected to have Dwane Casey, last year’s Coach of the Year awardee.

How would the Thibodeau ouster affect the Wolves?

Despite all the turmoil and conflicts, the Wolves are surprisingly hovering around the above-average teams in the league. With a 19-21 record, they are two games behind the 8th spot in the stacked Western Conference. While the firing of Thibodeau is a bit anticipated already, many people thought that the team would forego the ouster until the end of this season.

Continuity is always hard to replace, and many NBA teams find it hard to create immediate success following an arrival of a new head coach. May it be Hoiberg or Billups, it would take some time to instill a new system in Minnesota and get quick returns with it.

Obviously, young big man Karl Anthony-Towns should be an untouchable for any trade negotiations, but don’t be surprised if the Wolves also make some deals come the February trade deadline. The lucrative contract that they gave Andrew Wiggins a couple of years ago is looking egregious right now, so we could expect a Wiggins trade if any teams should engage any interest.

Still, a playoff appearance is not far off the road for the Wolves. But even if they make it to the April games, it’s hard to imagine them making any noise against the West’s championship-contending teams. Minnesota hoops fans should close their eyes soon as a possible course-changing rebuild could put the Wolves’ current season down the drain.