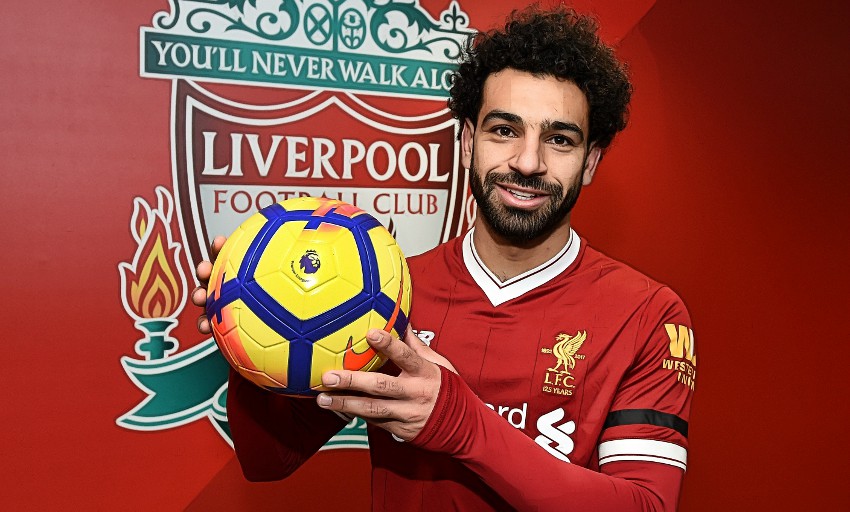 Mohamed Salah finally had the career break he’s been waiting for years. Now, it’s time for him to search for greener pastures — Barcelona or Real Madrid, perhaps?

Liverpool is locked in the third spot of the Premier League rankings as the season’s finale nears. They might have gone past Tottenham and Chelsea, but that's not how former champions should stay. They need to prove more.

For sure, their top players don’t want to stick with the team’s fate.
One of those is Mohamed Salah.

The forward had been through a great season, having contributed greatly to the club's offense and defense — a fact that Jurgen Klopp holds so dear.

However, no one wants to play for a no. 3 club. And with Liverpool's current situation, it seems like they're going to stay that way for the next season or so. If Mohamed Salah wants to be one of the greats, then he better play elsewhere.

That’s what fellow Egyptian player, Mido, thinks as he advised Salah to head to the La Liga this summer. The former striker said that the best thing Salah could do is to accept any offer from the top clubs in La Liga, specifically those coming from Real Madrid or Barcelona.

This is despite the 25-year-old winning the PFA Player of the Year, an award given to the best player in English football. In theory, Salah should show continue playing in the Premier League as a sign of gratitude for his achievement.

But that’s not how things go if you want to solidify your career legacy. You want to play at the championship level, preferably on a team that can compete at the finals. Having made a total of 41 goals throughout his career, Salah is surely worthy to be called as the Premier League’s standout performer.

Well, he could use that as an excuse to leave the league as he’s now a sought-after elite. Salah’s season at Anfield has been remarkable. The past years haven't been so kind to the Egyptian, though, as he played under Sadio Mane and Virgil Van Dijk’s shadows.

Jurgen Klopp also doesn't trust him that much as Roberto Firmino’s style of play was implemented. Nonetheless, Salah still thrived and did his best to rise in rank. Since he was appointed as the club's go to forward, the Nagrig-native easily gained momentum and showed that he’s worthy for future captainship.

Mido thinks that his fellow countryman should take advantage of the situation and use it to grab any opportunity to play for the greats — Lionel Messi in Barcelona and Cristiano Ronaldo in Real Madrid.

Mido told ON Sport that now is the perfect time for Salah to transfer as Real Madrid had been suffering from Karim Benzema and Gareth Bale’s horrible performances this season. Getting a high-caliber player like Salah would be the Blanco’s best option.

He added that Salah’s quality plays and agile pace are the traits the top La Liga clubs need. Mido then continued saying that he's been in Salah's situation, and if he was the 25-year-old, he'd do his best to play in Real Madrid alongside Cristiano Ronaldo and Philippe Coutinho.

Not only will this increase his winning chances, but it’ll also improve his skills, Mido concluded. The Blancos were reported to be on-talks with Salah’s agents for quite some time. In fact, the Real Madrid management thinks that the Egyptian would further bolster their offense and would help the Ronaldo-Coutinho duo to crush any opposition.

Meanwhile, playing for Barcelona would increase the club's already sky high chances of getting another La Liga trophy next season. Having Lionel Messi by his side would surely cover up his defensive weakness while making the team less dependent on the Argentinian.

Barca has had dependence issues lately as they have relied too much on Messi. Sports analysts think that this is the main reason why they were eliminated from the Champions League quarter-finals by Roma 3-0.

Ernesto Valverde needs a go-to guy he can count on layoffs, attacks, and dribbling — the things Salah is great at. With the rumors surrounding Barca’s need for supporting attack guy, there’s no doubt Salah is on their radar.

But will he accept such an offer? Probably, yes.

However, this is easier said than done as Liverpool would surely not allow their star player to leave. The Reds acquired Salah just last year for a cheap £37 million. He was a great catch for them, considering Salah’s prowess in through balls and finish plays. He’s also the only one who can do all those with utmost accuracy.

However, it’s a totally different story with Don Balon. The Spanish news outlet said that the Reds are willing to sell Salah to Real Madrid as long as the deal won’t go below £120 million. This is way higher than the £37 million they paid Roma.

Yes, Salah might have improved a ton, but this too-expensive-of-a-deal isn't only unjustifiable, but also ludicrous. Salah is still 25-years-old, and his defensive game is bad. He also has a hard time with his ball handling skills, and he doesn't do dive tackles.

Don Balon added that Dani Ceballos might be included in the player-plus-cash deal for Liverpool. This, however, makes more sense as the midfielder was acquired by Real Madrid from Betis for a hefty £15 million six-year deal. Add in Ceballos’ improvements over the season and expect his transfer value to not go below £20 million — a good deal for Klopp.

What his PFA Player of the Year Award means

Mohamed Salah had the time of his life when he was named the PFA Player of the Year last Sunday. It was an astonishing achievement for him as he defied the odds. Adapting to a new environment isn’t that easy, but he did it smoothly despite Klopp’s stern gameplays and Henderson’s overly-aggressive leadership in the span of just one season.

Salah held off Kevin de Bruyne, Man City’s elite midfielder, and Tottenham Hotspur’s Harry Kane. No one expected he’ll deny these two the award, knowing that he’s a newcomer to the Anfield. During the PFA awarding ceremony at Grosvenor House in Central London last Sunday, Salah said that his hard work paid off and he is very happy to win the prestigious award.

When asked what he feels being the first Egyptian to win the award, he said that he hopes he’s not the last one. He added that his achievement made him very proud, and is more than enough to motivate him to do even better.

David Silva, Leroy Sane, and David de Gea were among the remaining awardee finalists. However, Salah’s award wasn’t just a personal achievement as it also means a lot to Arab football fans. Having an Egyptian win English football’s most prestigious award would surely inspire youngsters across the Arab world to improve their skills in the sport, and one day be like Salah.

The Liverpool striker currently leads the league’s scoring charts with 31 made goals this season. He’s also expected to beat Andy Cole’s 34 strike-record in a single Premier League season soon. Once this happens, then Salah would be considered as truly one of the elites in the sport.

Former coach of Egyptian club Zamalek Nelo Vingada told Arab News that Salah’s achievement marked the golden age of Arabian football as it shows that Arab players have the chance to compete against the best in the world.

Vingada also said that Philippe Coutinho’s departure from Liverpool did the Reds more good than bad as it gave Salah extra freedom to excel in the league. Football unites the people of Egypt, he said, and this is one of the reasons why Salah’s achievement goes beyond the realm of sports.

Meanwhile, Al-Shabab CEO Pat Janssen said that Salah is a great inspirational figure for all Arabic footballers. He's also been watching Salah's performances and says that he had improved a lot since he first set foot at Anfield. It was a very fast and surprising improvement, he said.

The former Roma player is considered as the highest-profile player to come from Egypt and one of the best Arab players together with Arsenal midfielder Mohamed Elneny. Vingada also added that Egypt’s football situation is different because most players want to play in bigger leagues overseas.

Salah's case would then further the players' thirst to play in foreign leagues, specifically in the Premier League.

Salah’s improvement cannot be downplayed as he just scored his 31st goal during Liverpool’s game against West Bromwich last Saturday. It might have ended a draw, but the Reds side played strongly on Salah’s lead.

Scoring 31 goals and just 25-years-old is a great achievement that even the best players failed to achieve when they were his same age. Salah now ties Cristiano Ronaldo, Luis Suarez, and Alan Shearer for the most goals made in a 38-game season in the Premier League.

What makes it more interesting is that he won the award three times in a single season. He made 41 goals in multiple competitions this year, becoming the first Liverpool player to score 40 goals in a season since Ian Rush’s 40-goal season in 1986.

Mohamed Salah is indeed on the way up. Having achieved so many milestones this year, it’s safe to say that he’ll leave the struggling Liverpool and play for a finals-contending club such as Real Madrid and Barcelona.