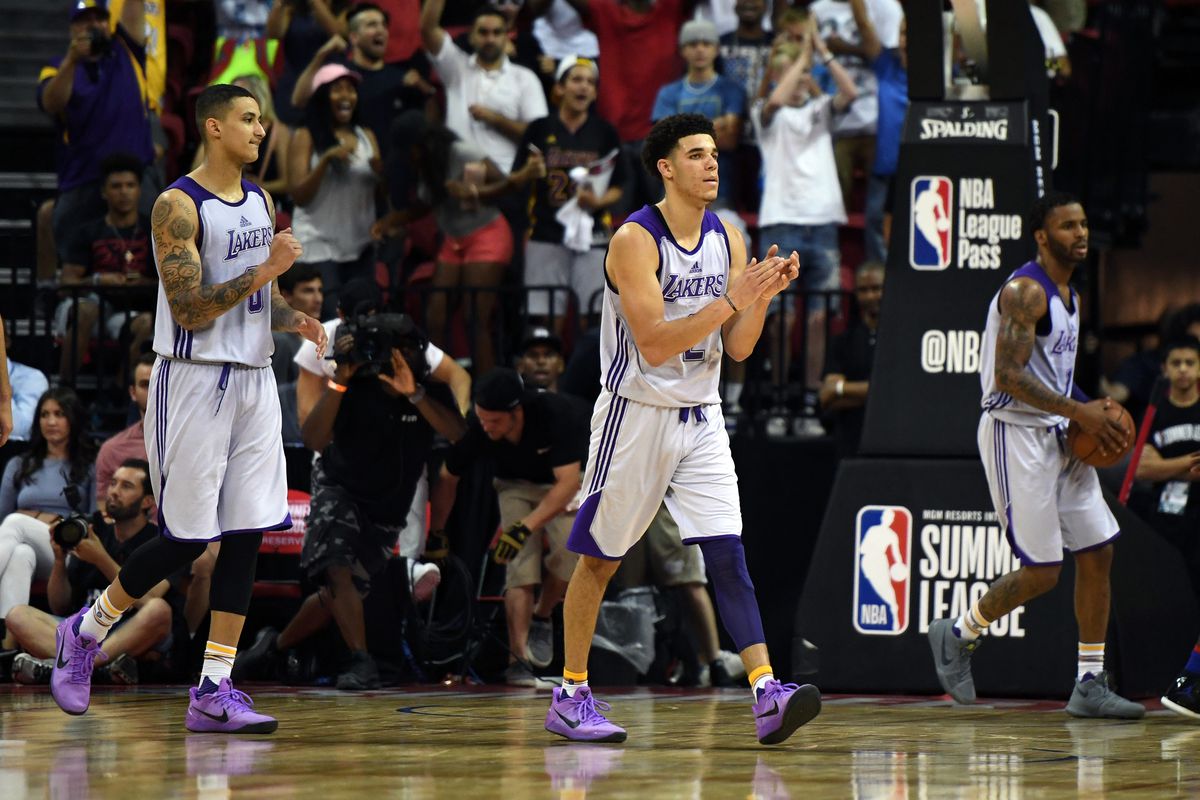 Must’ve Been the Shoes: Lonzo Ball Breaks Out In Nike

Los Angeles rookie Lonzo Ball shut down his critics with a 36 point performance against the Philadelphia 76ers in the 2017 NBA Las Vegas Summer League.

Lonzo Ball on wearing Kobes instead of his signature Big Baller Brand ZO2s: 'Mamba mentality. Just thought I'd switch it up.' 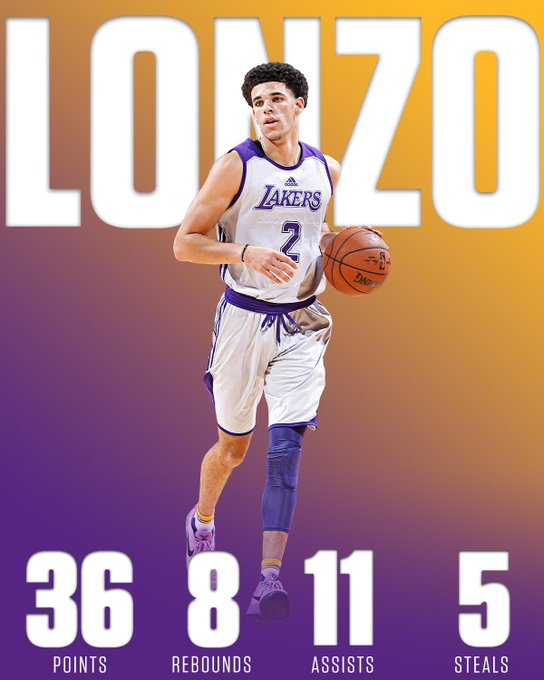 The former UCLA point guard had been under fire after a miserable 5 point, 2-15 shooting performance against the L.A. Clippers in his Summer League debut. Ball made up for some of that two days later with an impressive 11 points, 10 rebounds and 11 assists triple double performance against the Boston Celtics. While many are convinced with his impeccable passing ability, critics continued to aim at his ability to score at the higher level. It’s safe to say he’s answered those questions by now.

Ball dropped 36 points in a pulsating 103-102 win over the Sixers on July 12, including the go-ahead three point play with 21.2 seconds left in the game. He shot poorly from three land at 3-10 but was an excellent 12-22 overall from the field. Ball also grabbed 8 rebounds, dished off 11 assists, made 5 steals and blocked two shots. He presided over the Lakers rally in the second half where they overcame a 15 point deficit to win their first game in the 2017 Summer League.

Lonzo Ball broke out, yes. But that’s not it. He did so while wearing Nikes, not his signature ZO2 shoes from Big Baller Brand. This isn’t the first time that Lonzo hasn’t worn Big Baller Brand. During his pre-draft workout with the Lakers, Lonzo Ball wore Adidas’ Harden Volume 1. In fact, that was the shoe he wore while playing for UCLA. But that was before the ZO2.

Before Lonzo Ball was drafted in the NBA, Ball patriarch Lavar placed a $1B shoe and apparel deal price tag for his three sons. After all, Big Baller Brand wasn’t just the apparel he founded, it was basically about Lonzo, LaMelo and LiAngelo who have put Chino Hills on the basketball map. Nike co-founder Phil Knight responded by saying that they ‘have an interest’ in Lonzo but added that Lavar’s price was ‘too steep’. Later, Nike Exec George Raveling called Lavar ‘the worst thing to happen to basketball in the last 100 years’. Lavar responded with Big Baller Brand creating Lonzo’s own signature shoe- the ZO2 Prime.

The shoe received mixed reactions following its debut at $495. Since then, several colorways and variations have been made, including the ZO2 Sho’time which Lonzo wore in his first two Summer League games. In a shocking twist, he ditched the Z02 and wore Nikes against the Sixers.

The Sports World is Forever Changed. Introducing Lonzo's 1st Signature Shoe: The ZO2 Prime. . . . Available for preorder at BigBallerBrand.com . . . Link is in our Bio 🤘🏽 #GameChangers

Apparently, you can wear anything when you’re a big baller.

"At BBB [Big Baller Brand], you can play in what you want," Lonzo Ball said to ESPN’s SportsCenter after the game. "I already played in both of my shoes, might as well get the 'Mamba Mentality' going. Put 'em on, and it worked out tonight."

Lonzo wore the purple Kobe AD which debuted on the market last July 1. It didn’t just look good on him. He played so good in them. Seems like the Mamba mentality rubbed off on the young kid, really. Did you see him take the big shots in the fourth period? The go-ahead three point play at the end? That was vintage Kobe Bryant. Statistically, the last Laker to score 30 points and dish off 10 assists was Kobe Bryant. This was just a Summer League game for Lonzo. But the mamba mentality is definitely there.

Cavaliers’ superstar LeBron James was on courtside to witness Lonzo’s first big game. Following the contest, James posted a photo of Lonzo’s wearing Nike on Instagram and captioned it: ‘Just.Do.It’. Incidentally, James is believed to be Nike’s first $1B guy. King James recently signed a lifetime deal with the shoe company and its reportedly worth that much.

Just recently, former WNBA MVP Elena Delle Donne took a shot at Lonzo’s ZO2 and suggested that the Lakers’ rookie should’ve just signed with Nike. With Nike’s main endorser in LeBron James showing approval for Ball’s Kobe AD kicks, is he making the pitch for Nike? We all heard Lonzo say King James is one player he admired growing up. Will he be soon joining the King’s court in Nike?

Lonzo Ball wearing Nike doesn’t mean that the Lakers’ guard is negotiating ( or already has a deal ) with the world’s largest shoe and sports apparel manufacturer. It simply means that he has the freedom to wear what he desires. He can change his shoes as he changes his moods. It’s all part of being in the Big Baller Brand.

"Lonzo is not forced to wear any brand and can play in any shoe he wants as long as it's OK with the NBA," LaVar Ball revealed to ESPN via text message. "This is what being independent is all about."

It’s interesting how Lavar seems to have softened on his stance against Nike and the rest of the shoe giants. When he made the ZO2, he told Nike ( and essentially everybody else ) that BBB was going to be their competition. Nobody believed him then. Curiously, with Lonzo starting to make waves, fans are starting to believe the Big Baller Brand. But with this latest twist, is Lavar now eating his words? Or is this all part of a master plan by the Big Baller Brand?