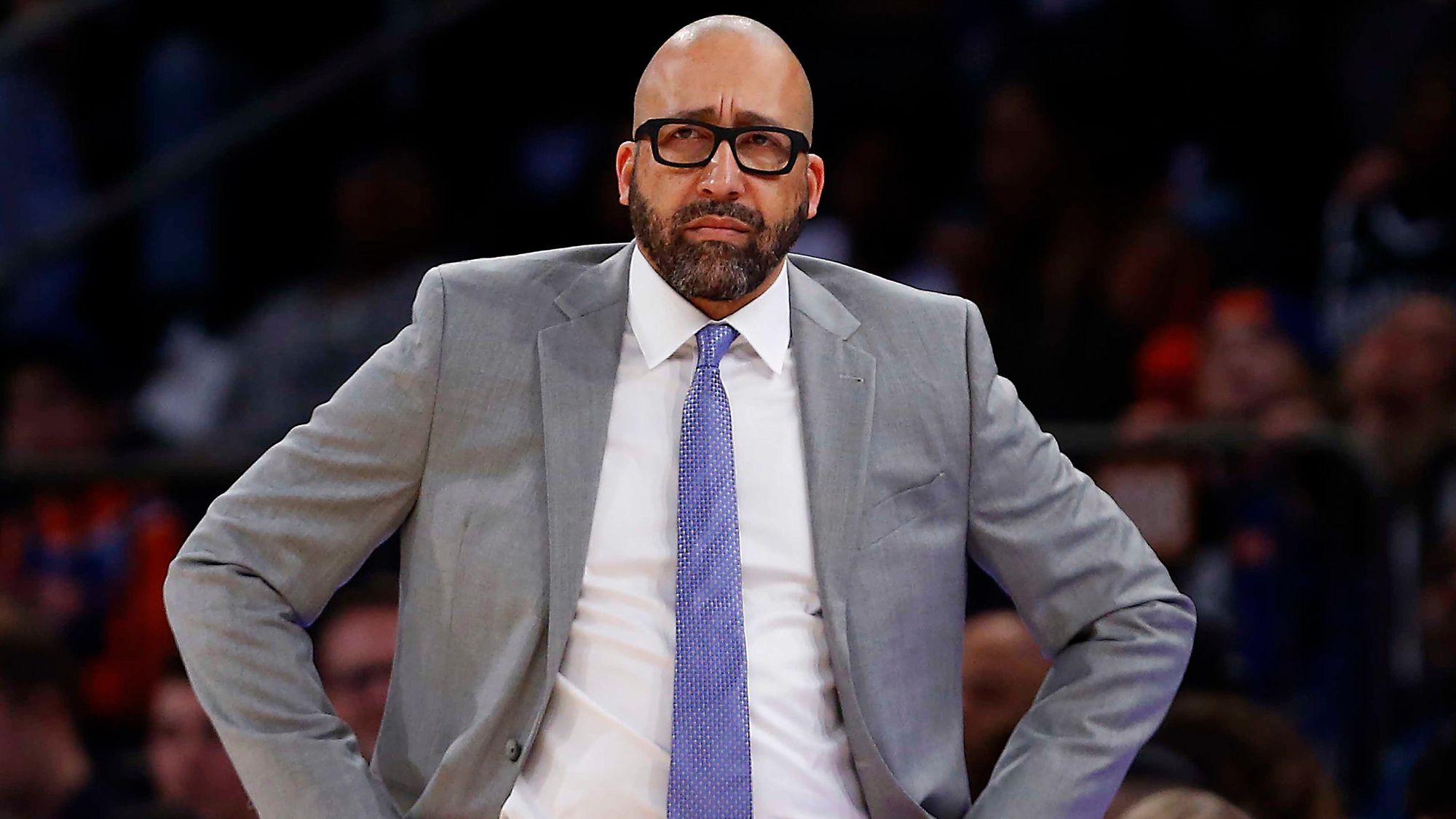 Last Saturday, the inevitable happened when the New York Knicks decided to fire head coach David Fizdale and promoted their G League affiliate team coach Mike Miller to an interim position. Fizdale was hired by the Knicks in the summer of 2018, but he was not able to produce winning results. The Knicks dipped to a franchise-low regular season record of 17-65 in his first year, and the team is currently sitting on a lowly 4-18 win-loss card this season. If you just look at these numbers, moving on from Fizdale is understandable.

However, Fizdale never had the right pieces to work with and the Knicks management is considered as one of the worst in the league right now, if not the worst. A long-time assistant coach for the Miami Heat, Fizdale was looked upon as the next big thing in the coaching circle. Heat head coach Erik Spoelstra, who won two NBA championships with Fizdale on his side, expressed his remorse on the fact that Fizdale was never given enough time to instill the right culture in New York, as per the Miami Herald.

"It's disappointing. I'm bummed about it. Fiz obviously is someone very dear to me. I just think he's an extremely talented coach... They had a very good coaching staff up there. Things just take time in this league. It's really unfortunate they they weren't given the time to really do some work. There's a lot of rolling up your sleeves that has to be done there and you have to build a foundation and build a culture and standards and that's tough to do when you don't have time."

Gregg Popovich, the long-tenured master tactician of the San Antonio Spurs, also didn’t hold back in giving out his criticisms on how the Knicks front office handled Fizdale’s case. Coach Pop even said that Fizdale was “thrown under the bus,” as per the NBA.com.

“I don't know where the decision was made to fire coach Fizdale, but if it came from  the top, it's a case of mistaken identity. He's a fine, talented young coach with a great pedigree, and it's ridiculous to think you're gonna bring a young guy in and after being there a minute and a half, you expect him to fix everything that's been wrong there for a long time.

That's pretty unfair. So, it's the old analogy: he got thrown under the bus. He'll come out of it because he's a great coach."

Fizdale’s ouster came at the heels of the Knicks’ embarrassing eight-game losing streak. It was not just that the losses kept on piling up, but they bowed down to their opponents in massive double-digit deficits. During that eight-game skid, they lost by 28 points to the Toronto Raptors, 44 points to the Milwaukee Bucks and 37 points to the Denver Nuggets.

Steve Kerr, the champion coach of the Golden State Warriors, was actually glad that he didn’t accept the Knicks’ offer for the top coaching spot during the 2014-15 season. Instead, he chose the Warriors and won three championships with them. Kerr says that Fizdale never had the roster depth and talent with the Knicks for them to win, per Anthony Slater of The Athletic.

“I’m a big fan of David’s. I’ve gotten to know him pretty well over the years. He’s a hell  of a coach. As we know in this business, it’s extremely fragile, and your job is dependent on a lot of things when you’re a coach in this league. Number one, probably the talent you’re able to coach. But just as importantly is the strength of the organization and the group around you. It takes a really strong organization to help coaches and help players get through difficult times. I’m very blessed to have that around me, and not every coach does. It’s a tough league.”

By trading away Kristaps Porzingis midway through last season, the Knicks were left with no superstars on their roster. The Porzingis trade allowed them to clear up cap space and pursue top-tier free agents in the stacked class of 2019. But, superstars kept on turning a cold shoulder on the Knicks, with some players hinting that the team’s ownership was the reason why they were hesitant in joining the squad. The Knicks then tried to cover up for this failure by signing multiple veteran role players, a Plan B that didn’t succeed as well.

Dallas Mavericks head coach Rick Carlisle also contributed in the slamming of the Knicks front office, as per Brad Townsend of the Dallas Morning News. The 2011 champion coach emphasized how happy he is that Fizdale has gone out of the “terrible mess”, obviously pointing to the Knicks management.

It remains to be seen if the Knicks are headed to the right direction with this decision. But with the commendations of these champion coaches, it’s almost a sure thing that Fizdale’s coaching future is bright and secured.

After reports surfaced on social media about an apparent rift between first-year head coach John Beilein and the Cleveland Cavaliers players, both camps have recently shut down the rumors. As per a column from the ESPN, Beilein said that he already addressed his players about the rumors and concluded that his players actually love what he’s doing with the team.

"We've met ... and it's like, 'Coach, keep doing what you're doing because we really need this. We need accountability. We need to play harder, stronger, tougher. Don't stop what you're doing. We were the worst defensive team in the NBA last year. What do we do, practice less?

I have a lot of confidence the guys in the locker room are on board, and they've told me that."

Coming off a disappointing 19-63 record last season, the focus of the organization was to build a new culture in their post-LeBron James era and develop their young assets. The signing of a long-time collegiate coach in Beilein confirmed those plans of pushing for the growth of the Cavaliers’ young talented players.

However, Joe Vardon and Shams Charania of The Athletic both reported that the players don’t like how Beilein treats the team like a college squad.

“In the midst of losses in four consecutive games and 10 of their past 11, Cavaliers players are bristling at new coach John Beilein because he’s treating this season like they, and he, are still in college, numerous sources told The Athletic.

It’s already gotten to the point where players are looking past Beilein to his lead assistant, J.B. Bickerstaff, for guidance, those sources said.”

The Cavaliers have now lost six straight games, and 12 of the past 13 contests. There’s no doubt that they are spiralling downward in terms of team success. Tristan Thompson, who is having the most productive season of his nine-year career, reiterates that he doesn’t understand where those rumors came from. The 28-year old big man says that Beilein is great in understanding his players.

"I love Coach Beilein. He's great for development, and he understands that players have so much in them, and he wants to get the best out of you. ... I'm thinking the guy is pretty good. I'm probably the smartest guy in this locker room, so if I think I know what the guy is doing, then we shouldn't hear nothing else, to be honest."

Another Cavs veteran in Larry Nance Jr expressed his dismay on the heated speculations. Nance even emphasized that he is enjoying learning from a champion college coach like Beilein.

"Ideally you want to keep that in-house if there was those issues. Guess that's today's   NBA. ... I've never had an issue with a coach in my career, him being no different. I wanted to play for him at Michigan. I'm enjoying it."

Either way, it would be improbable for the Cavaliers to oust Beilein right away. General manager Koby Altman and the Cavs front office should wait for this year to finish, assess their gains, and then decide if Beilein is the right coach for this young, talented squad.