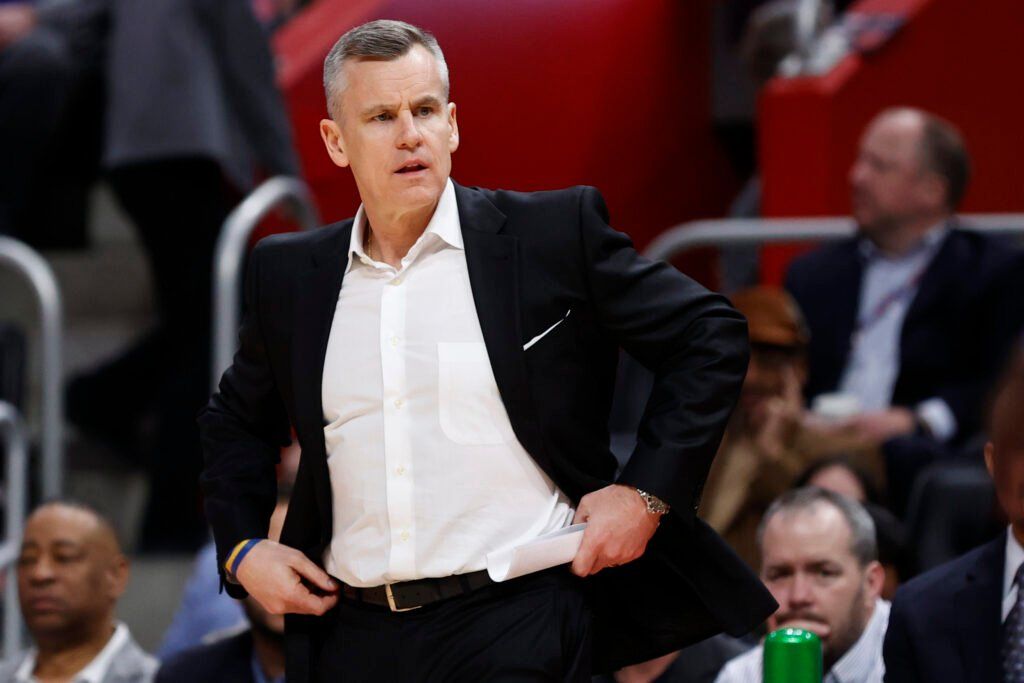 The Chicago Bulls will have themselves a brand new head coach starting next season. ESPN’s Adrian Wojnarowski reported that the Bulls have officially brought in Billy Donovan, who steered the Oklahoma City Thunder to winning records in the five years that he coached that team.

This comes after the team fired Jim Boylen, who was rumoured to be losing his voice in the locker room. Despite the talent that is overflowing from their roster, the Bulls only came up with a disappointing record of 22 wins against 43 defeats this season.

But this recent hiring of Donovan should change the tides to Chicago’s favor. Donovan was a champion coach in the collegiate ranks, a great indicator of how well he can make the most out of young, talented players.

Arturas Karnisovas, the Bulls’ new executive vice president of basketball operations, expressed his excitement in working with Donovan. Karnisovas emphasized on the 55-year old head coach’s sustained success in every team that he has coached for, as per a column written by Wojnarowski.

"We are very pleased to welcome Billy and his family to the Chicago Bulls," Karnisovas said. "The success that he has sustained over the course of his coaching career puts him on a different level. We feel his ability to help his players reach their potential, both individually and collectively, will mesh well with our roster. Whether as a player or as a coach, he has won everywhere his career has taken him, and we hope that will continue here in Chicago."

As the Bulls move forward, they will be banking on the continuous growth of their young budding talents. Zach LaVine is proving to everyone that he is much more than a high-flyer, norming career-highs of 25.5 points and 4.8 rebounds, along with his 4.2 assists and 1.5 steals per contest.

Lauri Markkanen, the team’s sweet-shooting big man, is also a player to watch next season. Although his production dipped during the 2019-20 campaign, he is still a mobile 7-footer who also has an excellent marksmanship range. Coby White is a length, scoring point guard who has the potential to become an elite two-way star in the league.

Moreover, it is Donovan’s tested and proven coaching style that could catapult this young Chicago squad to greater heights. During an appearance on 670 The Score, famous coach Rick Pitino chimed in his thoughts on how brilliant of a basketball tactician Donovan is. (h/t NBC Sports Chicago)

“Billy is a unique coach, because he is a little bit of everything. He is an outstanding teacher, he’s a great communicator. Terrific motivator,” Pitino said on the show. “He demands excellence, but does it in a way — let’s say the opposite of a Bruce Arians, and I’m not knocking Bruce when I say this, he came out and said Tom Brady didn’t  do this and the receiver doing that. You’re never going to find Billy do that. Billy will never air out any player’s weaknesses with the media. He would find that extremely destructive to the fiber of a basketball team.

So, although he demands excellence, everything he’d do would be behind closed doors. It’ll always be about team. And he’s probably, of all the players I’ve coached, of all the players that have worked with me, Billy Donovan and Frank Vogel are the two most selfless individuals I’ve been around. It’s never, and I mean never, not 1 percent about them. It’s always about the players and the team. So I think he’s the perfect fit for the  modern NBA basketball player.”

Having said that, it’s interesting to see what kind of system Donovan will use to get the most out of his new players. Donovan is coming off a spectacular coaching performance this season, in which he led the Thunder to a surprisingly great run in the playoffs. With Chris Paul and Dennis Schroder at his disposal, Donovan ran a lot of pick-and-roll plays with Oklahoma City.

The problem right now is that the Bulls don’t have really good players to run the pick-and-roll. LaVine has improved in that facet of his game, and his continuous development as a ball-handler and playmaker will be instrumental in Chicago’s success in the future.

With Donovan now crossed out of the list, the Philadelphia 76ers may be zeroing in on Mike D’Antoni and Ty Lue. After another disappointing early exit in the playoffs, Philly’s front office fired long-tenured head coach Brett Brown.

As for D’Antoni, he formally announced that he will not be re-signing with the Houston Rockets. His micro-ball experiment with the Rockets obviously didn’t work in the playoffs, especially against a Los Angeles Lakers squad led by LeBron James, Anthony Davis and whole lot of versatile, positionless players.

Now that he is set to interview for the Sixers job, can D’Antoni adjust from the small-ball into a more traditional offense? The Sixers are adamant that they will be keeping Ben Simmons and Joel Embiid for the long run, two stars who are more adept in thriving inside the paint.

If D’Antoni is indeed bent on pursuing a role with Philadelphia, he needs to adapt in vastly different situation. In a recent appearance on The Woj Pod podcast hosted by Adrian Wojnarowksi, fellow ESPN analyst Bobby Marks reiterated that he has concerns on how D’Antoni’s pace-and-space offense can complement Simmons and Embiid. (h/t Ky Carlin/Sixers Wire)

“The fit is interesting, because you’re going from one extreme to the other. You’re going from Houston where you had Robert Covington as your center and P.J. Tucker as your 4 in a small-ball lineup to the traditional 90’s basketball with Embiid and Horford and Tobias Harris certainly with Ben Simmons there. I don’t know how that  fits there. Some of those pieces are not going to be essily moved out. It’s not like you can move Al Horford or Tobias Harris and get a 6-foot-8 wing. That’s not happening, but from a credibility standpoint, he has been there. There is a familiarity with that ownership group, with some of those pieces on that team, from an experience standpoint, that works. As we’ve said, this roster when you look at the Eastern Conference with Milwaukee, Toronto Boston, Philly, Brookyln, we can probably say Philly is 6th in pecking order potentially there. It’s almost like Mike is going to have to change to fit what he would be inheriting there.”

If the Sixers hire D’Antoni as their next head coach, it’s highly expected that the team will be bringing in more versatile 3-and-D players to the fold. Al Horford, who Philly signed to a massive contract last summer, could be the most likely to be traded away. The Sixers need someone like Rockets swingman Robert Covington, who can guard almost every position on defense and space out the floor on offense.