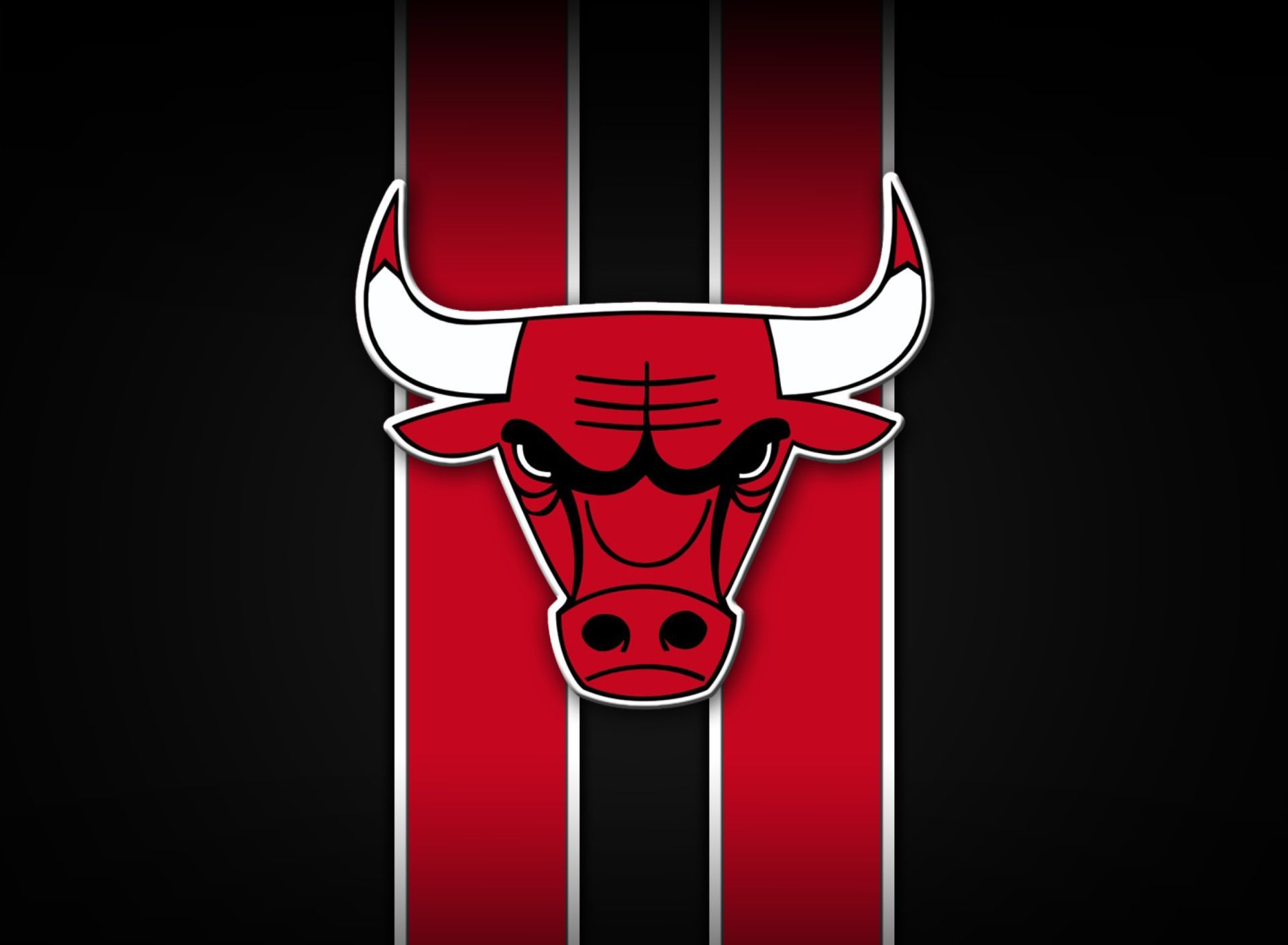 The new-look coaching staff of the Chicago Bulls is now officially complete after they announced the hiring of several assistant coaches and player development coaches. Chicago's coaching shakeup started when they fired Jim Boylen after a dismal season, which includes run-ins with several players. Chicago then hired Billy Donovan just a few days after he parted ways with the Oklahoma City Thunder.

The Bulls announced in a statementthat Donovan will have Maurice Cheeks, Josh Longstaff, John Bryant, Damian Cotter, and Billy Schmidt in his staff next season. Rob Schaefer of NBC Sports also reported that Chis Fleming, whose named was not mentioned in the press release, was retained as an assistant coach. Fleming was the lead assistant of Boylen during the 2019-20 NBA season.

Cheeks' hiring did not come as a surprise, as he was also the lead assistant coach of Donovan during his five-year stint with the Thunder. The Hall of Famer is no stranger to Windy City, as he is a Chicago native, which is one of the reasons why his arrival was welcomed by most fans. Before becoming an assistant coach in Oklahoma City, Cheeks had head-coaching stints with the Portland Trail Blazers, Philadelphia 76ers, and Detroit Pistons.

The announcement of Cheeks' hiring was just some sort of a formality, as it already made headlines more than a week ago. Darnell Mayberry of The Athletic lauded the decision of the front office to hire him, as it would help Donovan easily adjust to Chicago. Mayberry also believes that Cheeks would do wonders to the career of incoming second-year guard Coby White, who had a great rookie year last season.

"The DuSable High School alum brings instant credibility with a résumé few can match," Mayberry said of Cheeks. "Cheeks has played with and coached some of the game’s all-time greats. In Oklahoma, he was lauded for becoming the Russell Westbrook whisperer, seemingly the only coach who could connect with the mercurial star point guard. He’s bound to have a positive impact on Coby White while being a continued trusted source for Donovan."

On the other hand, Longstaff arrived in Chicago after his two-year stint as an assistant coach of Milwaukee Bucks head coach Mike Budenholzer. Longstaff will bring his 11 years of coaching experience in the NBA. He was also the head coach of Erie Bayhawks of the NBA G-League during the 2017-18 NBA season.

Bryant is coming off a four-season stint with the Philadelphia 76ers, which explains his connection with the Bulls. Before joining the Bulls, general manager Marc Eversley was the senior vice president of player personnel of the 76ers. Meanwhile, Schmidt and Cotter recently worked as the Windy City Bulls head coach and OKC Thunder director of quality control.

"I was surprised to find that there was one player development coach on the staff as I was doing my research for this job," Eversley said. "That’s a helluva job for one person to take on. It's gonna be one of my tenets to try and figure out our player development system. You know, there's a lot of key areas within it. Skill development, physical development, mental enhancement. But with that, you need to hire people to help support that."

Chicago will be an interesting team to watch after the changes they made up front, including the hiring of vice president of basketball operations Arturas Karnisovas, who was behind the selection of Eversley and Donovan as GM and head coach, respectively. The new-look front office and coaching staff will be making their first big roster decision on Wednesday, as they own the fourth pick in the 2020 NBA Draft.

The Oklahoma City Thunder have found their man to replace Billy Donovan, and it was not a pick that many was expecting. The Thunder announced that they have promoted assistant coach Mark Daigneault as their new head coach following a long but quiet coaching search. The new Thunder coach is familiar with how the organization is running, as he has been involved in the franchise since 2014.

Daigneault was the head coach of the Oklahoma City Blue of the NBA G League, where he led the team to four playoff appearances that was highlighted by three-straight division titles. Following his impressive work with the Blue, he was elevated as an assistant of Donovan before the 2019-20 NBA season. And just after a year of experience on the bench of the Thunder, he will now be leading the team and he is thrilled with the opportunity.

"Over my six years in Oklahoma City I’ve developed a deep commitment to the organization and a care for what is truly a special community that I call home," Daigneault said in a statement. "From my first day here, my values have always been aligned with those of the organization, and I’m looking forward to helping them continue to be lived out on and off the court."

Thunder executive vice president and general manager Sam Presti also had nothing but praises for their new coach. While the 35-year-old has no prior head-coaching experience in the NBA, Presti is confident that the amount of work Daigneault spent with their G-League affiliate made him ready for the big jump. He believes that Daigneault's youth and leadership would do wonders to their young core.

"He has been a selfless and effective leader within our organization since his arrival in 2014," Presti said of Daigneault. "Mark is a values based leader, continuous learner, and someone that will help us continue the repositioning of our organization on and off the court. The amount of head coaching experience and diverse experiences through his tenure with the Blue is rare for someone his age."

Daigneault is expected to have a challenging year in Oklahoma City, as it is still unclear how the roster will look like next season. The Thunder were the fifth seed in the Western Conference last season, which came as a huge surprise to many after no one even expected them to make the postseason. OKC almost made it into the second round of the playoffs, but they fell short in Game 7 of their series against the Houston Rockets.

However, the Thunder might eventually lose veteran forward Danilo Gallinari, who will be an unrestricted free agent this offseason. The sweet-shooting forward is unlikely to return because he has expressed his desire to play for a contender, and the Thunder are likely to go into a rebuild. Several teams, including the Los Angeles Lakers and the Miami Heat, are being linked to the Italian forward.

Veteran point guard Chris Paul might be on the move as well this offseason. Paul was the main reason why the Thunder exceeded expectations, as he was credited for making their young players like Shai Gilgeous-Alexander, Lu Dort, and Darius Bazley develop quicker than expected. Paul has been mentioned in numerous trade chatters, with the recent one linking him to a possible move to the Phoenix Suns.

Daigneault knows that the pressure is high because all eyes will be on him. However, the young head coach said that he feels confident about his new position because Presti and their front office appears focused on organizational growth instead of giving a win target next season. He said that having a front office that would support a young coach like him makes him believe that he can handle tough situations.

"I would say that the reason I feel confident -- everyone’s talking about the quick turnaround time -- I just interviewed with Sam and his group for a long period of  time and not once did they talk about the quick turnaround time, the whole conversation was centered around the vision for the organization," Daigneault said via USA Today. "When you’re in a place where that’s the dialogue, it gives you a lot of confidence."

Meanwhile, in other coaching news, Tim MacMahon of ESPN reported that the Tim Duncan will not return as assistant coach of the San Antonio Spurs next season. It did not come as a surprise to many, though, as Spurs coach Gregg Popovich anticipated last year that Duncan will not spend a lot of time as a coach.

Duncan had a chance to become a head coach for one game, which he successfully won, although the win was credited to Popovich. There were expectations that Duncan would someday become the head coach of the Spurs, but his decision to not join the NBA bubble led to speculations that he will no longer return as an assistant next season.

With Duncan out of the bench, the Spurs named Mitch Johnson as the replacement of the Hall of Fame forward. Johnson was also an assistant coach of the Austin Spurs of the NBA G League, where he won a title back in 2018. Player development coach Darius Songaila was also reportedly promoted as an assistant coach.