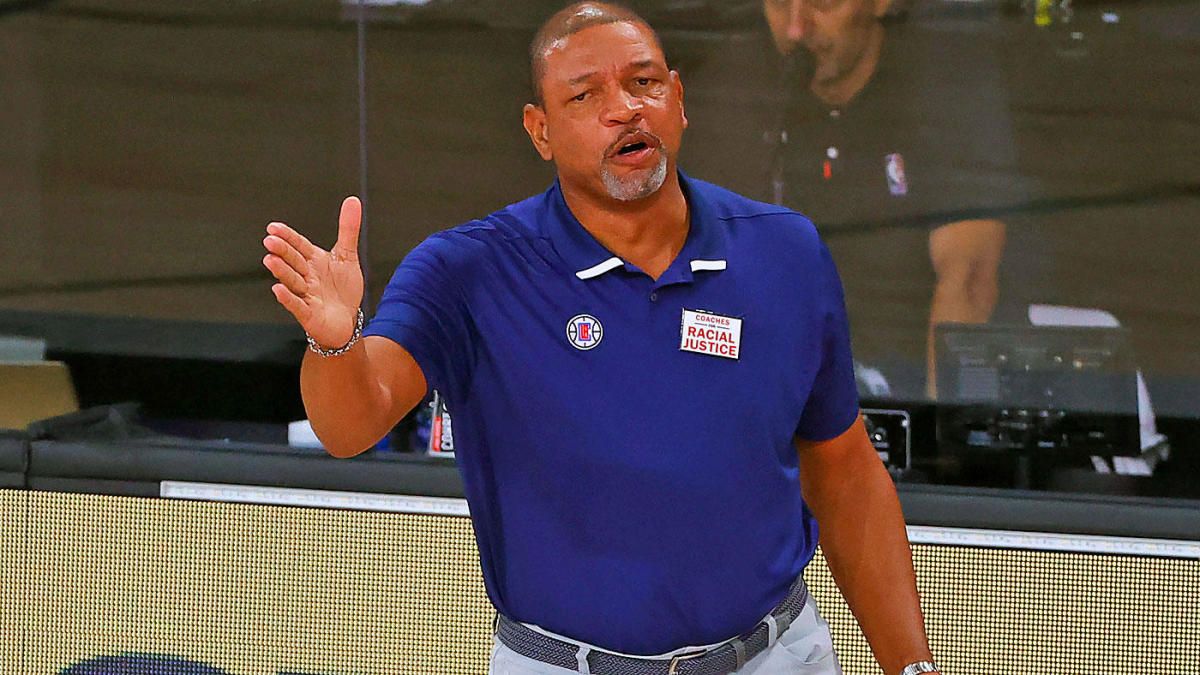 The Philadelphia 76ers have made big moves this offseason, retooling their front office and revamping their coaching staff following a disappointing finish last season. The 76ers fired Brett Brown and hired Doc Rivers as their new head coach. It did not stop there, as they also snagged Daryl Morey to become the new president of basketball operations. All eyes are on them on how the new front office and coaching staff will retool their roster for next season.

Most of the questions for Morey and Rivers are linked to the future of superstars Joel Embiid and Ben Simmons. Following their loss to the Boston Celtics in the opening round of the playoffs, there are speculations that the 76ers will eventually decide to part ways either with Simmons or Embiid. General manager Elton Brand tried to douse cold water into the trade chatter, but the talks did not stop.

However, Rivers is on the same page as Brand, expressing belief that the Embiid-Simmons duo could work. The veteran head coach said that he has yet to work with both superstars personally, but he is confident that they will find a way to make the two superstars play together seamlessly. Rivers thinks that it is unfair to single out the Embiid-Simmons duo because there are also superstar duos in the league that have yet to win a title.

"I have no doubt they can," Rivers said via ESPN. "Again, I haven't been in the lab with them yet, but I know they can. I think we have to change the narrative. They haven't won yet, not that they can't win. The 'can't' should be taken out. But there's a lot of combinations of players around the league that haven't won yet, and they're just two other ones. I'm really looking forward to the challenge."

Morey, for his part, also agreed that Simmons and Embiid can work together. During his tenure with the Rockets, particularly in the latter part of his stint in Houston, Morey prioritized getting players who can knock down shots from beyond the arc. Simmons does not want to shoot from the three-point region, while Embiid is not also known for his outside shots, but Morey insisted that how they play will depend on Rivers, and not his own philosophy.

"I would say, how we play is going to be up to Doc," Morey said. "But that's one reason I'm very excited to be here is to work with a championship coach like Doc. I think -- and I think he agrees with me, he can jump in -- the best way to win in the NBA is to take your talent and figure out how to utilize them the best. Right? It's not to take your talent and hammer it into a particular system. It's to try to get the most out of who you have."

There is no doubt that Embiid and Simmons are two of the most promising stars in the league. Embiid had a strong year last season, where he averaged 23.0 points and 11.6 rebounds on top of 3.0 assists and 1.3 blocks per game. Simmons, on the other hand, was a triple-double threat every night for the 76ers, as he posted 16.4 points to go along with 8.0 assists and 7.8 rebounds per game.

Most experts agreed that keeping the duo makes a lot of sense for Philadelphia now that they have a new voice on the bench in Rivers. However, questions remain on how the 76ers will surround them with a better supporting cast because most of their failure were attributed to the questionable moves that they made in the past like letting go of Jimmy Butler and signing Al Horford.

There is pressure on Morey's shoulder at this point because there is a chance that next season will begin before December 22, giving them less time to make roster changes through trades and free agency. However, the veteran executive pointed out that they are not in a rush and they are not looking for a perfect roster on opening day. He pointed out that they will look to make moves after they have evaluated the current group during the season.

"The players who are going to thrive under Doc and how Doc utilizes them is going to teach Elton and I a lot about how best to fit the players around them," Morey said. "If there's a great opportunity, obviously we're going to do it early. But the main thing is, you want to do great moves when they are available. But often the best move is not a move that is done right away. We want to increase our understanding before we start to make those moves."

The New Orleans Pelicans were already an intriguing team last season because of their young talent, but a lot of eyes will be on them next season, as they enter a new era. Following their disappointing stint inside the NBA bubble, the Pelicans decided to fire former head coach Alvin Gentry, and replaced him with Stan Van Gundy, who will be making his return to the bench after a two-year hiatus.

Van Gundy has coached several superstars in the league like Shaquille O'Neal, Dwyane Wade, Dwight Howard, and Blake Griffin. His last coaching stint was in Detroit, where his tenure was tainted by questionable decisions -- not as a head coach but as the team's president of basketball operations.

Since his last coaching stint, the league has changed a lot with most teams prioritizing a fast-pace offense or offense centered on three-point shooting. According to William Guillory of The Athletic, during Van Gundy's last year in Detroit, there were just two teams who attempted 35 three-pointers per game. But last season, there were 11 teams who took more than 35 attempts from beyond the arc.

Van Gundy is not afraid of the challenge, though. The veteran head coach, who also had coaching stints with the Miami Heat and the Orlando Magic earlier in his career, recognized that the game has changed. And because of the changes in the game, Van Gundy admitted that he also needs to make adjustment to keep in step with other teams and his fellow coaches.

"As the game changes, you always have to adjust as a coach," Van Gundy said. "Every night you have to adjust based on who you’re playing. It’s not like the game is dramatically different than it was in 2018, the last time I was coaching, where I’m coaching a whole different sport. There are just things you’ve got to do a little bit differently."

In terms of playing a fast-pace offense, Van Gundy is not used to it. However, he is not expected to have a hard time adjusting to it because he has the pieces to run it. Guillory pointed out that the Pelicans have made into the top five in terms of pace over the past three seasons. It also helps that SVG will have Lonzo Ball and Zion Williamson leading the way for them because both players love to attack.

"The Pelicans’ new coach will have to give his young team a level of freedom in  transition that he’s rarely given his teams in the past. One sign that he may be turning over a new leaf is the way he spoke about Ball," Guillory said. "He was effusive in his praise of the Pels point guard and the growth he’s shown in his game. In particular, Van Gundy made sure to point out his belief that Ball may be the best in the league at passing ahead to his teammates at the start of a possession to create transition opportunities."

Van Gundy said that based on what he saw in the past three seasons, he strongly believes that Ball is very smart and will not have a hard time figuring out his system. He also likes the work ethic of the former second-overall pick. The 22-year-old point guard, who was sent to the Pelicans as part of the Anthony Davis trade, averaged 11.8 points to go along with 7.0 assists and 6.1 rebounds per game last season.

Aside from Ball, SVG also has high hopes on Williamson, the first overall pick in the 2019 NBA Draft. Van Gundy said that he is excited to work with Williamson and help him excel. Most experts suggested that Van Gundy's success will be measured on how well he will utilize the former Duke University standout, who was considered as a generational talent heading into last year's draft.

"As we study and try to get more definitive and talk to Zion about what he likes, I think it’s more about what positions we want to put him in and who is best around him," Van Gundy said. "I think we’ll get to a starting point at the start of the season, and my guess is, as time goes on, I’m going to find out he can do even more than I think he can do and things will evolve from there."

Williamson showed a glimpse of his potential last season, when he averaged 22.5 points on 58.3 percent shooting from the field to go along with 6.3 rebounds and 2.1 assists. The 20-year-old forward was limited to just 24 games after sustaining a torn lateral meniscus in his right knee.