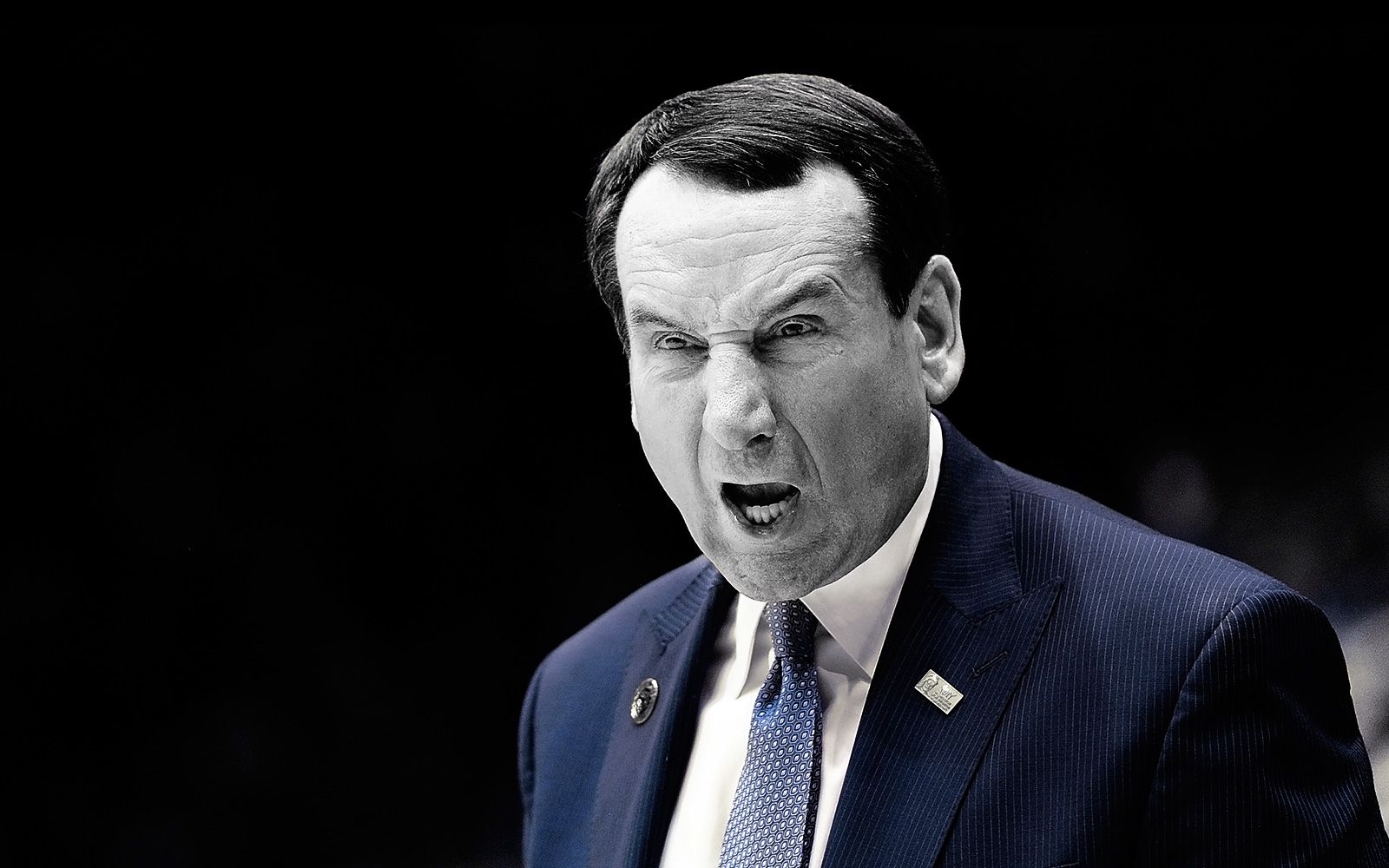 Krzyzewski almost got the chance to coach Kobe and Shaq

One of the greatest collegiate head coaches of all-time, Duke University’s top tactician Mike Krzyzewski could have made his mark in the NBA had he accepted the job back in the year of 2004. In a recent appearance on the WIP sports radio, the long-time head coach confirmed that he had gotten multiple NBA coaching offers and one of those came from the vaunted Los Angeles Lakers franchise.

However, nothing concrete materialized out of the initial talks as Krzyzewski’s heart was still on mentoring young college players and teaching them the ins and outs of the basketball game. The 73-year old basketball savant also went on to say that other famed NBA teams such as the Boston Celtics and the Philadelphia 76ers reached out to him in the past.

“I’ve been fortunate. If you’re a successful coach or businessperson, you’re going to have opportunities. When professional opportunities occurred … I love Duke, in addition to college basketball. I love working at a university environment. You’re surrounded by great people, not just in sports. It has been proven to be pretty pure. It’s getting crazy now, but that was kind of (King) to even ask.

I wasn’t interested in anything at that time. Two times, I was pretty interested. In 1990, when Dave Gavitt took over the Boston Celtics, I did interview with them. And in 2005, with the Lakers, at the end of the day, I didn’t do it. Ironically, in 1990, when I didn’t do it, the next two years, we won our first two national championships. In 2005, when I didn’t accept the offer, a few months later, Jerry Colangelo offered me the opportunity to coach the national team as the first national team (permanent)   coach. I was able to do that for 11 years. I got my NBA fix, so to speak. I’m really  happy I got that.”

Krzyzewski started his collegiate coaching career as an assistant for Indiana in 1974, then moved on to lead the Army from 1975-1980. He then was hired by Duke in 1980, where he will eventually win five NCAA championship trophies. Krzyzewski is also a three-time Naismith College Coach of the Year and five-time ACC Coach of the Year awardee. Interestingly, he spent his playing days as a point guard for the Army, a team coached by the famed Bobby Knight.

It was also Knight who recruited Krzyzewski as his assistant coach for Indiana, although their partnership lasted just a year. There is no doubt as to where Krzyzewski got his coaching brilliance as Knight is also a spectacular tactician as well. Knight’s contributions and success were recognized when he was inducted to the Basketball Hall of Fame in 1991.

Along with his success in the collegiate level, Krzyzewski is also widely-known as the long-tenured head coach of the American national team. He led USA to three Olympic gold medals, and two more successful stints in the FIBA World Championship tournament. He was also Chuck Daly’s assistant coach during USA’s “Dream Team” era that won the gold in the 1992 Barcelona Olympic Games.

Still, it would have been a great thing for the basketball community had Krzyzewski accepted an NBA job. The Lakers offer came in the summer of 2004, right after the team’s shocking Finals loss to the Detroit Pistons. The Lakers superstar duo of Kobe Bryant and Shaquille O’Neal were on the verge of a break-up, and they wanted a new head coach to lead them into a looming rebuilding stage.

However, Krzyzewski said that Duke has “taken up” his whole heart. ESPN reported back then that the Duke coach indeed turned down what could have been a lucrative contract with the Lakers. Here is Krzyzewski’s statement on the matter, as per a column by ESPN in 2004.

"Your heart has to be in whatever you lead. It became apparent that this decision was somewhat easier to make because you have to follow your heart and lead with it and Duke has always taken up my whole heart.”

It was also reported then that Bryant himself made a phone call to the Duke coach about coming in and coaching the Lakers. With Krzyzewski turning down the job, the Lakers hired Rudy Tomjanovich instead. Tomjanovich would last only until the middle of the 2004-05 season as he was replaced by Fred Hamblen, a long-time Lakers assistant coach. Phil Jackson then went back to the Lakers the following season, and won two more Larry O’Brien trophies with the team.

Who would be the Rockets head coach next season?

After failing to come up with a contract extension last offseason, the end of Mike D’Antoni’s stint as the Houston Rockets top tactician is already written on the wall. Arguably one of the best offense coaches we have in the league, D’Antoni is leading the Rockets to a 40-24 record this season.

But with all the disagreements that he had with the team’s front office last summer, it would be hard to imagine D’Antoni staying in Houston. Through the “Brodie and The Beard” podcast, Sam Amick of The Athletic emphasized that unless they pull off a stunning success in the playoffs, the Rockets will have a new coach after this season.

"Barring a championship, if they do save the season, I do not get the sense that Mike D'Antoni is going to be back. They've had a major divide in the contract negotiations. I'm always cautious when it comes to reporting. So, I'm going to throw in the never say never. Pro sports is a crazy thing. You know what I mean? But the information that we've constantly heard is that that bridge, for the most part, has been burned, and now they're just kind of mutually agreeing to make the best of the time they have together."

Even if both parties don’t come to a resolution in the offseason, there’s no doubt that D’Antoni’s offensive brilliance is already imprinted in the Rockets system. When star point guard Chris Paul arrived in Houston two seasons ago, we thought that it would be very difficult for the playmaker to co-exist with another ball-heavy guard in James Harden. But the Rockets made it work and they were a win away from reaching the Finals in 2018.

Despite the fact that Paul is now in Oklahoma City, the dilemma is still there for D’Antoni and his coaching staff. Triple-double point guard Russell Westbrook is now on the roster, a star who is used to having the ball on his hands most of the time. It was a struggle early on, but Westbrook got it going with Harden and the Rockets’ small-ball line-up in the second half of the season.

Going back to the team’s coaching matters, there will be tons of seasoned candidates probably itching to get back to the NBA sidelines. Two of the probable frontrunners are Jeff Van Gundy and Tom Thibodeau, two former no-nonsense coaches who have garnered success and credentials around the league. Amick also wrote on his column that Van Gundy is the name that has become the most prominent for the Rockets job.

"Jeff Van Gundy's name is the one that I had heard consistently as a very possible replacement for Mike. Van Gundy and [Thibodeau] being from the same tree, whatever happens next I think you are starting to get a sense of what might be prioritized -- obviously defense first, discipline. Try to juxtapose that and reconcile that with James Harden, in particular, with Thibs or Van Gundy barking at him on the defensive side."