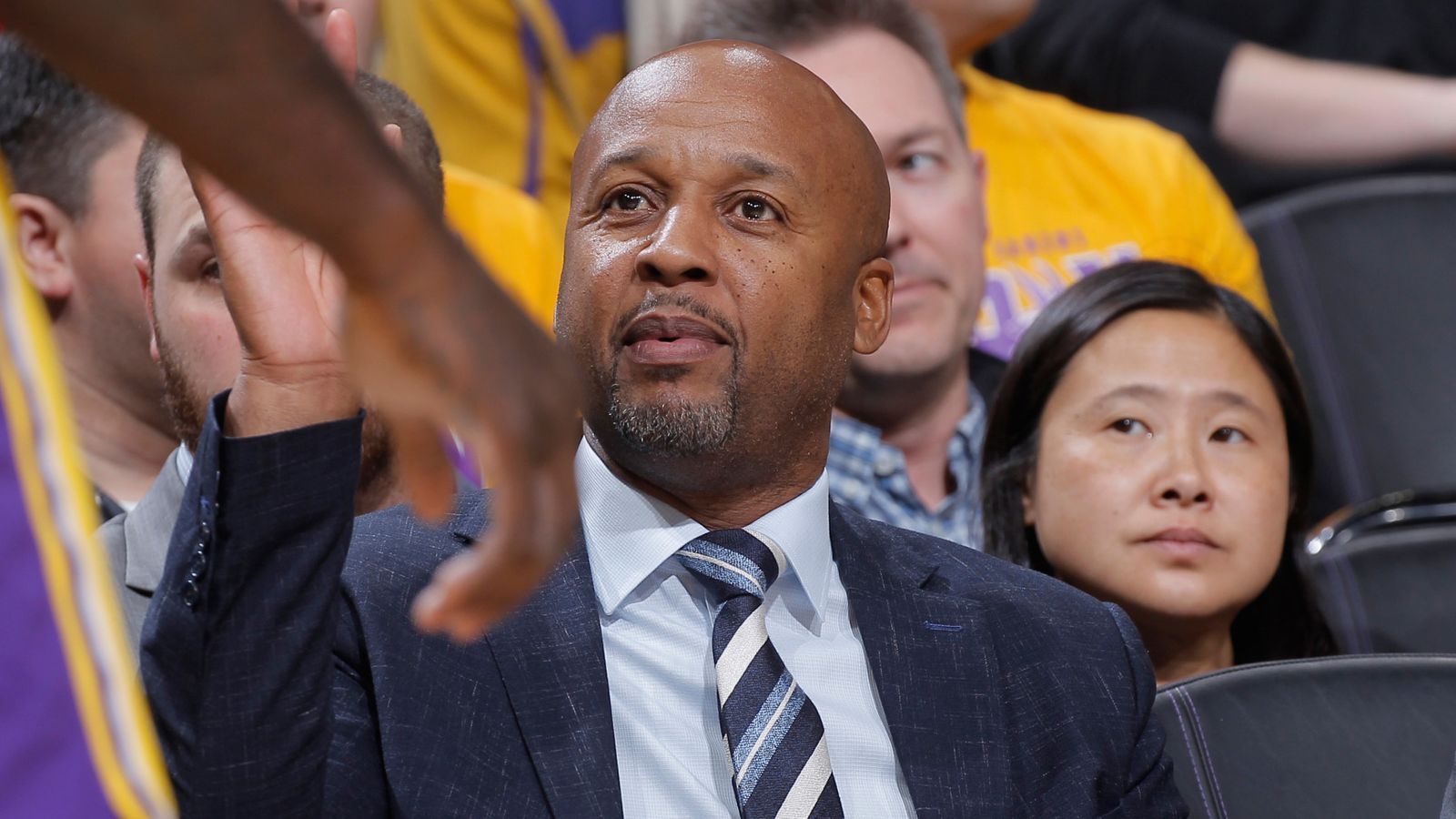 The G League has now officially chosen a coach for its new Select Team. Brian Shaw, a former NBA point guard, will be named as the new coach for the Southern California-based squad. Shams Charania of The Athletic was the first to report about Shaw’s appointment as the ex-Los Angeles Lakers hooper beat out former NBA Coach of the Year Sam Mitchell for the job.

The new G League team, which has already lured the talents of excellent young prospects like Jalen Green, Isaiah Todd and Kai Sotto, will allow these players to forego college basketball in their journey towards the professional ranks. These elite prospects are handpicked by the G League as they will provide them with intensive training along with monthly salary and incentives.

However, it would take a while before basketball fans can witness Shaw’s work with these young players. The G League recently issued a statement that confirmed their decision to cancel the remainder of their current season. League president Shareef Abdur-Rahim announced this development last Thursday. (h/t ESPN)

"While canceling the remainder of our season weighs heavily on us, we recognize that it is the most appropriate action to take for our league. I extend my sincere gratitude  to NBA G League players and coaches for giving their all to their teams and fans this season. And to our fans, I thank you and look forward to resuming play for the 2020- 21 season."

Having said that, it would be very interesting how Shaw can help these elite NBA prospects. Drafted 24th overall in the 1988 draft, Shaw started his pro career with the Boston Celtics and finished his playing days with the Lakers. The 54-year old guard was a key contributor during the Lakers’ three-peat championship run from 2000-2003. Shaw has career averages of 6.9 points, 3.4 rebounds, 4.2 assists and 0.8 steals per game.

After retiring in the summer of 2003, Shaw came back the year after to serve as an assistant coach for the Lakers. He spent six years in Los Angeles, then served the same role for the Indiana Pacers in 2011. Then it was in 2013 when Shaw made his head coaching debut with the Denver Nuggets. But he would only compile a losing 56-85 record in almost two seasons as he was sacked in his second year with the Nuggets.

Shaw then went back to the Lakers in 2016, filling in for the Associate Head Coach position. The 6-foot-6 combo guard has garnered credibility as an outstanding player development coach in the league. There is no doubt that he would be able to deliver results for this program that the G League calls as the professional pathway program.

As per a column written by ESPN insiders Jonathan Givony and Adrian Wojnarowski, Abdur-Rahim emphasized that this much-improved program has abolished the $125,000 monthly salary and replaced it with a higher paycheck. The former NBA power forward also reiterated that the enhanced program aims to be the best development system for young prospects like Green, Todd and Sotto.

"That's a real program that the NBL has. It's appealing. We have kids leaving the United States -- Texas and California and Georgia -- to go around the world to play, and our NBA community has to travel there to scout them. That's counterintuitive. The NBA is the best development system in the world, and those players shouldn't have to go somewhere else to develop for a year. They should be in our development system.

When you look around the world at the market that's been created, where we started at $125,000 wasn't enough -- certainly not in itself. There was also uncertainty about where I would be playing [in the G League]. There was uncertainty about whether an affiliated team would be incentivized to develop me. All of that made the program in its original form tougher. You can't isolate any of that. For a top kid with options,  that was a tough sell."

Before Shaw’s appointment, there were multiple reports that Mitchell already had the job in his bag. It remains to be seen why the G League opted for a change in direction, but it is certain that Shaw is a perfect man for the job.

The rumors around who will emerge as the New York Knicks head coach have been going on for a while now. However, it is becoming apparent that the team has put forth a name on the top of their priority list. Tom Thibodeau, the former head coach for the Chicago Bulls and the Minnesota Timberwolves, is reportedly the frontrunner for bagging the Knicks’ head coaching position.

Adrian Wojnarowski of ESPN tweeted out this development, saying that new Knicks team president Leon Rose is set to begin the searching process for their new head coach. Woj emphasized that Thibodeau is indeed the top name in the list.

One of those names in the list is former Knicks coach Jeff Van Gundy. JVG hasn’t been in the sidelines for a long time, although it is speculated that he could take over the Houston Rockets after this current season. In an appearance on the SiriusXM radio, Van Gundy provided heaps of praises for Thibodeau and his potential coaching stint in New York.

“Tom Thibodeau is a great, great basketball coach – like, great. And I think  unfortunately for him the perception of him on the sidelines as this gruff, nasty dude is not even close to who is he personally. Like, he is a great guy. He’s fun to be around. He’s enjoyable to be around, and he loves basketball. He loves NBA basketball and he works at it and he is elite in his profession.

I hope he gets another opportunity to be a head coach because if you look at his body of work he certainly deserves it and any team that may interview him or hire him would be very fortunate to have him as a head coach. He gets thought of as a defensive coach but if you look at his best teams in Chicago and in Minnesota they were very high level statistically speaking offensive teams and I think it’s been overlooked when people try to evaluate Tom from the outside.”

Thibodeau last appeared on the NBA sidelines for the Wolves before he was fired midway through the 2018-19 season. He may not have achieved the amount of success he had with the Bulls, but Thibs is still an excellent coach who pushes his players to always be at their best.

Before taking the Bulls’ head coaching role in 2010, the 62-year old basketball tactician served as an assistant coach in the NBA since 1989. He worked with Van Gundy when the latter was still the Knicks head coach in the late 90s and early 2000s.