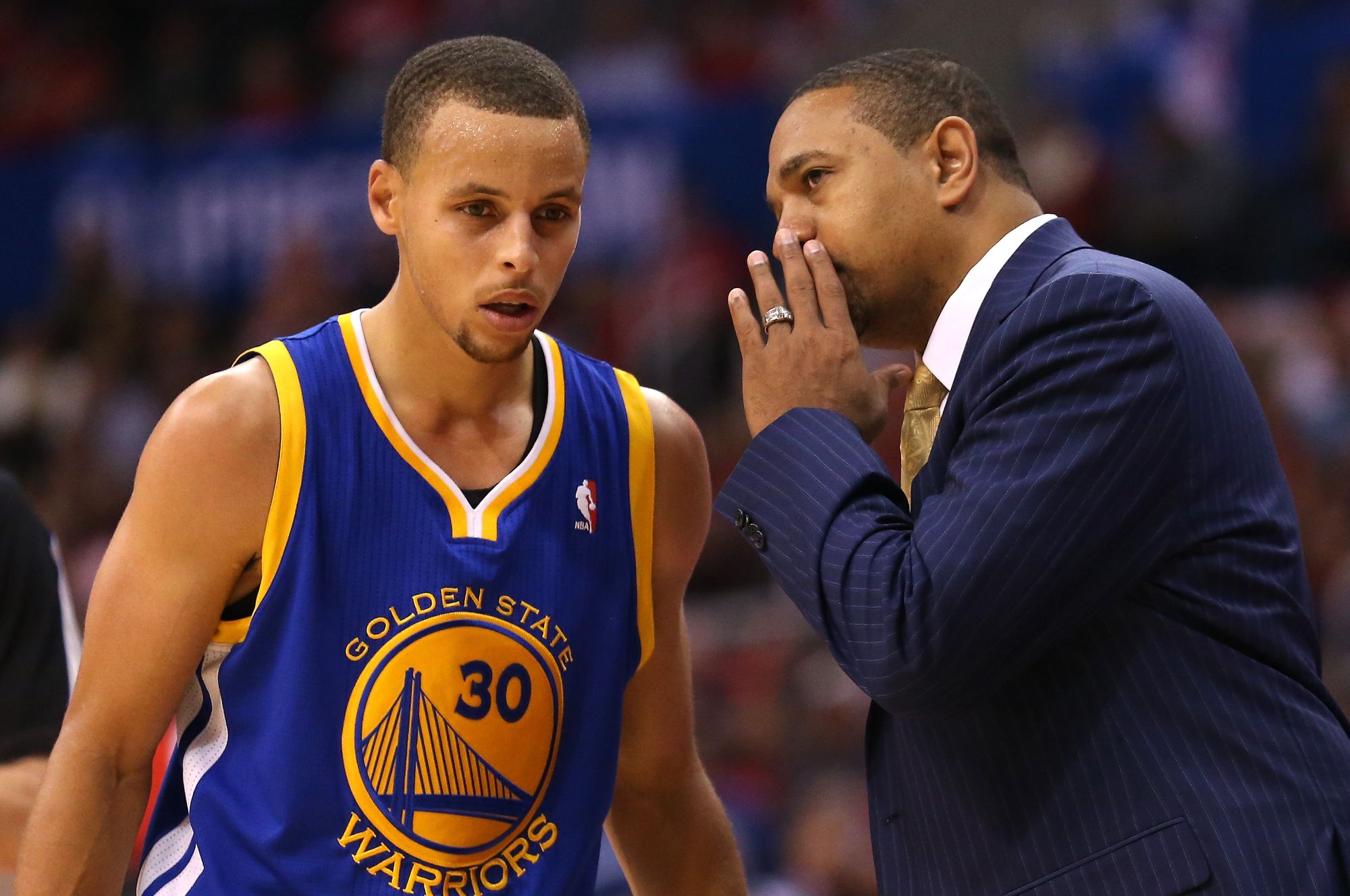 We will still hear Marc Jackson’s voice booming out in an NBA game next season, but it may not be from the commentators’ booth anymore. During an appearance in the All The Smoke podcast hosted by ex-NBA cagers Stephen Jackson and Matt Barnes, the former Golden State Warriors head coach confirmed speculations that he is still open to return to coaching in the league.

Jackson coached the Warriors for three seasons, compiling a decent record of 121 wins against 109 losses. It was under Jackson that the Warriors finally came back to the playoffs after five years, arguably the start of the franchise’s ascent to elite championship contender status. Jackson emphasized that he is looking forward to again be a positive impact on his players on and off the court.

"So if I'm not coaching, that means it's not good. As long as I'm doing what I'm supposed to do, I truly believe that the day will come when I have the opportunity to walk the sidelines again and lead a basketball team. For three years in Golden State, I had the time of my life impacting players, developing relationships and changing a culture. I truly was blessed to do that and I look forward to the opportunity to do it again.”

After his third year in the Bay Area, Jackson was replaced by Steve Kerr, who led the Warriors to a 67-15 season and ultimately to a successful championship run. Yet, his firing isn’t something that many people expected, especially considering that he led the team to 51 wins that year. His players love the way he coached them, and a handful of Warriors key cogs, including Stephen Curry, voiced out their frustrations on the management’s decision to replace their beloved head coach.

The reason as to why Jackson was fired remained a mystery until his former star player Andre Iguodala shed light on the matter last year. During an episode of The Breakfast Club, the 2015 Finals MVP said that he and his teammates absolutely loved Jackson, but reiterated that he was blackballed by the organization and by the NBA.

"We were huge fans of Mark, the players. He was the ultimate players coach. He was one of my favorite coaches of all-time. Come in, compete, play hard and then he was gonna put you in the best position to get the most money.

It was the politics. You know how it is -- once they want you out, they're gonna find something. So, he had church in the facility on Wednesdays sometimes. He would stream his church service from the facility. He would just set up a computer in the  facility and he would just preach. And his congregation can watch and stream it ... on the road, I don't know. I know at home he did. It would be like 7 o'clock at night, so nobody was in there.

One particular issue from what I heard was his views on gender or marriage or what  the bible said on your sexuality. Our head of our business [Rick Welts] is celebrated as one of the top execs in sports on the business side and he's gay. So there was conflict with that that was widespread. It was that, on top of issues with ownership. That was the crazy part. He didn't have a great relationship with the ownership. That ain't gonna ever work.”

With that said, the blackballing could be the reason why Jackson has not found another head coaching job in the league. Although he is a fixture as a commentator in nationally-televised games, his experience as a long-time NBA point guard has provided him a wide array of intensive knowledge and vision from a coaching standpoint.

But it is not just his knowledge of the game that makes him a good coach. His overall leadership has helped turned things around for the Warriors franchise, instilling a winning culture that eventually carried over to his players and coaches. He is a man who stands firmly on his own principles, evident in his response to the claim that the NBA has blackballed him.

"I'm a guy with tremendous faith. I'm not gonna slit my wrists if I never coach again because I believe what the Bible says -- as far as if you do what you're supposed to do, it's a promise from God that he will not withhold any good thing from you.

I don't believe that no man can blackball me. That door will open up and the opportunity will present itself. I'll be locked and loaded and fully prepared."

It appears that Jackson will not wait too long for him to get back on the sidelines. The two NBA teams located in the big city of New York are in need of big-name coaches. The Knicks fired David Fizdale early into the season, and installed Mike Miller to the vacated position. Miller had done a better job in terms of the Knicks’ record this season, but SNY’s Ian Begley reported that the front office is still looking for a proven and seasoned coach to lead their rebuilding process.

Brooklyn Nets, who surprisingly fired Kenny Atkinson this year, are also speculated to be on the lookout for an experienced head coach. ESPN analyst and insider Brian Windhorst reported that Nets new superstars Kyrie Irving and Kevin Durant both “want a big-name coach.” Jackson, along with former coaches Jeff Van Gundy and Tom Thibodeau, are pegged to be in the running for the two coaching spots for next season.

Tom Thibodeau has been in the NBA since the 1989-90 season, and it was just this year that he was not able to secure any role in the league. Mid-way through last season, the Minnesota Timberwolves ownership group fired Thibodeau from the two roles he held: head coach and president of basketball operations.

However, it will not be too long before Thibodeau finds himself in another head coaching role in the NBA. As per SNY’s Ian Begley, many figures within the league strongly believe that Knicks new president Leon Rose will tap the former Chicago Bulls head coach to lead the team for the next several years.

“The volume of media and fan scrutiny surrounding the Knicks and other legacy New York teams is immense. So that's why coaches like Jeff Van Gundy, Mark Jackson, Tom Thibodeau, Kenny Atkinson and Mike Woodson make sense to me as good fits. They know exactly what they're getting into because they've coached in New York.

For what it's worth, several coaches and people with a vetted interest in Leon Rose's first coaching hire believe it will ultimately be Thibodeau -- if he doesn't retain Mike Miller. I know he has stated publicly that he won't be coaching, but I still wouldn't entirely rule out John Calipari as a Knicks candidate due to his close relationship with Rose.”

Thibodeau, 62, worked as an assistant coach for two decades before having his first head coaching stint with the Bulls. He immediately made quite an impact in his first year in Chicago, steering the Bulls to an excellent 62-20 record. Thibs would lead the Bulls to five straight playoff appearances, before the franchise decided to break up the team and rebuild.

He was soon hired by the Wolves in the summer of 2016, although Thibs’ first year in Minnesota did not produce much team success. In his second season, Minnesota acquired Jimmy Butler from the Bulls, Thibodeau’s former player in Chicago. They made the playoffs that year, but Butler’s relationship with his teammates and with Thibodeau soured right after.

Without a role to handle on any NBA team, Thibodeau has since occasionally appeared as an analyst in some NBA games this season. He may have not parted in good terms with the Timberwolves, but it is without a doubt that he has established credibility as a prominent coach. Thibodeau was highly-criticized for giving his star players too much playing time, resulting to a wear-and-tear tendency come playoff time. But it is also true that his knack for making his players exert effort on the defensive end is the trump card that he can use to advertise his services.