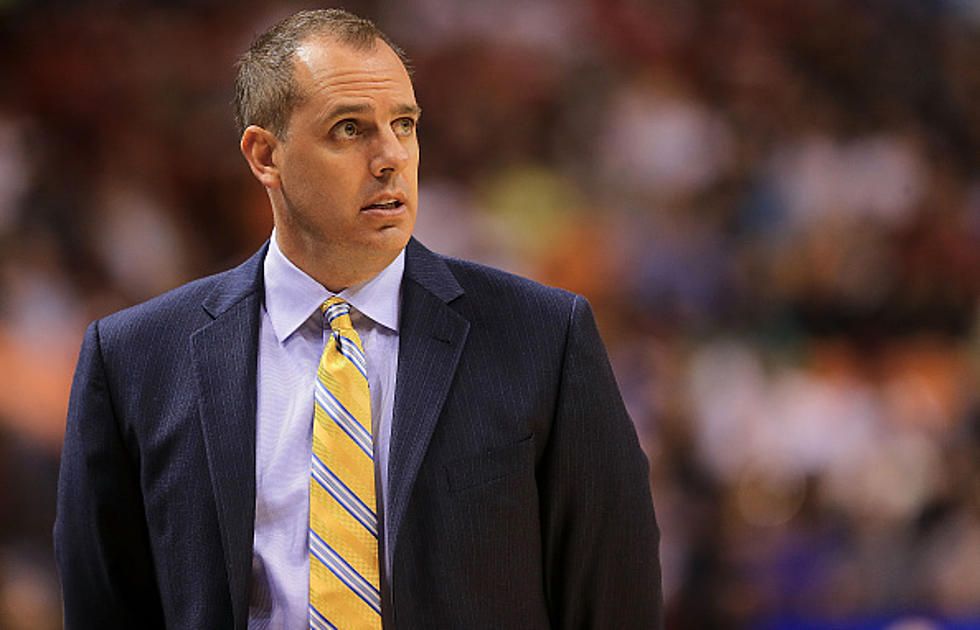 Vogel is not new to the NBA as he already had previous head coaching stints with the Indiana Pacers and the Orlando Magic. However, he has a new team in his return to coaching prominence, making him qualified in this list. And boy, he is doing a tremendous job leading the Lakers to a fiery 9-2 record to start the season.

Of course, Vogel’s leadership is overshadowed by the team’s superstar duo of LeBron James and Anthony Davis. Before the season began, many believed that it’s only a matter of time before Vogel will be replaced by assistant coach Jason Kidd, who is also a new face in the Lakers organization. This year’s version of the Lakeshow is poised to be great, but no one really anticipated that they would quickly exemplify cohesiveness and chemistry on both ends of the floor. There is a business-like tone to their approach of the game, a far cry from the cloud of uncertainty that hovered around the team last year. Yes, the roster that they have right now is more filled with veterans. But Vogel’s teams have always been serious in their mission, and the 2019-20 Lakers are no exemption.

Yet, Vogel is not bent on being satisfied at this early part of the season. He told Dan Woike of the Los Angeles Times that the players have indeed bought in to his system, but there’s still a lot of kinks to fix.

“There are a lot of things we can do to play better — execution on both sides on  the ball has to continue to improve. We’re not getting back well enough in transition, and we’re turning the ball over a little too much. Our shot selection  can continue to improve. We’re not boxing out and gang rebounding as well as I’d like. The list is long, but we’re off to a good start. There’s still a lot of room for improvement.”

The Lakers may lose some more games this season, but it’s becoming clear that they are here to contend for the championship. Vogel and his coaching staff are doing a splendid job distributing minutes and assigning roles fit for their key players. While LeBron has been a playmaker throughout his career, his 11.1 assists per game this season is already his career-high. AD is granted of his desire to play the power forward position, something that people have expressed their doubts as to its effectiveness in today’s small-ball era. But JaVale McGee and the rejuvenated Dwight Howard are doing their roles well at the center position, and Davis is still putting up monster double-double numbers every night.

When asked about James’ playmaking, Vogel emphasized how the four-time MVP has been making the right play and the right decision everytime, per Dave McMenamin of the ESPN.

"He's going to make the right play every time and he delivers the ball on time, on target everywhere or just about everywhere he throws it -- to the 3-point line or lobs at the rim or back cuts or whatever. He's just one of the best passers I've been around."

Indeed, James is one of the smartest players to ever play the game of basketball so it’s a no-brainer that Vogel gave him the keys to the point guard position. Vogel has obviously deviated from the Lakers’ strategy of pairing James with another playmaker last year. Instead, the team is now putting in more off-ball scoring guards like Avery Bradley and Quinn Cook to provide more spacing for James to operate.

The Vogel signing is turning out to be a win for Rob Pelinka and the Lakers front office. There’s still a full race to be run, but the Lakers are poised to return to their throne in the Western Conference.

The Suns have immediately established themselves as one of the surprisingly good teams this season. They are sporting a 7-4 record, even with the suspended Deandre Ayton playing just one game. Ayton, a walking double-double machine and the team’s second-best scorer behind Devin Booker, was handed out a 25-game suspension by the NBA for violating their anti-drug policies.

But the head coach behind their early success will not come as a surprise. Monty Williams has always had a reputation for being a “player coach” and his former players emphasize how they have formed lasting relationships with Williams. It’s safe to say that he has brought a winning culture to this struggling organization. It’s still a bit early, but if the Suns continue playing like this, Williams could be a favourite to win the Coach of the Year award.

"Monty Williams is our early favorite for Coach of the Year, and it’s not hard to see why. Phoenix’s defense has risen from 29th last season to 11th this year, receiving a major interior boost from Aron Baynes. The Australian center sports a 119.4 offensive rating, and he’s been a near-dominant pick-and-roll partner with Devin Booker.”

The Suns didn’t really make waves with their offseason acquisitions, but the role players they signed have become key cogs for their team. Ricky Rubio is averaging a near triple-double stat line, while Baynes has seen his production and impact spike up this year. So far, Williams and his coaching staff are doing a marvelous job in not allowing the team to place a really heavy workload on Booker. Furthermore, they have put an extra emphasis on defense, an excellent cornerstone for this surging Suns squad.

To be fair with Beilein, it’s extra difficult to earn a B rating with the roster that he has. Yes, they still have Kevin Love and the line-up is filled with high potential, talented young guns. But there is a certain excitement going on around the team, something that has stemmed from their much-improved play on both ends of the floor. The Cavaliers (4-7) are tied with five other teams for the 7th place in the East. It remains to be seen if this is sustainable, but this is a very good step moving forward for this franchise.

“The Cavs being as solid as they’ve been is frankly startling. I think the quality starts with John Beilein and the whole coaching staff he has around him. The offense flows better than it did last year, the team plays hard all the time and the defense isn’t hemorrhaging points anymore. Tristan Thompson is playing arguably the best basketball of his career, Kevin Love is playing at an All-Star level again and Collin Sexton is shining as a scorer while showing defensive improvement. Almost everyone who is playing is contributing in some way, which just wasn’t the case last year.”

Again, we don’t know if this will translate to a winning record for the Cavaliers but at least they are already building a case for hometown fans to get excited and watch their games. Frankly, this team had a confusing offseason entering this new NBA year. They drafted Darius Garland, another undersized combo guard to pair with Sexton. They did not try to move Love when they are expected to so that they can fully start with their rebuilding process. Nor did they gauge the trade value of the underperforming Tristan Thompson or the unproven Jordan Clarkson.

But that has turned out to be a wise decision for the Cavaliers front office, at least in this early stage of the season. Love is slowly relishing his role as the main man, Thompson is having a career-best season in scoring, and Clarkson has provided a much-needed spark off the bench.

Beilein has installed a team-first mantra in this squad. If this keeps up, could the Cavaliers be the Sacramento Kings of last season?