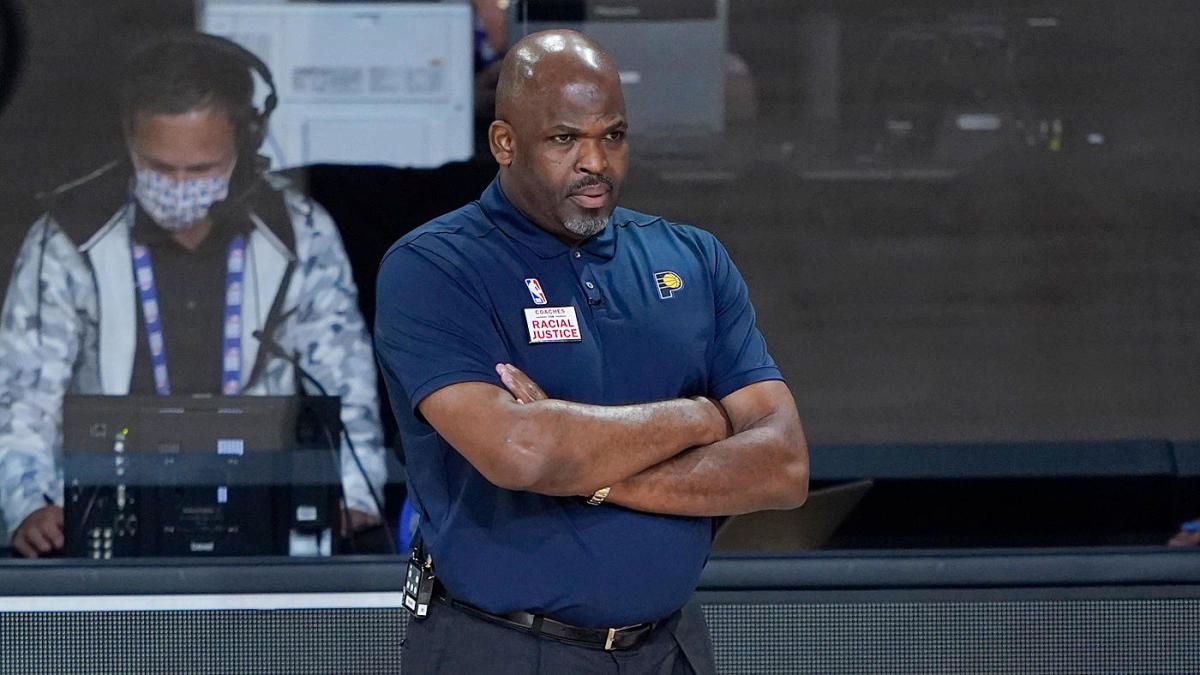 The Indiana Pacers had a sudden change of heart and decided to fire head coach Nate McMillan. The development came after the Pacers were swept by the Miami Heat in the first round of the 2020 NBA Playoffs. The firing came as a surprise to many, especially after the Pacers announced earlier this month that they have agreed to a one-year contract extension with the veteran head coach.

"This was a very hard decision for us to make, but we feel it's in the best interest of the organization to move in a different direction," Pacers president of basketball operation Kevin Pritchard said in a statement. "Nate and I have been through the good times and the bad times; and it was an honor to work with him for those 11 years in Indiana and Portland."

The Pacers also announced that the coaching search will start immediately. The team cited McMillan's 3-16 playoff record with the Pacers since taking over before the 2016-17 NBA season. The 56-year-old coach led his team to the playoffs in all four seasons at the helm, but three of those post-season stints ended in a first-round sweep.

However, while the Pacers tried to justify the move by highlighting the team's playoff struggles, the move earned a lot of criticisms from fans and other NBA coaches. According to Indy Star, Heat head coach Erik Spoelstra said that the move is "totally ridiculous" for Indiana. The two-time champion also blasted the contract extension the Pacers gave McMillan, saying that the "fake extension" was done "to appease whoever they need to appease."

For Spoelstra, the Pacers overachieved after finishing fourth in the Eastern Conference standings despite being hit by injuries. He pointed out that injuries were a huge factor in their series because the Pacers played without All-Star forward Domantas Sabonis and shooting guard Jeremy Lamb. Superstar guard Victor Oladipo played in the playoffs but nowhere near his 100 percent form, as the is still trying to get into his rhythm after suffering from a knee injury.

Rick Carlisle also gave his take on McMillan's firing. The Dallas Mavericks head coach, who is also the President of the National Basketball Coaches Association, had the same take, hinting that he sees no logical reason for Indiana's move to dismiss Carlisle after their early playoff exit.

"It's just shocking to me," Carlisle said of McMillan's dismissal via Tim MacMahon of ESPN. "It's very hard to comprehend. I don't know what the organization's philosophical reasons were, but I know Nate McMillan is one of the most respected coaches in the league."

With McMillan out of the Pacers, Indiana's front office is reportedly monitoring the situation of Houston Rockets head coach Mike D'Antoni. The Rockets are still playing in the playoffs and are currently tied 2-2 in their series with Oklahoma City Thunder. However, there have been numerous reports that the Rockets might eventually part ways with D'Antoni, especially if they fail to make a deep run in the playoffs this season.

Adrian Wojnarowski of ESPN reported that the D'Antoni will be a target of the Pacers if he becomes available after the current season. The 69-year-old is coaching in the final year of his contract with the Rockets. There were previous negotiations for an extension but nothing come to fruition. It remains to be seen, though, whether or not the Rockets will eventually sign him again to a long-term deal in the offseason.

Wojnarowski also added that hiring D'Antoni will be easier said than done for Indiana even if he hits the market soon. He pointed out that the it would all depend on Indiana's willingness to spend huge money for a coach because D'Antoni would be an expensive hire for any team in the league, and also added that the Pacers might also consider going for a "program builder."

Aside from D'Antoni, Nat Newell of the Indy Star named several possible candidates for the coaching vacancy in Indiana, including former Golden State Warriors head coach Mark Jackson. Jackson has ties in Indiana, where he spent six seasons as a player.

Jackson coached the Warriors for three seasons, where he had a 121-109 record. He also led the Warriors to two playoff stints but was eventually fired following a first-round exit in the 2014 NBA Playoffs. Following his dismissal, the Warriors went on to win three championships under head coach Steve Kerr. Several former players said that Jackson should also be credited for the success enjoyed by the Warriors in the previous five seasons.

"Anybody who doesn't give (Jackson) a whole bunch of credit for what he was able to spearhead and get started out there, I think they're just not in reality," former Warriors guard Jarrett Jack told CBS Sports when asked about Jackson. "They just don't know the situation. I was in those huddles. I was in those locker room sessions. The way he talked to us, the amount of confidence he gave us. Go look at the kind of defense the Warriors were playing before coach Jackson showed up, and look at them now."

Former Brooklyn Nets head coach Kenny Atkinson was also mentioned as a possible candidate for the Pacers. Atkinson earned praises for turning the Nets to a playoff team after years of being at the cellar of the Eastern Conference standings. His player development resume is also being praised frequently, citing his work on Nets promising young players like Caris LeVert, Jarett Allen, and Spencer Dinwiddie.

Philadelphia 76ers Could Be Frontrunners in Race to Sign Tyronn Lue

The Philadelphia 76ers are expected to join the race to sign Los Angeles Clippers assistant coach Tyronn Lue as their next head coach. The 76ers are also in the market for a new coach after ending their partnership with former head coach Brett Brown, following their early exit in the playoffs. The depleted 76ers team were swept in their first-round series against the Boston Celtics.

According to Chris Mannix of Sports Illustrated, there is a "mutual" interest between Philadelphia and the former Cleveland Cavaliers head coach. Lue will be a hot commodity in the market in the offseason because of his resume, which is highlighted by the championship that he won with the Cavaliers in 2016. But despite the stiff competition that they will likely have, Mannix said that the 76ers "could have an inside track" in the race to sign Lue.

Aside from the 76ers, the Brooklyn Nets are also expected to make a strong run for Lue. The 43-year-old coach is reportedly the preferred candidate of Nets superstars Kyrie Irving and Kevin Durant. It did not come as a surprise, though, because Irving played under Lue during their title run in 2016. However, the likelihood of the Lue-to-Nets scenario will likely depend on Brooklyn's pursuit of San Antonio Spurs head coach Gregg Popovich.

The New Orleans Pelicans are also expected to have a shot at signing Lue because of his ties in the franchise. Lue was promoted as head coach in 2016 by former Cavaliers general manager David Griffin, who is now the Pelicans' executive vice president of basketball operations. New Orleans also had a promising young core led by All-Star forward Brandon Ingram and 2019 first-overall pick Zion Williamson.

The Chicago Bulls are also in the hunt for a new coach after their new-look front office decided to fire head coach Jim Boylen. Atkinson was previously mentioned as the favorite to land the job because of his player development resume, but Jeremy Woo of Sports Illustrated said that Ime Udoka and Wes Unseld Jr. are the top options for Chicago.

"Sixers assistant Ime Udoka and Nuggets assistant Wes Unseld Jr. are thought to be among top options here," Woo said. "This is viewed as another long-haul job, but there’s growth potential with a number of former lottery picks players who have been injured and perhaps underutilized over the past few seasons. Getting into the mix for the eighth seed in the East may not be that far off, and the Bulls will also pick fourth in this year’s draft."

Both assistant coaches have ties to the current Bulls regime. Bulls executive vice president of basketball operations Arturas Karnisovas was the Nuggets general manager before he took over in Chicago and has witnessed Unseld's growth under head coach Mike Malone. On the other hand, Udoka has worked with current Bulls general manager Marc Eversley during the latter's time in Philadelphia's front office.

The vacancy in Chicago is also expected to become an attractive option for coaching candidates. The Bulls overhauled their front office in the hopes of finally moving into a better direction after missing the playoffs in the past three seasons. Chicago has a promising young core as well led by Zach LaVine, Lauri Markkanen, Coby White, and Wendell Carter Jr. They also have a chance to add another key piece from the draft after securing the fourth pick despite just the seventh-best odds during the NBA Draft Lottery earlier this month.