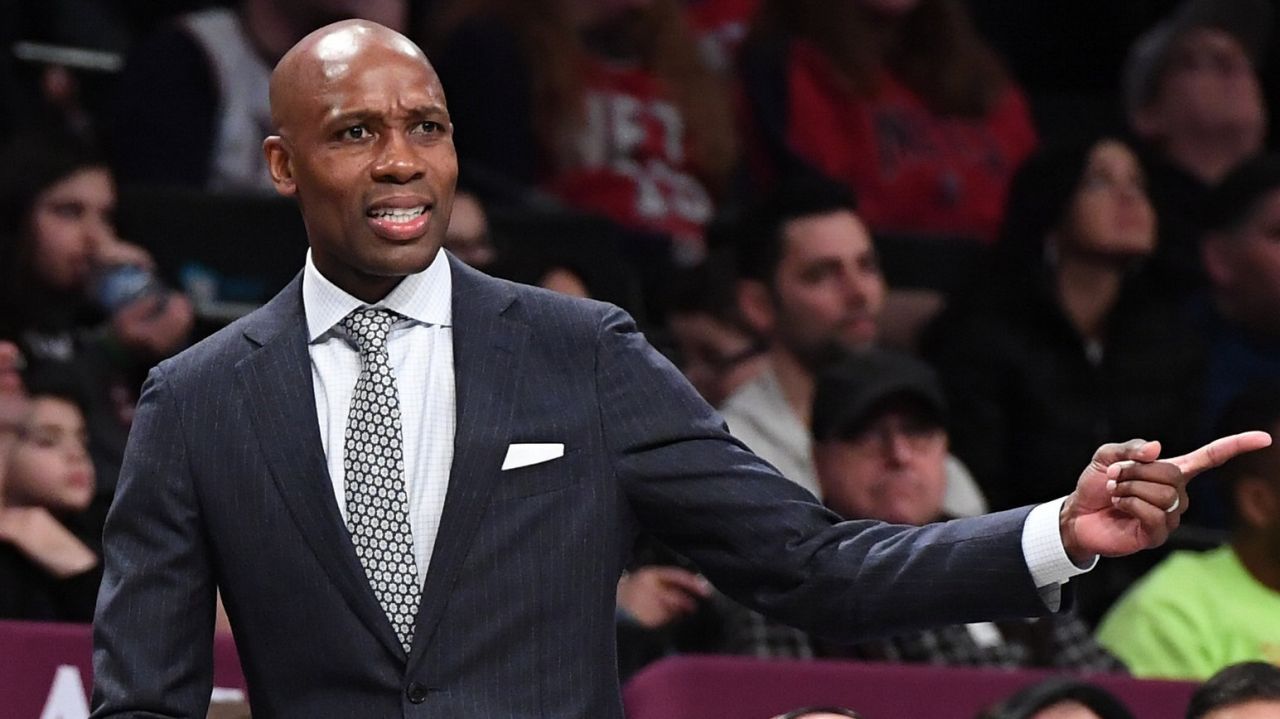 The Brooklyn Nets were not expected to make any noise in the NBA bubble. First, they are playing without superstar Kyrie Irving and Kevin Durant. Second, they are coming from a coaching change midway through the season. However, the Nets are showing that they can compete at a high level, and interim head coach Jacque Vaughn is getting a lot of credits for Brooklyn's surprising performances in Orlando.

The Nets are now 6-2 under Vaughn, including four wins in six games since the NBA restarted the season. Despite playing without Durant this year and Irving for the majority of the season, the Nets will finish seventh in the Eastern Conference standings – a feat that was almost out of the picture considering the number of lineup changes that they had to make to assemble a roster for the NBA restart.

Jarrett Allen pointed out that Vaughn is the main reason behind their unexpected showing in the bubble. The 22-year-old center said that Vaughn has done a terrific job in keeping the team together, convincing them to play within the system, and get them used to playing with each other at such a small period of time.

"It'd be hard for me to be able to task somebody with keeping a team, let alone having to bring a bunch of new guys in, having to get a lot of people accustomed to the team    and to how we play, bringing us into a bubble," Allen said of Vaughn via the New  York Post. "Just all the factors going against him — he’s been able to rally us together, rally us under his system, help us believe in him and believe in the things he’s doing for us — he’s just done an unbelievable job."

Los Angeles Clippers head coach Doc Rivers also vouched for Vaughn, who has played under the champion coach before in Orlando. Rivers is hoping that Vaughn will get a good shot at getting the job on a full-time basis, pointing out that Vaughn has shown since then that he could end up as a coach from being player similar to current Clippers assistant coaches Sam Cassell and Tyronn Lue.

"I think he's done a terrific job," Rivers said of Vaughn via the New York Daily News. "He played with me for an entire year. So I’m a big fan of his. He was one of those players similar to Ty Lue, Sam, that you knew when they retired that they would be coaches. So I hope he gets a good shot here."

Curiously, Lue, who is serving as Rivers' first assistant coach this season, is tagged as the favorite to land the Nets jobs. However, it remains to be seen how Vaughn and Brooklyn's performance in the bubble would influence their front office when they decide on their coaching situation in the offseason.

The New Orleans Pelicans have been officially eliminated from playoff contention, and there is growing speculation that Alvin Gentry would be given the pink slip after the season. New Orleans was in a position to make the playoffs when the NBA restarted, but they went 2-4 in their first six games. While their struggles could be attributed to injuries, it is not a surprise that Gentry's exit is now one of the talks of the town.

And according to Adrian Wojnarowski of ESPN, Lakers assistant coach Jason Kidd and Clippers deputy Ty Lue would get strong consideration if Gentry gets fired. It is worth noting that Pelicans executive vice president David Griffin was not the one who hired Gentry in New Orleans.

But while most fans and experts are already anticipating his firing, Gentry is not ready to make any conclusion. According to Marc Stein of the New York Times, the veteran coach said that he is not paying attention to the talks about his immediate sacking in New Orleans.

"I told you guys, I don't ever worry about anything like that," Gentry said. "I'm the coach until I'm not the coach and I act accordingly."

Gentry has coached the Pelicans in the last five seasons with only one playoff appearance. In those five seasons, he racked up a 175-223 record. Before getting the Pelicans coaching job, Gentry also coached the Miami Heat, Detroit Pistons, Los Angeles Clippers, and the Phoenix Suns.

Brett Brown Could Be in Danger of Losing 76ers Coaching Job

Philadelphia 76ers coach Brett Brown could be in the hot seat again if he fails to lead his team to an impressive playoff run this season. According to Ryen Russillo on the Bill Simmons Podcast, there were talks about Brown's firing last season, and it has started again this year.

"It was just a foregone conclusion that Brett was going to get fired if they didn't do something special [in the 2019 playoffs]," Russillo said. "And then, it was like, 'Oh  wow. They kept him.' And I'm telling you now, that same stuff has picked up again."

The 76ers are currently sixth in the Eastern Conference standings and are likely to face the Boston Celtics in the first round of the playoffs. According to Andy Bailey of Bleacher Report, a first-round exit in the playoffs could eventually become the final straw for Brown.

Philadelphia is also facing a tough road ahead of them in the postseason after losing superstar Ben Simmons. The former first overall pick underwent surgery to remove loose bodies in his knees. While there is still no timetable for his return, there is growing speculation that he will likely miss the remainder of the season, which would not fare well for Brown and his future in Philly.

"Not having Simmons could give Brown an out, but few things in life are as tenuous as the job security of NBA head coaches," Bailey said. "Even without Simmons, a beat down at the hands of the Celtics or Heat would undoubtedly fuel speculation about Brown's future."

The New York Knicks are continuously looking for ways to improve their coaching staff. After hiring head coach Tom Thibodeau, the Knicks are now reportedly eyeing to add Kentucky assistant coach Kenny Payne. According to Adam Zagoria of Forbes, the 53-year-old coach "remains strongly in the mix" for the New York position.

It remains to be seen, though, whether or not Payne will accept the coaching job. While nothing is final, there are already names that are floating around as a possible replacement for Payne, including Bruiser Flint, who is also a former assistant of Kentucky coach John Calipari.

"When you’re putting your staff together you’re looking at the qualities you think will fit your team best, what you think you need," Thibodeau said of assembling his coaching staff. "I think you always sit down with your front office to go over the people you think can help. I'm confident that we're going to sit down, I'm going to listen to the people that they have, I'm going to recommend some people that I know. Some of them are going to be on both lists."

Aside from Payne, the Knicks have reportedly added former head coach Mike Woodson. New York has yet to officially announce the hiring, but the veteran bench tactician will likely be Thibodeau's top assistant. Woodson is no stranger to coaching in New York, having led the franchise to two playoff appearances in 2012 and 2013, which were actually the last two postseason trips of the Knicks.

Former Knicks head coach David Fizdale, who was fired earlier in the season, said that Woodson would be a great hire for the New York. Fizdale said that it is no secret that coaching in New York is not easy, which is where Woodson would be a huge help for Thibodeau when he begins his term at the helm.

"And so because Woody successfully navigated that and really understands the dynamic of New York and New York City I think he’s really going to be of huge value to Thibs in that situation," Fizdale said. "And Woody can flat out coach and so that’s where he’s also going to help him is from that standpoint on his own accord."

The Knicks have nothing to go but up in the Thibodeau era. Aside from the young players that they have, the Knicks have cap flexibility, which they can take advantage of in adding veteran players to the mix. They also have seven first-round picks in the next four drafts, which they can use to land promising prospects or utilize as trade baits.