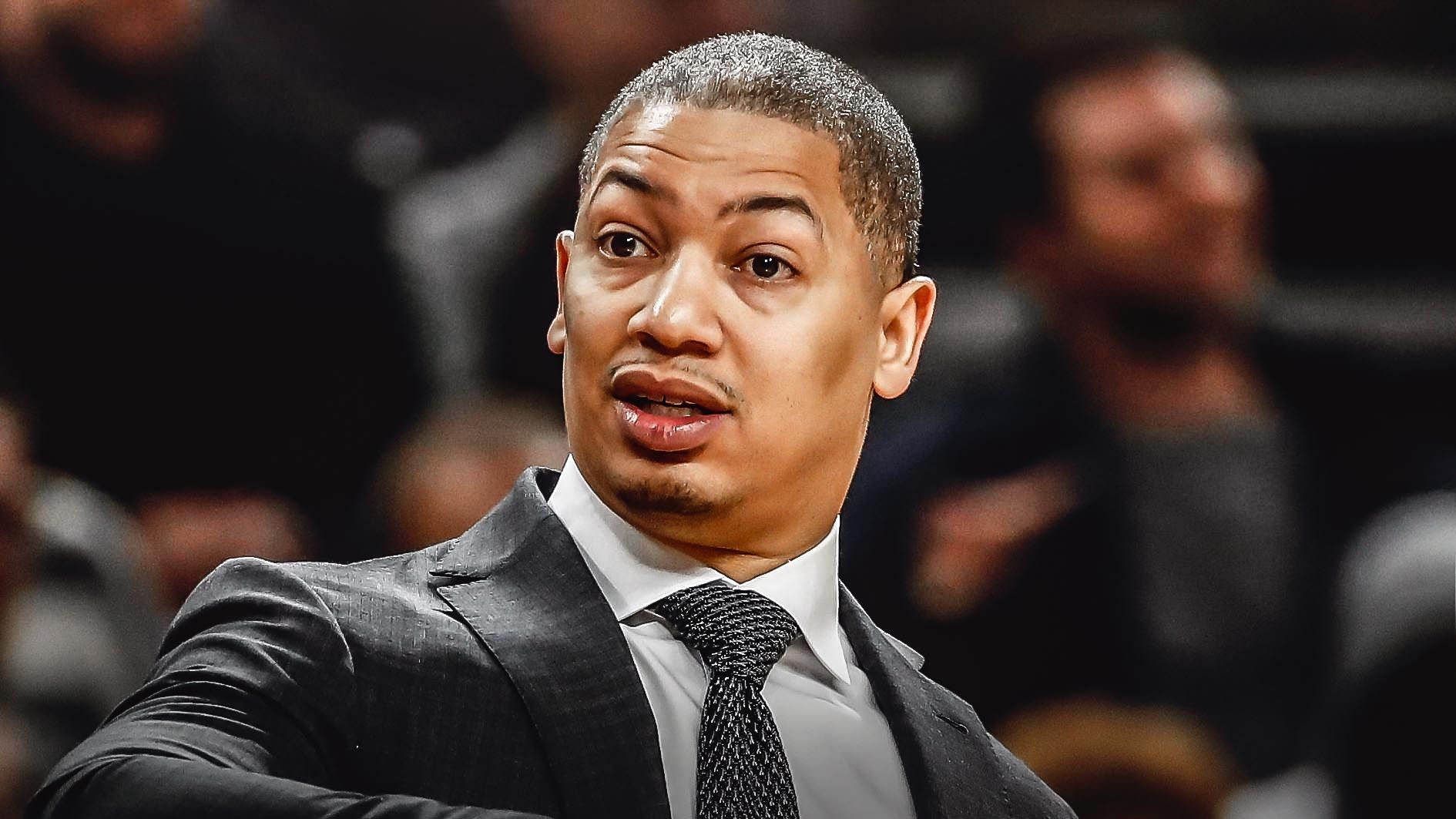 Kyrie Irving and Tyronn Lue may just get their long-awaited reunion next season. It is no secret that the Brooklyn Nets front office are looking for a big-name head coach to lead the team in the years to come. They promoted assistant coach Jacque Vaughn to an interim position after firing Kenny Atkinson, but it is widely believed that Vaughn will not stay in his position for long.

With two high-personality superstars on their roster, it is perfectly understandable why the Nets want an experienced coach or someone with high credibility. Among the names floated around for the Brooklyn job are Lue, former Nets coach and now Los Angeles Lakers assistant coach Jason Kidd, former Golden State Warriors coach Mark Jackson, Warriors assistant coach Mike Brown and former New York Knicks coach Jeff Van Gundy. Vaughn is still considered for the job, but there is still the belief that the Nets management are looking outside for their top choice.

As per Joe Vardon, the Cleveland Cavaliers beat writer for The Athletic, there is a mutual interest between Lue and the Nets. When Lue’s name was first presented as a candidate for the job, there were some concerns regarding his relationship with Kyrie. Irving demanded a trade away from Cleveland in 2017, and Lue was still coaching the Cavs at that time. But Vardon was quick to point out that Kyrie’s desire to be traded did not stem out from having a bad partnership with Lue.

“Lue is interested in coaching Kyrie and Kevin Durant in Brooklyn, yes. It was Irving  who broke up the dynastic Cavaliers, make no mistake. He pushed his way out of  Cleveland while Lue was coaching and the Cavs were busy running off Finals trips, but that was more about getting away from LeBron James and from the aura around LeBron than it was about Lue, specifically. You could argue that Lue played into the enormous power and sway LeBron held over the locker room, but it’s a silly   argument. Here’s some truth for you: of all the coaches Irving has played for since his rookie year in 2011 (six of them), only two were not fired while he was on the team. Lue and Boston’s Brad Stevens, with whom Irving had multiple public exchanges.”

Moreover, Lue has already gained the experience on how to handle the egos of three superstars in one team. He had Irving, LeBron James and Kevin Love when the Cavaliers won their first championship in 2016, so Nets fans don’t have to worry if the mild-mannered Lue has what it takes to evenly distribute the workload to Durant and Irving.

Furthermore, let’s already scratch off our criticisms that Lue is not great in preparing specific game plans. Many people doubt Lue’s intelligence as they say that it is LeBron’s extraordinary IQ and Kyrie’s shot-making that ultimately gave Lue his first championship ring as a head coach. Yes, the 2016 championship Cavaliers squad had two prime superstars but that shouldn’t undermine the fact that they had a brilliant coach.

For starters, that same Cavaliers squad did lose in the 2015 against the same Warriors team. David Blatt was still coaching Cleveland that year, then he was replaced by Lue at the middle of the following season. From that standpoint alone, Lue already made his case as one of the best young coaches we have in the league.

Most importantly, Lue has already established quite a good credibility around the league. Richard Jefferson, who also played under Lue for that 2016 Cavs squad, is confident that his former coach can steer the Nets to greater heights. During an episode of ESPN’s “The Jump,” Jefferson made it clear that Lue is one of the best coaches in the league in terms of game plans. (h/t New York Daily News’ Stefan Bondy)

“There are so many great young coaches out there who deserve an opportunity. T-Lue, to me, is the No. 1 young coach. He can coach. He can do all that stuff. He has a proven track record. So do I think T-Lue can coach this team? Do I think he can be successful? Yes.

That’s stupid. That’s a dumb statement. T-Lue and Gregg Popovich are the two best X’s and O’s coaches that I’ve played for in my entire basketball career. From high school all the way up until I retired.”

In a separate column, Bondy also confirmed speculations that Lue is willing to coach Irving again. During their time in Cleveland, there were times that they didn’t agree with each other but that is perfectly normal between two people passionate in reaching their ultimate goal. Vardon himself reported that Irving has already gotten over all the bad memories he had as a Cavalier, so it’s safe to say that they can work with each other again.

As for the other candidates, they could still make their case for the Nets job. Marc Jackson, the former coach of Steph Curry and Klay Thompson with the Warriors, is itching to get back on the sidelines again. However, Bleacher Report’s Eric Pincus reported that a Western Conference executive said that Jackson is more suited for a younger team.

"He's better suited for a younger team. I don't think he's a good X and O's guy. When he was the Warriors coach, they ran nothing offensively. They just isolated all the time. I think you saw a huge difference with Kerr because he preached ball movement and action away from the ball. Mark is a very good motivator, but vets like Kyrie and KD would see right through him.

The times have passed Jackson.”

Jeff Van Gundy could be better suited for the Nets, primarily because of his experience handling the bright lights of New York. He led the Knicks to a Finals appearance in 1999, but lost to Gregg Popovich and the San Antonio Spurs. Van Gundy has been coaching the USA Men’s Basketball Team for years now, particularly when the international games are in conflict with the NBA schedule, forcing the team to enforce a squad composed of G League players.

Tom Thibodeau’s name has also floated around, but Marc Stein of the New York Times reported that the former Chicago Bulls and Minnesota Timberwolves head coach is “solely” a candidate for the Knicks’ coaching job.