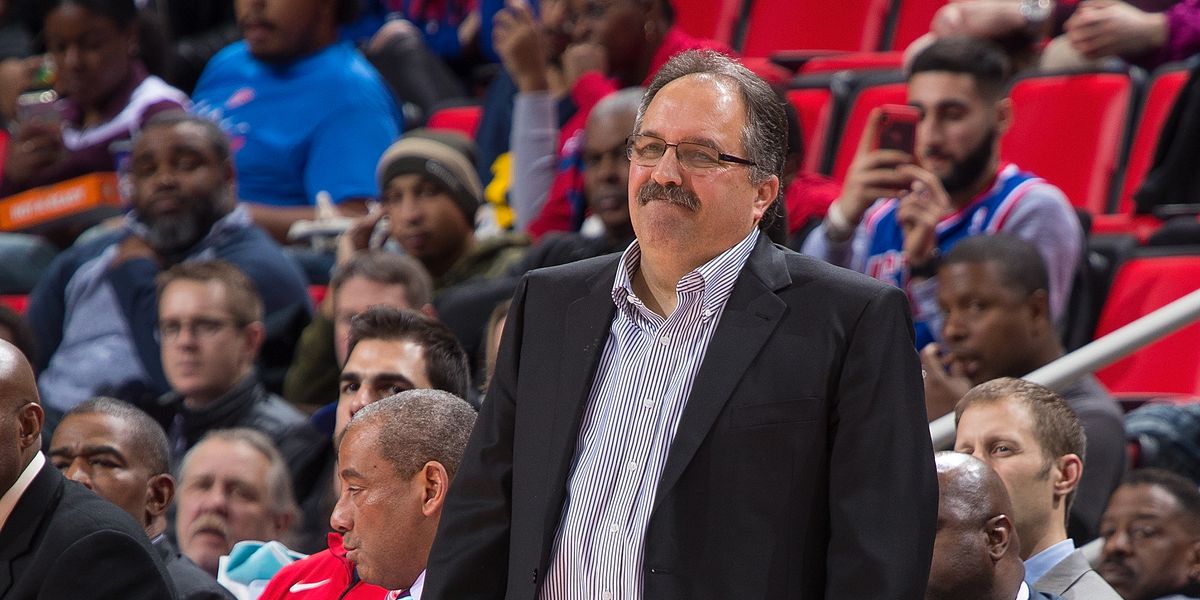 The New Orleans Pelicans have found the man to lead the team in the Zion Williamson era. The Pelicans hired veteran bench tactician Stan Van Gundy as their new coach, multiple reports confirmed. Van Gundy will be making his return to coaching after recently working as an analyst for TNT.

According to Adrian Wojnarowski and Andrew Lopez of ESPN, Van Gundy agreed to a multi-year deal with the Pelicans on Wednesday. The 61-year-old mentor replaced Alvin Gentry, who was given the pink slip after their NBA bubble exit. SVG will be the seventh coach in franchise history, and it will be his fourth head-coaching sting after spending several years with the Miami Heat, Orlando Magic, and most recently with the Detroit Pistons.

Van Gundy will inherit a team that has a promising future ahead of them. New Orleans has Brandon Ingram, who was named as the 2020 NBA Most Improved Player this season, and also Zion Williamson, who is expected to become the face of the franchise in the next several seasons. The veteran head coach confirmed the development, and expressed excitement about handling the Pelicans.

"I’m excited to join a talented New Orleans Pelicans team," Van Gundy said on Twitter. "It will be an honor to work with our players and to work for Mrs. Benson and David Griffin, Trajan Langdon, their staff and the great people of New Orleans. I can’t wait to talk to our players and get the process started."

Wojnarowski and Lopez reported that the Pelicans front office were swayed by Van Gundy's reputation as a "teacher of the game" during his previous stints with the Heat, Magic, and Pistons. The Pelicans have made it no secret that they were looking for a coach who could help their young players develop quickly.

Aside from Ingram and Ball, the Pelicans also have Lonzo Ball and Josh Hart, who were both acquired from the Los Angeles Lakers during the Anthony Davis trade. New Orleans also has last year's lottery picks Jaxson Hayes and Nickeil Alexander-Walker. They also own the 13th pick and three second-round picks in the 2020 NBA Draft. Jrue Holiday leads the veteran crew along with JJ Redick, who played under Van Gundy in Orlando earlier in his career.

The Pelicans were also impressed with Van Gundy's ability to turn his squad into a defensive-minded team. In eight of his 11 seasons as a head coach, his team ended up in the top 10 in defensive rating, and in the upper half of the rankings in 10 of those 11 seasons. His previous stint with the Pistons was mired by questionable personnel decisions, but he also managed to turn Detroit to a playoff team.

According to William Guillory of The Athletic, the Van Gundy hiring is an indication that the Pelicans want to become a perennial contender soon. While he does not expect Van Gundy and the front office to admit that they want immediate results, Guillory is convinced that the Pelicans are now in a win-now mode and will do anything they can to speed up their rebuilding, which started after they traded Davis to the Lakers.

"When he walks into the building and gets a roster of this caliber to work with,  anything less than immediate playoff contention will be viewed as a failure," Guillory said of Van Gundy. "That’s what comes with the territory, especially with a talent such as Williamson making his ascension. And it’s doubtful Van Gundy would have left his cushy job as an analyst on TNT to take on a rebuilding project."

Pelicans executive vice president of basketball operations David Griffin admitted that he was frustrated with the result of their campaign last season, citing bad habits from top to bottom. The Pelicans were tipped to make a noise during the NBA Restart, but they went 2-6 in the bubble and was immediately eliminated from playoff contention.

Pacers president of basketball operations Kevin Pritchard said that they are very excited to work with Bjorkgren and the organization is looking forward to having a long relationship together. The Pacers considered several candidates, but they felt that Bjorkgen's championship pedigree made him the best fit to Indiana.

"This was an extensive and thorough search, and when we reached the conclusion, we felt strongly Nate is the right coach for us at the right time," Pritchard said. "He comes from a winning background, has experienced championship success, is innovative and his communication skills along with his positivity are tremendous. We all look forward to a long, successful partnership in helping the Pacers move   forward."

Bjorkgren worked as an assistant coach for the Raptors and head coach Nick Nurse in the past two seasons. He was a vital part of their title run last year, when they pulled off a stunning upset against the Golden State Warriors. But even before working for the Raptors in the past two years, Bjorkgren has long worked with Nurse in the NBA G-League. The new Pacers head coach expects to turn the Pacers into an exciting team to watch starting next season.

"We'll be a fun team to watch," Bjorkgren said of the system that he will utilize in Indiana. "You're going to see a lot of movement on both sides of the ball. My philosophy on the defense is to change and to change quite frequently. There are many times during a game that you can change, whether it be out of a timeout, quarter breaks, during free throws. I think that is the disruptive part."

The Pacers made the playoffs in the past five seasons under McMillan. However, Indiana failed to get past the first round in each of the past five playoff stints. The Pacers ended up as the fourth seed in the Eastern Conference standings last season, but they were swept by the Miami Heat in the opening round of the playoffs. McMillan was tipped to return for another year, but the front office had a change of heart and decided to fire the veteran coach.

But despite failing to win a first-round series in the past five years, Bjorkgren said that he did not have a hard time deciding to accept the Pacers coaching job. He marveled at the current roster of the Pacers, which is led by All-Stars Victor Oladipo and Domantas Sabonis. Pacers forward TJ Warren also showed tremendous upside during his NBA bubble stint, where he averaged 31.0 points and 6.3 rebounds in six seeding games.

"I had wanted this job so bad because of the talent on this team, the work ethic in these players and this organization," Bjorkgren said. "But man, after last night and today and talking to them on the phone and exchanging text messages. It gets me even more excited. This team is ready. They're great basketball players, but they're even better people. Just talking to them on the phone and getting to know them even a little bit more in the last 24 hours has been special to me."

There will be challenges right away for Bjorkgren because there are talks about a possible trade involving Oladipo, who could eventually walk away in 2021 when he becomes a free agent. However, Bjorkgren said that he has already talked to the All-Star guard and had a great conversation about the stuff that they need to work on next season. Oladipo averaged just 14.5 points last season, which was his lowest since his rookie season.

Bjorkgren will also have to address the questions about their frontcourt duo of Sabonis and Myles Turner, who struggled to play together last season. However, the 45-year-old coach is confident that the two big men can co-exist, similar to how Serge Ibaka and Marc Gasol thrived together in Toronto during their championship season.

"When you talk about those two bigs, they're not just any two bigs," Bjorkgren said. "They are very dynamic and they complement each other very well. From Domas being able to just put so much pressure on the game. I just know coaching against him in the past, his ability to screen and dive hard and how physical he is."

Sabonis averaged 18.5 points and 12.4 rebounds to go along with 5.0 assists in 62 regular-season games last season but failed to play in the playoffs due to a foot injury. Turner, on the other hand, posted 12.1 points and 6.6 rebounds, which was lower than his averages of 13.3 points and 7.2 boards in 2019.