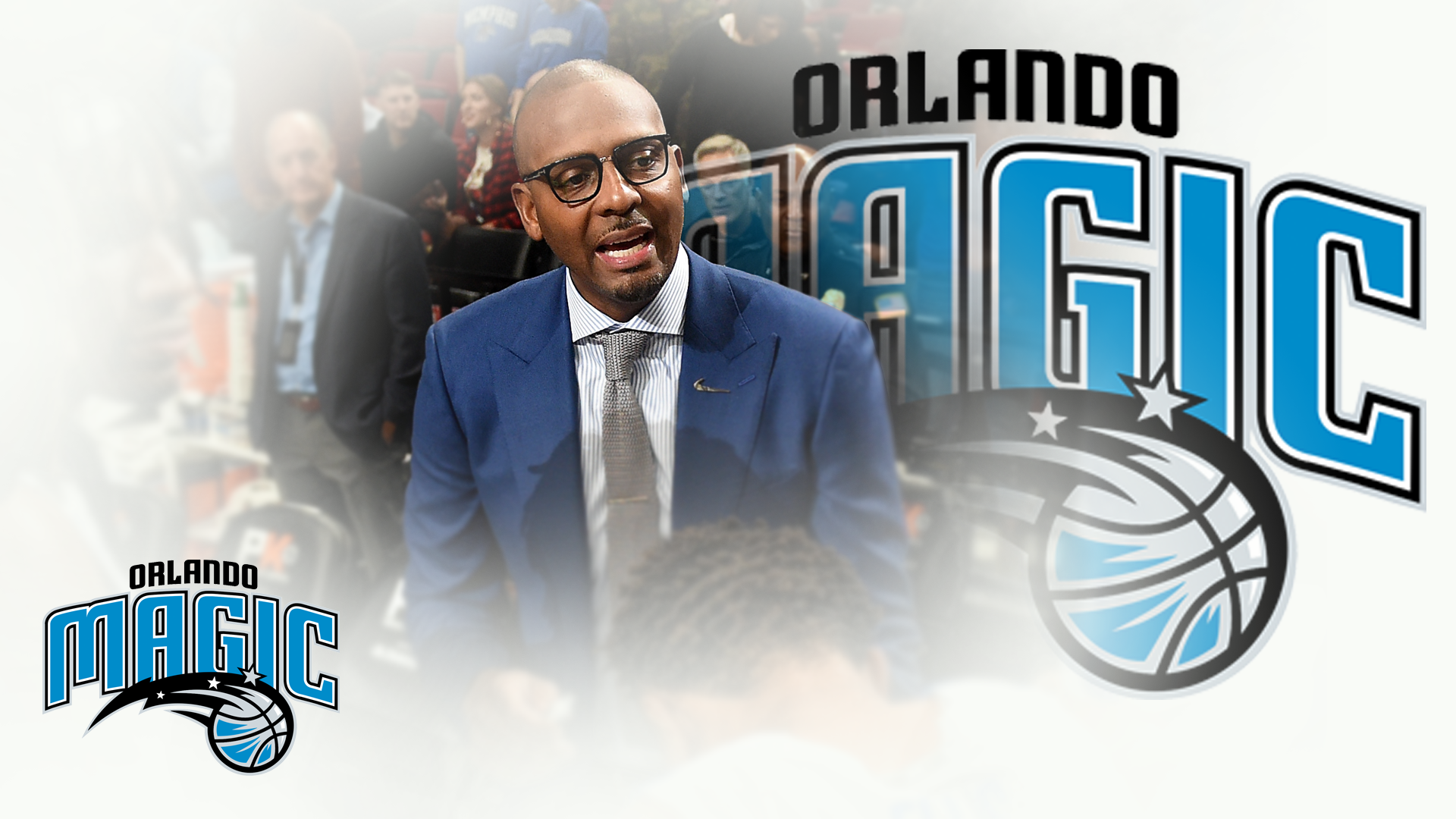 The Orlando Magic’s lofty plans of bringing in former player Penny Hardaway as their new head coach have hit a dead end. It has become apparent that the former All-Star point guard has passed up on the opportunity to coach the Magic, and will remain as the head coach of the Memphis Tigers, a collegiate team in the NCAA Division 1.

As per a column written by staff writer Jeff Borzello of the ESPN, Hardaway said in an Instagram video that he is staying in Memphis, where he has been coaching young college basketball players for three seasons now. Hardaway reiterated that while it is true that he is not closing his doors on the possibility of coaching in the NBA sidelines, it is also a fact that he has decided that it will be better for him to stay put in the NCAA, at least for the immediate future.

"One day, in the future, I would love to coach in the NBA, and wouldn't it be great if it were the Orlando Magic?" Hardaway said in an Instagram video. "But today isn't that day.

Today I'm here with my players, with the fans, with the city, working as hard   as I can to try and bring us a national championship, and that's what I set out to do, and that's what I want to do," Hardaway said in the video. "So for all the fans that have rocked out with us, cheered with us, that are rocking with us, through wins and losses, cheering us on, fighting for us and staying loyal, thank you so much. And I'm doing the same thing. I'm going to be here. I don't want you guys to be afraid that I'm going anywhere."

Hardaway, the third overall pick in the 1993 NBA Draft, had a very productive career as one of the best combo guards that the league has seen in its entire history. Hardaway headlined that year’s top prospects, along with Chris Webber, Shawn Bradley, Allan Houston, Isaiah Rider, Vin Baker, Calbert Cheaney, and Bobby Hurley. The other names in that year’s draft class that made waves in the league are Sam Cassell, Jamal Mashburn, Nick Van Exel, Lucious Harris, George Lynch, Rodney Rogers, Scott Burrell, Bryon Russell, and point guard Lindsey Hunter.

Right from the get-go, Hardaway introduced himself as an elite prospect by putting up a tremendous all-around stat line of 16.0 points, 5.4 rebounds, 6.6 assists and 2.3 steals per game during his rookie year with the Magic. He produced quite a partnership with then-Magic star big man Shaquille O’Neal, who was still at the peak of his physical abilities and prowess back then.

With his unique skill set of being an excellent weapon on both ends of the floor, Hardaway notched his first All-Star appearance in just his second year in the league. During the 1994-95 NBA season, he tallied tremendous averages of 20.9 points, 4.4 rebounds, 7.2 assists and 1.7 steals per contest, while also accepting the difficult task of defending the best perimeter player on the opposing team. Hardaway would notch three more selections in the All-Star festivities, but consecutive injuries on his knee hindered him from adding more to his total.

Even though his career was hounded by injuries, Hardaway was still known out there as one of the most complete guards to ever suit up in the NBA. He is still a widely-known figure, especially in Orlando. That is the main reason why Josh Robbins of The Athletic thought that a potential Hardaway hiring for the team’s vacant head coach role could have provided the Magic fan base a huge reason to be excited about, something that has been severely lacking in the franchise in the past several years.

There's no question that Hardaway's presence would energize and excite fans. Having a high-profile coach could help the franchise if, as expected, the team continues to struggle in the early stages of its rebuild. But the Magic's coaching hire is critical for reasons beyond generating a buzz among the fan base. The Magic must develop their young nucleus of players.

The coaching hire, as well as her or his assistant coaches, must ― absolutely MUST ― create a culture of accountability. Holding young players accountable is difficult in a situation where a team is just beginning a rebuild. Those young players typically attempt to earn spots in the pecking order and are attempting to earn their next contract, creating obstacles for the coaching staff.

On top of all these, Hardaway is also a good coach, something that people do not talk about. Since taking over the basketball program at Memphis in 2018, Hardaway has steered the team to three winning seasons, compiling a decent record of 63 wins against 32 defeats. He has been instrumental in recruiting top prospects to play for Memphis, a great indication that he has the personality and the capability to attract star talent to play for him and his coaching staff.

But more than his ability to recruit elite talented players to come play for him, Robbins also pointed out that Hardaway has established a credibility of being able to connect well with all of his players. That is a gift that not all coaches have, and that is exactly the type of leadership that this very young Magic squad needs from their new head coach.

Hardaway has received generally strong reviews for his tenure at Memphis. He's said to have connected well with his players, and connecting with players will be a critical task for Orlando's next coach. Clifford and his assistant coaches connected with their players, got those players to buy in to their vision and held the players accountable. Clifford's successor must do the same.

But in many ways, the next coach's task will be more difficult along those lines. The rosters Clifford worked with had the talent and the experience to challenge for playoff spots. The Magic's current roster most likely is a few years away from reaching that stage.

As for the whole Magic front office and organization, it is without a doubt that they have tons of work to do this offseason. By trading away key players like All-Star big man Nikola Vucevic and versatile combo forward Aaron Gordon, the Magic is obviously headed towards a rebuilding era in their franchise.

With the exception of this season, they haven’t been bad the past few years. In fact, they made it to the Eastern Conference playoffs in 2019 and 2020 under the leadership of then-head coach Steve Clifford. But even if they booked a coveted ticket to the postseason, it was evident that the Magic’s ceiling was only the first round of the playoffs. Sure enough, they bowed out of contention after the first round in each of those series.

This season, the Magic finished with a measly record of 21 wins against 51 defeats. It was clear early this year that they do not have the right pieces to truly contend for a playoff spot, so it was understandable why the Magic front office opted to trade their key cogs in exchange for more assets and young talented players. Vucevic, who has been the cornerstone of the franchise in the past several years, is now suiting up for the Chicago Bulls. Gordon, who has been with the team since 2014, is now playing with Jamal Murray, Michael Porter Jr., Nikola Jokic and the Denver Nuggets in the stacked Western Conference.

As per Zach Kram of The Ringer NBA, the fact that the Magic willingly let go of Gordon means that they are heading towards a new direction. The high-flying combo forward has been in the trade radar of other teams for years now, but the Magic was reluctant in moving him. It was perfectly understandable because of the potential that Gordon has in terms of his growth as a two-way star. Kram said that even though the Magic has let him go, it does not take away that Gordon still has the potential to be an All-Star down the road. After all, he is only 25 years of age. Gordon still has a lot of room left to grow, especially in terms of producing a more consistent jumper and exhibiting smarter instincts on the defensive end of the floor.

Gordon has been involved in so many trade hypotheticals at this point, for so long, that it’s easy to forget he’s only 25 years old. The Idea of Aaron  Gordon—the tantalizing potential that the former no. 4 pick would develop  into the perfect combo forward for the pace-and-space era—is still very much alive, and perhaps perkier than ever now that Gordon joins a team with such a strong recent track record of player development. Like Harris, Gordon will  bring a spotty shot to Denver’s rotation; although he’s up to 37.5 percent on  3-pointers in a small sample this season, his career mark is just 32 percent,   and he’s never been above 35 in a single full season. (Remember the start of the 2017-18 season, when he shot 60 percent from distance over 10 games? That didn’t last.)

Yet Gordon brings much more to the table. The priority is his defense: At 6- foot-8 and 235 pounds, with acres of athleticism, Gordon is now the Nugget most suited to defending the LeBrons and Kawhis of the world should Denver face an L.A. team in the playoffs. Given the current standings and the Lakers’ injury woes, that clash could come as early as the first round—and with Paul Millsap aging and Jerami Grant in Detroit, the Nuggets didn’t have anyone, before Thursday, remotely capable of winning that matchup.

But with their veterans and key players being moved, it is now time for the team’s young players to step up to the plate. This is the perfect chance for them to continue building up on their individual progress, while also gaining much-needed experience from them to grow on the court. After all, playing against the best is still the greatest path towards individual development, and the Magic’s young guns will get a lot of playing time next season.

Headlining the Magic’s roster next season will be Jonathan Isaac, who is set to return after missing the entirety of the year due to a major knee injury. Markelle Fultz was also ramping up his production before he suffered the unfortunate ACL injury that forced him to sit out the majority of the Magic’s campaign this season. Cole Anthony is also coming off a spectacular rookie year in which he normed an all-around stat line of 12.9 points, 4.7 rebounds, and 4.1 assists per contest.

In the trades that they made this season, the Magic also received young talented assets like Wendell Carter Jr., Gary Harris and R.J. Hampton. There is still plenty of things to be excited about in Orlando, but they also need to find the right coach to tap into the potential of these young players and bring out the best of their abilities.