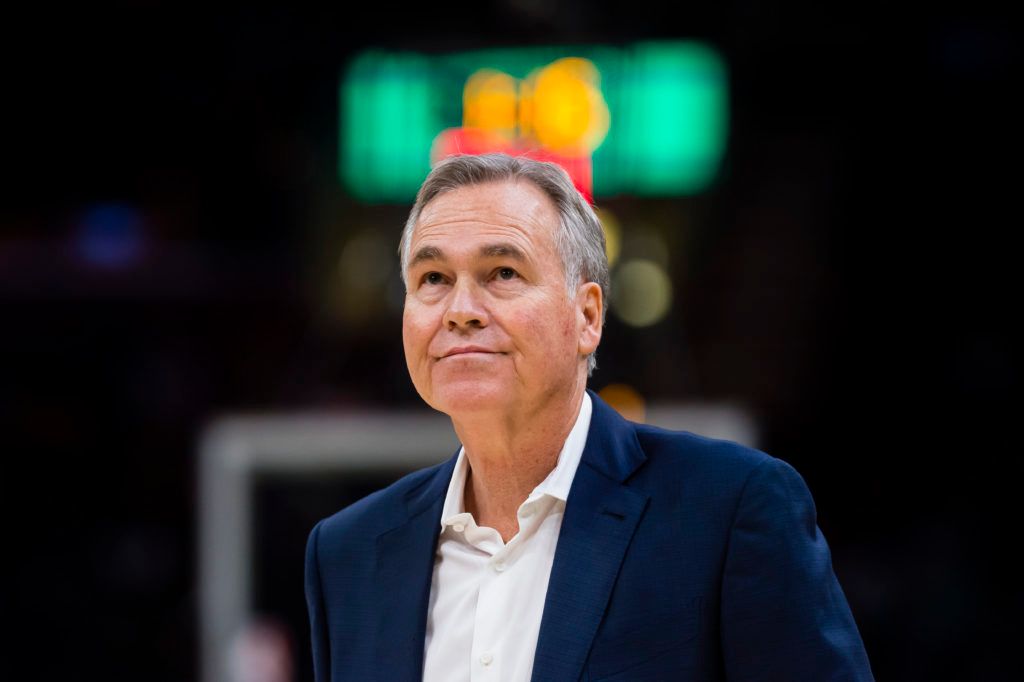 NBA Coaching Report: Rockets Could Be Getting A New Head Coach In 2020

D’Antoni highly-unlikely to return to Houston next season

There’s no doubt that the Houston Rockets have gained a lot of success under current head coach Mike D’Antoni. They have been a consistent elite championship contender since D’Antoni took over in 2016, and were a game away from booking a seat in the NBA Finals during the 2018 playoffs.

However, Sam Amick and John Hollinger of The Athletic recently reported that the D’Antoni era could be put to an end if the Rockets again fail to win the championship this season.

“Barring a Rockets championship that could spark a kumbaya healing of sorts and inspire [Rockets owner] Fertitta to open his wallet to meet that sort of moment, a source with direct knowledge of these dynamics expressed serious skepticism that D'Antoni would return after this season. To be more precise, the chances – per the source – are currently seen as "slim."

Under D’Antoni’s leadership in the last three seasons, the Rockets have compiled a total record of 173 wins against only 73 losses. They put up a franchise-best 65-17 record during the 2017-18 season, the same year when they reached the Western Conference Finals. They are currently sporting a 15-8 win-loss card to start this year, as D’Antoni begins his experiment focused on the star backcourt duo of the Rockets, James Harden and Russell Westbrook.

This development doesn’t come as a surprise anymore. D’Antoni already had contract disputes with the Rockets front office last summer, resulting to a stand-off regarding the former’s potential contract extension. As per NBC Sports’ Dan Feldman, team owner Tilman Fertitta emphasized that Houston actually made an offer, only to be turned down by D’Antoni’s agent.

"I think his agent did me a favor, OK?  Because if for some reason we had a horrible year and thought we needed to make a coaching change. We just got through paying off one of the other coaches, I believe. So, I hope we win a championship and Mike comes and puts a gun to my head."

The 68-year old D’Antoni has been in the league since 1997. He has previous head coaching stints with the Denver Nuggets, the Phoenix Suns, and the New York Knicks. He is famous for installing the “seven seconds or less” pace-and-space type of offense during his years with the Steve Nash-led Suns. One could even point to D’Antoni as one of the great influences on today’s very fast-paced offensive game.

This news also comes at the heels of the recent firing of Knicks head coach David Fizdale. While D’Antoni expressed his disappointment that a good coach like Fizdale has been sacked like that, he also reiterated that the NBA is still a business affair, per Jonathan Feigen of the Houston Chronicle.

With Harden putting up all-time best numbers, the Rockets are still primed to be a serious contender in the playoffs. But with the Lakers and the Clippers deemed as heavy favorites to win the West, D’Antoni and his squad do have a tough hill to climb.

Boylen still disliked by his players

With a very young roster that is lacking an All-Star credentialed player, the Chicago Bulls are still finding it hard to rack up wins this season. They have only won eight of their 25 games, and the frustrations are understandably piling up for one of the proudest organizations in all of basketball.

But more than that, the internal conflict within the team continues to heat up. Hollinger and Amick report that Bulls players are still far from being in great terms with their second-year coach.

“Sources say Boylen remains unpopular in the Chicago locker room, which isn’t surprising given that his tenure began with a near-mutiny over his grueling practices and formation of the much-derided “Leadership Committee.” His unpopularity with the players would be the driving force behind any move by management, who otherwise seem satisfied and gave him an extension before the season.”

Of course, these frustrations only come up when you are losing. Boylen is known for being a tough, traditional type of coach who still holds lengthy practice sessions for his players. Exhausting practices are not that common in the NBA, especially with how their 82-game regular season schedule already places a lot of mileage on their bodies. We also witnessed how the team’s star player Zach LaVine hinted out that he doesn’t trust Boylen just yet.

So, could the Bulls front office show the door out for Boylen this season? Apparently, team president John Paxson has his belief that Boylen can still turn things around and build a winning culture moving forward.

“League sources say that team president John Paxson remains a fan of Boylen’s tough-love approach despite the disappointing results thus far. Part of the blame for the slow start can also be shared by injuries to Otto Porter and Chandler Hutchison that left the team with no real small forwards. Boylen’s defensive scheme has drawn plenty of criticism, especially since it’s an odd fit for a big lineup that aside from Thaddeus Young lacks fleet-footed bigs.”

But then again, this is still a young team. Even before the season began, the Bulls were not expected to really compete in the East. Unfortunately for Boylen, he has failed to win the hearts of his players, something that could pull him down when the Bulls management starts to consider a coaching change. K.C. Johnson of NBC Sports Chicago reported that the team’s home attendance during a loss against the Toronto Raptors was down to 14,775, their smallest count since 2004.

With that said, the Bulls front office should already feel a rising pressure to deliver results. It remains to be seen if they would view Boylen as a casualty or an asset beyond this season.

Becky Hammon, a WNBA legend point guard and a current assistant coach for the San Antonio Spurs, has expressed her interest to coach the New York Knicks if given the opportunity. Since firing Fizdale a week ago, the Knicks have promoted assistant coach Mike Miller to an interim head coach position. However, it’s unlikely that Miller will retain that spot come 2020.

With that said, CNBC’s Jabari Young and Ganesh Setty recently reported that Hammon will be interested in taking the head coaching job should the Knicks front office offer her a long-term deal.

“San Antonio Spurs assistant head coach Becky Hammon is also an interesting name, and according to a league source, the former New York Liberty guard would  have interest in coaching the Knicks if she could land a long-term deal, with the belief a four- or five-year deal would be sufficient.”

A decorated professional basketball player in the WNBA where she played for the New York Liberty and the San Antonio Stars, Spurs head coach Gregg Popovich took her under his leadership in 2014. She was installed as the team’s head coach in the Summer League, and she navigated her squad to the title during the 2015 Las Vegas Summer League.

Two-time NBA champion big man Pau Gasol, who played with the Spurs from 2016-2018, says that Hammon has the ability to coach in the NBA.

"I’ve played with some of the best players of this generation … and I’ve played under two of the sharpest minds in the history of sports, in Phil Jackson and Gregg Popovich. And I’m telling you: Becky Hammon can coach".

That is indeed a rousing recommendation for Hammon, who also became the first female coach to be included in an All-Star game coaching staff. It could also be noted that the Milwaukee Bucks interviewed Hammon for their general manager position in 2017, but nothing was inked on paper after that meeting.