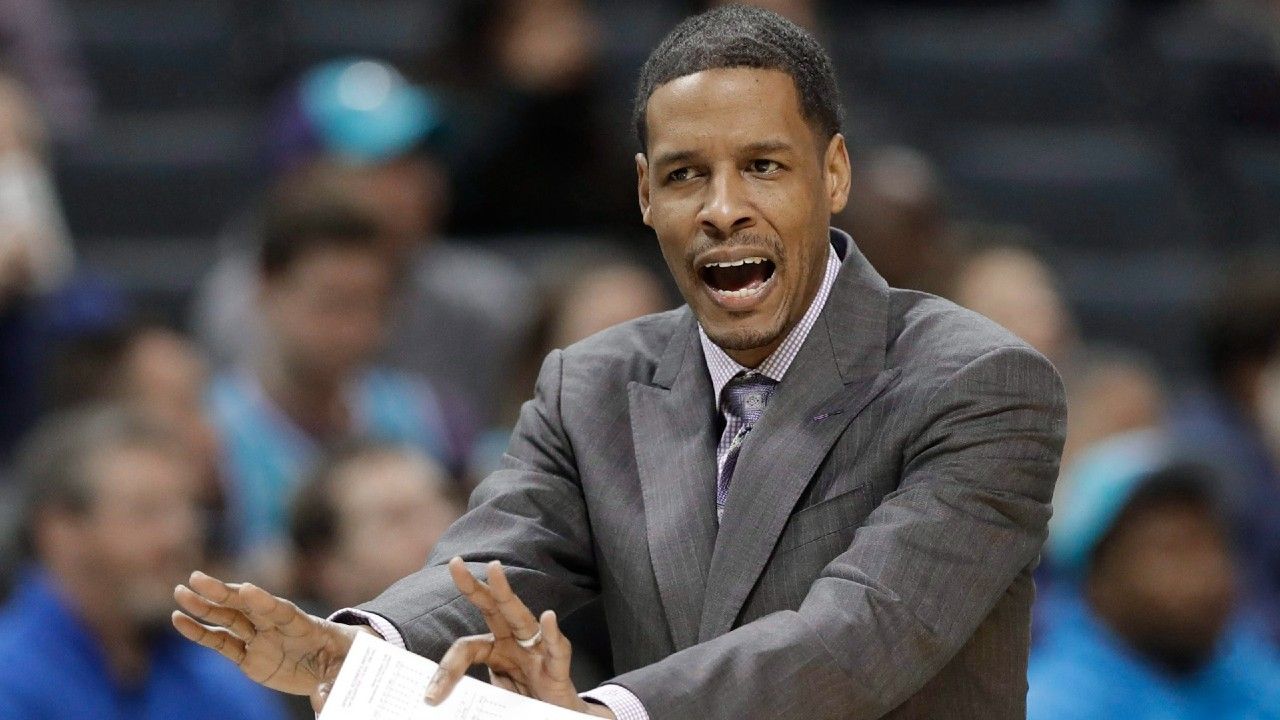 The Houston Rockets made major changes this offseason following their early exit in the 2020 NBA Playoffs. Houston was one of the favorites to win the title last season, but they were hardly a threat to the eventual champions Los Angeles Lakers, who eliminated the Rockets in the second round in just five games. The Rockets have a new general manager in Rafael Store and new head coach in Stephen Silas, but their vision remains the same.

Silas, a former Dallas Mavericks assistant coach, was recently hired to replace veteran head coach Mike D'Antoni. The 47-year-old coach has no previous coaching experience but has been praised for his work as Rick Carlisle's offensive coordinator in Dallas. But while he is coaching in his first season in the league, Silas said that his mindset is to win a title immediately, which was the goal of the Rockets in the past several seasons.

"For me, it being my first head-coaching experience and being in a win-now situation, that's great," Silas said via ESPN. "I'm a win-now coach. To not have to deal with growing and all that type of stuff, to think championship right away, is exciting for me. And I'm prepared for it and ready for it."

Silas has the support of the front office, which will be led by Stone, who has worked under former general manager Daryl Morey for several years before being promoted this offseason. Stone said that winning a championship has been the target over the past eight years and it will not change, saying that they are close to the goal because they have superstar James Harden, who is considered as the best scorer in the league.

"For the last eight years or so, our goal has been to win a championship because we had James Harden," Stone said of their goal next season. "We've still got James Harden. Our goal is still to win a championship, and if you've got him, you're halfway there. It's incumbent on me and Stephen and the whole team to figure out the rest of the whole, but the key piece is there."

Following their exit and the departure of both D'Antoni and Morey, there were speculations that the Rockets will break the duo of Harden and Russell Westbrook. Westbrook was acquired by the Rockets in a blockbuster deal with the Oklahoma City Thunder last year. His arrival improved Houston's title odds, but the former NBA Most Valuable Player failed to live up to expectation after posting just 17.9 points and 7.0 rebounds in the playoffs.

Harden was also mentioned in recent trade rumors linking him to a potential move to the 76ers, whose front office is now led by Morey, the team's president of basketball operations. However, Silas reiterated that he expects both Harden and Westbrook in the team next season. The rookie coach said that he has already talked to both superstars and he admitted that the duo was the reason why he wanted the Rockets coaching position.

"As far as James, he’s our guy. In the interview process, I talked to both James and Russ, and let them know that the reason I want this job is because of them," Silas said on ESPN's First Take. "I expect those guys to be here. I haven’t heard anything else to the contrary. That’s how I feel about it, and that’s how it’s going to be."

As for tweaking the offense of the Rockets, Silas said that he will not come to Houston to change the offensive structure from top to bottom. Houston relied heavily on isolations, utilizing the ability of both Harden and Westbrook. The Rockets were also known for playing small ball, which started when they traded Clint Capela before the deadline and played 6-foot-5 forward PJ Tucker as their starting center.

Silas said that revamping the whole offensive structure does not make a lot of sense because the Rockets were sixth in offensive efficiency last season with 112.5 points per 100 possessions, per ESPN. However, he insisted that he will insert his own philosophy on offense, which he thinks will make it easier for everyone, particularly their superstar duo, to dominate on the offensive end of the floor.

"They were sixth in offense, and for me to come in and make wholesale changes, that doesn't make sense to me," Silas said. "What I will do is try to make it a little bit easier on those guys, put in a few little actions that will make the defense have to make decisions and make them a little bit harder to guard. Be a little bit more versatile on the offensive end and, again, let those guys to their strengths but make tweaks here and there so we can make that jump from the sixth-best offensive team to first."

It remains to be seen how the roster will look like on opening night, but it is worth noting that they are unlikely to acquire marquee free agents due to limited cap space. However, Stone insisted that they will be "extraordinarily aggressive" on the trade front and free agency this offseason. He also hinted that the Rockets might abandon their small-ball philosophy and will likely add a player over 6-foot-7 to bolster their frontcourt next season.

The Chicago Bulls continue to bolster their coaching staff, strengthening their bid to become a playoff teams in the Eastern Conference. Following the well-praised hiring of former Oklahoma City Thunder coach Billy Donovan as their new coach, the Bulls agreed to add veteran coach Mo Cheeks as an assistant. The hiring did not come as a huge surprise because Cheeks was the right-hand man of Donovan during his five-year stint in Oklahoma.

Darnell Mayberry of The Athletic, who has had a lot of experience with Cheeks, expects the Hall of Famer to bring a positive impact to the organization outside of the usual Xs and Os. Mayberry recalled an incident that he tagged as one of the most memorable moments of the Chicago native during his stint in Oklahoma. He said that Cheeks successfully controlled then-Thunder star Russell Westbrook when he was having a meltdown.

"A turnover led to a disagreement among teammates, which lead to tensions rising," Mayberry said. "Westbrook, fuming following a timeout and a benching, stormed into the tunnel in the middle of the game. Cheeks sat with Westbrook on the end of the bench, the only guy with Westbrook’s ear in that emotional moment. And when Westbrook stormed off, Cheeks gave chase. It’s those little, everyday contributions that  Cheeks will now bring to his hometown team."

Mayberry thinks that Cheeks' ability to connect to players because he is a former player would be crucial in his stint in Chicago, where he is expected to work with young stars like Zach LaVine, Coby White, Lauri Markkanen, and Wendell Carter Jr. Former Thunder forward Nick Collison previously praised Cheeks for his way of building relationships with his players.

Former Thunder head coach Scott Brooks, who is now coaching the Washington Wizards, also had nothing but praises for Cheeks back then. Brooks said that he loved how Cheeks thinks of the game and his very systematic approach in terms of team development. The veteran coach added that Cheeks was instrumental in making sure that the team and the players are improving on a monthly and yearly basis.

On the other hand, aside from the intangibles, Joe Cowley of the Chicago Sun-Times believes that Cheeks would be a great mentor for the guards of the Bulls, particularly Kris Dunn. Throughout his playing career, Cheeks had the reputation of being one of the best defensive guards in the league. His arrival would be a plus for Dunn if the Bulls keep him, and also for White, who is primarily known for his scoring.

"The 76ers drafted Cheeks in the second round in 1978, and he went on to become a four-time All-Star and a four-time selection to the All-Defensive first team. He was inducted into the Hall of Fame in 2018," Cowley said. "If the Bulls decide to keep defensive-minded point guard Kris Dunn in the mix, Cheeks would be a mentor for him. But even if Dunn isn’t around, expect Cheeks to help Coby White grow into the position. Not only that, but the Bulls’ entire roster will be better defensively."

Chicago finished 14th in terms of points allowed last season and they have nothing to go but up with Donovan and Cheeks. The Bulls are expected to improve from their 22-43 finish last season, which was only good for 12th place in the weak Eastern Conference race. They have a chance to add another future asset to the roster, as they hold the fourth pick in the upcoming 2020 NBA Draft on November 18.