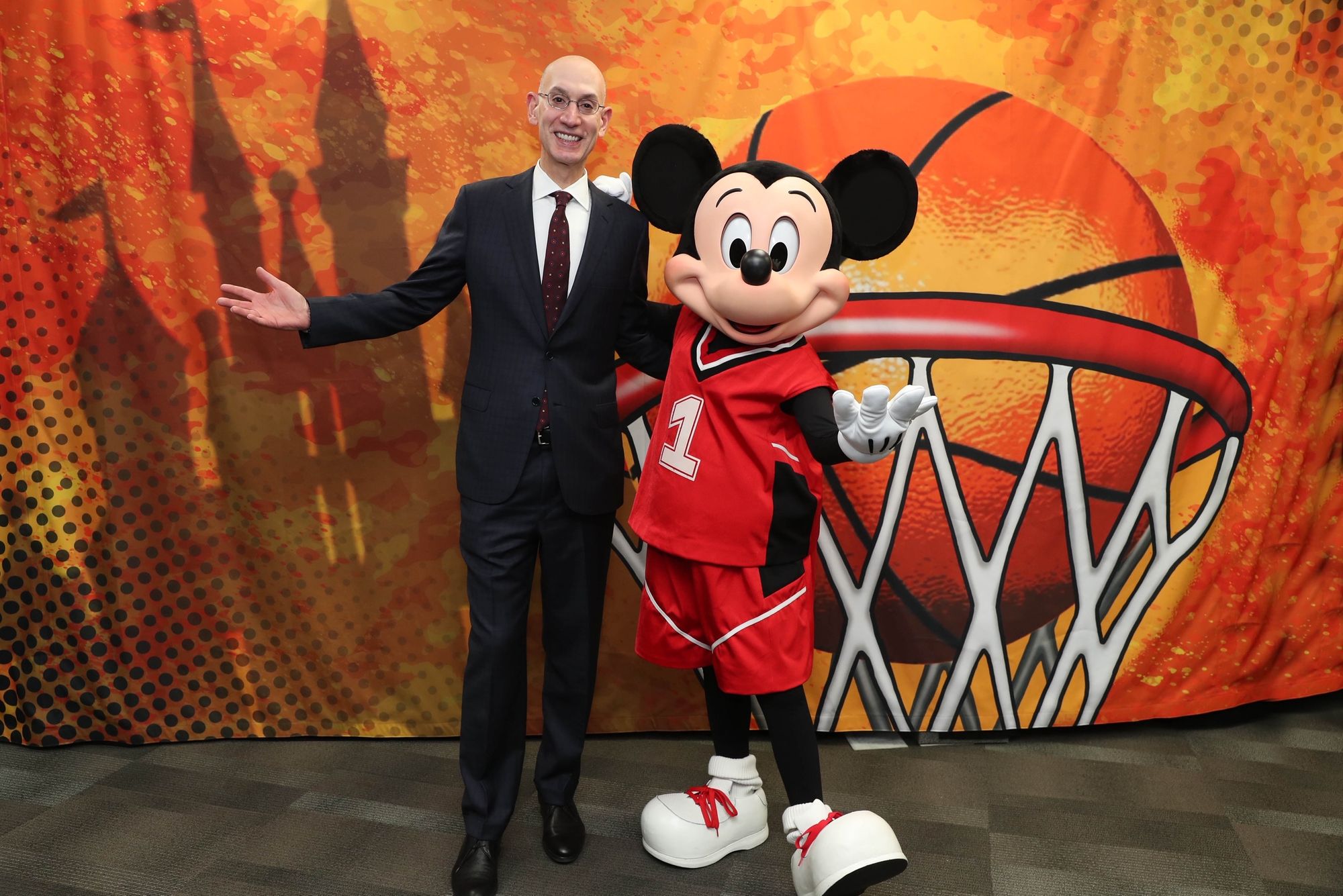 NBA confirms rumors of negotiations with Disney to resume season

It has now been more than a couple of months since we last two NBA teams duke it out on the basketball court. The COVID-19 outbreak has caused the whole world to put a pause on their social activities, and the NBA is no exception. While there has been speculations that the league will put an end to the current season, it is now becoming apparent that the NBA is more inclined on doing everything to salvage the 2019-20 campaign.

In a column written by Ramona Shelburne for the ESPN, it is being reported that the NBA are indeed engaged in “exploratory conversations” with Disney to use the latter’s Florida location as the host of the games. Shelburne included a quote from league spokesperson Mike Bass, who emphasized that the health and safety of the teams are still their primary concerns.

"The NBA, in conjunction with the National Basketball Players Association, is engaged in exploratory conversations with The Walt Disney Company about restarting the 2019-20 NBA season in late July at Disney's ESPN Wide World of  Sports Complex in Florida as a single site for an NBA campus for games, practices and housing. Our priority continues to be the health and safety of all involved, and we are working with public health experts and government officials on a comprehensive set of guidelines to ensure that appropriate medical protocols and protections are in place."

While it’s true that nothing is written on the wall just yet, this gives us hope that the efforts that the teams have exerted this season will not be just for naught. The players, especially those whose teams are positioned for the playoffs, always emphasized their desire to have the season be pushed through.

However, it is understandable why there are some negative perspectives surrounding that goal. Testing has to be in place for each player and coach, whether they are asymptomatic or not. There are also questions regarding how fit each player will be after months of not going through regular workouts and practices.

Then there are also the repercussions that the season resumption will cause to the following year. The optimistic date for the return of the 2019-20 season is on August, which means that the 2020-21 season could potentially start on December. The NBA usually lays out three months for its offseason to give enough time for teams to plan their draft moves and free agency acquisitions, and for players to whip up to shape.

Having said that, Shelburne also reported that the league is bent on allowing teams to practice in June.

“The NBA is discussing a step-by-step plan for a resumption of the 2019-20 season that includes an initial two-week recall of players into team marketplaces for a period of quarantine, one to two weeks of individual workouts at team facilities and a two- to-three-week formal training camp, Wojnarowski reported.

Barring an unforeseen turn of events, many NBA owners, executives and NBPA elders believe commissioner Adam Silver will greenlight the return to play in June --with games expected to resume sometime before the end of July, sources said.”

It will not be an easy road to carve out for the NBA, but all of these are steps headed toward the right direction.

Arguably the best basketball league outside of the NBA, the EuroLeague has officially announced the end of the current 2019-20 EuroCup. The announcement was made through the league’s official website. Here is a statement from the league’s basketball president and CEO Jordi Bertomeu:

"Without a doubt, this is the most difficult decision we have had to take in our 20- year history. Due to reasons beyond our control, we have been forced to cut short the most successful and exciting season in European basketball history. This comes after two and a half months in which all the league's stakeholders maintained their determination and exhausted every possible avenue in trying to deliver a complete and uniquely special season to our fans, whose passion is the driving force for all our efforts. That is our commitment and our passion every single season, and so falling short due to forces beyond anyone's control is what saddens us most. Nonetheless, record-breaking data showing how much our fans enjoyed the games to date gives us more energy than ever to start planning for an even better 2020-21 season.

Obviously, we had many motivations to resume the 2019-20 season, but in such an exceptional situation, we have to put people’s health first and ahead of any other interest: our players, our coaches, our referees, our clubs, their staff, our league staff, our broadcasters, and all of their families. By doing so, we stay true to our beliefs and what we stand for.”

One of the driving forces behind this decision was the league’s concern that players will risk being injured when the games resume. The long layoff could hinder them from staying in shape, and no one should be blamed for that. The EuroLeague made it known that there were plans of giving teams a shortened training camp, but that would definitely not be enough for players to be in competitive, basketball shape.