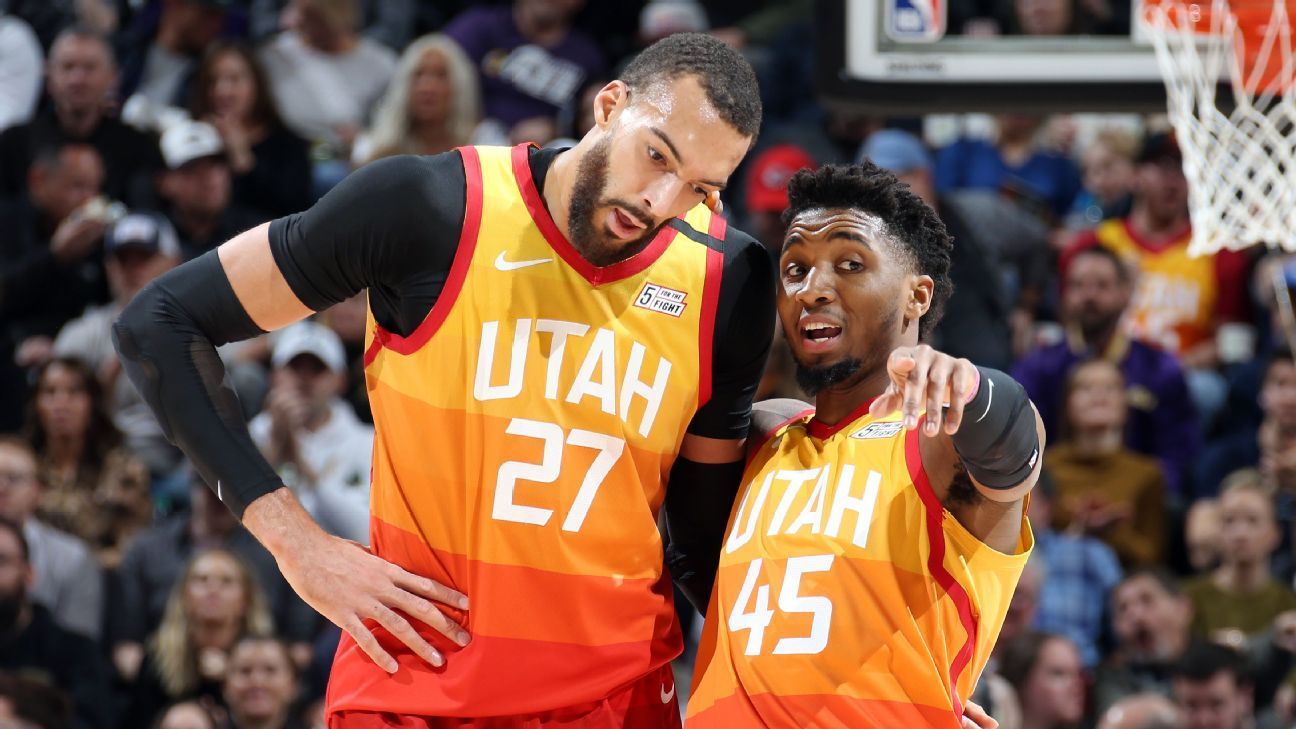 Utah stars now in good terms and ready to compete

A piece of good news awaits Salt Lake City fans as Utah Jazz stars Donovan Mitchell and Rudy Gobert have repaired their relationship and are now “ready to hoop.” The two All-Stars apparently had a “friction” in their relationship following their contraction of the coronavirus last March.

But all is good right now as Mitchell himself emphasized that his relationship with the Jazz defensive big man is doing well, as per Eric Woodyard of ESPN. When Gobert tested positive for the virus, it was widely reported that the French center was “careless” and joked around the locker room by touching the players’ belongings.

I think that'll be really a part of the focus, is just us gelling as a team because  obviously, Rudy and I had COVID and whatever happened, happened, but now we're ready to hoop and focused on the team as a whole because we're not really trying to keep taking attention away from what everybody's got going on. Obviously, we've got Bojan [Bogdanovic] out so we've got some guys that are really looking good and ready to step up and that's what we're really excited about."

Having said that, Mitchell and the Jazz have their work cut out in front of them. They will be going up against Zion Williamson and the New Orleans Pelicans for their first assignment in the season restart at the Orlando bubble. The rest of their schedule will feature match-ups against the Oklahoma City Thunder, Los Angeles Lakers, Memphis Grizzlies, Denver Nuggets, Dallas Mavericks, and two tough games against Gregg Popovich and the San Antonio Spurs.

The Jazz struggled early this season, but has found their groove as the year went on. The trade they made to nab Jordan Clarkson’s services proved to be a turning point as the team found their long-awaited scoring punch off the bench. Veteran point guard Mike Conley, who they acquired last summer, also found his footing in the second half of the season after mightily struggling with his efficiency early on.

But Utah’s hopes of going deeper in the postseason will ultimately rest on the shoulders of their two All-Stars. Gobert is again in the running to bag his third straight Defensive Player of the Year plum. The 7-foot-1 defensive behemoth is averaging 15.1 points, a career-high 13.7 rebounds, and 2.0 blocks per contest. He also bagged his first ever All-Star appearance this season, another great indicator of his impact on both ends of the floor.

Mitchell, who is now on his third year in the league, also notched his first All-Star selection. Mitchell is norming career-highs of 24.2 points, 4.4 boards and 4.2 dimes per game this year. Before the 2019-20 campaign, Mitchell also spent his summer representing Team USA in the FIBA World Cup. While it’s really unfortunate that he tested positive for the coronavirus, the lull time brought upon by the NBA suspension also served as a much-needed break for him.

Going back to the relationship between the two Jazz stars, Mitchell said that he refrained from publicly addressing it. The 23-year old shooting guard reiterated that he wanted to fix it “internally” rather than letting the public feast on what should be a personal thing between him and Gobert.

"I've been going nonstop, really, so now I think this time off has allowed me really just to sit back and just watch. I'm asking questions from guys around the league how they've handled different things and I think it's been a time for me to really just find myself in a way that I've never really found because I've been on the move for so long.

So, it's allowed me to kind of sit there and understand that, one, this is a business. And being a professional, it's going to be highs, it's gonna be lows, and I knew that on the court especially. But off the court, there's so many different things that's going to be things that are great and things that kind of open your eyes and kind of make you sit back and just reevaluate and look at things," he said. "I think that's been the biggest thing for me and just kind of being able to adapt to that without kind of going crazy."

The tension between the two stars came to the point that the Jazz was rumoured to be pondering trading Gobert. But nothing concrete materialized out of those speculations, especially now that the star center is bent on repairing his “scratched” partnership with Mitchell.

The French big man, who is now on his seventh year in the pro ranks, knows that he made a mistake. During a video conference call he had with the media, Gobert emphasized that he learned a lot from the horrible experience. He says that he cannot control how other people look at him, and reiterated that what matters to him right now is what he will do for his teammates on and off the court. (h/t Eric Walden of The Salt Lake City Tribune)

It’s been a process, but I’m happy now that I’m in a good place. And I’m happy that I get the joy back from playing basketball, and my team, and the competitiveness is back. I’m ready to try to go out there and try to win the championship. That’s the goal. And to be honest, after everything we’ve been through as a team and as human  beings, it would be a great comeback.”

As for the other Jazz players, some key cogs within the team reiterate that they are still not “comfortable” in entering the Orlando bubble environment. The NBA has already set out rules and regulations that serve as safety precautions for players, coaches and staff within the Disney World campus.

There are already players like Kyrie Irving, Dwight Howard and Lou Williams who expressed their concerns against the season resumption. They say that the focus should be solely on the fight against social injustice issues, and basketball could eventually become a distraction. Then there is also the grave concern that a widespread of the virus will happen within the bubble environment, something that is a big possibility.

During a Zoom video call Conley had with the media, the veteran playmaker says that leaving his family is really a tough matter to handle. However, Conley also emphasized the importance of possibly competing for the championship and bringing pride to Utah fans.

“Yeah, it was tough. I’m gonna be in a bubble, but yet if I leave to go see my baby born, I’m gonna be quarantined on the way back in, and possibly have to miss a game  or whatever the situation is that we’ll currently be in. There’s just a lot of things that go into play.

But ultimately, my wife understands how much this game means and how much just being able to participate and play for championship means. And we have an understanding that I’ll be able to see her and I’ll be able to, at some point, hopefully be able to be back for the baby and all that stuff. So as long as all that was answered, and the T’s are crossed and I’s are dotted on that situation, I was more and more comfortable going, knowing that I’d be able to be back with them at some point.”

The Jazz, who are currently sitting on the 4thspot in the Western Conference, are sporting a record of 41 wins against 23 losses going into the season resumption.