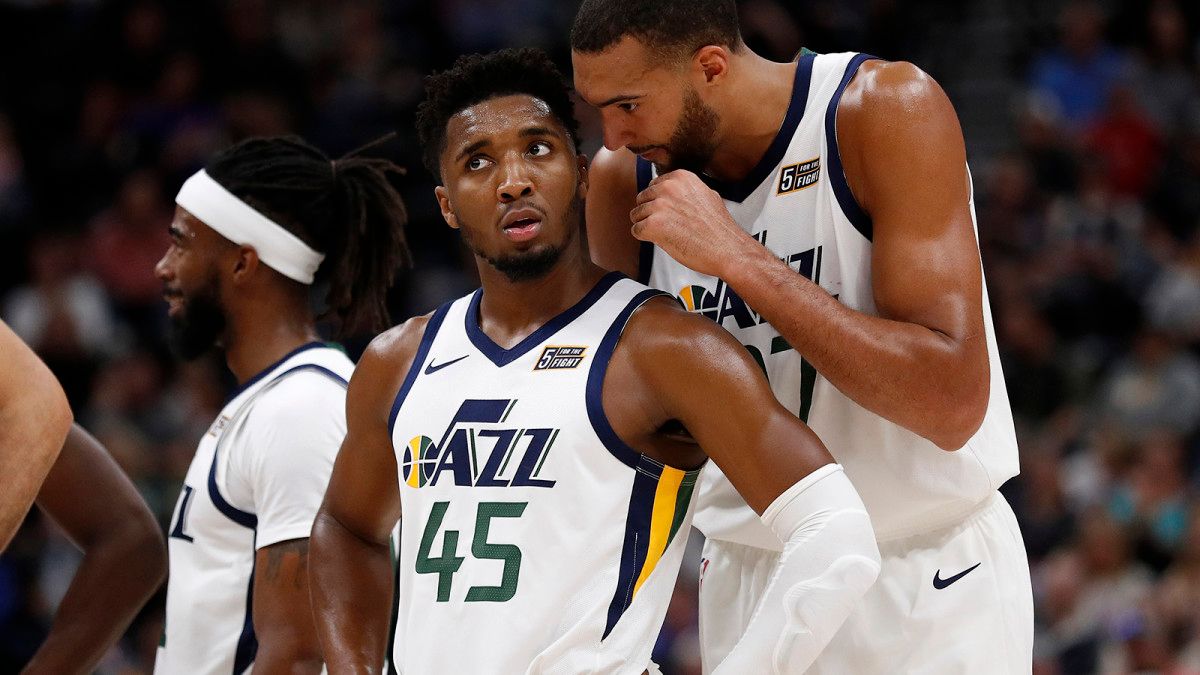 The past couple of days have been a whirlwind of emotions not just in the NBA and the sports community, but throughout the world as well. With lockdown rules and self-quarantine initiatives implement all over the globe, businesses are down and so are the profits of millions of people.

The NBA is not an exception to the rule. Utah Jazz All-Star big man Rudy Gobert tested positive after not feeling well before a game against the Oklahoma City Thunder. That created a big ripple of effect, with his teammate Donovan Mitchell and Detroit Pistons up-and-coming young center Christian Wood also testing positive for the virus. Wood recently went up against Gobert and the Jazz last week, the night when he probably gotten the virus.

With all these said, let’s look at the reactions from arguably the central point of the NBA’s battle with the coronavirus: Gobert, Mitchell and the Jazz organization.

“I want to thank everyone for the outpouring of concern and support over the last 24 hours. I have gone through so many emotions since learning of my diagnosis…mostly fear, anxiety, and embarrassment.

The first and most important thing is I would like to publicly apologize to the people that I may have endangered. At the time, I had no idea I was even infected. I was careless and make no excuse. I hope my story serves as a warning and causes everyone to take this seriously. I will do whatever I can to support using my experience as [a] way to educate others and prevent the spread of this virus.

I am under great care and will fully recover. Thank you again for all your support. I encourage everyone to take all of the steps to stay safe and healthy. Love.”

Gobert made a lot of splash in the last few days, but not for the good reasons. After a press conference he had with the media, he jokingly touched all of the reporters’ microphones in an effort to mask the seriousness of the situation. A couple of days after that bad joke, the French native tested positive for the virus, earning the ire of not just the fans, but also his teammates as well.

The situation heated a lot more when reports broke out regarding Gobert’s carelessness in the Jazz locker room. ESPN’s Adrian Wojnarowski tweeted out that there were Jazz players who said that Gobert was “careless” in the locker room as he continue to jokingly touched his teammates and their belongings. It was indeed an embarrassing lesson to learn from for the 27-year old center.

But it turns out that Gobert is not taking this lesson lightly. The Jazz announced that the defensive big man has decided to donate more than $500,000, split to employees at the team’s home arena, to families affected by the virus in Utah and Oklahoma City, and to his countrymen at France.

Gobert also penned his heartfelt thoughts upon making the donation, as per NBA.com.

“I am humbled by the tireless efforts and care of people around the globe for those affected by COVID-19, especially my own communities of Utah and France, in addition to my appreciation for the state of Oklahoma and my care there, and of course, my Utah Jazz family.

I know there are countless ways that people have been impacted. These donations are a small token that reflect my appreciation and support for all those impacted and are the first of many steps I will take to try and make a positive difference, while continuing to learn more about COVID-19 and educate others. Much gratitude, RG.”

While Gobert’s carelessness has certainly put a lot of people’s lives in danger, we should already refrain from pointing fingers amidst this global epidemic. Gobert has already made the necessary steps to apply the lessons he learned from his mistake, so it is up to us to move on from the animosity and focus on taking care of ourselves.

“Thanks to everyone who has been reaching out since hearing the news about my positive test. We are all learning more about the seriousness of this situation and hopefully people can continue to educate themselves and realize that they need to behave responsibly both for their own health and for the well being of those around them. I appreciate the authorities in Oklahoma who were helpful with the testing process and everyone from the @utahjazz who have been so supportive. I am going to keep following the advice of our medical staff and hope that we can all come together and be there for each other and our neighbors who need our help❤🕷”

At least from the perspective of a lot of people, Mitchell was the first direct casualty of Gobert’s carelessness. It does not help that Mitchell arguably hinted his disgust towards his teammate, masked with one of the lines of his statement that pointed out to a person’s need to be educated on the implications of the virus and be responsible for their behaviour.

This is an unfortunate setback for Mitchell, who just garnered the first All-Star selection of his career this season. The 23-year old shooting guard is norming career-high numbers of 24.2 points, 4.4 rebounds and 4.2 assister per contest, including a decent 36% clip from the three-point line.

Ever since testing positive for the virus, Mitchell has released a video of him saying that he is just fine while also expressing his gratitude towards all the fans and the people who poured in their support in these very difficult times.

“We’ve tried to be proactive as far as communicating internally. To raise awareness and to also alleviate concerns that aren’t as founded.

There’s small things that we can do that have been recommended to us by people that know. We had a meeting this morning with a group of experts so-to-speak from the U. which was good as far as alleviating some concerns, fears, raising awareness and education. I think that’s the main thing.

There’s direction that will continue to be provided to us and then there’s a lot of little things that we can do. The other thing is not build them up in your mind where you’re creating more issues for yourself psychologically.”

Snyder, who started as a 26-year old assistant coach for the Los Angeles Clippers during the 1992-93 season, has already been with the Jazz for the last seven years. There is no doubt that this is the heaviest problem he has handled as Utah’s head coach as this is not just about winning on the court.

As a respected voice in the locker room, it is his responsibility to be an assuring figure. Let’s not forget that players like Mitchell are still young, and that they need all the encouragement that they could have. That is not to mention the growing tension building up within the team, with reports saying that Jazz players are frustrated with how Gobert has taken the situation very lightly before coming out with positive results on the virus.

Snyder, 53, has compiled a 268-206 record as head coach of the Jazz. With the current season arguably on hold for the next couple of months, his priority will be on ensuring the safety of his players and negating any tension in the locker room.