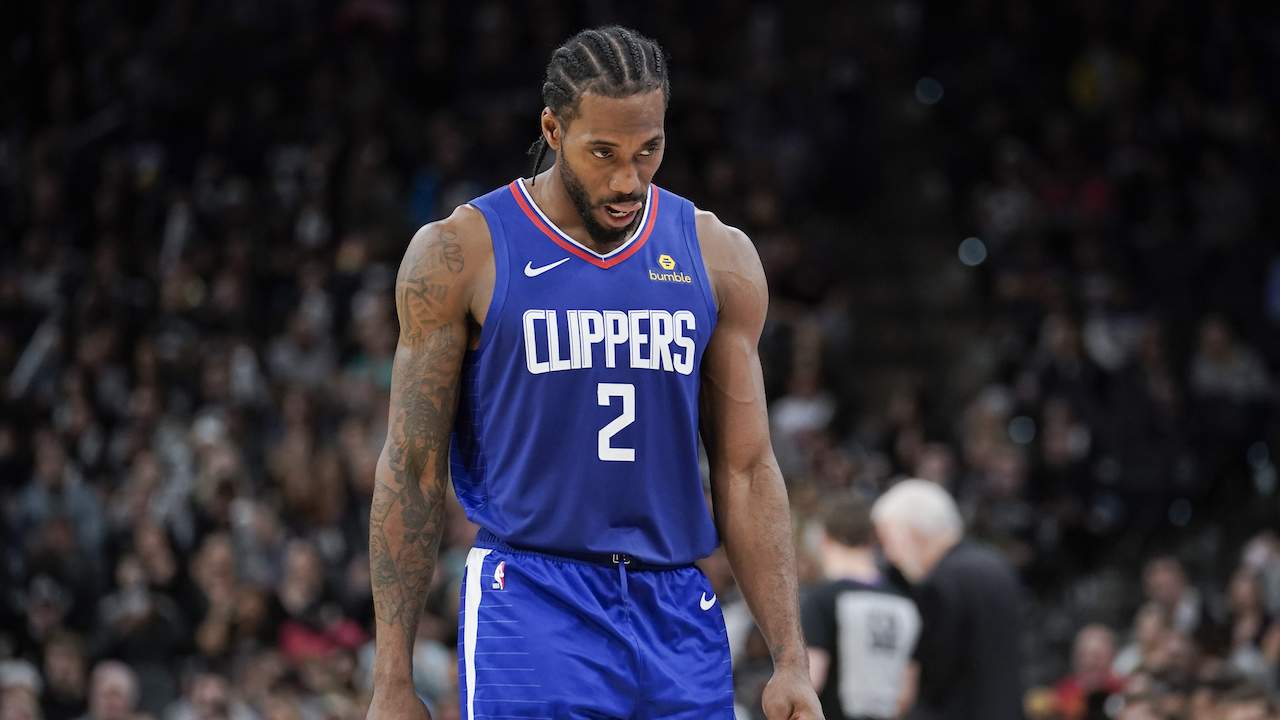 After a season-long process of undergoing load management, Los Angeles Clippers superstar Kawhi Leonard will not restricted anymore. As per ESPN’s Ohm Youngmisuk, Clippers head coach Doc Rivers said that the team will not be limiting Kawhi’s minutes when the season restarts on July 30. The Clippers are tasked with a tough first assignment against LeBron James and the Western Conference-leading Los Angeles Lakers.

However, Rivers was also quick to say that they will be “wise” in pacing Kawhi’s conditioning, especially towards the more important games in the playoffs.

Clippers coach Doc Rivers said there are "no limits" on his star player but that the team will proceed cautiously and be smart about ramping Leonard up for postseason play. Leonard did not participate in training camp and did not play in the second of back-to-back games this season as he managed a knee issue.

"I don't know that yet," Rivers said of how he plans to use Leonard in the eight  seeding games prior to the postseason. "But no limits. Kawhi is healthy for the most part. That still doesn't mean that we don't want to maintain him and get him through the first eight games and get ready for the playoffs. We want to be smart  about this."

Kawhi, who signed with the Clippers last summer to join forces with co-star Paul George, sat out some games this season as part of the load management program he was in. He also went through the same process with the Toronto Raptors during the 2018-19 season, a fruitful year that ended with his second championship and second Finals MVP trophy.

There are tons of people who would criticize players being managed in terms of playing time, but there’s no doubt that it works. Kawhi was pretty much fresh throughout the 2019 playoffs, helping him lead an underrated Raptors squad all the way to the championship stage.

Leonard also expressed his excitement towards the season restart, and emphasized that it will be like a preseason atmosphere in the bubble for the next couple of weeks.

"You usually have three months and then come in for a training camp, have a couple practices, then you've got the preseason games. That's pretty much the mindset. But like everybody knows, you only get eight games to get ready for the postseason. But pretty much just take that same timeline to prepare yourself.

Everybody knows their body and knows what they need to do, so I mean, it's going to     be my first practice today, so we're going to go out and see how I feel and then just go from there, just keep building off of that. But nobody knows."

With Leonard and George fully-healthy and ready to go, even Golden State Warriors star Draymond Green believes that the Clippers are the favorites to win it all. There were initial worries that three-time Sixth Man of the Year Lou Williams will sit out, but it has become apparent that the spitfire gunner will indeed play in the Orlando bubble.

But even if there was a situation that Williams will not be playing, the Clippers will still be in good condition. We can’t forget that they have a solid supporting cast that features Montrezl Harrell, Reggie Jackson, Patrick Beverley, Landry Shamet and Marcus Morris. They also have an excellent coach in Rivers, so it seems like this powerhouse Clippers squad has every base covered.

Along with Leonard’s path to recovery, it is also reported that George is now a hundred percent healthy. The All-Star has been battling a bothersome shoulder injury all season long, but the NBA’s lull time gave him the much-needed break to recover from it. As per Kurt Helin of NBC Sports, George expressed his joy in knowing that he will not be hampered by any injury in the season restart at Orlando.

“I had insecurities throughout the season just because I wasn’t all the way 100 (percent), shoulder didn’t feel back to 100 (percent). The very thing was kind of waiting and hoping, believing in the doctors that everything they were telling me was going to come into this moment now where I feel great, no shoulder issues. The whole season, all the way up until maybe a month or two ago, I had to always do shoulder rehab stuff, warming the shoulder up. Just so much went into stuff I had to do before I actually took a foot on the floor. Now I feel great again.

For this team, man, I think our aspirations, again, this time off has given us what we needed. We had some guys that was banged up, nagging injuries. The more time gave us more time for us to aid those injuries and to get back to 100.”

There were some worries regarding the Clippers’ sudden cancellation of practice yesterday, but it is becoming apparent that it could just be because the team wanted to give the players a day-off.

Davis won’t place social justice message on back of jersey

Los Angeles Lakers star big man Anthony Davis will not put a social justice message on his jersey when the season restarts on July 30. He will be following teammate LeBron James’ decision of staying in the status quo and having their last name on their respective jerseys.

In a video conference call he had with the media, Davis cited the importance of his surname as his inspiration in playing basketball. But the All-Star would also hint that he is not against the social justice messages, and that it’s just a matter of having his own choice of showing what he stands for. (h/t Mark Medina of USA TODAY Sports)

"The name 'Davis' is something that I try to represent every time I step on the floor. I was kind of torn between the two. I didn’t know what to decide. Should I have a social justice message or should I have my last name there?

I just think my last name is something that is very important to me. Social justice is as well, but it’s just holding my family name and representing the name on the back to go through this process. ... There’s people who’ve been with me through my entire career to help me get to this point."

Before Davis made this decision, LeBron already made up his mind of not putting a message on his jersey. The country is in the midst of social inequality issues that stemmed from police brutality and racial discrimination. Even their teammate, Dwight Howard, hesitated in participating in the season resumption as he believed that it should be his priority to fight against these issues.

However, it is also important to note that by not putting on a social message, LeBron doesn’t have any ill will towards it. The four-time NBA Most Valuable Player reiterated that it would have been better if he had a say on the list of allowed messages, as per ESPN’s Dave McMenamin. The league recently released a list of social justice messages that the players are allowed to choose from.

"I actually didn't go with a name on the back of my jersey," James said on a video conference call with reporters. "It was no disrespect to the list that was handed out to all the players. I commend anyone that decides to put something on the back of their jersey. It's just something that didn't really seriously resonate with my mission, with my goal.

James was also one of the first players to say that playing in the Orlando bubble could provide them with a much bigger platform to advocate their principles and beliefs against social inequality.