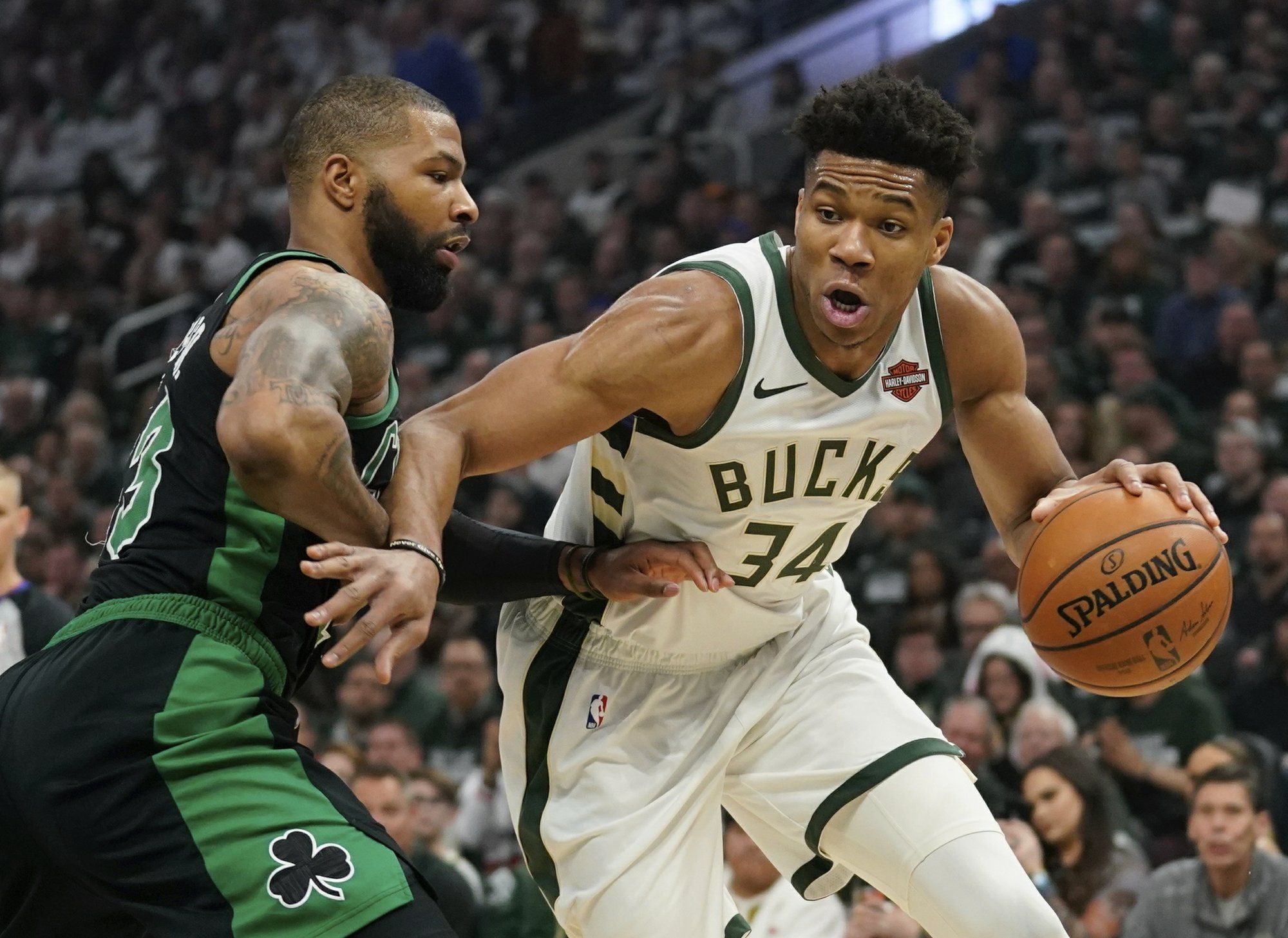 Ignited by a big-margin Game 1 loss, Giannis Antetokounmpo and the Milwaukee Bucks bounced back with a resounding 123-102 victory over the Boston Celtics to knot their semi-final series. Antetokounmpo again took over the scoring mantle as he finished with a game-high 29 points, on top of 10 rebounds, 4 assists and 2 steals. But unlike in the first game, the Greek Freak got plenty of help from his teammates. All-Star forward Khris Middleton came through with an efficient outing of 28 points and 7 rebounds, including a stellar 7-10 clip from three-point territory. Eric Bledsoe also made up for his forgettable series opener performance as he contributed 21 points, 5 assists and 2 blocks in the win.

With an inspired third quarter performance where they outscored Boston 39-18, the Bucks were able to turn a four-point halftime lead to a massive 25-point advantage entering the deciding quarter. Milwaukee never looked back from there. Aside from their offensive efficiency that saw them shoot an incredible 43% clip from beyond the arc, the Bucks were also able to limit Celtics superstar Kyrie Irving to just 9 points and a lowly 4-18 outing from the field. The Bucks did most of their defensive damage through multiple switches, something that Bledsoe pointed out as their focus of preparation before the game, per Matt Velasquez of the Milwaukee Journal Sentinel.

“In Game 1 we got beat one-on-one, screen-and-roll, (Al) Horford popping getting wide open looks. When we looked at it in film, we just thought that was the right  thing. Coach Bud did a great job, his staff did a great job of making adjustments.

In the playoffs, you’ve got to make adjustments and that’s one of the biggest   adjustments we made.”

Boston stretch forward Marcus Morris topscored for the squad with 17 points and 7 rebounds, while Al Horford chipped in 15 points, 8 boards and 3 assists. The point of adjustment for the Celtics moving forward is how to counter the Bucks’ switching defensive scheme, and also how to involve and get more open shots for Kyrie.

Kevin Durant again showed why he has what it takes to take the title of the best player in the planet as he led the Golden State Warriors to a 115-109 beating of the Houston Rockets in Game 2 of their semi-final match-up. Durant dominated on both ends of the floor as he finished with 29 points, 5 rebounds, 4 assists, 2 blocks and 1 steal. Klay Thompson netted 21 points, 5 boards and 3 steals, while Stephen Curry overcame a dislocated finger injury to return to the game and scatter 20 markers, 5 assists and 2 interceptions.

The game saw both teams’ superstars shake off concerning injuries – Steph with the badly dislocated finger and James Harden with an eye injury after being accidentally swiped by Warriors forward Draymond Green. Fortunately, both stars returned to the game but the defending champs were able to hold the fort when Harden came out firing in the fourth quarter.

Green says that the much-talked about officiating mistakes in Game 1 were not present in the second game, even mentioning that it was a “great officiated game”, per the Associated Press.

"Tonight I think it was a great officiated game. They let us be physical, both teams, and they made the calls they needed to make. It was kind of disheartening for a game that I love since I was a child to see the talk over the last two days was nothing about basketball and everything about foul calls. Is that what this game is coming to?"

Harden again led the way for the Rockets as he produced 29 points, 7 rebounds and 4 assists. Chris Paul chipped in an all-around stat line of 18 points, 7 boards, 6 assists and 3 steals, while Clint Capela completed a double-double of 14 markers, 10 rebounds and 2 blocks. However, Houston gave away way too many offensive rebounds to the Warriors as the defending champs pounced on the second chances with 18 offensive boards. For the Rockets to be successful in Game 3, they have to take care of the rebounding department and get more production from their second unit.