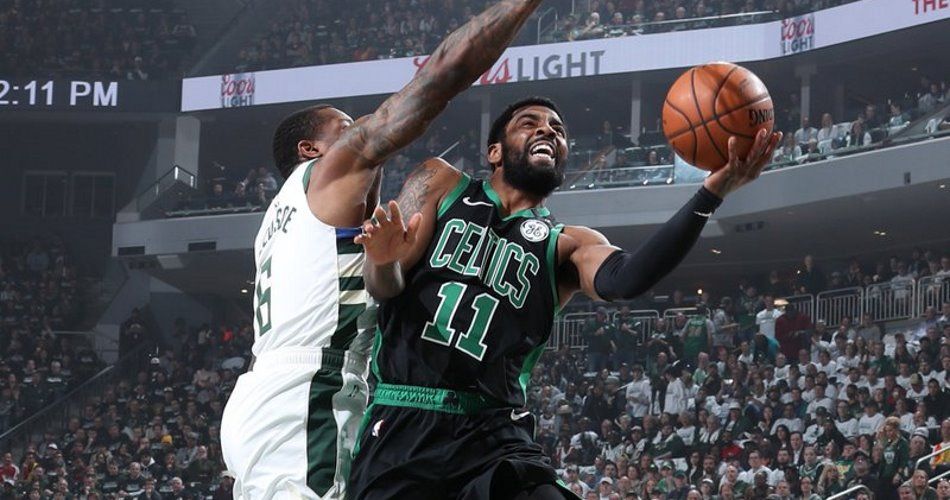 Al Horford and the uprising Boston Celtics turned in a masterful defensive performance as they surprise the Milwaukee Bucks with a 112-90 beating in Game 1 of the Eastern Conference Semi-finals. All-Star point guard Kyrie Irving led the way for the visiting team with 26 points, 11 assists and 7 rebounds, while Horford also came through with his own double-double of 20 points, 11 rebounds, 3 assists and 3 blocks. Horford, the 32-year old defensive big man, was the Swiss Knife that he is on both ends of the floor, even blocking Bucks superstar Giannis Antetokounmpo twice in a single possession. Boston limited Milwaukee to just 17 points in the opening quarter, setting the defensive tone of the game. Jaylen Brown chipped in 19 markers and Gordon Hayward stabilized the second unit with an all-around performance of 13 points, 5 assists and 4 rebounds.

Horford says that the team’s overall defensive effort particularly on Antetokounmpo was their main priority in preparing for the game, per Nicole Yang of Boston.com.

“I just think that our group, we all understood how we needed to defend and how  dangerous he is once he gets it in the paint. We had a couple breakdowns, but for the most part, I feel like everyone was very aware. Our guards did a really good job of  helping and closing down lanes and things like that. We just wanted to challenge him and contest every shot as best we could. I felt like we were able to do that tonight.”

Despite an unusually inefficient night that saw him miss 14 of his 21 total shots, Antetokounmpo still finished with a team-high 22 points and 8 boards. His All-Star teammate Khris Middleton logged in 16 points, 10 rebounds and 6 assists, but the key point of adjustment for the Bucks moving forward is to improve on their lowly 35% clip from the field, and also defend Boston’s suddenly-surging offense better in Game 2.

As tough as advertised, the Houston Rockets posed a huge threat but the Golden State Warriors were able to hold off their relentless opponent and hack out a close-call 104-100 Game 1 victory. Kevin Durant continued his impressive scoring streak with 35 points, 5 rebounds and 3 assists, including consecutive clutch shots that provided the defending champs enough cushion in regulation. Stephen Curry only had 18 markers in the win, but hit the most important three-pointer of the night with only 24 seconds remaining in the final period. With the game tied at 89 with six minutes left, the Warriors mounted a mini 7-2 run capped by an Andre Iguodala transition dunk to give themselves a five-point lead. Rockets gunner Eric Gordon answered with a long three-pointer to cut the deficit to two, but Durant then clap-backed with two consecutive makes to put their lead back to five again. With only a little below a minute remaining on the clock. James Harden drove to the rim to convert on an and-one opportunity to cut the lead to 100-98. Then that was when Curry, the two-time league MVP, did his thing and hit a difficult trifecta that proved to be the dagger of the night.

Warriors head coach Steve Kerr says that Durant’s impressive string of outstanding scoring performances is a wonder to behold, per the Associated Press.

Harden, the league’s front-runner for the MVP award this season, topscored for the Rockets with 35 points, 6 assists, 4 rebounds and 3 steals. Gordon contributed 27 markers, while star point guard Chris Paul, who was strangely ejected in the dying seconds, had 17 points, 4 assists and 3 interceptions. Clint Capela, the Rockets young budding big man, had an ineffective outing of only 4 points and 6 rebounds in the stinging defeat.