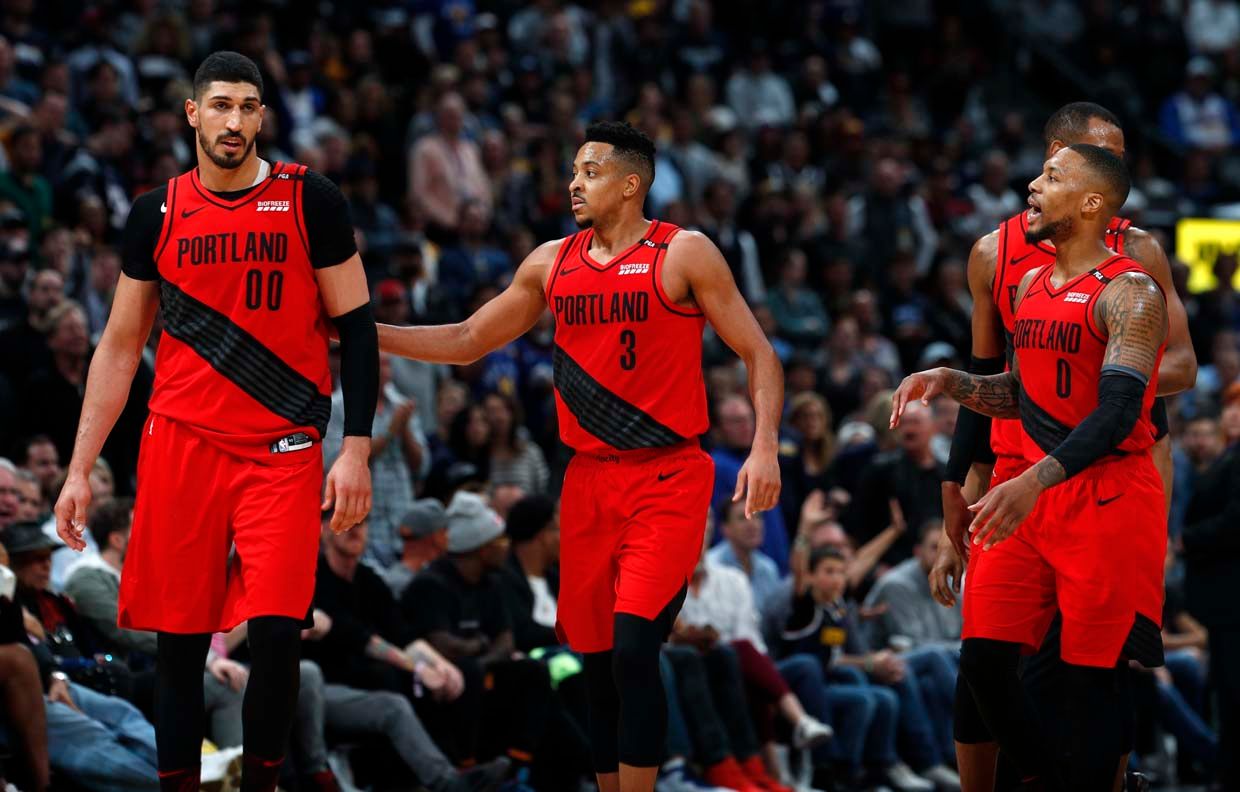 Boosted by an effortful defensive performance, the Portland Trail Blazers carved a low-scoring 97-90 victory over the Denver Nuggets to even their semi-final series. Blazers shooting guard CJ McCollum led the way for Portland with 20 points, 6 rebounds and 6 assists, while starting center Enes Kanter poured in all-around numbers of 15 points, 9 boards, 2 steals and 2 blocks. Despite their star point guard Damian Lillard struggling as he finished with only 14 markers, the Blazers got plenty of contribution from their bench unit. Rodney Hood led the second unit with 15 points, 3 rebounds and 3 blocks, while Zach Collins contributed 10 points and 6 boards.

McCollum says that the team’s second unit brought out much-needed intensity, something that the Blazers desperately need if they want to beat other elite contenders, per Martin Rogers of USA TODAY.

"They were great tonight. When they're involved in the offense, they play better defensively and they brought it tonight, and we're going to need that the rest of the  way."

Jokic came through with another double-double night of 16 points, 14 rebounds and 7 assists, while point guard Jamal Murray tallied 15 points and 7 boards in the loss. Despite a poor shooting night that saw the team make only 35% of their shots, including a lowly 21% clip from beyond the arc, Nuggets head coach Mike Malone believes that his players are still getting the open looks that they wanted. However, he wants his squad to adjust when their shots aren’t falling, per Alex Labidou of Nuggets.com.

“We were getting such open looks that I understand our players shooting the shot, but when you’re not having a night where you’re making shots consistently, you got to attack the basket. You have to put pressure on the rim, you have to think attack instead of settle and I thought in the first half we didn't have that mindset."

With the series tied at 1 and Game 3 slated in Portland, expect an all-out war between the two uprising Western Conference contenders.

Despite lingering pain from his left knee, All-Star center Joel Embiid came up big for his squad as the Philadelphia 76ers defeated the Toronto Raptors with a resounding 116-95 Game 3 victory. Feeding off the energy and enthusiasm from their hometown crowd, Embiid produced his best game of the series with an impressive stat line of 33 points, 10 rebounds, 3 assists and 5 blocks. Jimmy Butler contributed a near triple-double night of 22 points, 9 boards, 9 assists and 3 steals as Philly take command of the series with a 2-1 advantage over Toronto. It was only an eight-point lead for the home team entering the deciding quarter, before they unleashed a 27-14 ending kick to finish off the Raptors.

Butler, who was seen encouraging Embiid to shoot more on offense, praised his superstar teammate for displaying his full offensive repertoire, per Kevin Arnovitz of ESPN.

"We talked about getting big fella [Joel Embiid] the ball and making him make a lot of plays. Obviously, he is a force to be reckoned with, especially when he is making  trey balls like he does, but then attacking the rim at the same time. I think that's how we've got to play, you know: You get the ball to him, he's going to score, make the right play."

Yet, Embiid reiterates that it was the team’s overall play that gave them the important win. Despite the fact that they are only playing together for less than a year, their talent and teamwork have helped them be successful.

"The way we've been adjusting and the way we've been playing together, I still feel like we have so much potential, especially with Tobias [Harris], Ben [Simmons], JJ  [Redick]. Chemistry is overrated. When you have great basketball players on the  floor, it's easy. It's not that complicated. We all -- we're passers, we play slow, we're so unselfish. We understand that it's all about moving the ball."

The Raptors got another tremendous showing from star forward Kawhi Leonard, who had 33 points, 4 rebounds and 3 assists in the deflating loss. Pascal Siakam chipped in 20 markers, but Raps All-Star playmaker Kyle Lowry only had 7 points in Game 3.