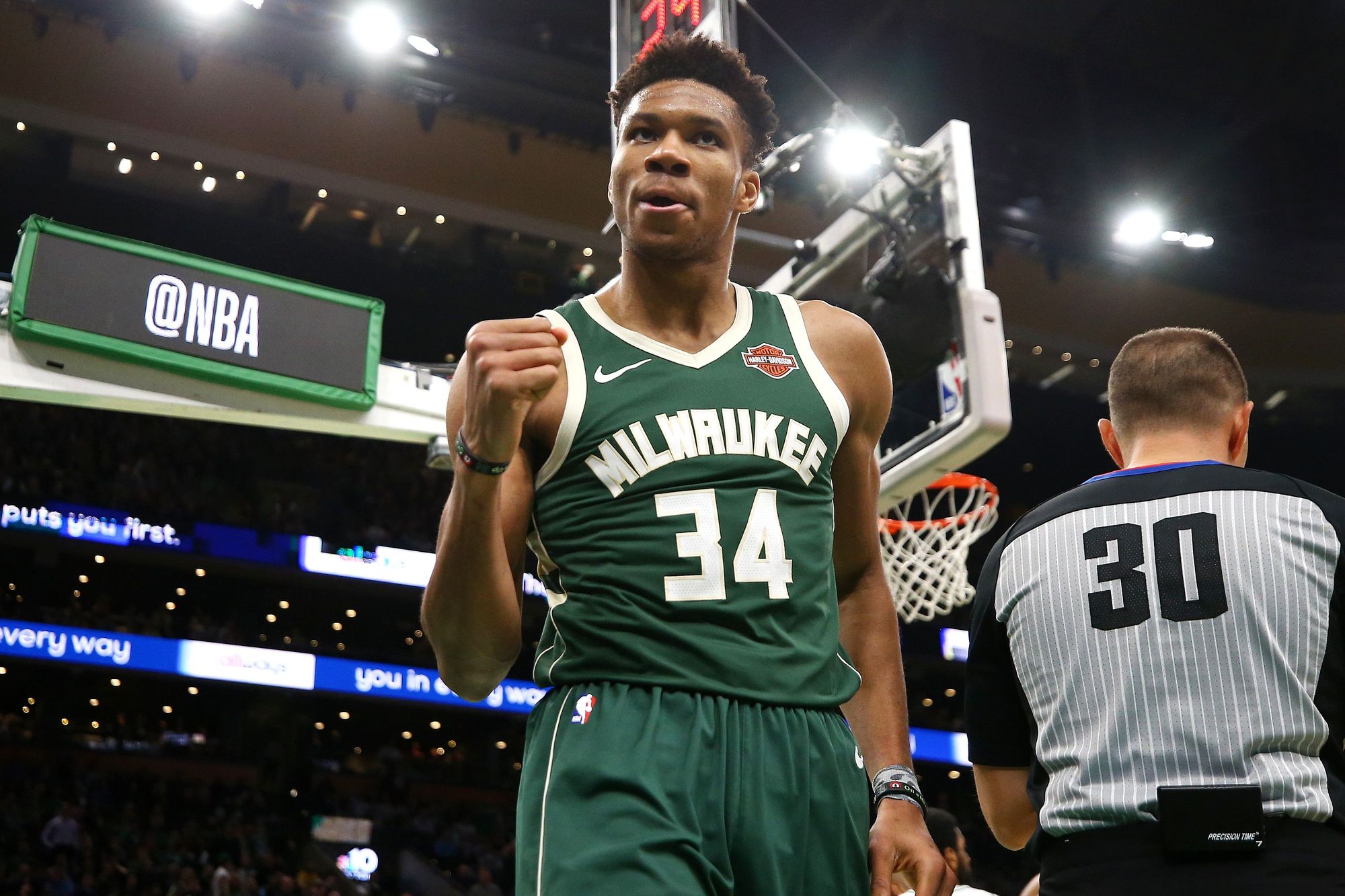 After starting out slow in the first quarter, Giannis Antetokounmpo and the Milwaukee Bucks made sure to turn on the switch the rest of the night as they defeated the Boston Celtics in Game 4, 113-101. Antetokounmpo again put up another double-double performance of 39 points, 16 rebounds and 4 assists, including a very efficient 15-22 overall clip from the field. With Khris Middleton and Eric Bledsoe only chipping in 13 markers apiece, George Hill and Pat Connaughton came off the bench to combine for 24 points and 14 boards. The Bucks actually trailed the Celtics by eight points after the opening period, but the league-leading squad were able to take command of the rest of the night, clamping defensively on the powerhouse Celts.

Still, the most important player for Milwaukee during the crucial Game 4 win was Giannis, who played 34 quality minutes. Bucks head tactician Mike Budenholzer was at a loss for words for his prized superstar, per the Associated Press.

"It's always hard to take out Giannis; let's start there. But at the end of the day, we  are conscious of trying to keep him fresh. It's hard to find the words (for) what he does for our team, both ends of the court. He's special, but he's very hungry. He wants more, and he's playing that way."

Kyrie Irving led Boston with 23 points, 10 assists and 6 rebounds, but mightily struggled from the field, making only 7 of his 22 shots and committing four turnovers. Veteran center Al Horford netted 20 points, 6 boards and 5 assists, while Marcus Morris and Jayson Tatum both produced double-double outings.

Morris, who was pretty steady in the loss, said that the team’s offensive woes quickly translated to a poor effort on the other end, per Mark Murphy of the Boston Herald.

“The difference is we’re just playing basketball. We’re playing the game plan, the ball is moving, and, I’m sorry to say it, but our offense is dictating our defense. We miss shots, we’re not getting back. I feel like we’ve been pretty soft.”

Despite the return of defensive ace Marcus Smart, the Celtics were still outclassed by the less experienced Bucks. With Game 5 slated in Milwaukee, the task of winning will get even more difficult for the green-and-white.

Not willing to sink into more misery, the Houston Rockets showed character and composure as they held off a late comeback attempt from the Golden State Warriors and come away with a 112-108 Game 4 victory. James Harden came through with another MVP-worthy performance of 38 points, 10 rebounds, 4 assists and 2 blocks, while Eric Gordon played second fiddle as he finished with 20 points and 4 boards. P.J. Tucker again proved to be an X-Factor as he poured in a double-double night of 17 points, 10 boards and 2 steals, while playing center and defensive anchor for Houston.

The Rockets also played tremendous perimeter defense in Game 4, limiting Stephen Curry and Klay Thompson to a combined five triples. Harden says that it was their defense’s priority to smother both shooters, per Kristie Rieken of the Associated Press.

"When you're dealing with these guys, if you let Klay (Thompson) and Steph (Curry) run around and shoot 3s you don't have no chance. The only chance we have is to be  in to their bodies and make every shot that they take contested."

Warriors star forward Kevin Durant impressed with another brilliant showing of 34 points, 7 rebounds and 5 points, while Curry snapped out of a scoring slump as he finished with 30 points, 8 assists and 4 boards. Golden State head coach Steve Kerr says that the team didn’t have “great shots for much of the night”, and that the defending champs have to be “more poised” in Game 5.

Warriors All-Star shooting guard Klay Thompson only had 11 markers in the loss, going 5-15 from the field and making just one of his six attempts from beyond the arc. To make matters worse, Golden State’s second unit has yet to show up in this series.